At the end of the nineteenth century, there were several migrant Tsonga craftsmen in the colony of Natal who carved hardwood figural staffs for sale to the emerging European market. Many British soldiers arrived in the region to fight in the Anglo-Zulu War of 1879 and then later in the South African War of 1899–1902, and they all wanted keepsakes to take home with them. As Colonel Henry Fanshawe Davies of the Grenadier Guards noted in a letter home in April 1879, “I bought a Zulu’s walking stick at Durban.”

The most famous of these Tsonga carvers worked in the region of Pietermaritzburg and Durban in the 1880s and 1890s and came to be known as the ‘Baboon Master’ in reference to staffs that he carved in the form of a baboon astride two male busts. He also crafted fine Zulu male and female figures, and it is now thought that his distinctive carvings were also used as ceremonial and prestige items by the Zulu.

The fine staff presented here features the hallmarks of his atelier. A robust baboon figure with a barrel chest, large head, and long legs is supported by two smaller male Zulu busts, which in turn are united below in a stirrup-shaped structure. Their hair, darkened with pokerwork, displays the characteristic ornament that signifies maturity and marriage; covered with a mixture of gum, charcoal, and oil, this distinctive coiffure, known as isicoco, employed a fiber or sinew ring into which the wearer’s hair was woven. This staff on offer is somewhat smaller than other examples we have previously handled, perhaps carved to be more portable and able to fit into a British soldier’s duffel bag. 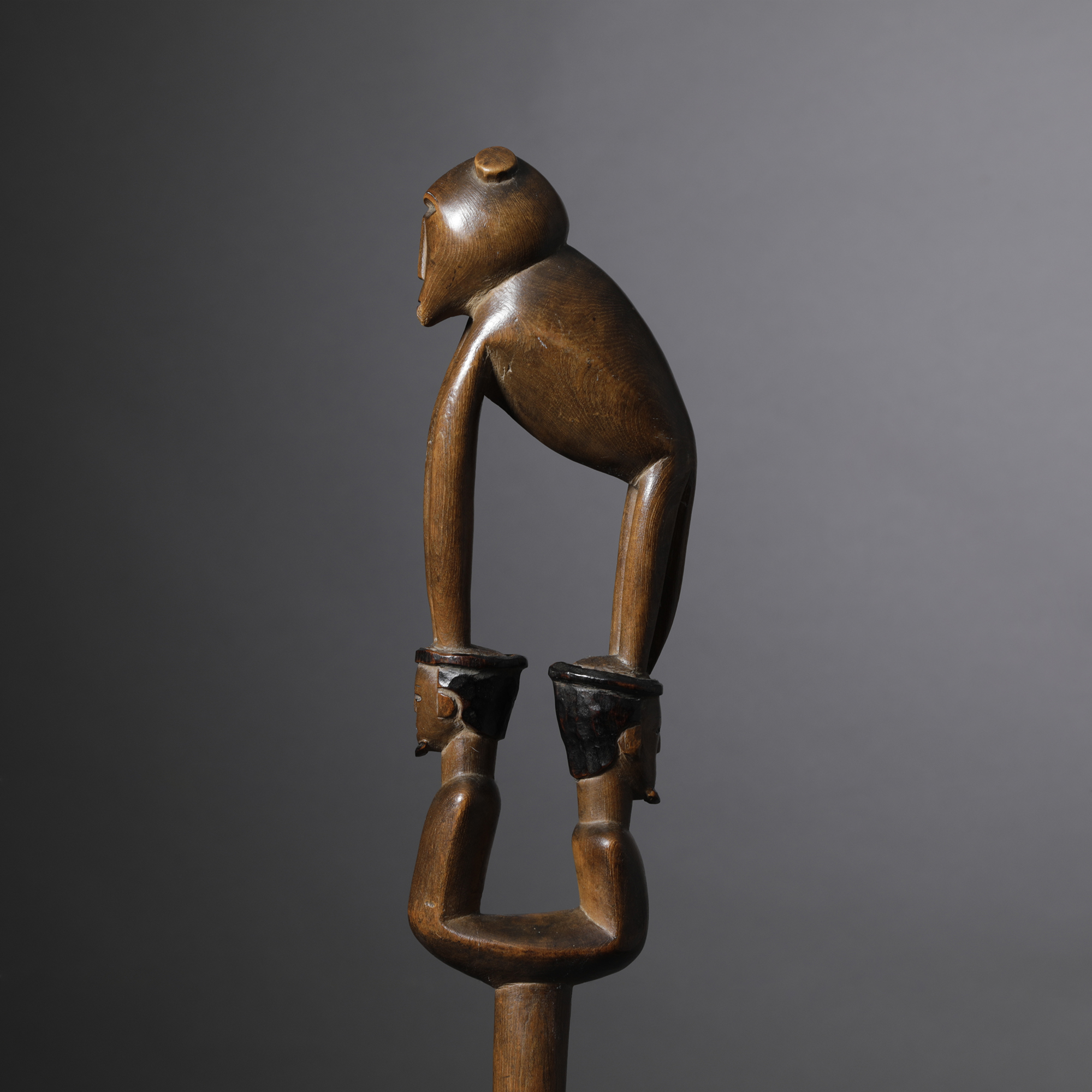 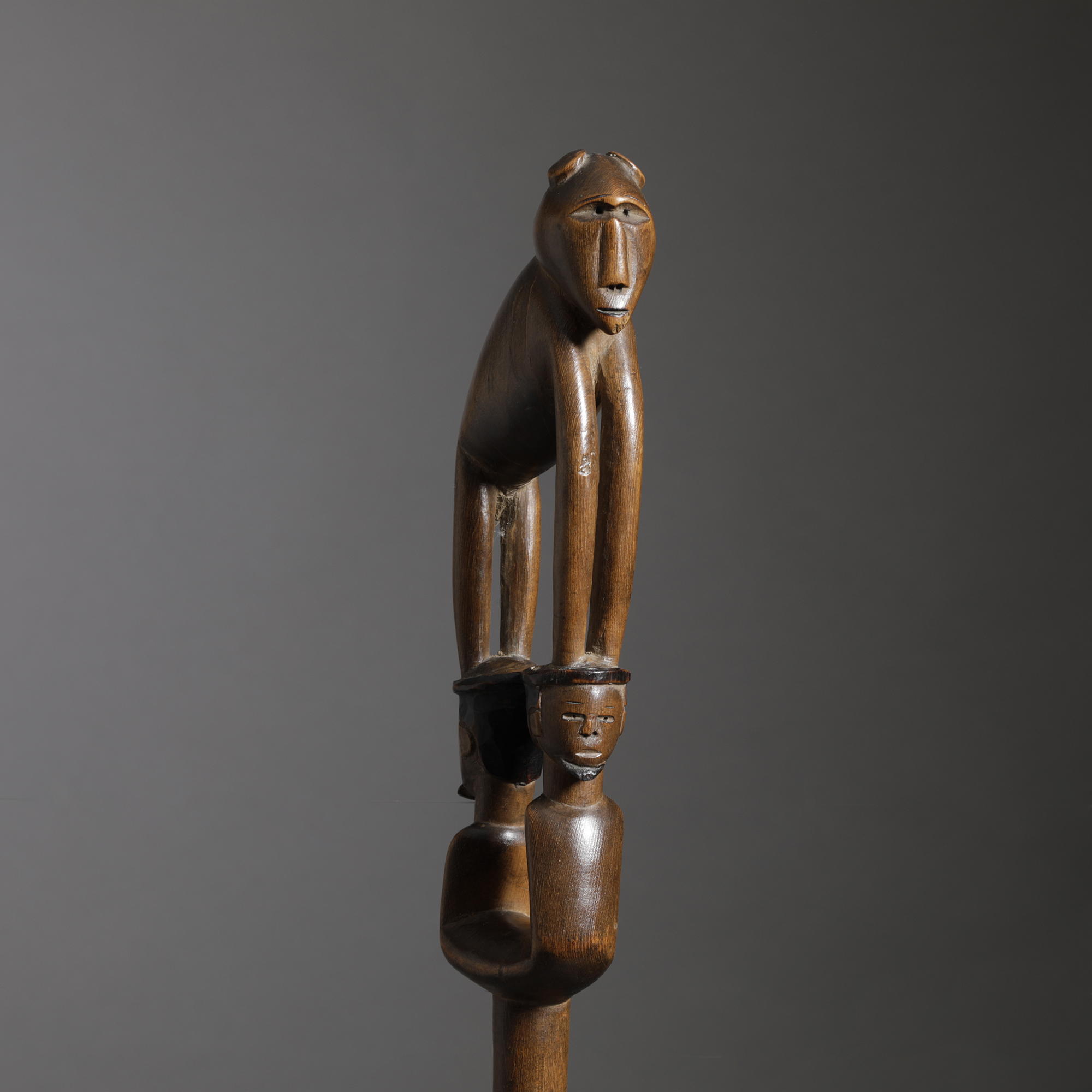 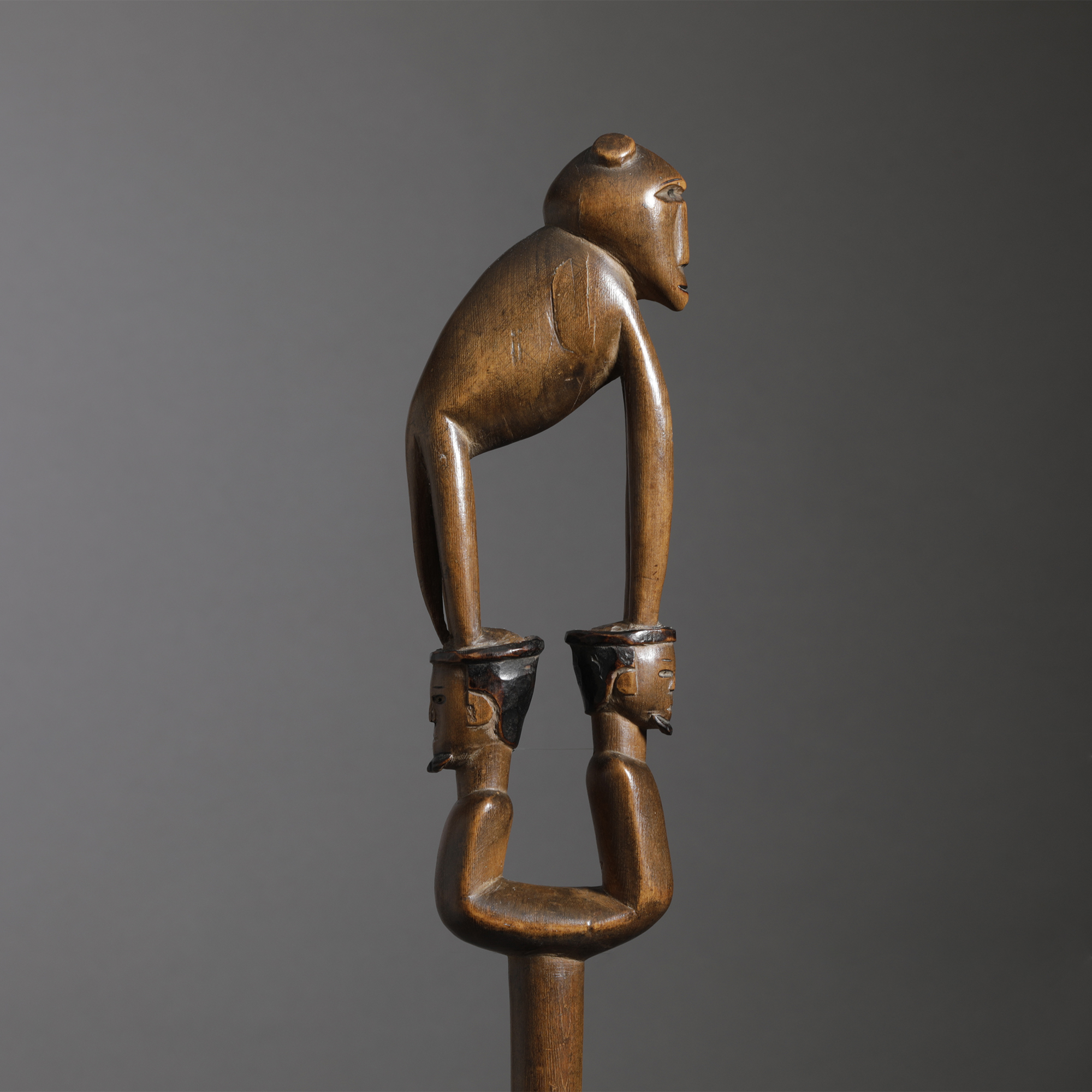 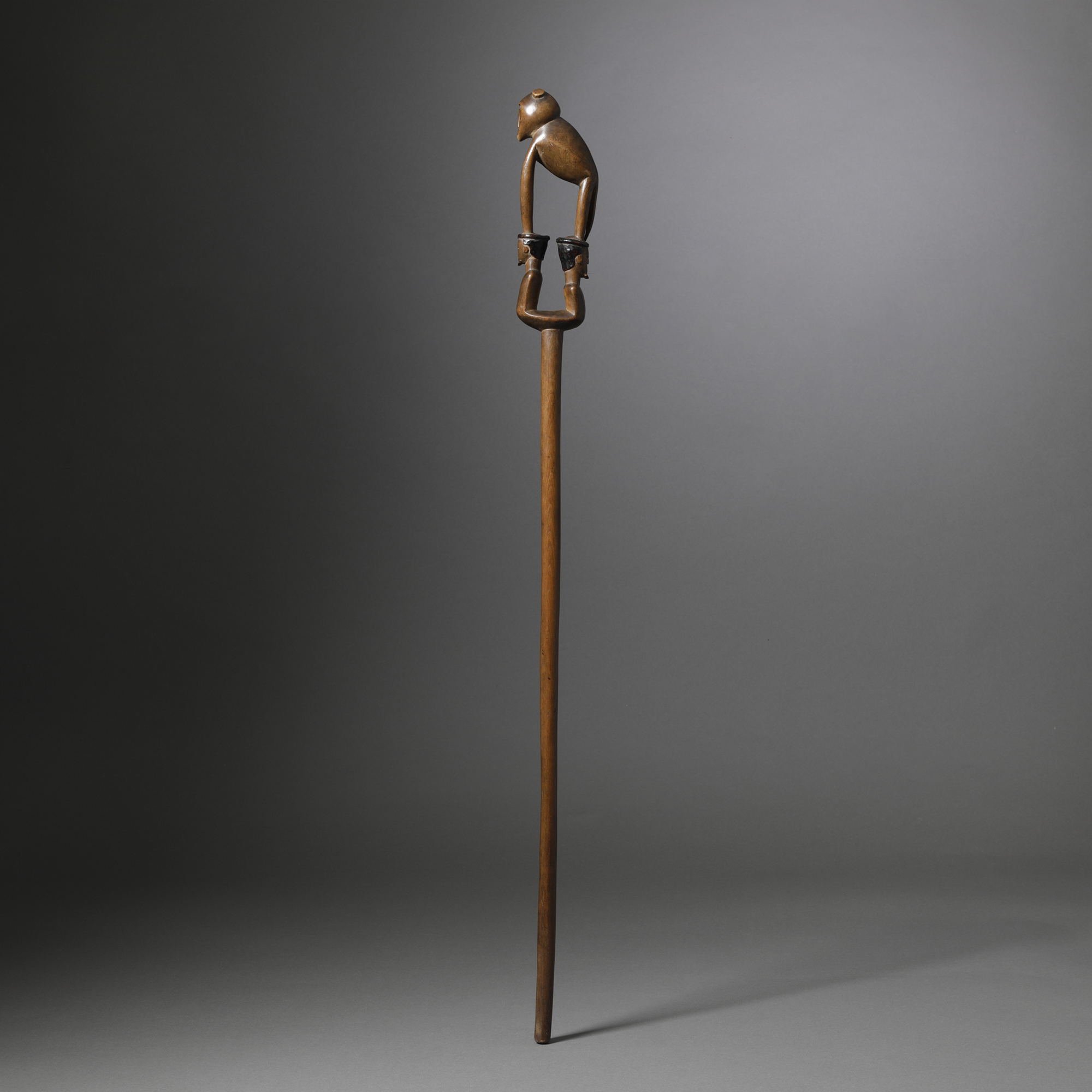