Virtually all aspects of the lives of Bamana men are governed and influenced by a group of six initiation societies collectively known as Dyow (or Jow). To be considered a complete and well-instructed individual, a man must pass through the learning and rites of all six societies, each of which is associated with its own emblematic mask. The final level in the Dyow sequence, which has as its mask that of the baboon (n’gon koun), is known as Kore. Members of this society have acquired the requisite level of ancestral and traditional knowledge to be reborn into the community as fully formed men.

The handsome n’gon koun presented here is of classic, elongated form, with a domed head tapering smoothly down to a narrow chin. A sharp brow overhangs pierced, rectilinear eyes set closely upon the narrow ridge of the nose, which reaches dramatically down nearly to the base of the mask. The earthy, rust-colored surface shows a heavily encrusted patina of ritual material, and holes for attachment are found pierced along the perimeter. 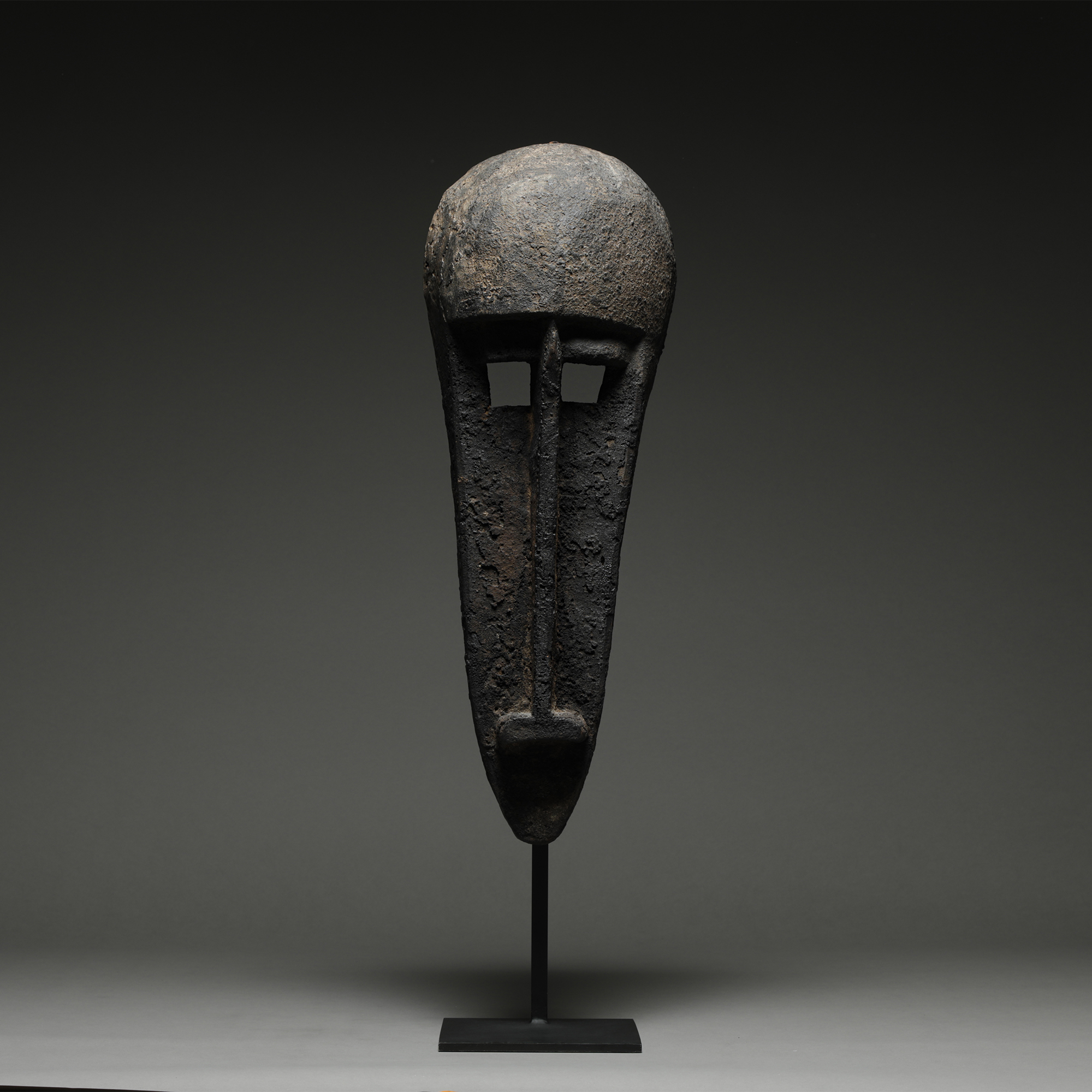 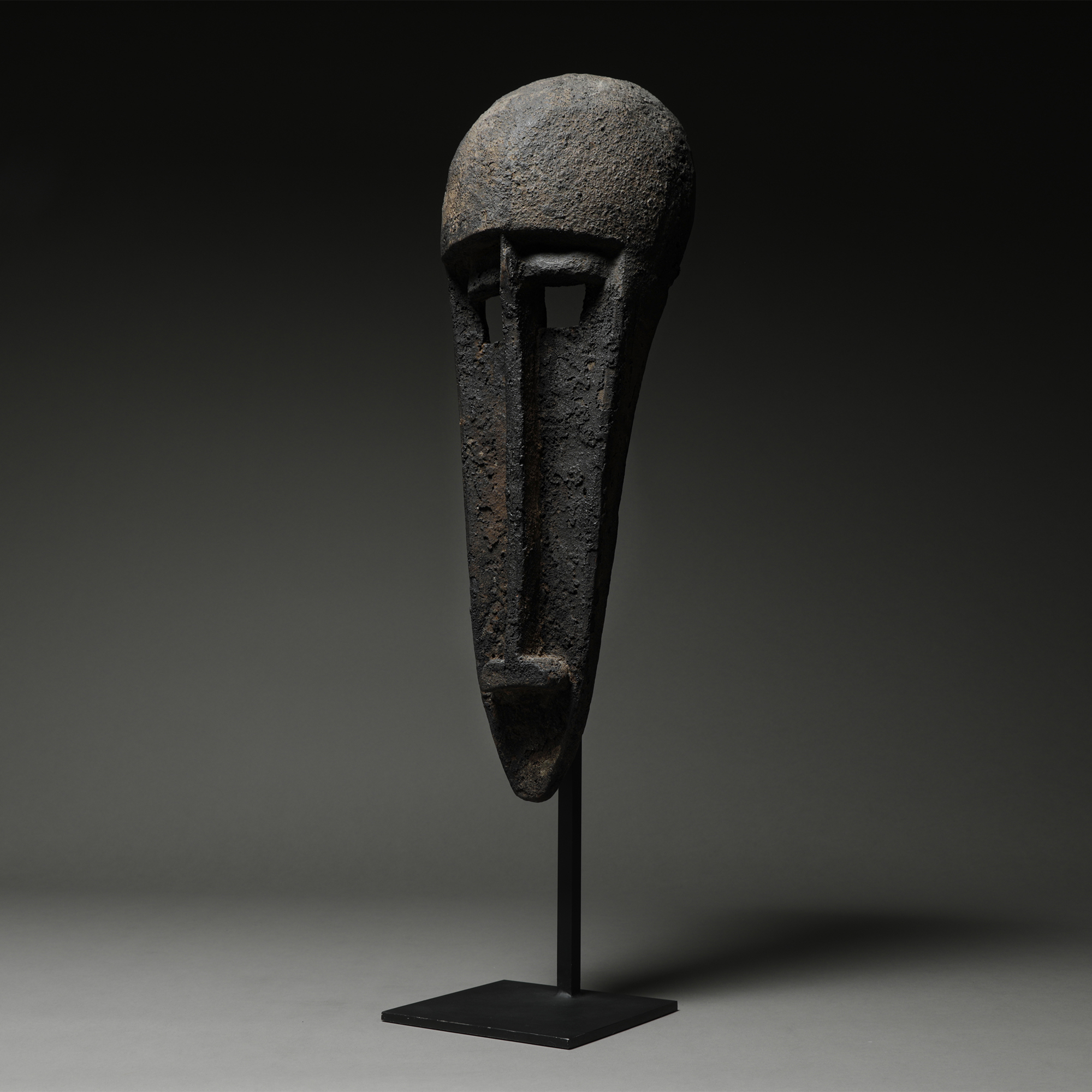 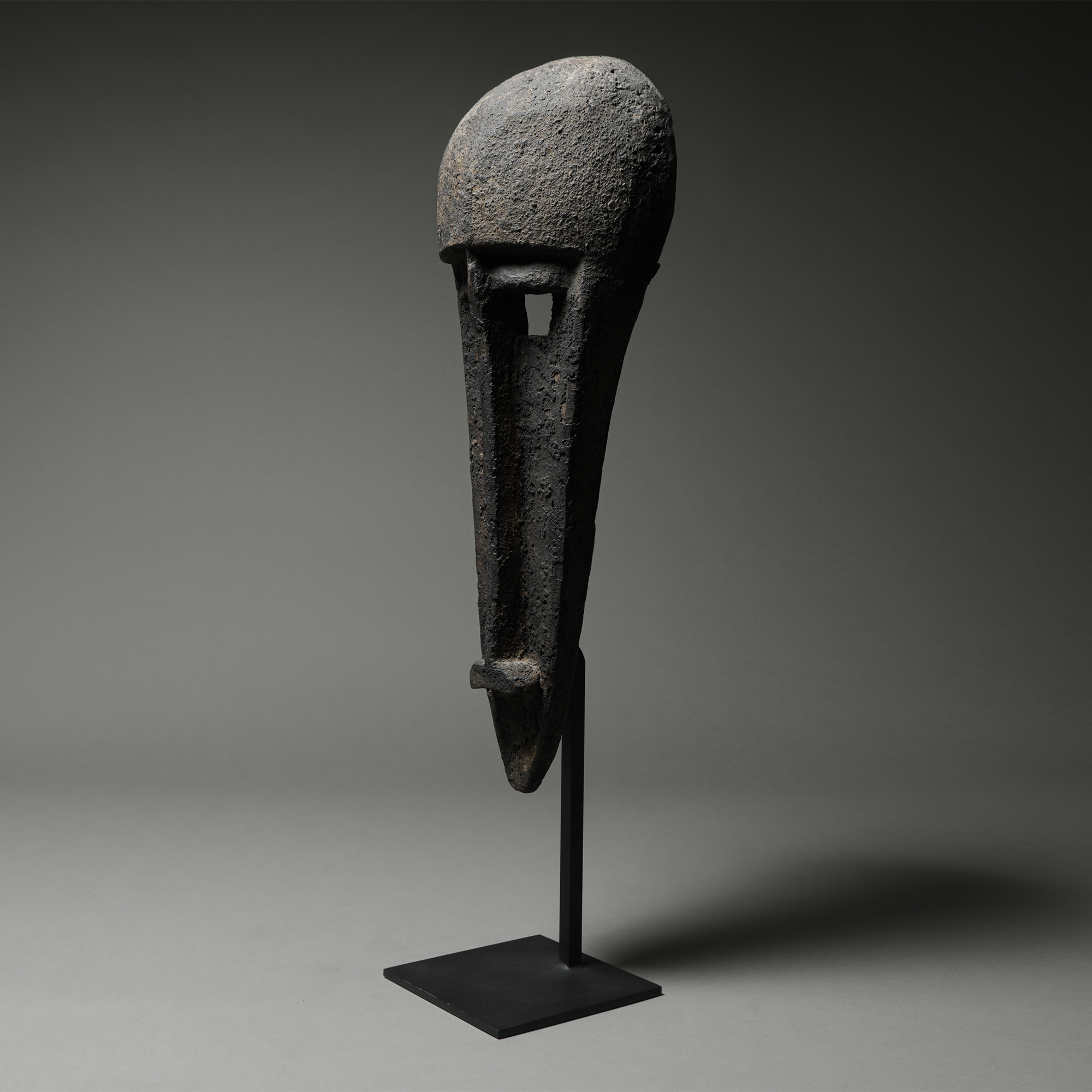