This exceptionally rare axe features a pointed, bilaterally symmetrical blade, roughly arrowhead-shaped, with extended, backward-angled wings. A horizontal bar, beveled and notched with chisel work, extends from the back of the blade and passes through the finial of the haft, which is carved with a stylized head. There it was hammered flat to hold the blade fast. The short, dark haft curves backward as it descends, ending in a hemispherical terminal. A small collection number label is found on the side of the haft near the finial.
‍

An axe almost identical to this one, collected in 1889, is held in the collection of the Haffenreffer Museum of Anthropology at Brown University. A second know example is in the Pitt Rivers Museum collection, Oxford and is attributed to the Bechuana people. Pittt Rivers acquired their axe from the Ipswich Museum. 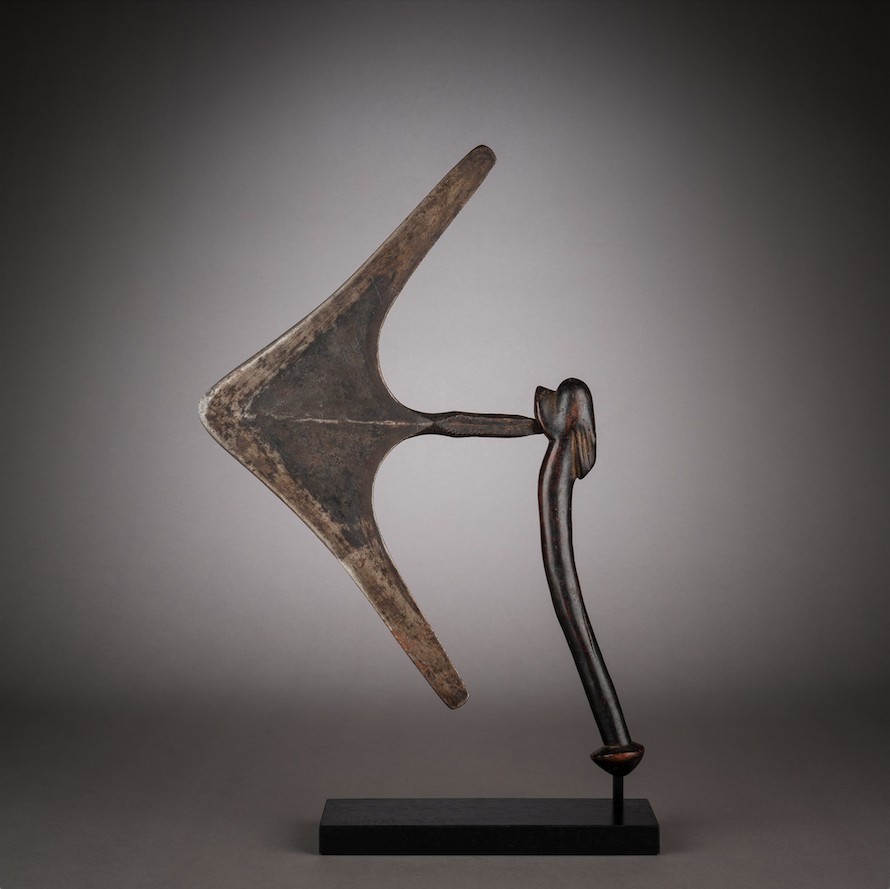 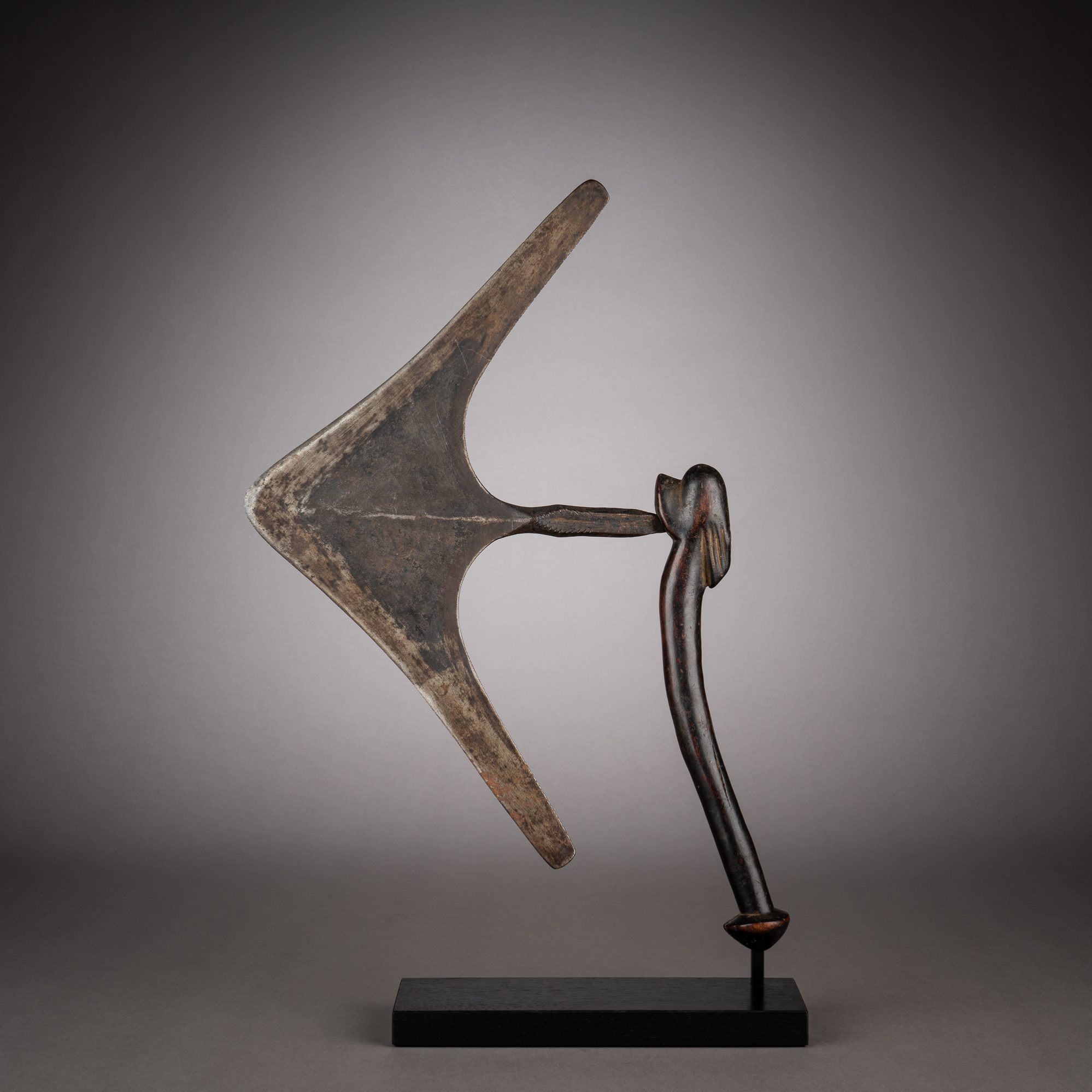 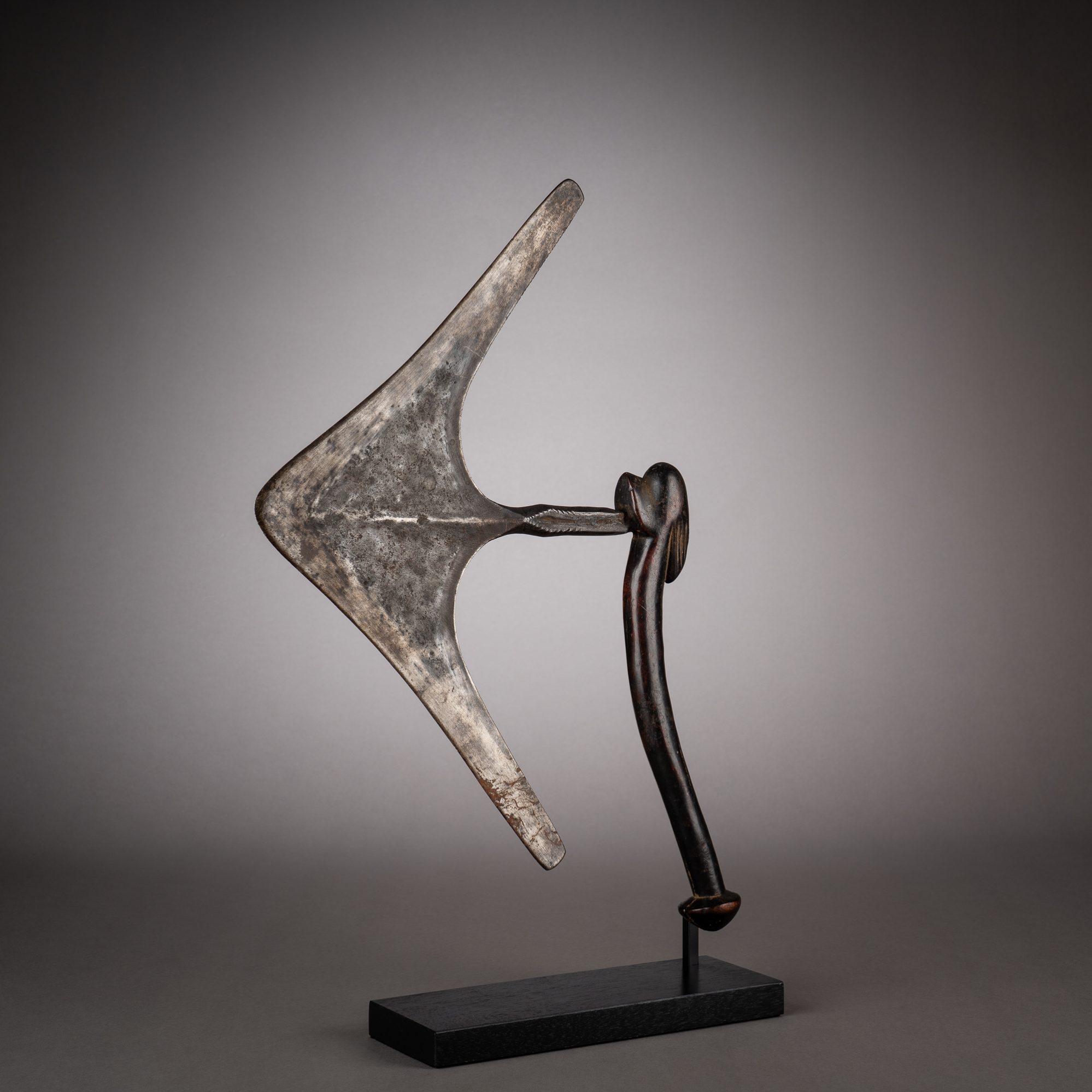 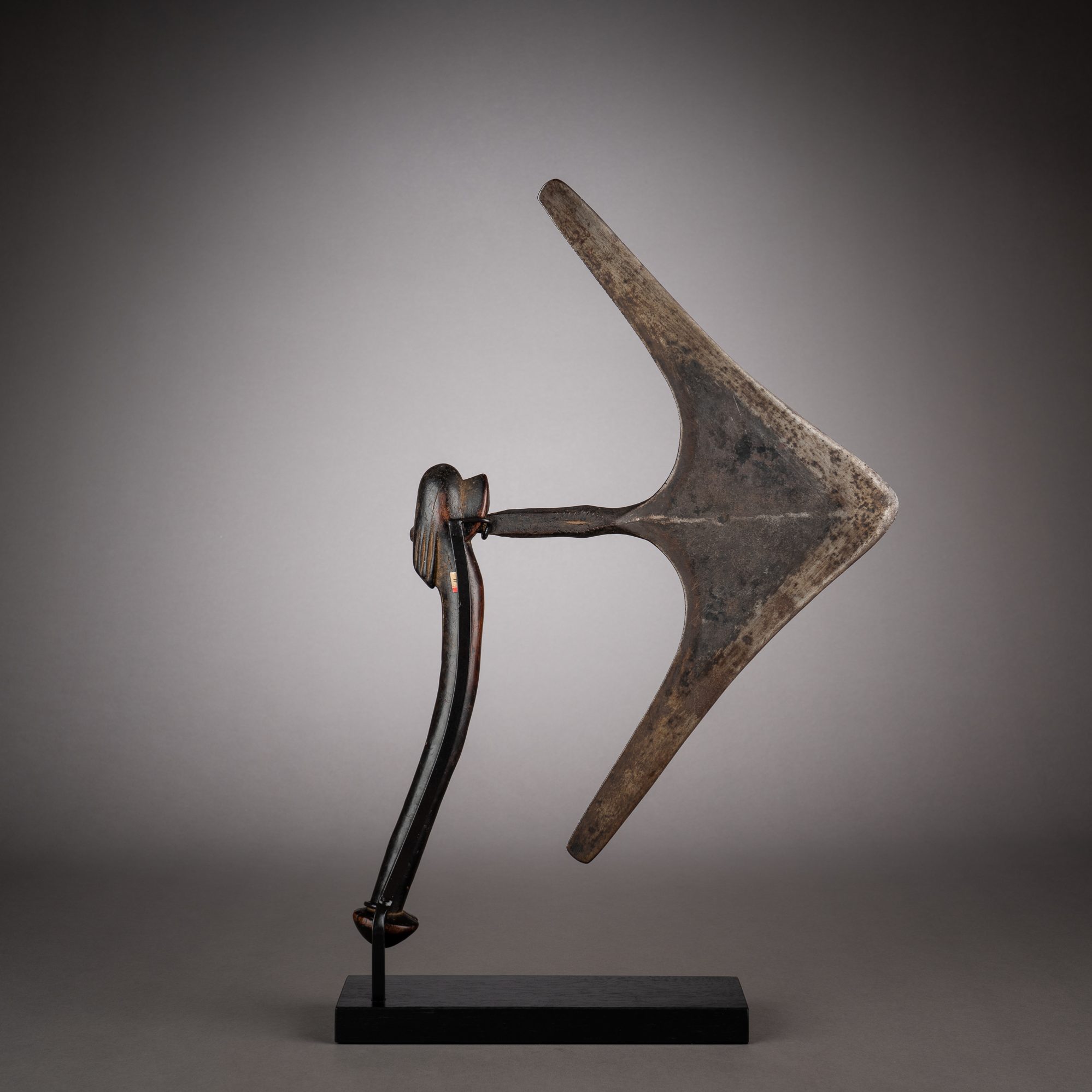 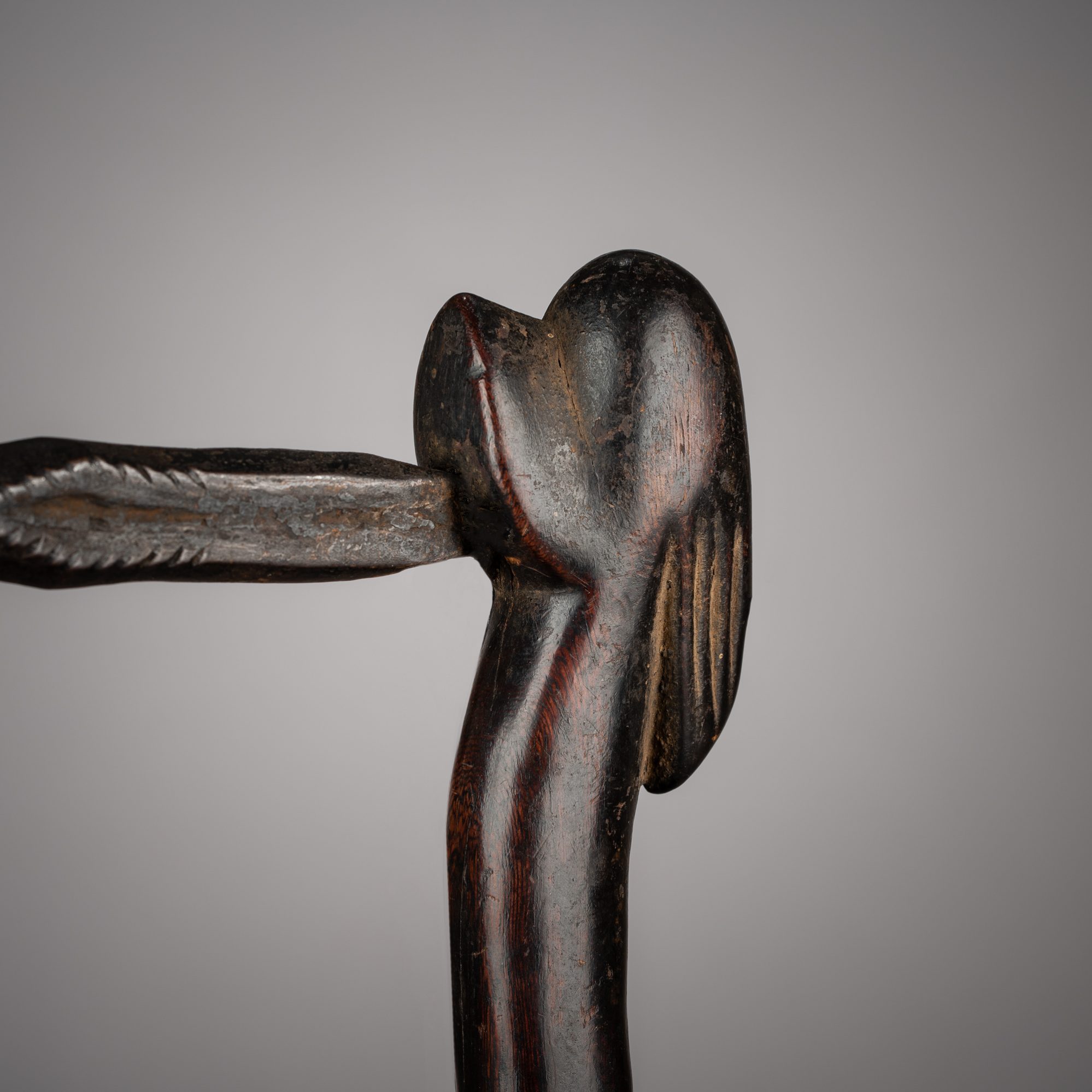