This exceptionally rare drag features an ivory toggle carved in the form of a seal, flippers cut in light relief and simple facial features indicated with small, blackened indentations. This charming figure was probably repurposed from a harpoon blade container. Adorning the body of the seal are a number of engraved stylized images depicting polar bears, human figures, whales, and other animals, which are cut into the surface with dark hatch marks.

Another example of a toggle with incised line drawings is in the Phoebe Apperson Hearst Museum collection and is published in their Catalogue Raisonné of the Alaska Commercial Company Collection (see plate 220, accession number 2-4267).

Drags were tools used by Arctic hunters to pull walruses, sea lions and seals across the ice after a successful hunt. Serving as a magical aid for both protection and hunting success, these talismanic carvings assisted the hunter in his arduous task. 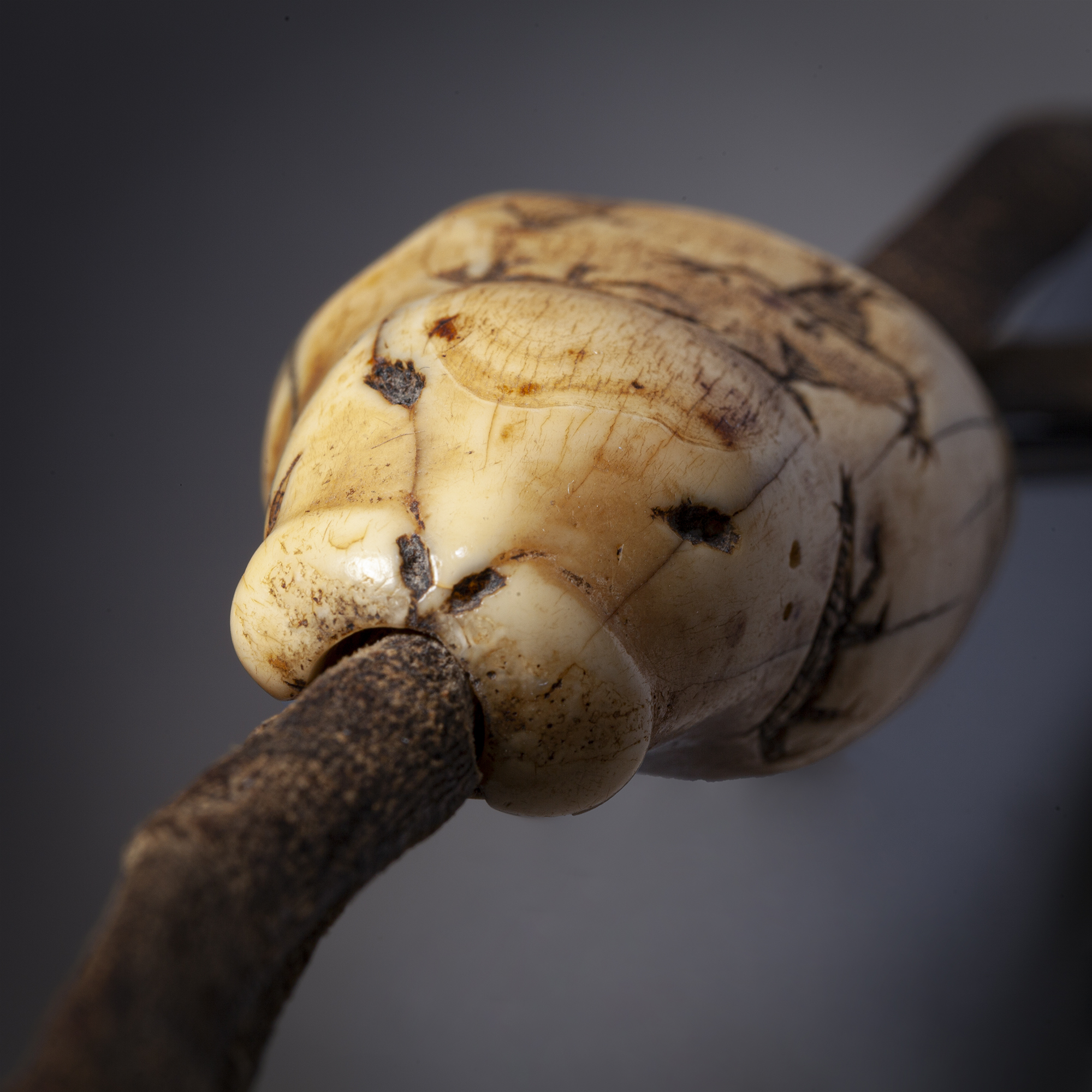 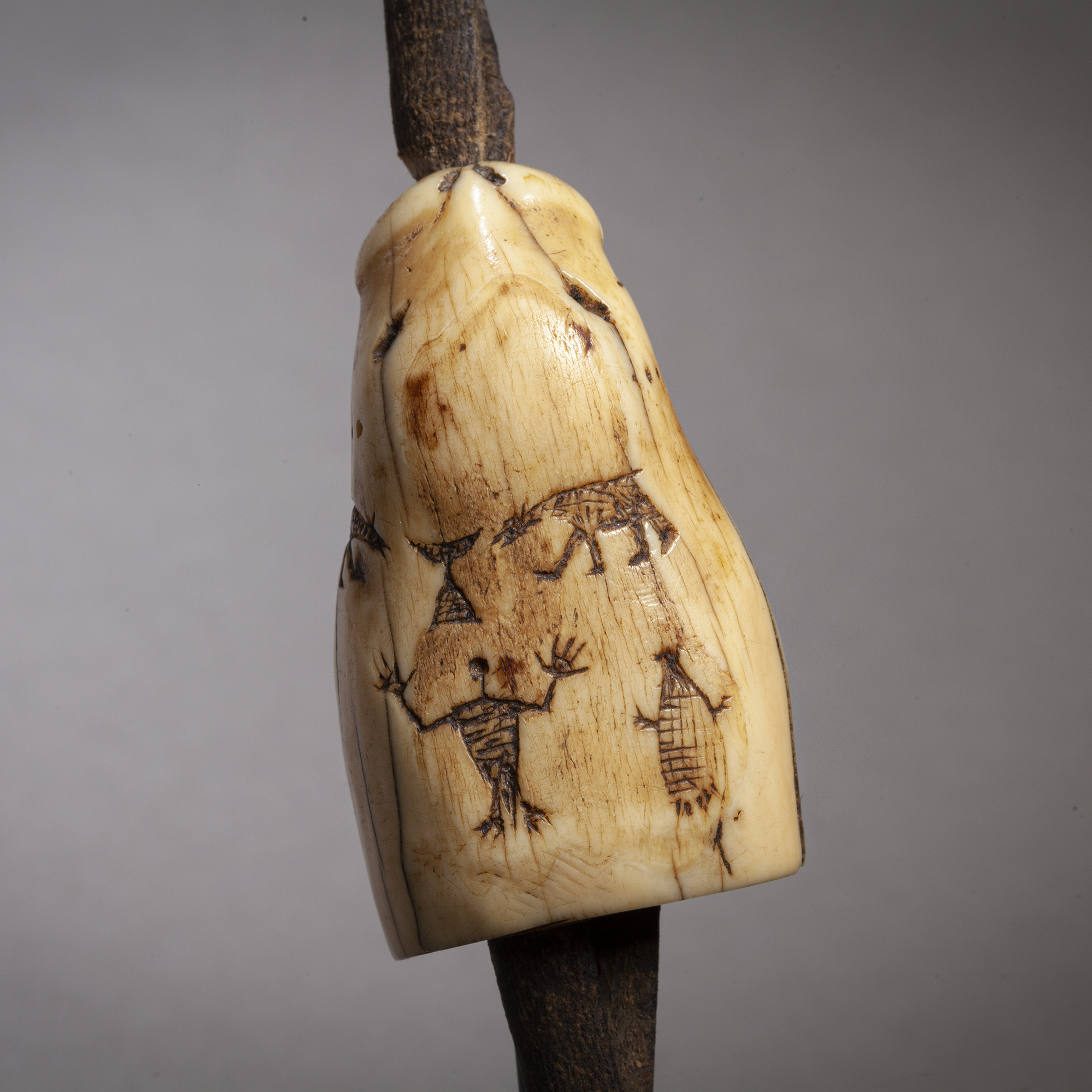 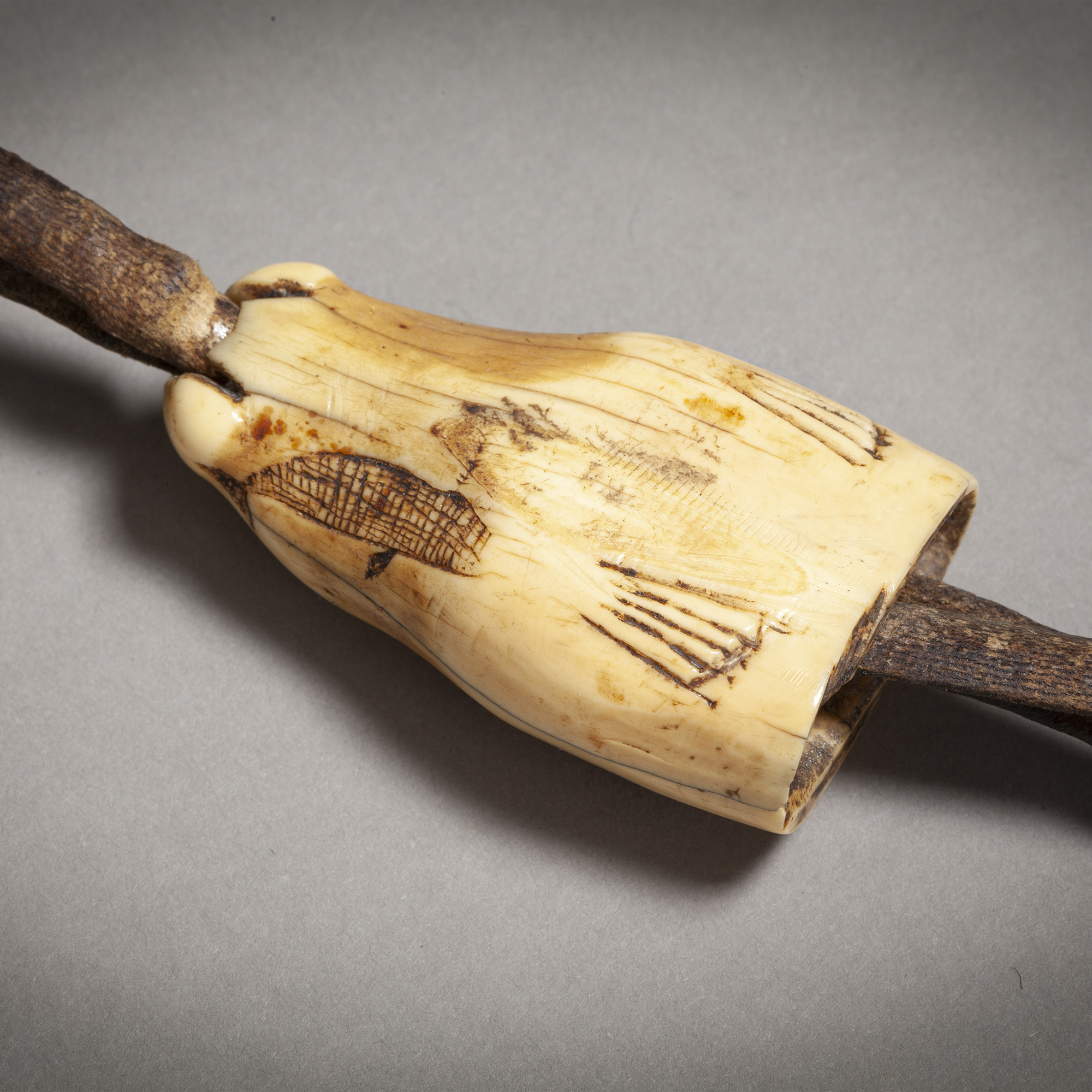 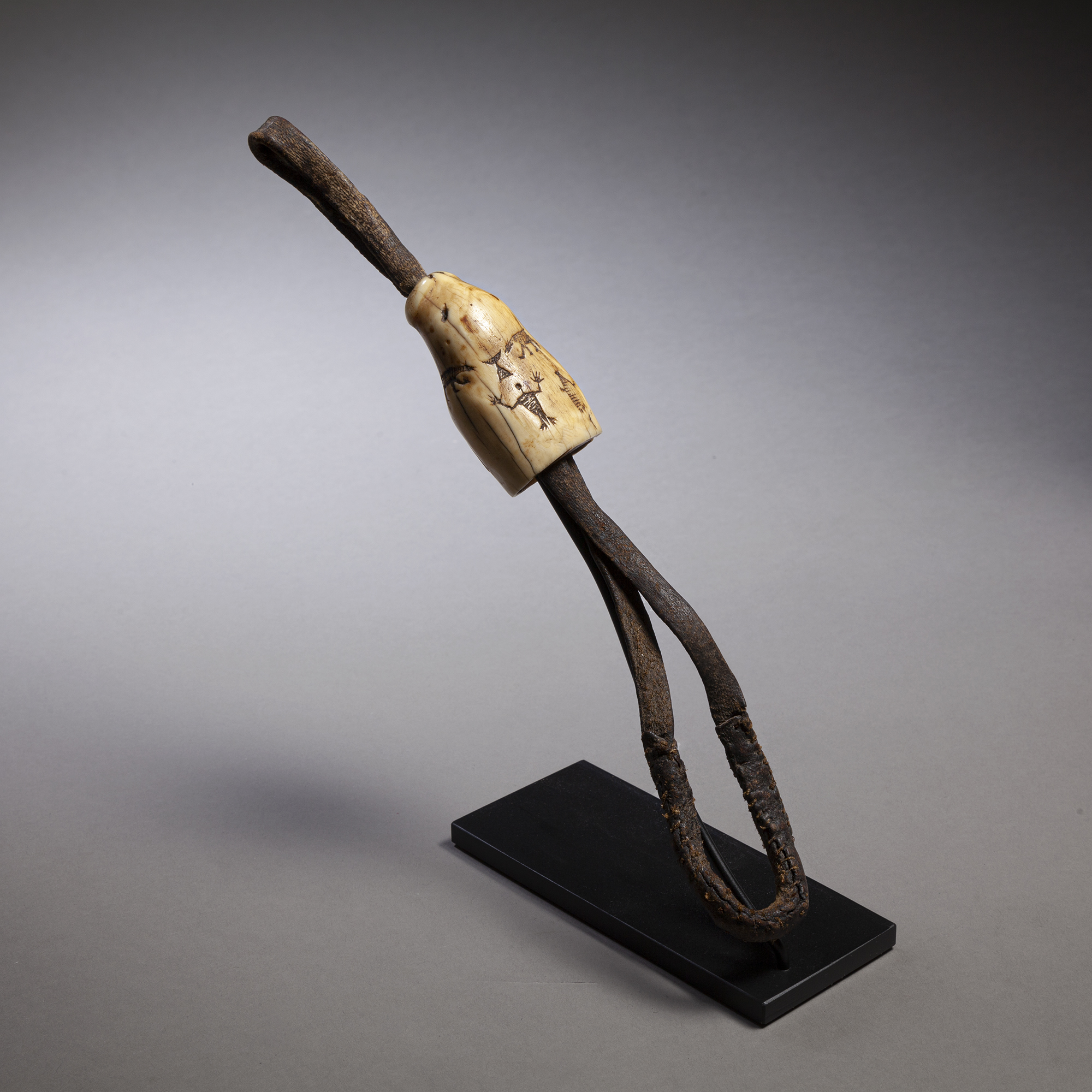 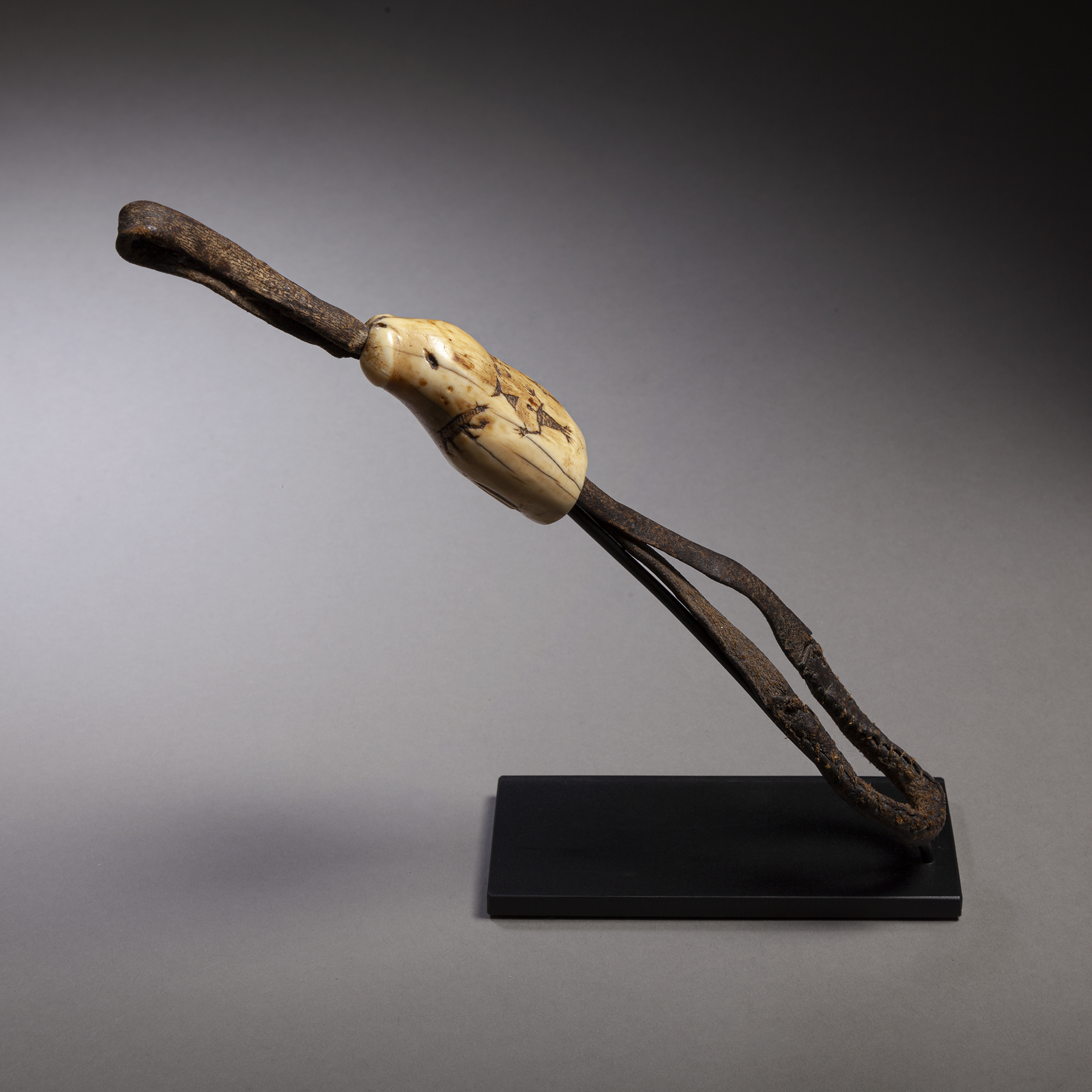