Engraved, as well as unornamented, ostrich egg shells were part of the household items of nomadic communities in southern Africa from the Middle and Late Stone age up until the twentieth century. Their value initially lay in their nourishing contents but, once empty, the light, strong, and durable shell served as a container for that most precious commodity, water. There is an especially high frequency of these shells in archaeological excavations in arid areas such as the Northern Cape and southern Namibia.

The designs adorning ostrich eggs were etched with a sharp implement, then blackened with ash. This example shows three quadrupedal animals, possibly mythic or dream creatures, drawn with hatched incisions and displaying both zoomorphic and vaguely insectile features. The largest of the trio is ridden by an abstracted human being. Above these figures floats an angular geometric design of unknown interpretation. The top of the egg is pierced by a small hole, which would have been sealed with a small stopper of wood, grass, or beeswax. 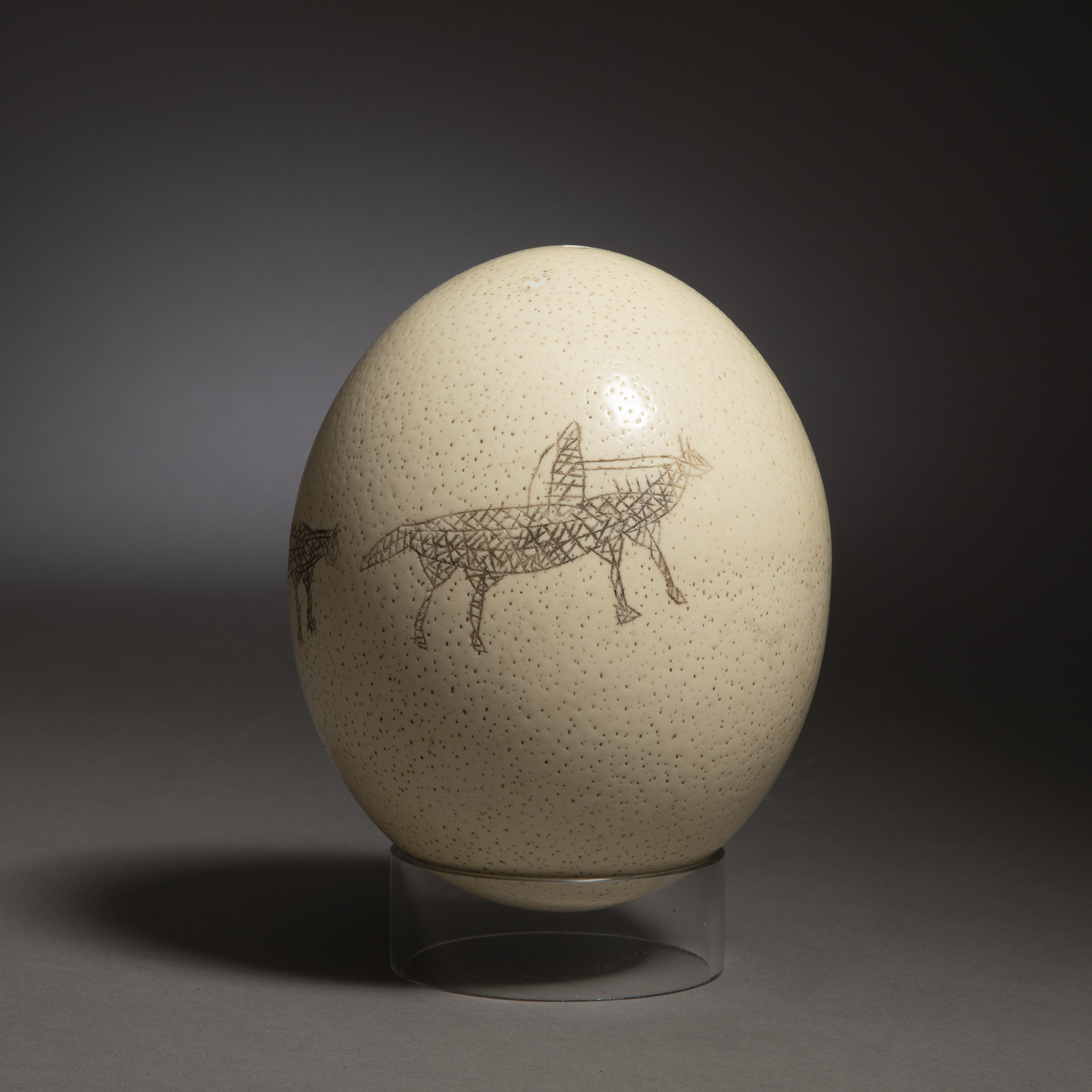 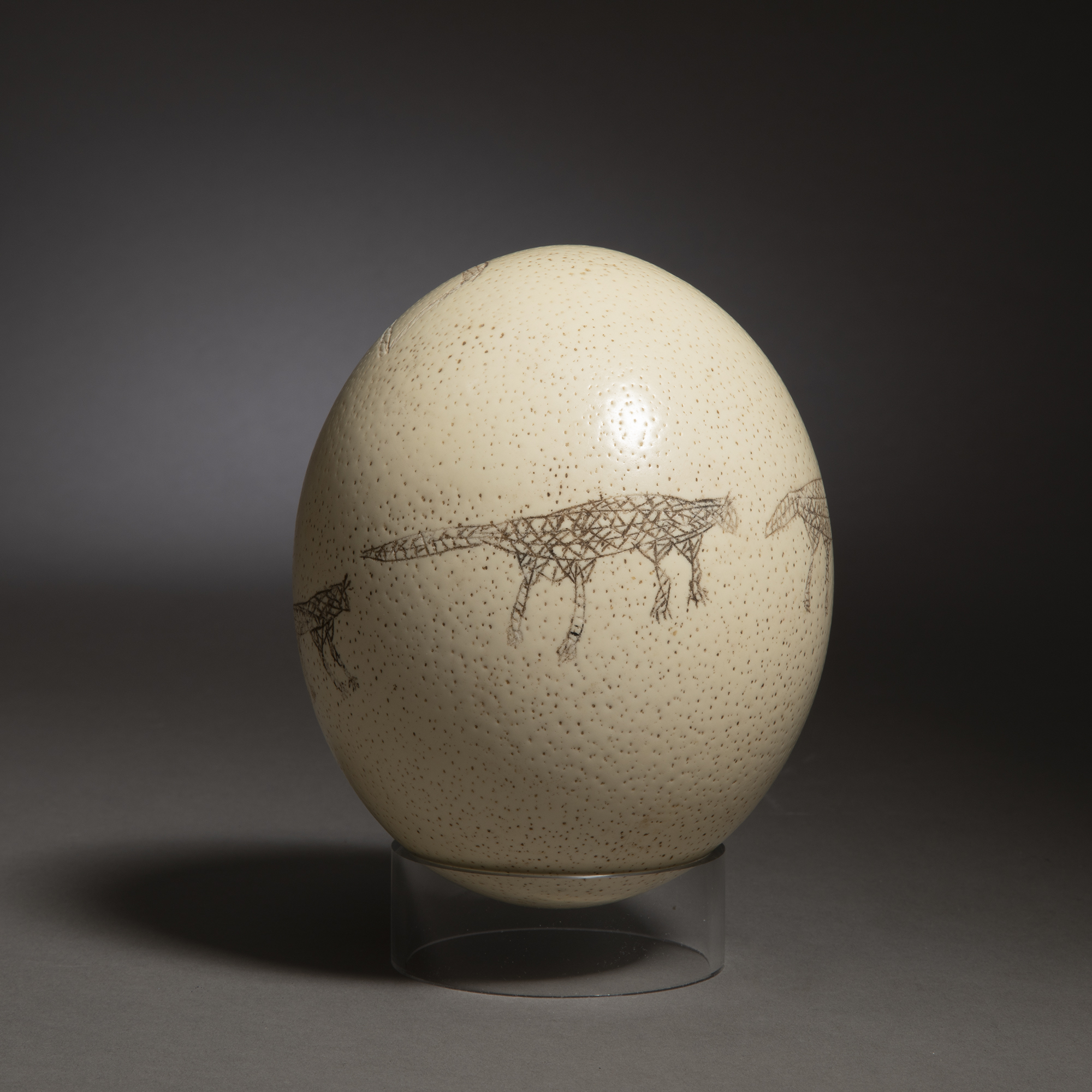 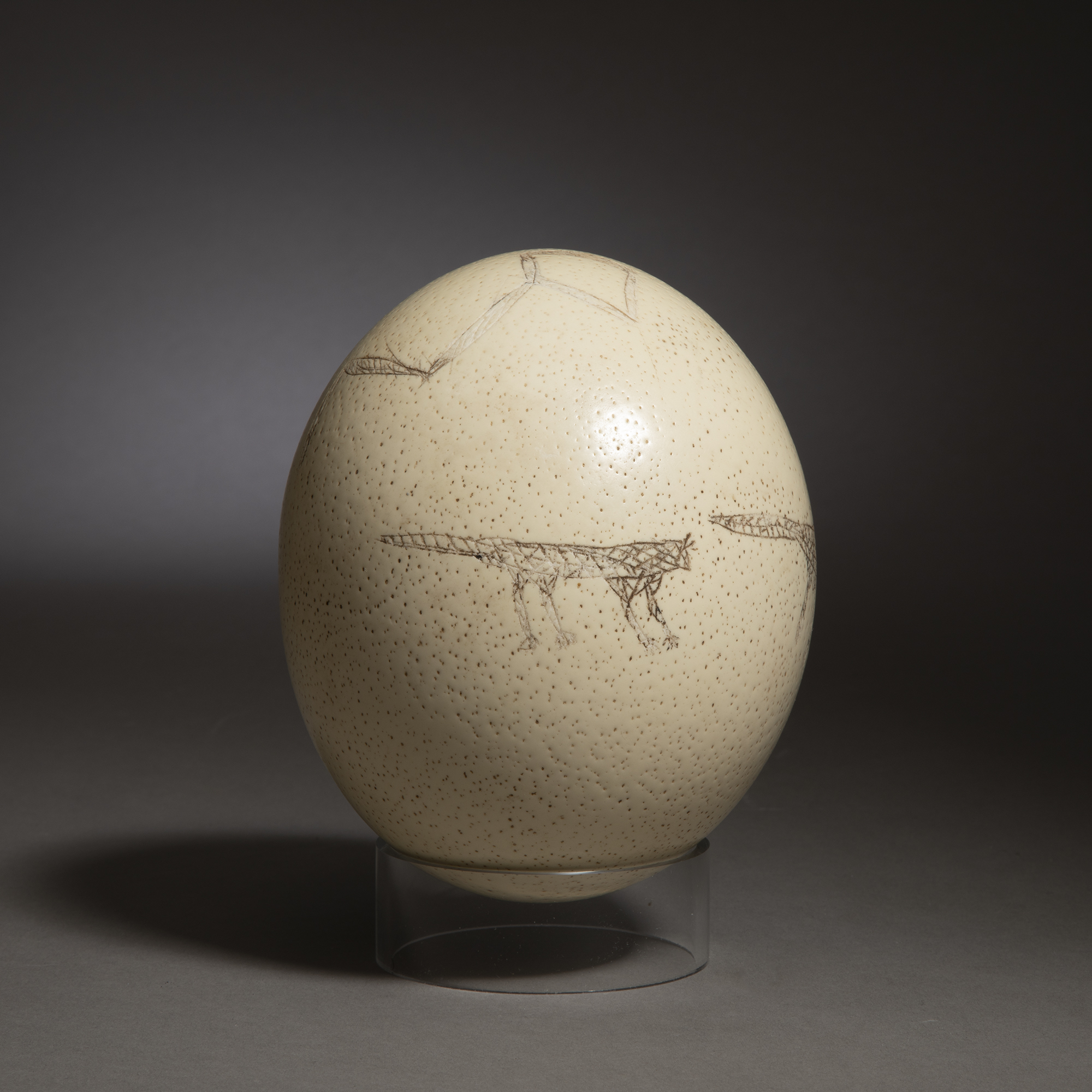 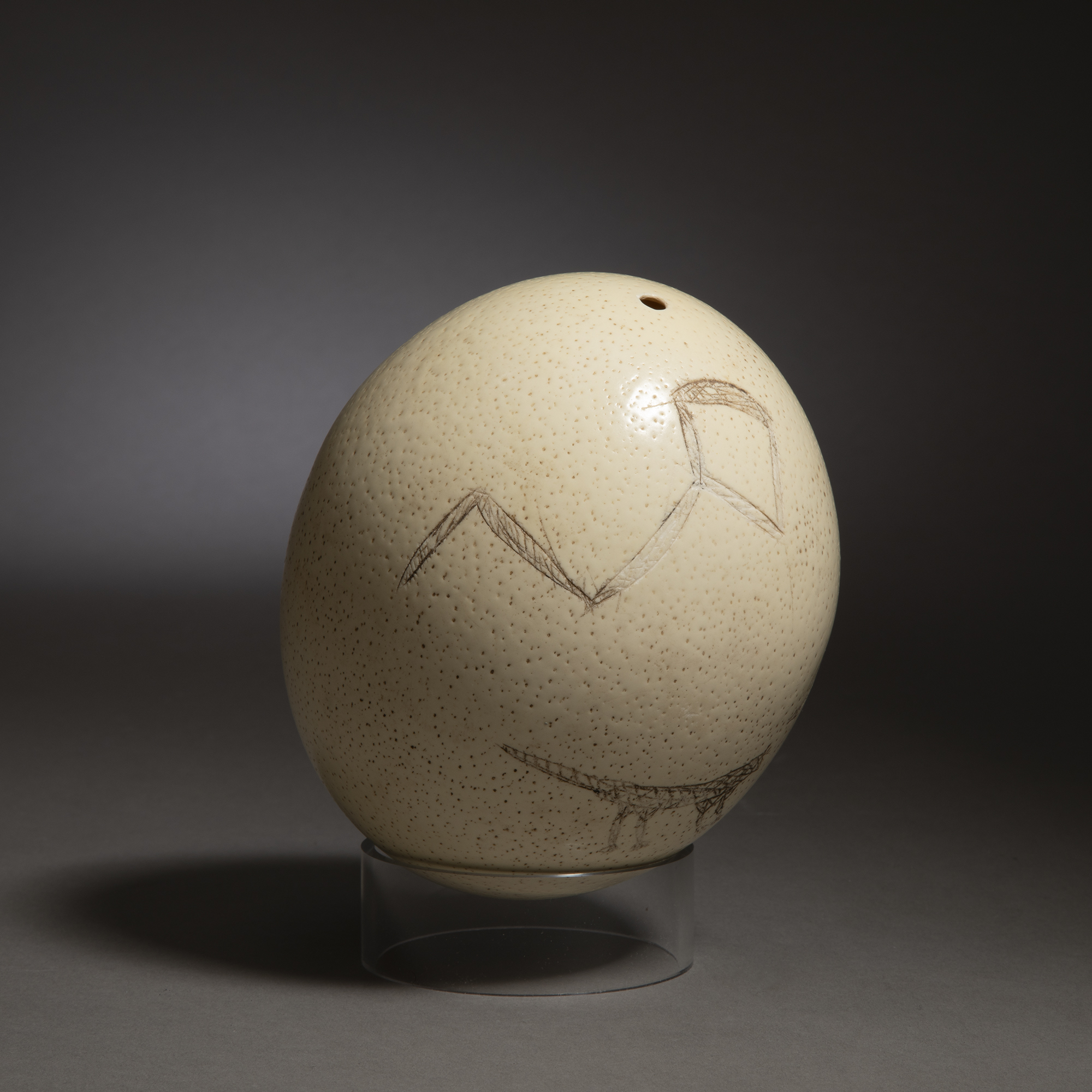