In Yup’ik tradition, masks were employed by a shaman (angalkuq), the only member of the community with sufficient power to control the spirits of nature. Masks enabled them to communicate with the spirits and understand their needs, and to give recommendations on how to appease them. Guidance from the angalkuq often emphasized a carefully observed code of behavior that would preserve a positive relationship with the spirits, upon whose goodwill the life of the community depended.

Inhabiting and suffusing the animisitic world of the Yup’ik was a vast population of spirits that lived inside every animal, human, and natural object, as well as in the intangible plane of the “skyland.” Collectively these spirits were known as tuunrat. A shaman’s power could be measured by the number of tuunrat over which he held sway. Among these, spirits of the visible, phenomenological world were dubbed yua. Yua and tuunrat were given shape and presented to the community in the form of masks crafted by the angalkuq, depicting monstrous visages, animal forms, and human faces, often in striking aggregations and juxtapositions. While the tuunrat were interpreted by some as malicious and capricious, they were largely regarded as an angalkuq’s helper spirits.

A fundamental aspect of Yup’ik animism was the acceptance of an inherent personhood in all natural beings and forms, which was expressed in the masks. Animals, it was believed, possessed a kind of dual existence, both animal and human, and could take on a human aspect at will by pushing up their muzzle or beak just as a human would a mask.

That equivalence of personhood is seen in the fine mask presented here, in which a bird emerges from the chin of a human face, both identities blended and indivisible. Birds were a powerful symbol for both the hunter and the angalkuq, being creatures of the sky, land, and water.

The qualities of this mask place it in a very rare class. Not only are examples with this particular combination of features quite uncommon, the craftsmanship is also notably refined, showing a smooth sculpturality to the face that contrasts with the rougher wood carving of many Yup’ik masks. The original feathers on this mask have been replaced. 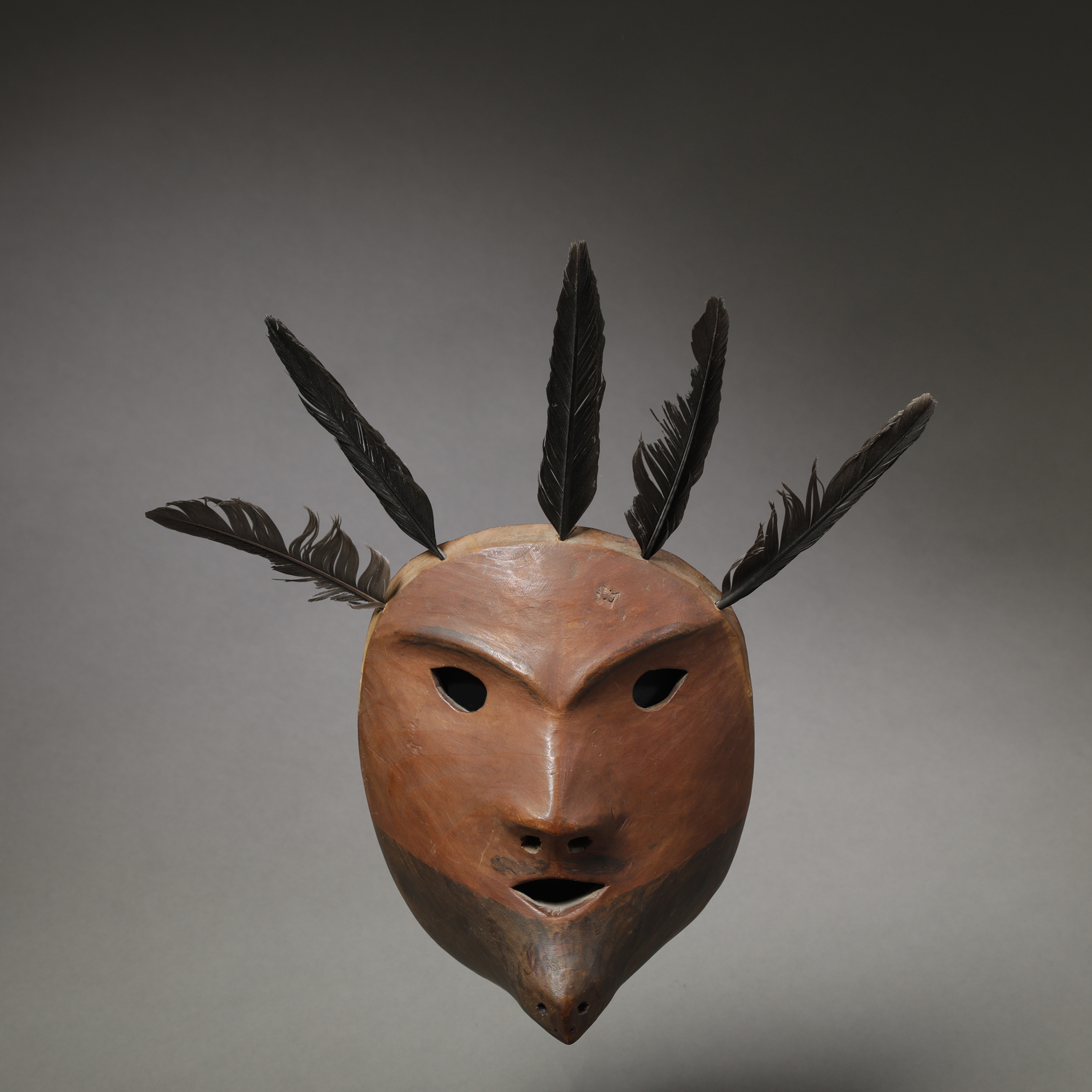 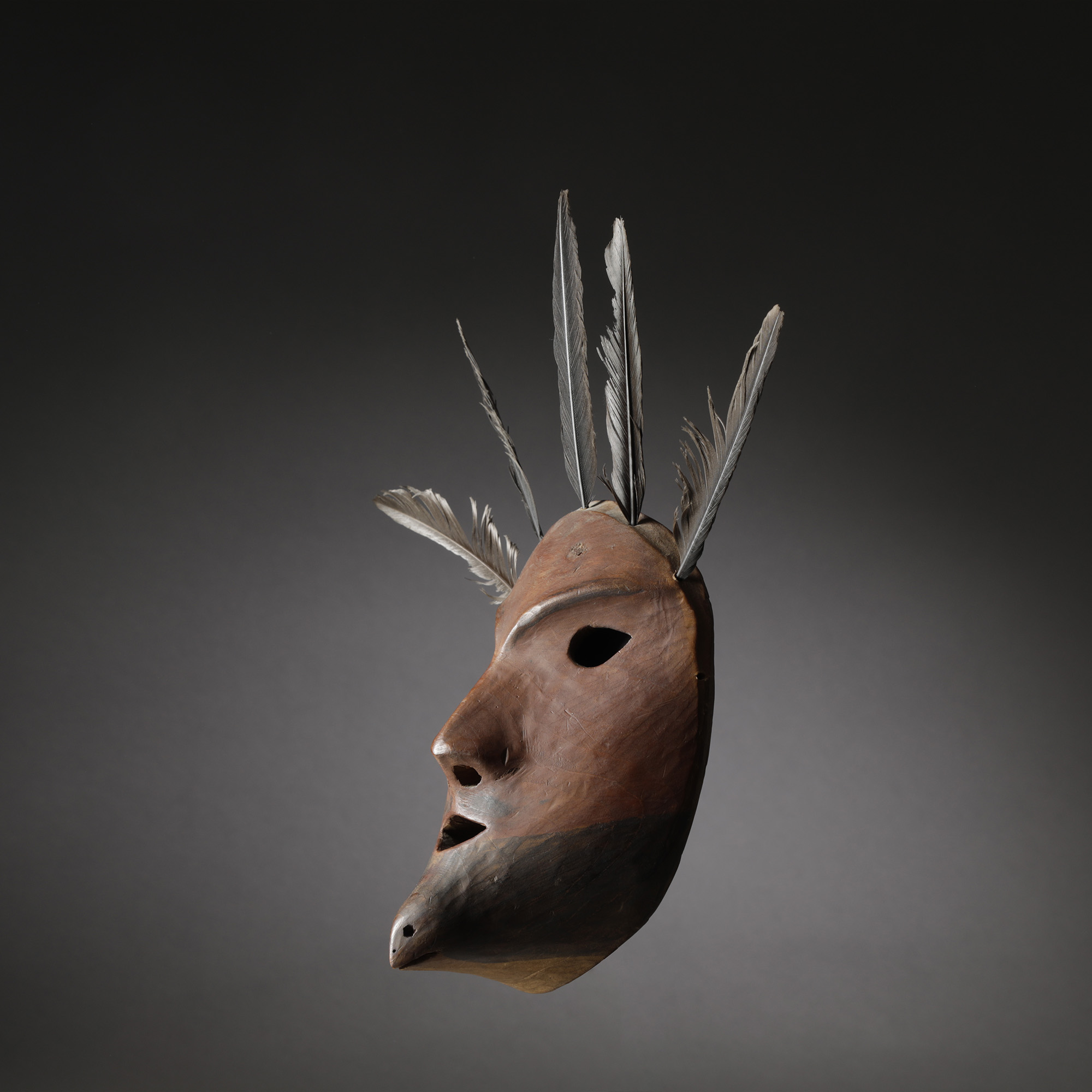