Elongated cross pattée framed by an oval flare with finials and three smaller crosses cradled by stylized "wings" which also extend out from the lower body of the cross, which is in turn supported by a square framed cross whose lower arm extends in the central ridge of the shaft.

This form, sometimes referred to as a Lalibela Cross, (although this term is used for other, more numerous, round processional crosses as well) after the famous emperor of the Zagwe dynasty during whose reign most of the famous rock hewn churches where carved, is a beautiful and certainly best-known form of the metal crosses produced in early medieval Ethiopia. Often the cross pattée is framed by an elongated frame and may include two crosses in the center of main body.

The stylized wings and birds can be traced in their origins to early Syriac, Ethiopic, Armenian and other illuminated manuscripts. The shaft of the cross has been repaired at later date. The original shaft almost certainly did not have the loops, known as "Adam's arms".

The cross is in very good condition. The main body is thick and intact with no damage, some metal pitting and patina consistent with age and use, hairline crack to cross pattée. The cross was produced from bronze alloy, using the lost-wax technique. The original shaft was removed and repaired at some point, possibly in the 17th -18th century. It was either partially heated or recast to join an additional longer shaft with loops (usually used for festive cloth when the cross is carried on a staff). The shaft has been attached by rivets, since loosened. 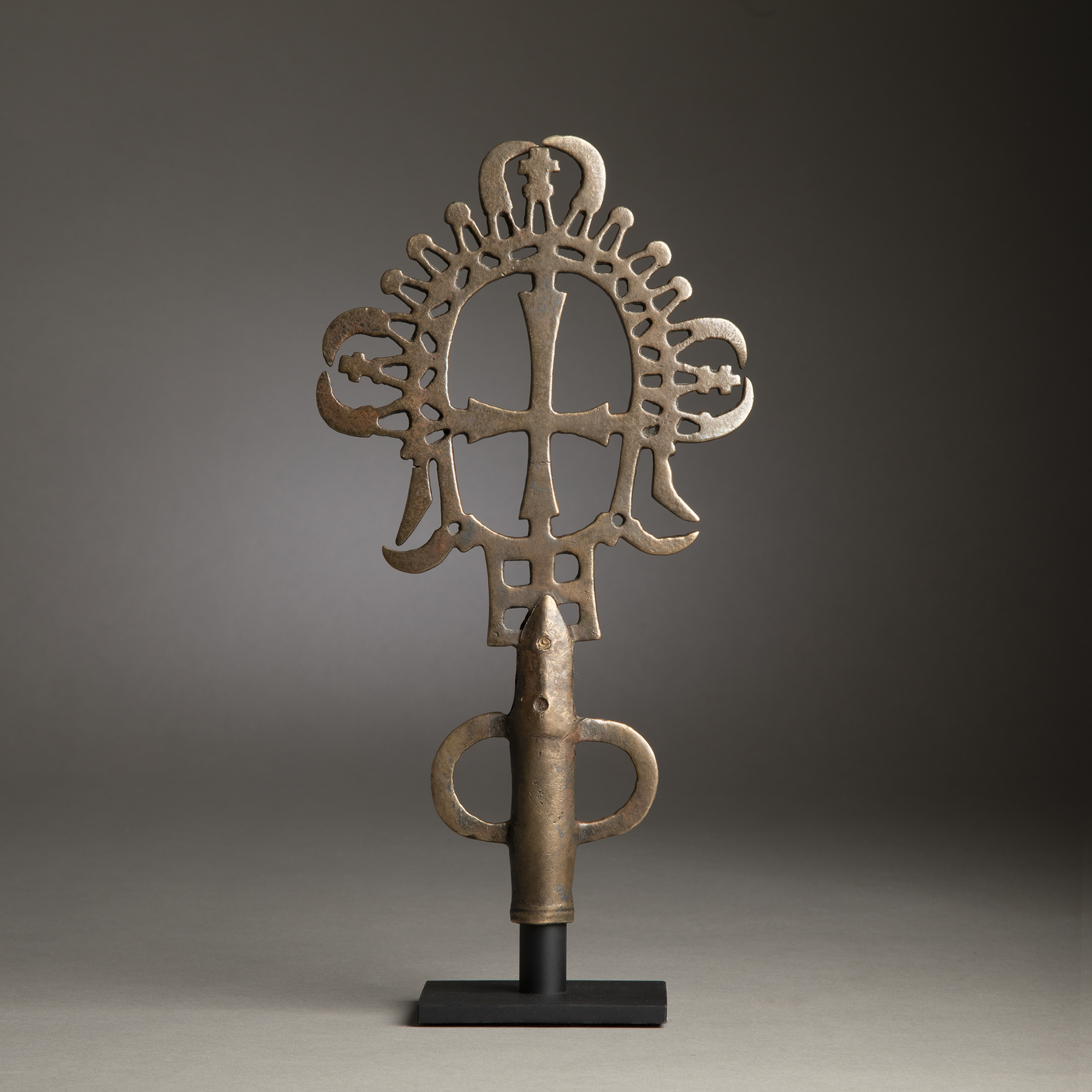 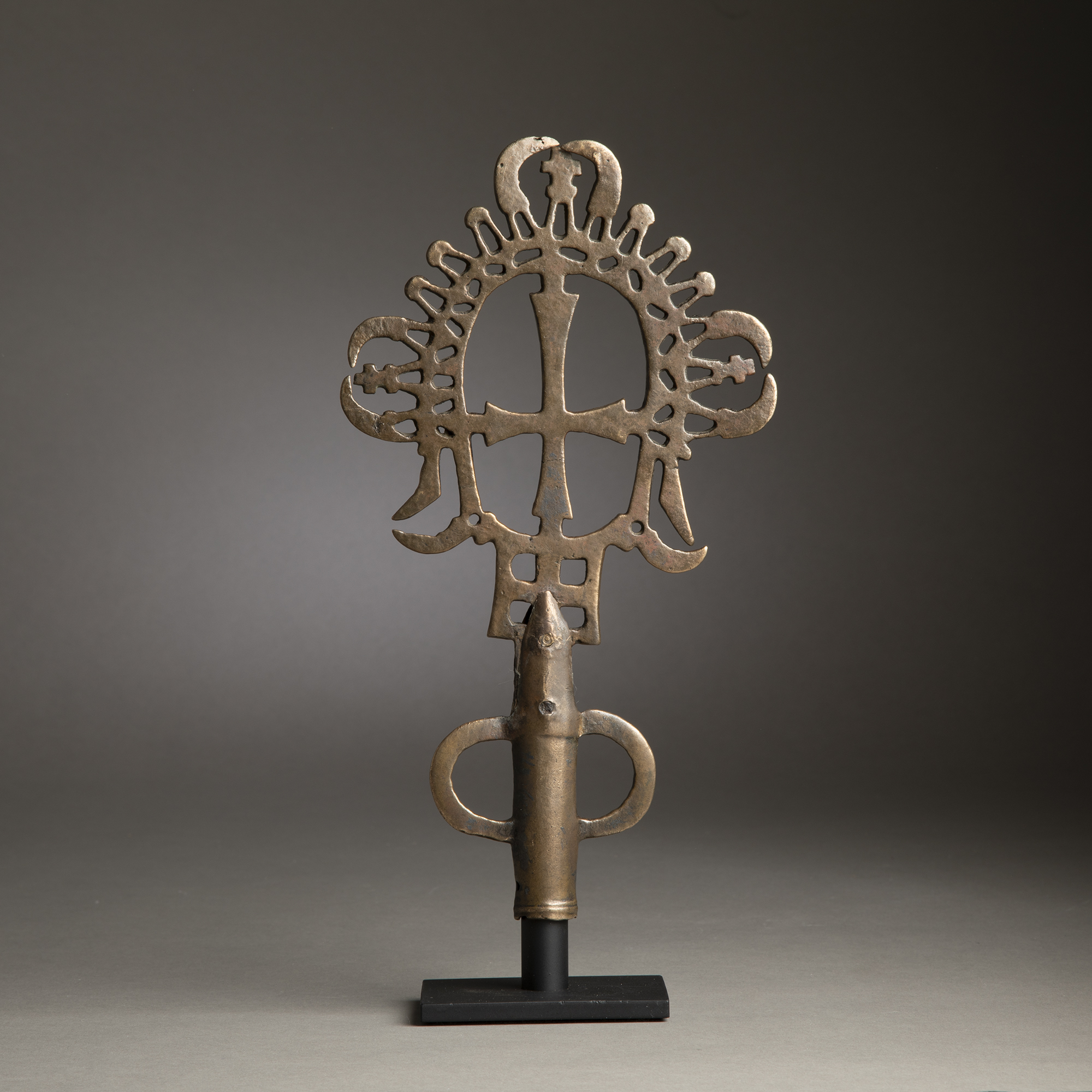 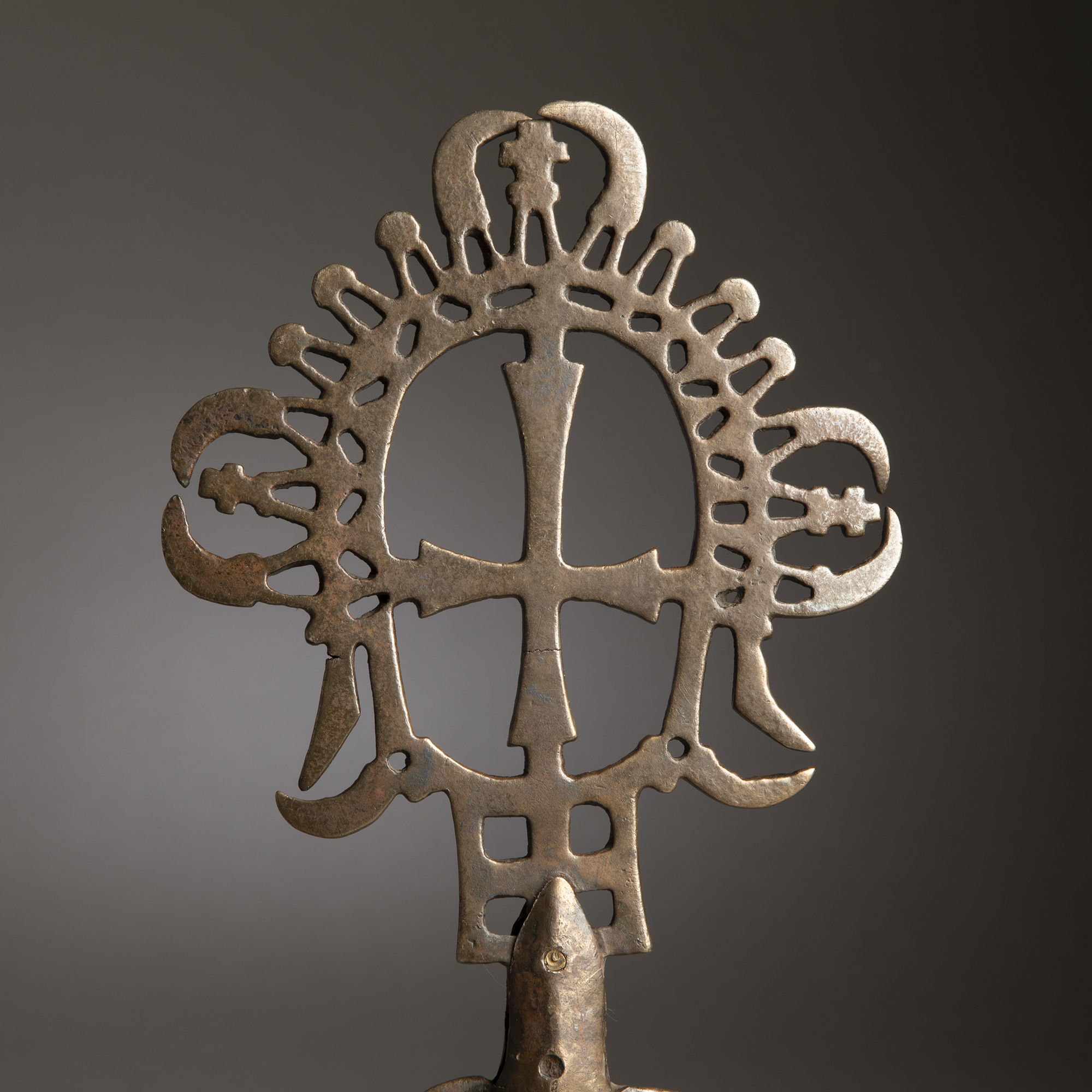