With its hooked shape and fearsome, beaked head, the totokia is one of the most distinctive of Polynesian weapons. Carved of hardwood, they offered considerable heft in a fighter’s hand and were designed to pierce a skull with ease. Totokia were often associated with high-ranking warriors and were sometimes named pieces with their own battle histories.

The unique shape of the weapon’s head prompted European collectors to refer to totokia as “pineapple clubs,” but more informed commentary now links their shape with the pandanus fruit. Some totokia were carved along their entire length and were inlaid with teeth or pieces of ivory. This handsome example, largely smooth-bodied, includes a section of incredibly fine incision detailing at the base of the grip, showing a textile-like patchwork of sawtooth bands.

The tip of this club has been restored.

First half of 19th century
Wood
H: 34 in
Provenance: 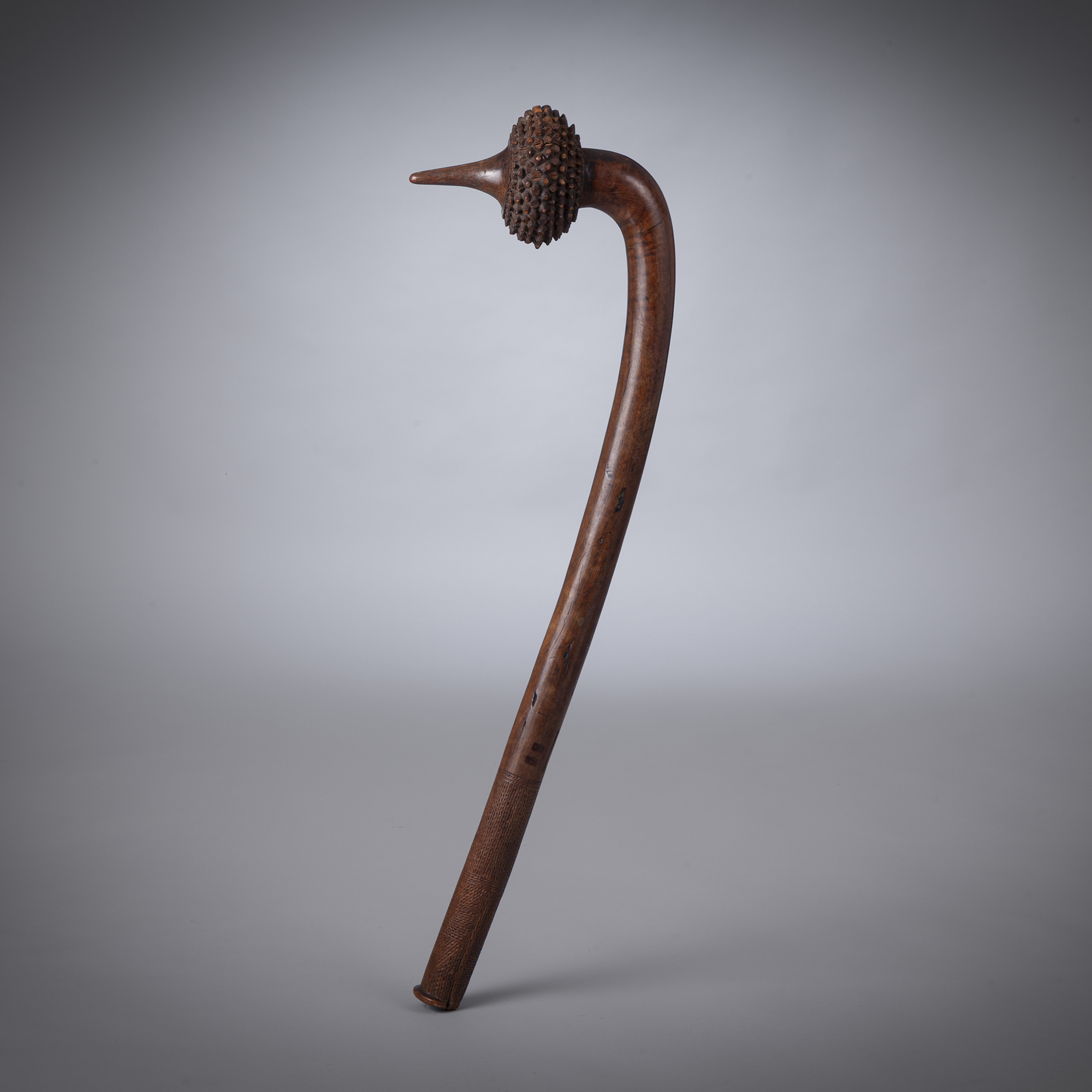 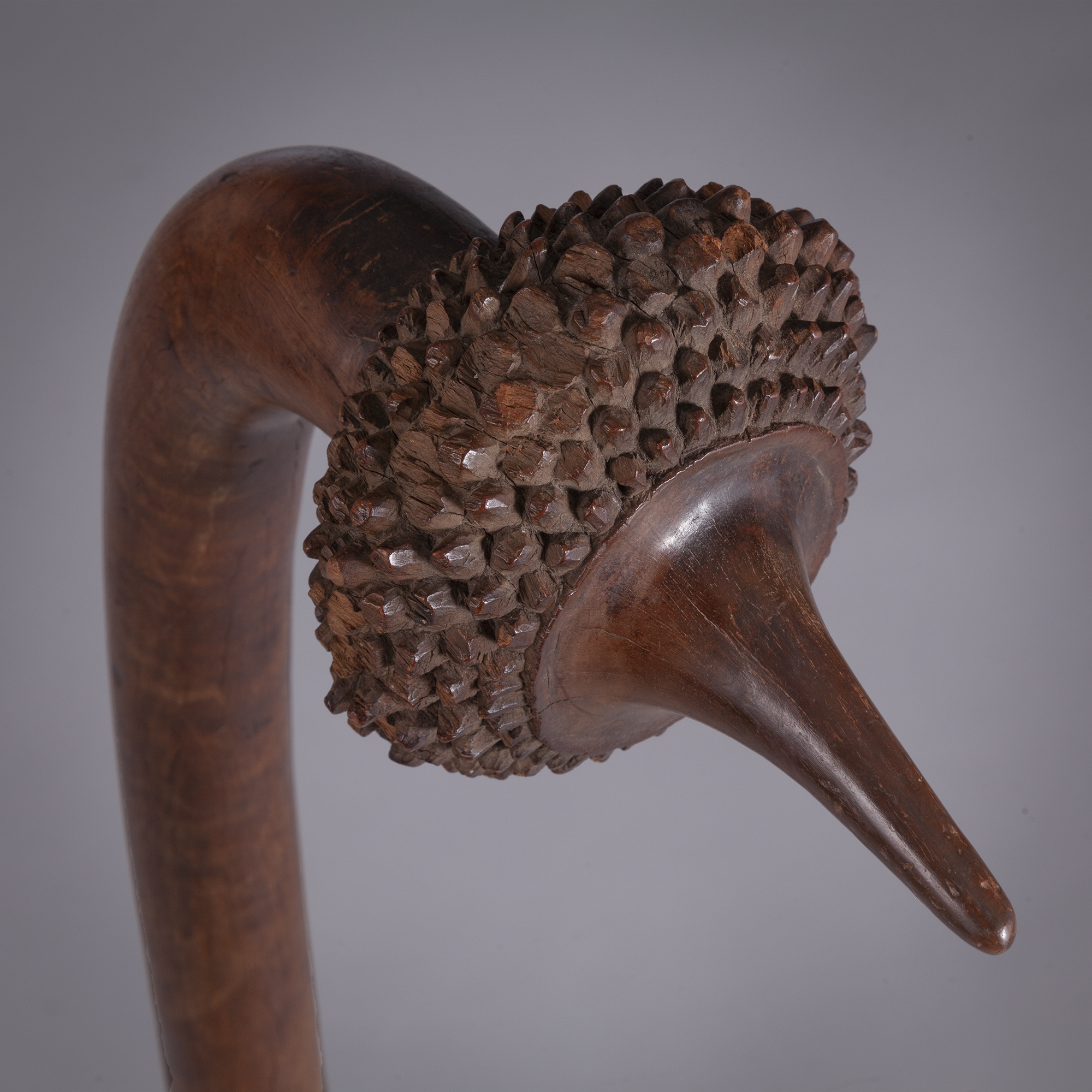 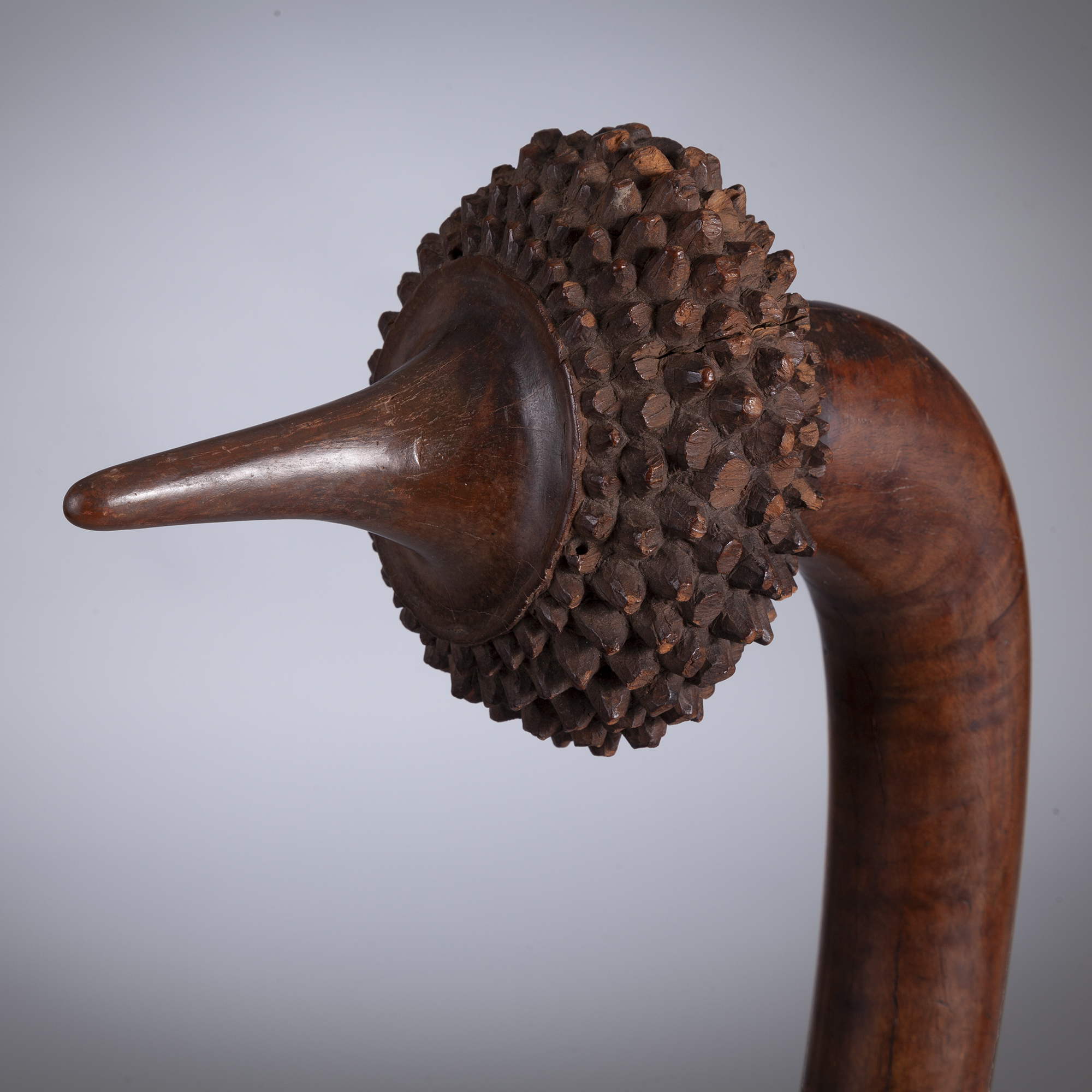