Royal scepters (makpo) were one of the more iconic forms in the art traditions of the Fon, located in what is now Benin. They were one of the seven symbols of authority of the Fon monarch, who was not allowed to go out in public without it. Makpo had ceremonial uses and were also rods of command, carried by messengers to certify the authenticity of their messages. Identified by their distinctive, right-angled form, many featured an elaborately forged metal tip, often zoomorphic and usually designed after the monarch's personal symbol.
‍

The makpo presented here is remarkably streamlined in terms of design. Opting for an elegant essentialism that focuses almost entirely on its hallmark silhouette, it is embellished only with a brass knob at the rear, attached by a strip that closely hugs the sinuous contour of the crook. 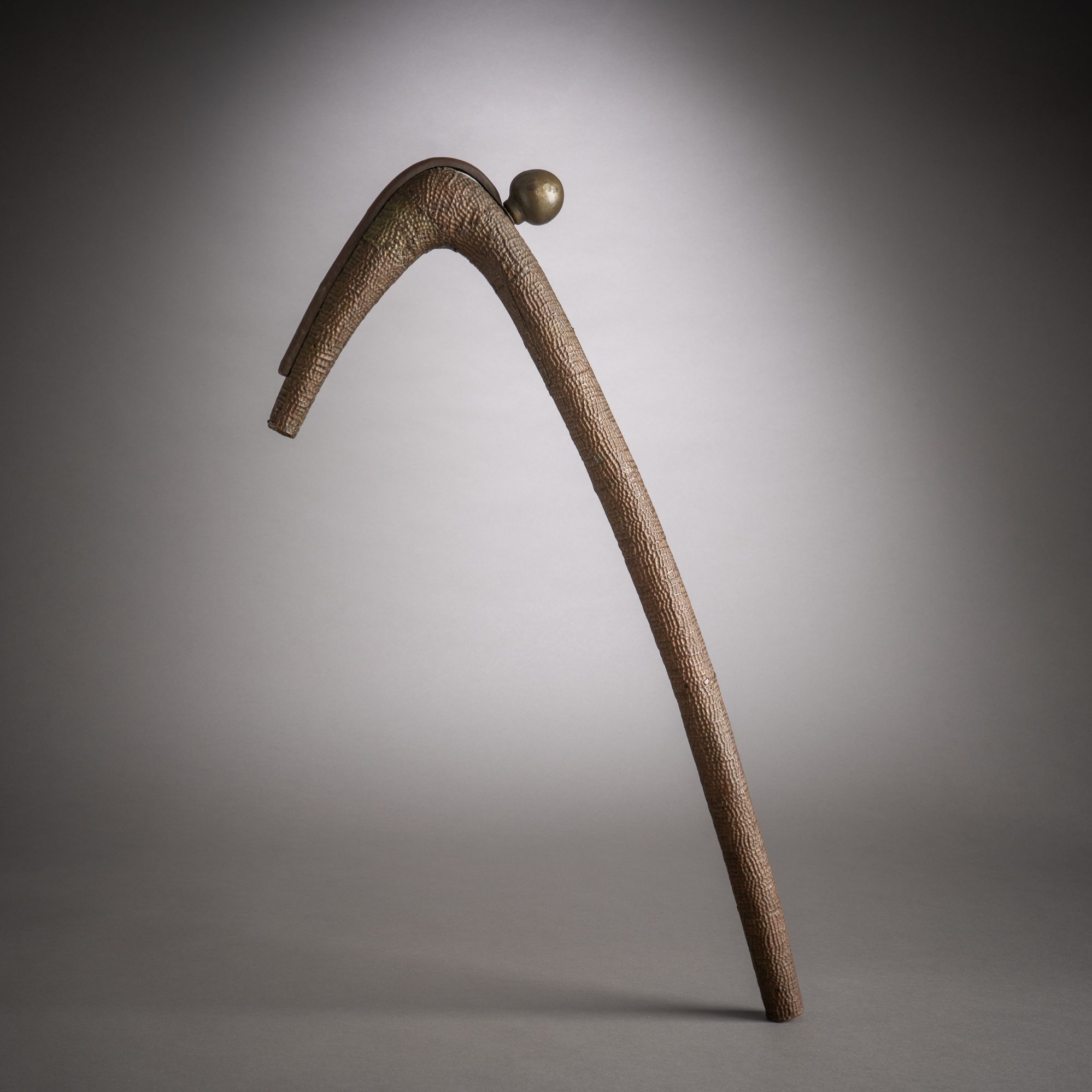 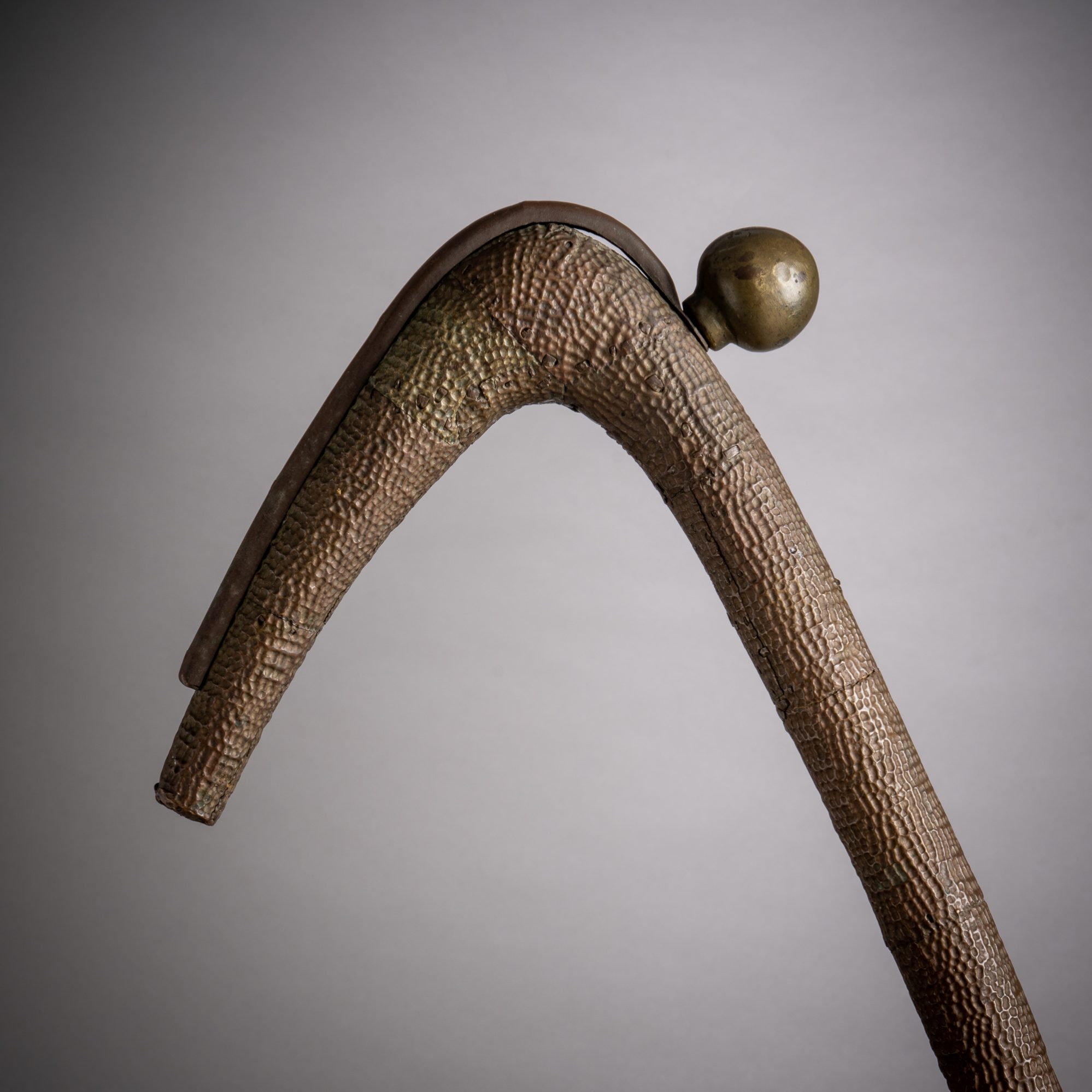