Rich with symbolic content, raven rattles are a distinct type of chiefly instrument, shaken rhythmically to accompany ritual movements. Their complex compositions take the form of the body of a raven, the trickster-performer creature who flies at the heart of many regional origin myths. On his back is a man, legs akimbo, his tongue held in the beak of a crested bird head formed by the tail feathers of the larger raven. In some cases it is a frog with whom the man shares this contact, interposed between the two participants. The belly of the raven reveals a large face with a hooked nose or beak.
‍

The imagery of the joined tongue is one of potent shamanic content, and can be seen in a range of objects from argillite pipes to totem poles, depicting intimate spiritual contact or the transfer of esoteric knowledge and power. Often associated with healing ceremonies, such rattles are held with the bird's beak pointing downwards when used. The pebbles inside the body of the bird heighten the sensorial experience, producing a gentle rattling sound in tandem with the movement of the piece.
‍

Raven is a highly significant and mercurial figure in the mythology of the Northwest, and the numerous, interconnected images of the rattle may be an expression of his shape-changing power. One of the many stories regarding Raven involves his bringing light into the world, symbolized in the rattle by the small disk held in the mouth of the raven. It has been suggested that the raven/human imagery of these rattles references Raven’s own self-creation, being born through magical trickery as the grandson of Nass-shaki-yeil, keeper of the world’s light. Nass-shaki-yeil was often depicted as a huge bird with a completely recurved beak, an image which the hook-nosed face of the rattle closely echoes.
‍

The exquisite rattle presented here shows canonical composition with elegant, precise forms and beautiful formline embellishments in relief. The rear bird head, eyes emphasized in light blue, holds the frog at the tip of its beak before the shaman figure, which reclines deeply on the gracefully extended neck of the raven. The hook-nosed face upon the raven’s belly is sharply designed and shows a vigorous expression with prominent teeth. A handsome palette of earthy reds, blacks and greenish blues provides a theme of understated contrast that unifies the composition while defining its details. The reddish shaman figure stands out distinctly against the smooth black of the raven’s wings, one of which has been restored. 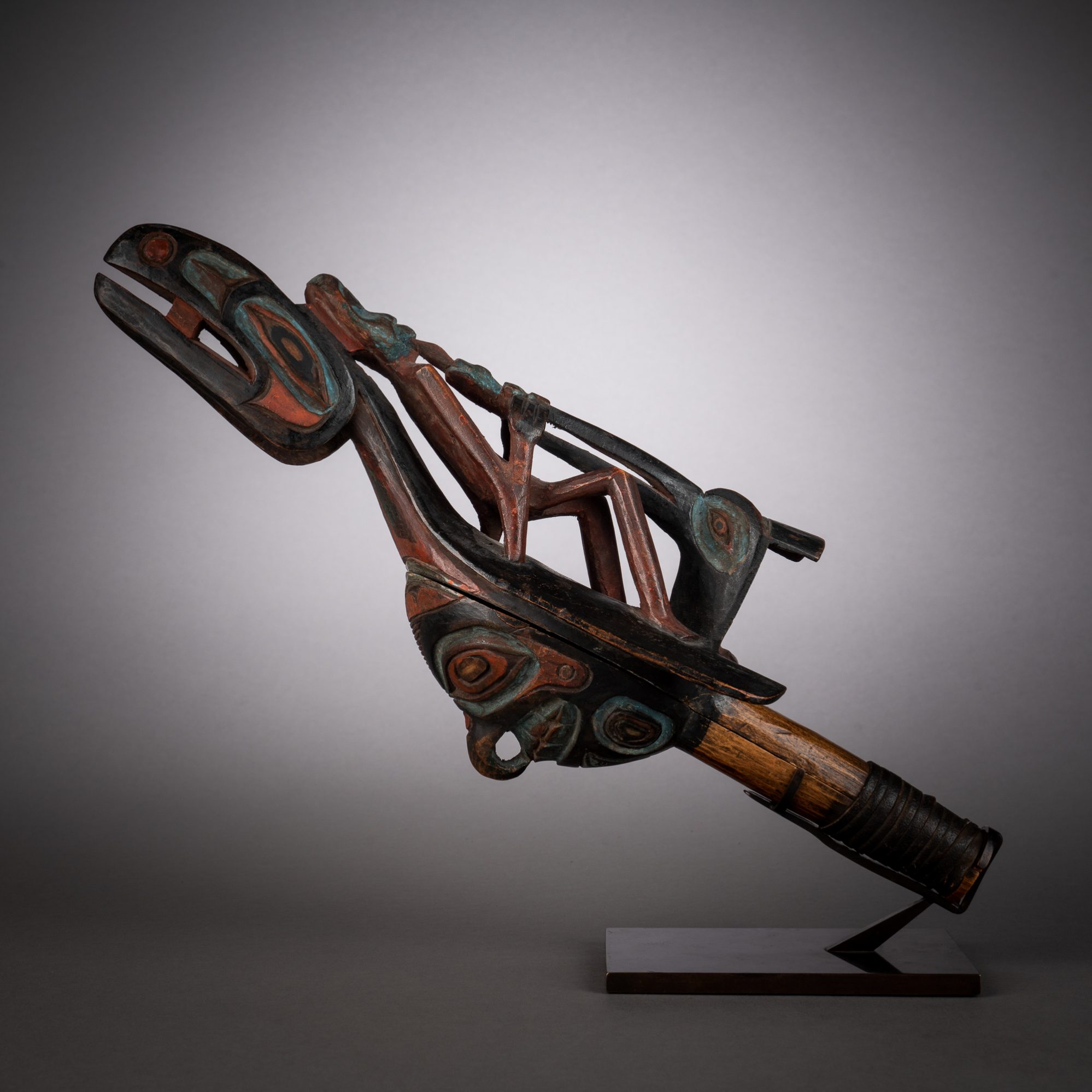 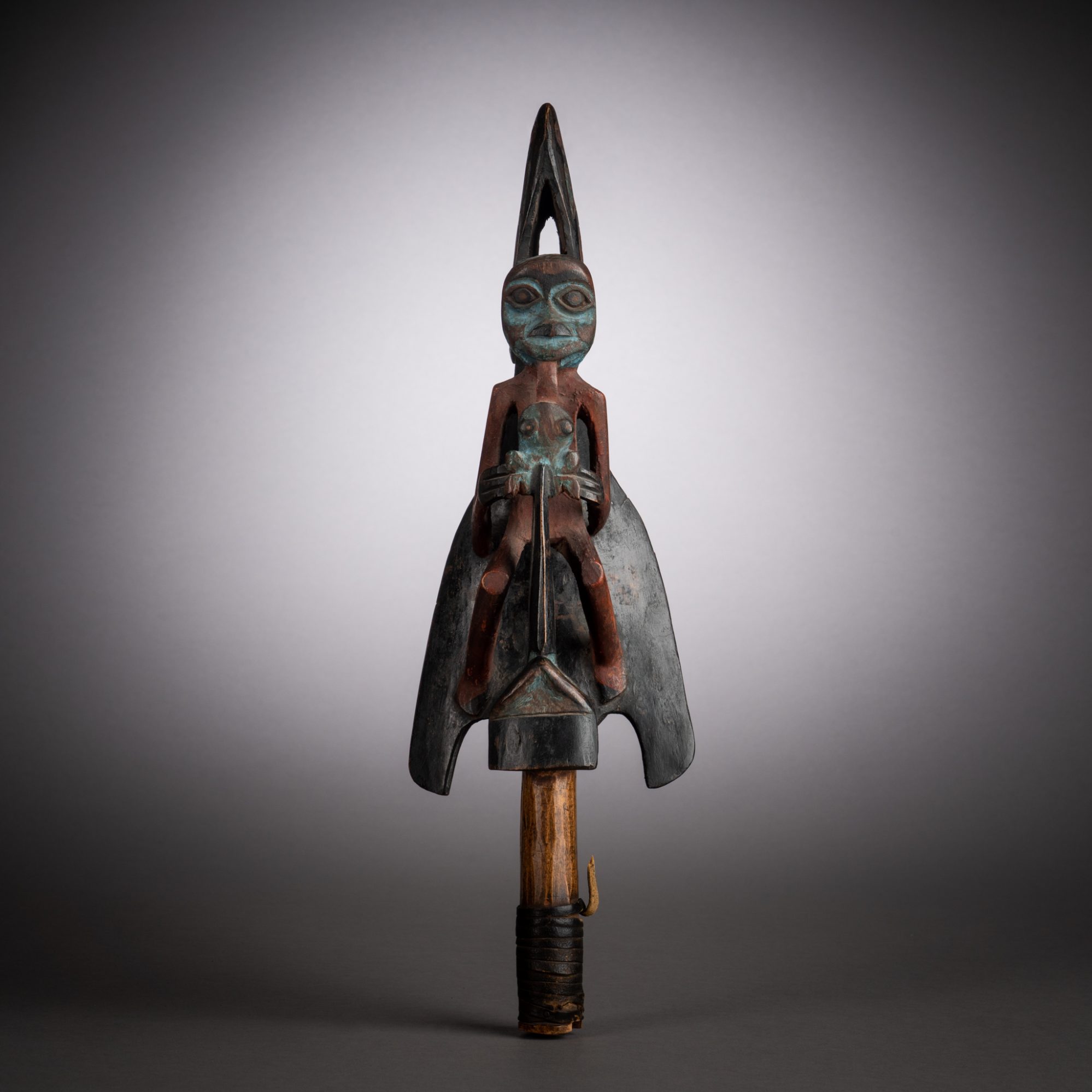 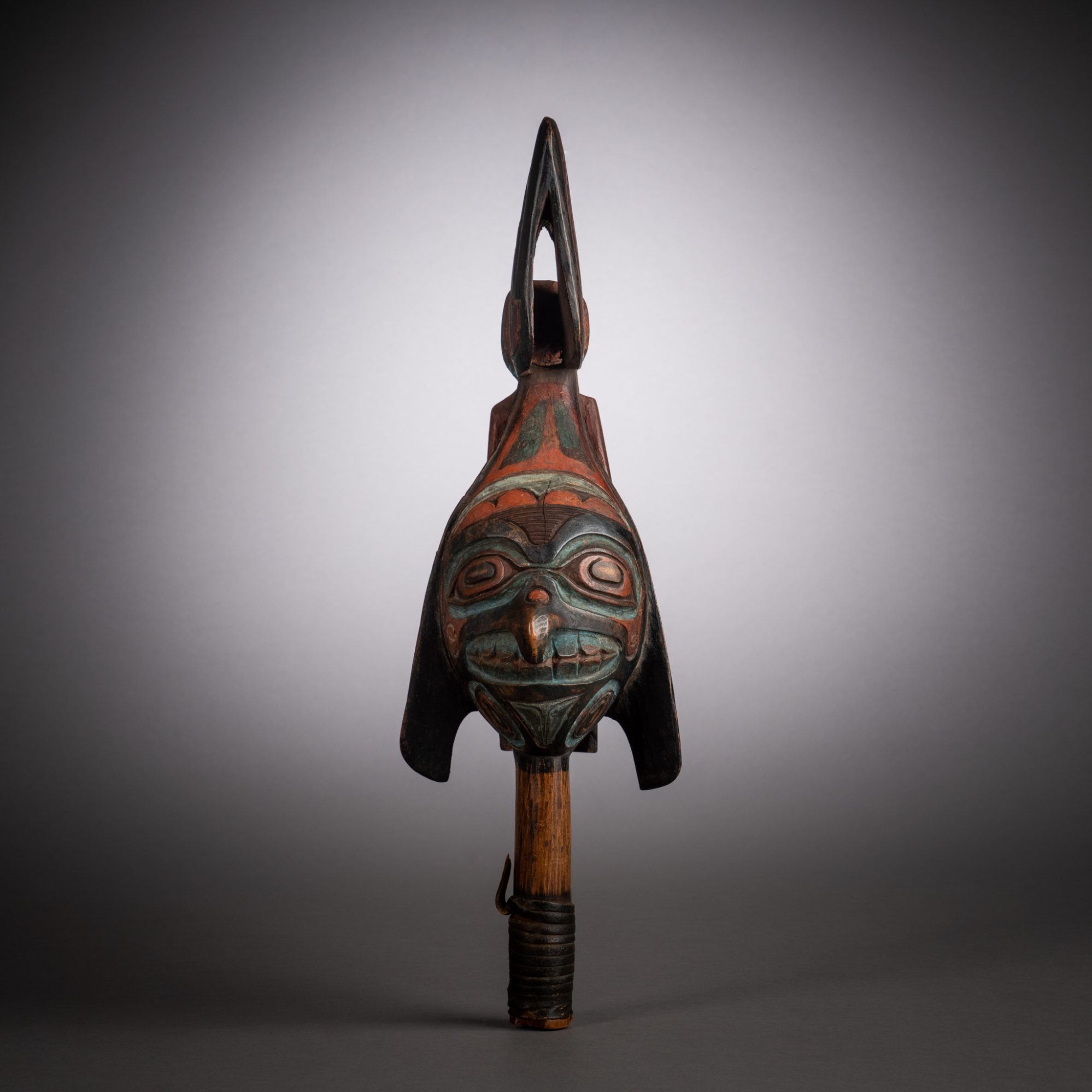 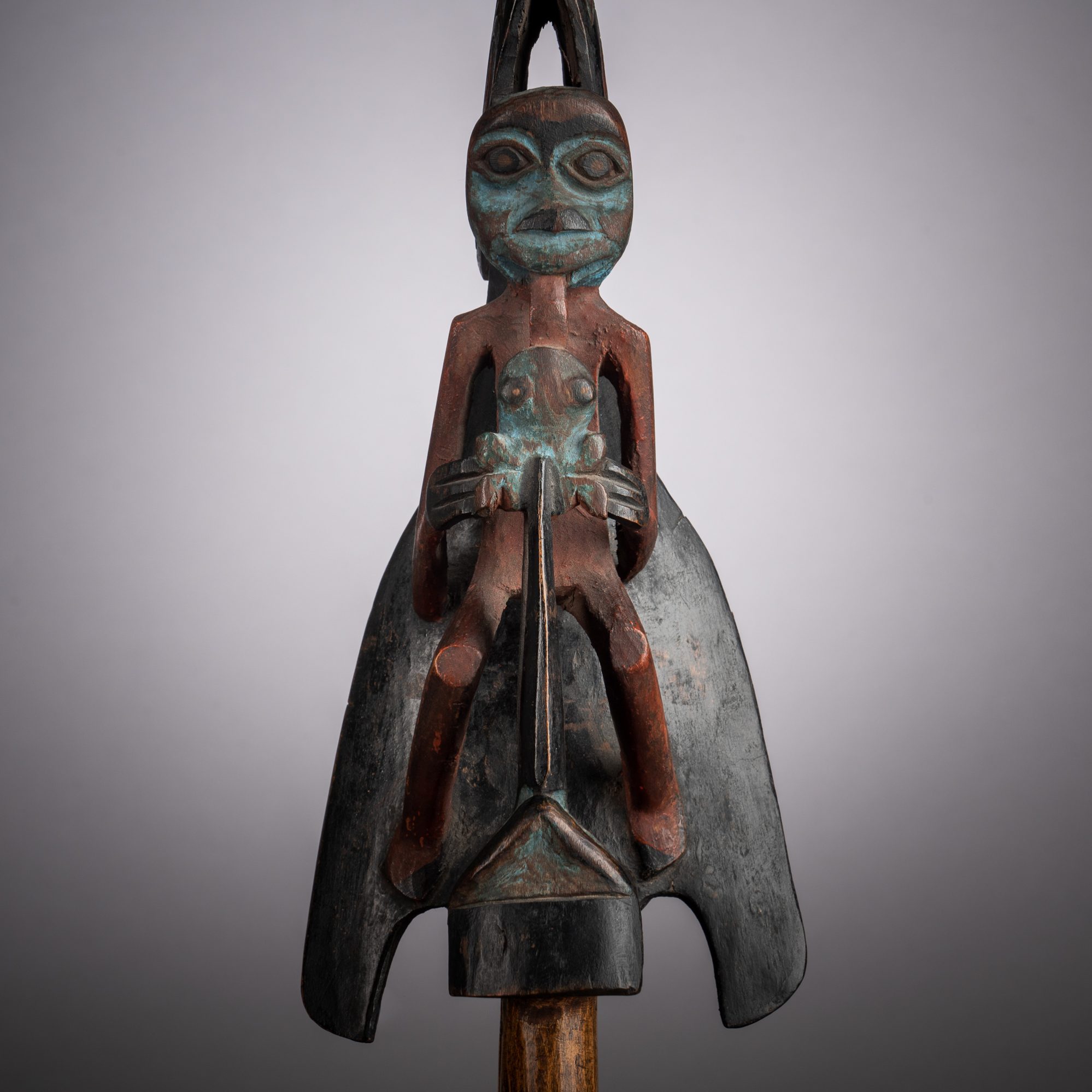