The creation of arched harps fitted with soundboxes and featuring prominent human head finials is a tradition belonging to several peoples in the central belt of Africa, including the Tsogo, Lumbo, Zande, Mangbetu, and Punu. The style of five-stringed harp found in the Mangbetu corpus, sometimes called “bow-harps,” are theorized to have been adopted by the Mangbetu from the Zande sometime around the beginning of the colonial period, possibly adapting extant harp designs which were introduced previously from the Mangbele and Matchaga.

The harp consists of two primary halves – a faceted, roughly hourglass-shaped soundbox of animal skin and a curved neck of wood – bound together with cord. The instrument is strung with vegetable or animal fiber and tuned with five long pegs that protrude from the neck. At the top of the neck is often carved a human head, though some early twentieth-century examples feature more elaborate designs with full figures.

Little is known of the music that was played upon these harps, but ethnologist Georg August Schweinfurth, writing in the 1870s, recorded that they were played with great zeal and often for prodigious lengths of time, producing monotonous sounds that served primarily as an accompaniment to oral recitation and which transported their players “into a profound ecstasy.”

This example is preserved in good condition, though its strings are missing. The head finial is carved with simple, strong, and stylized shapes, with a ridged coiffure that sweeps smoothly back to the neck. Its mouth is agape, likely a direct reference to the tireless oral recitations of the harpist. A dark patina emphasizes and solidifies the instrument’s curved silhouette, increasing its sculptural force. 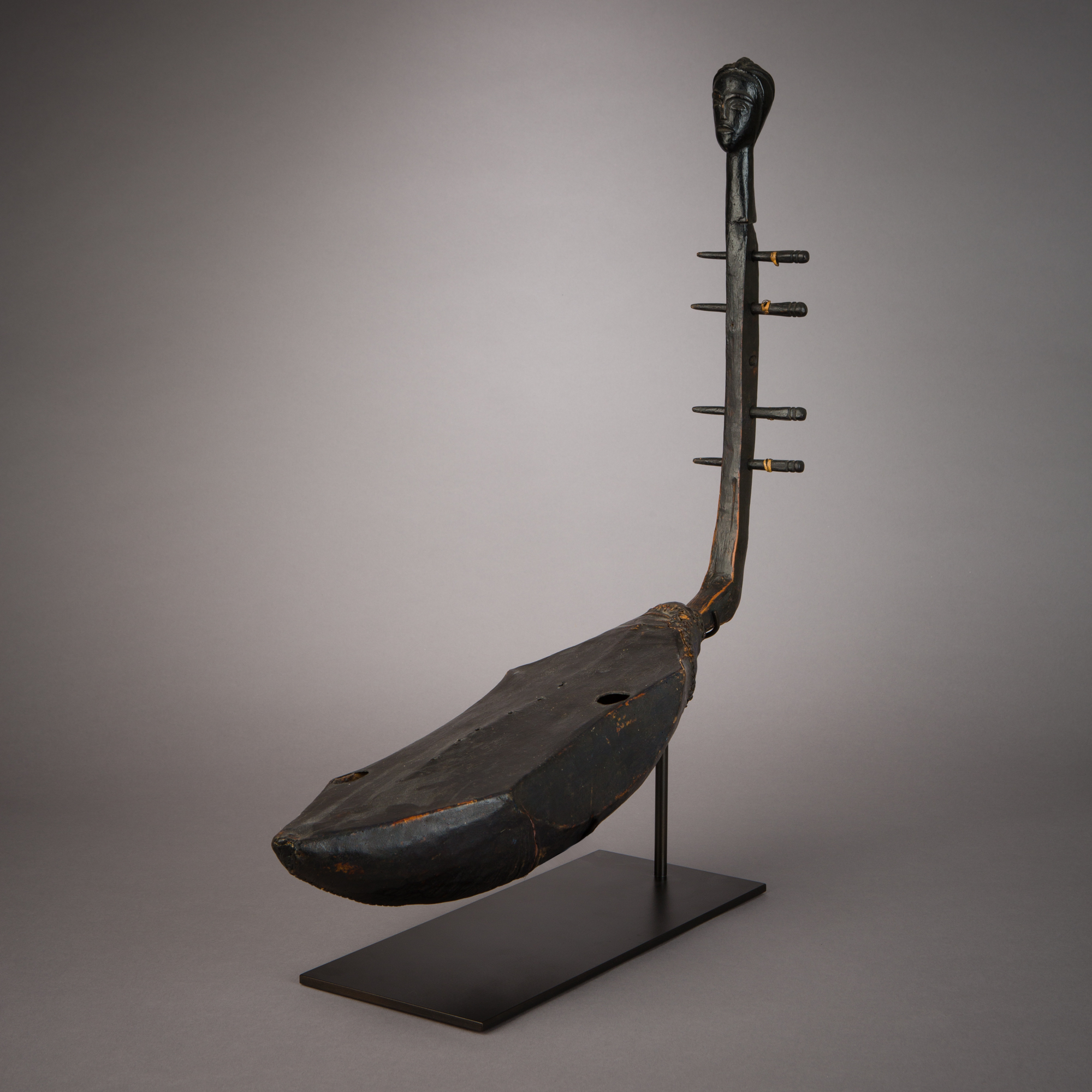 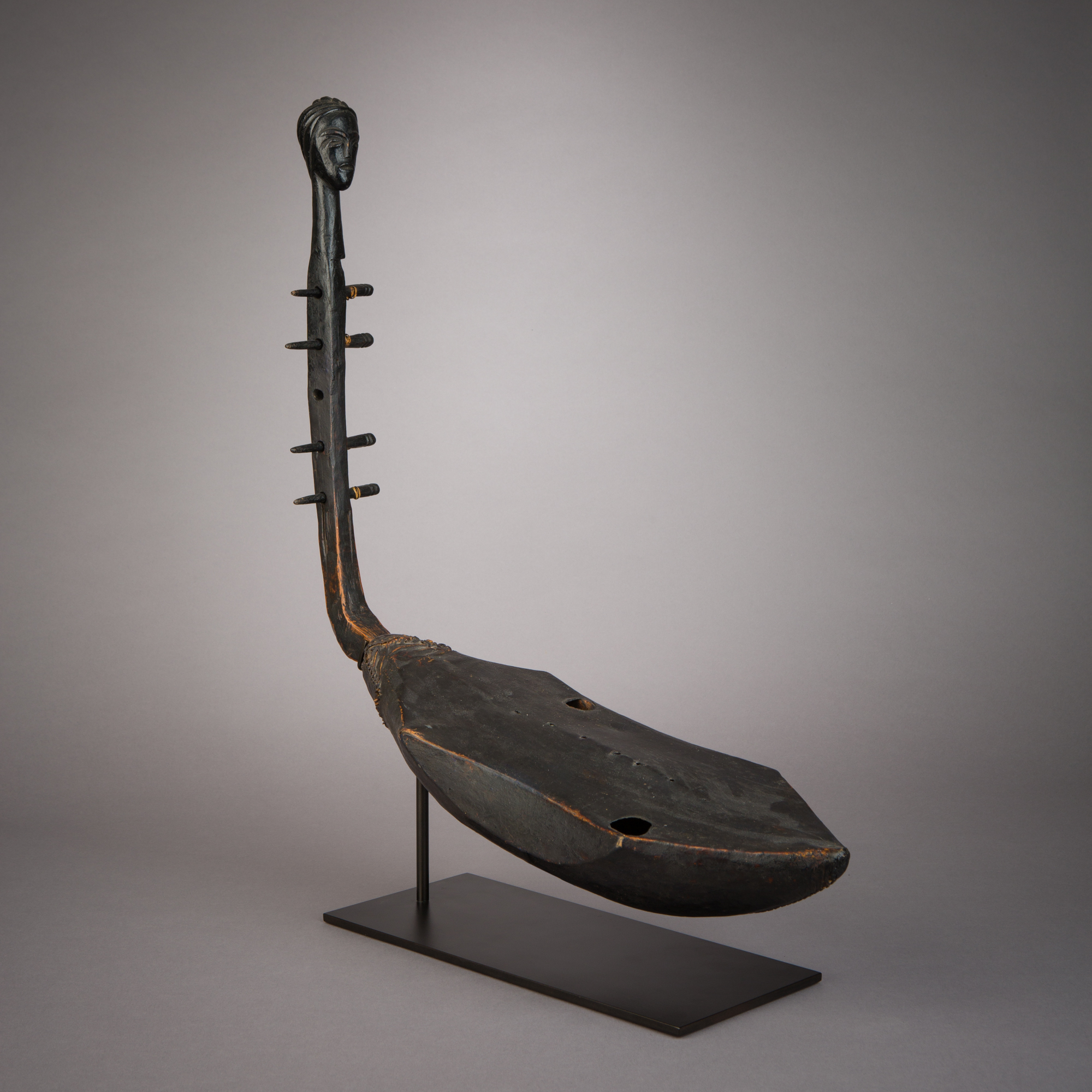 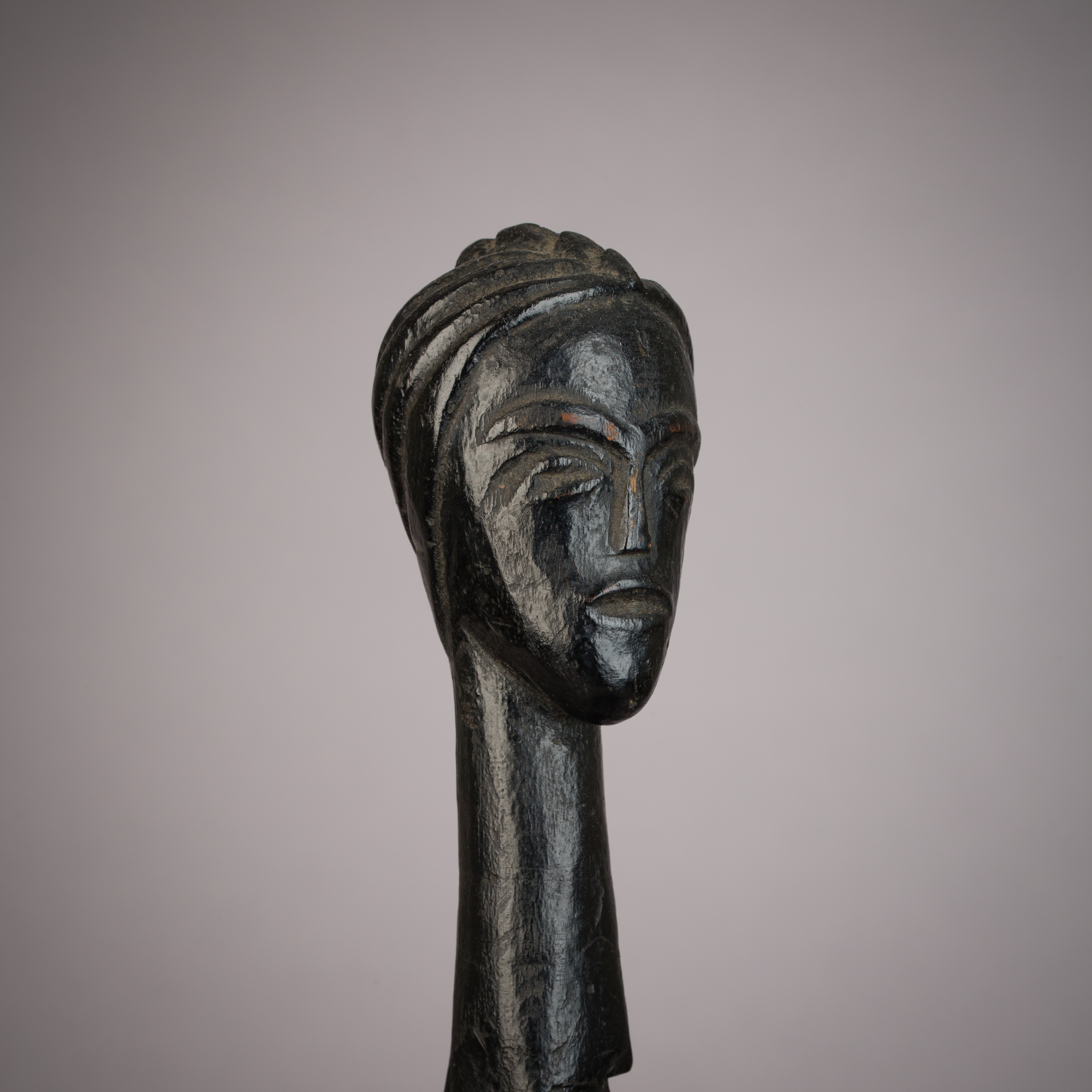 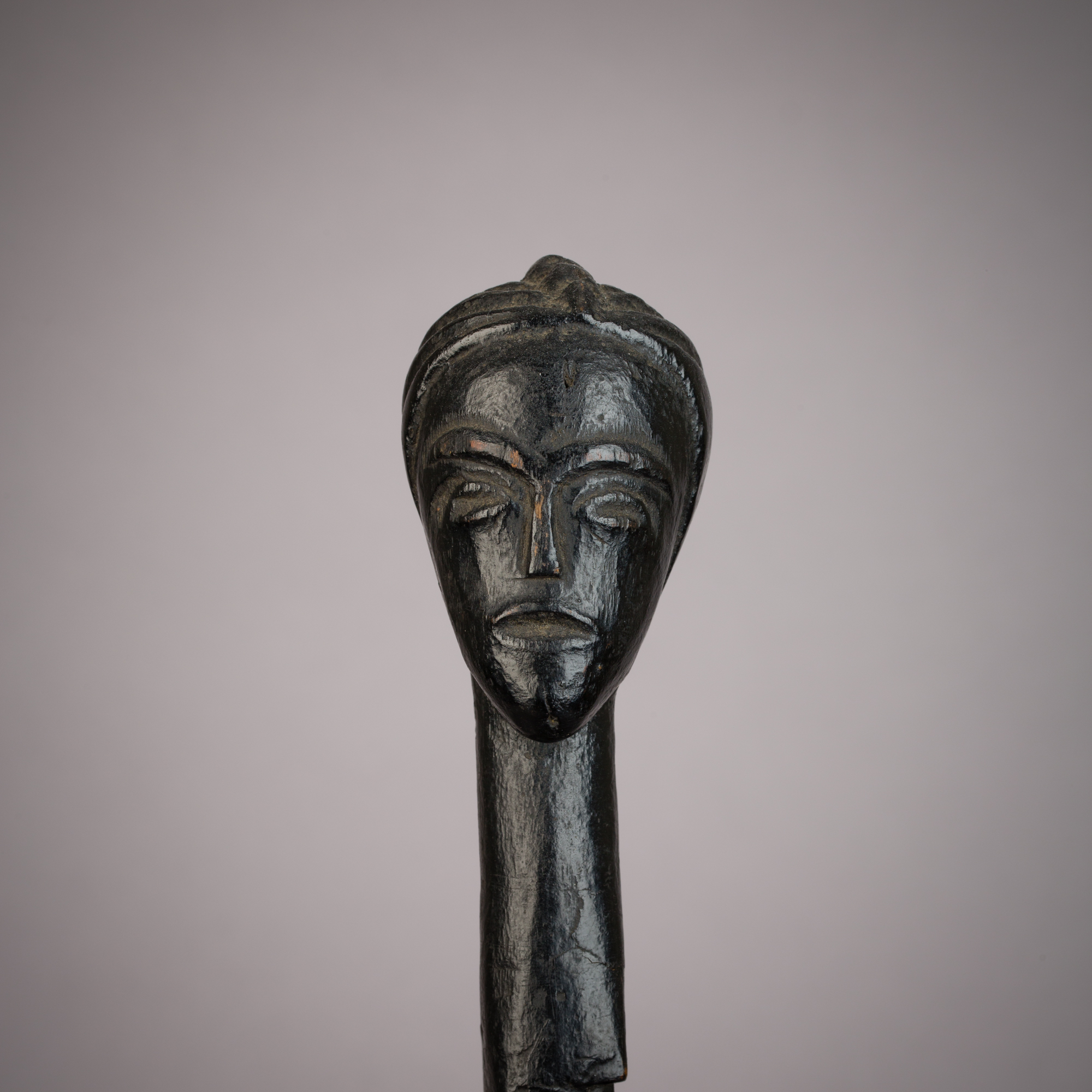