Zoomorphic imagery is prevalent in this beautiful harpoon head, the primary form of which resembles the head of a bird. Incised with exquisite, sensitive geometric linework of a range of weights and depths, the surface is divided into myriad overlapping elements that produce a variety of eyes and abstracted animal forms, including that of a seal. Heavy mottling to the ivory is present, testifying to the great age of this work.

‍
The representation of animals in harpoon heads had a significance both metaphorical and magical. Sergei Arutiunov notes that "the harpoon head can be regarded as an idealized predator or the materialization of a bite; its round ornamental details can often be interpreted as an animal’s eyes, and the shape and ornamentation of its basal spur as hind legs or flippers." Arutiunov adds that some designs may have had totemic significance and may have identified personal or clan ownership. Their appearance on harpoon heads "often identified the person who struck – and therefore owned – the animal." 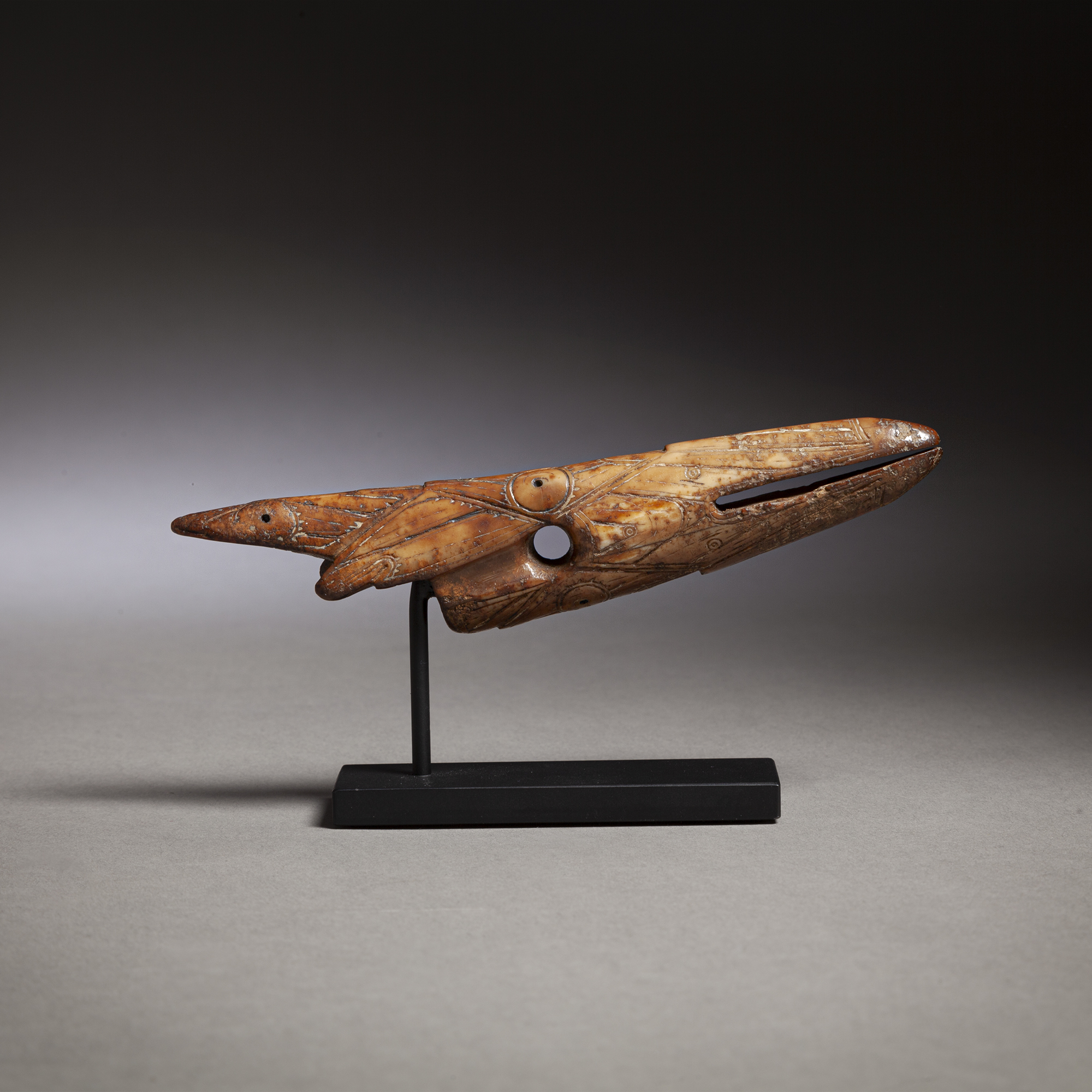 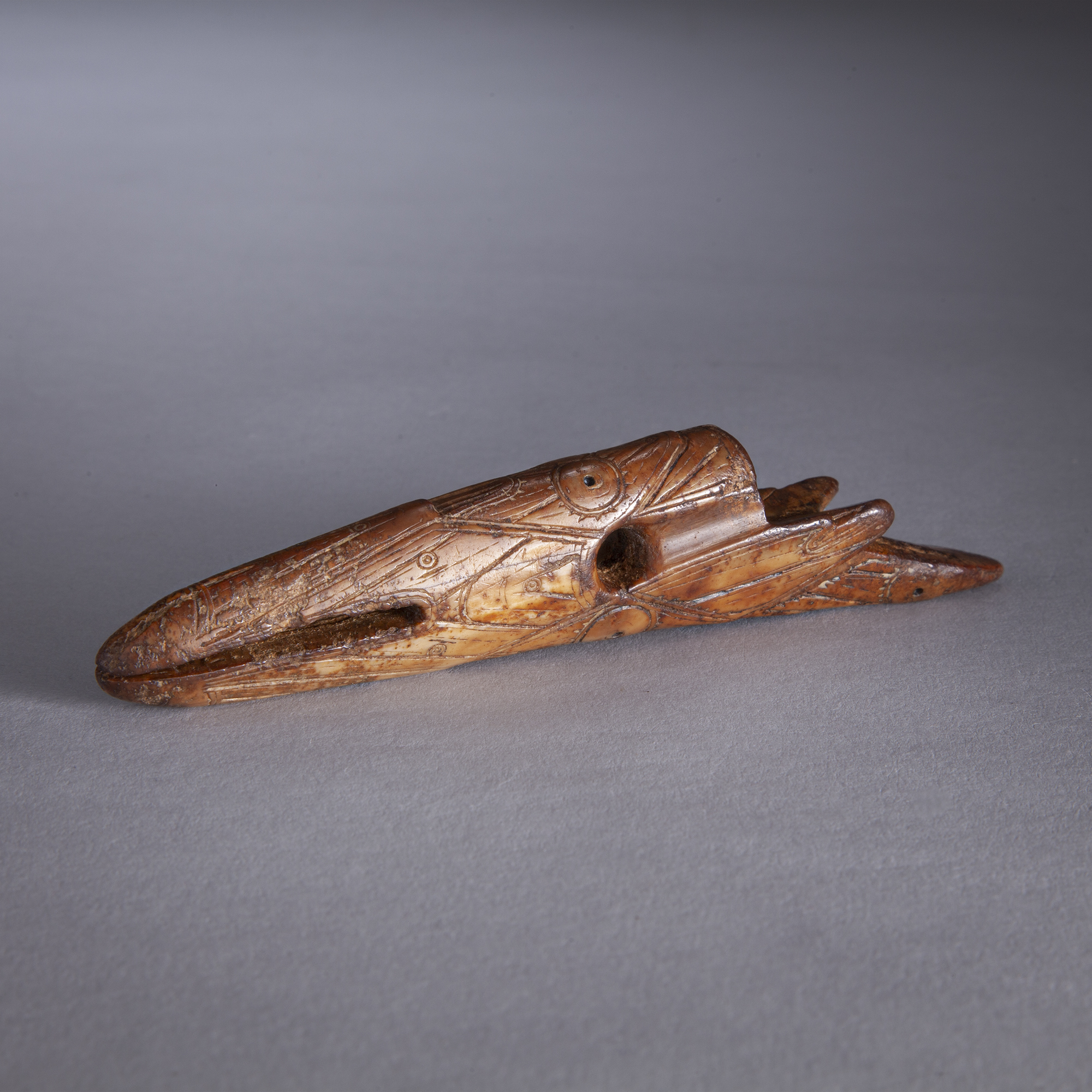 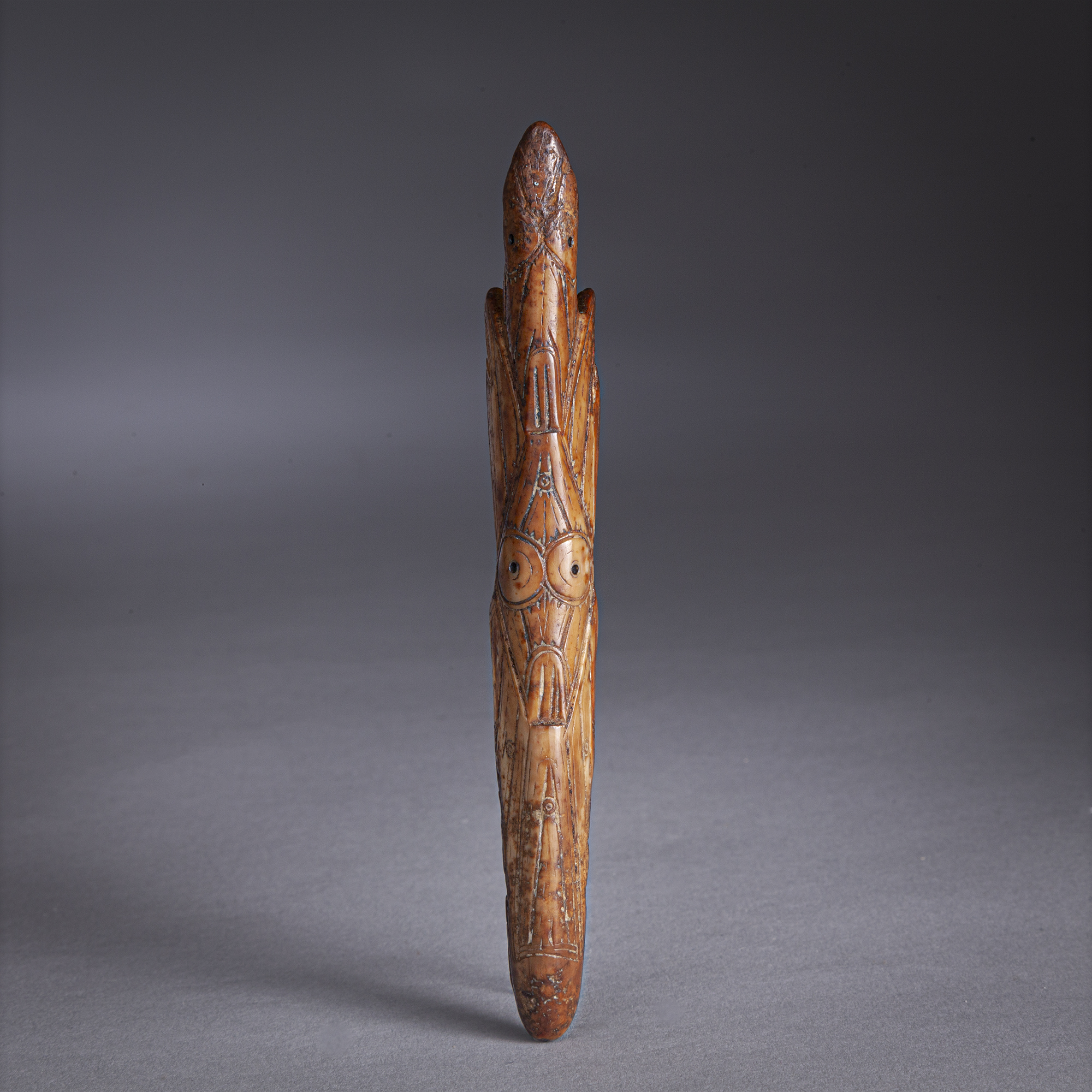