The harpoon has been essential to the lifeways of the peoples living on either side of the Bering Sea for millennia. It has undergone significant evolution in design during its long history, refined as both a tool and an object of artistic focus. The advent of the toggling harpoon in about 1500 B.C. was particularly revolutionary in its development. Elements of these harpoons—head, foreshaft, socket piece, and counterweight—were made of walrus ivory and, over time, artists began to embellish them with delicately incised designs. Spirits that attracted game and that fortified the harpoon itself were among the depictions in these drawings. By the first half of the first millennium A.D., the incised patterns had become both elegant and complex and often included "hidden" or cryptic images.

This finely worked socket piece offers a showcase of the enigmatic curvilinear designs found on decorated toggling harpoons. The incisions wrap around the full surface of the cylinder, presenting a flowing host of bowed, cell-like motifs and sharply pointed elements that overlap and abut one another in an abstract press. Beguiling in visual intent, they evoke a mass of eyes, faces or animal forms that separate, merge, and alter their relationships to one another depending upon the shifting perspective of the viewer. Laid out two-dimensionally, the composition is revealed to be bilaterally symmetrical. 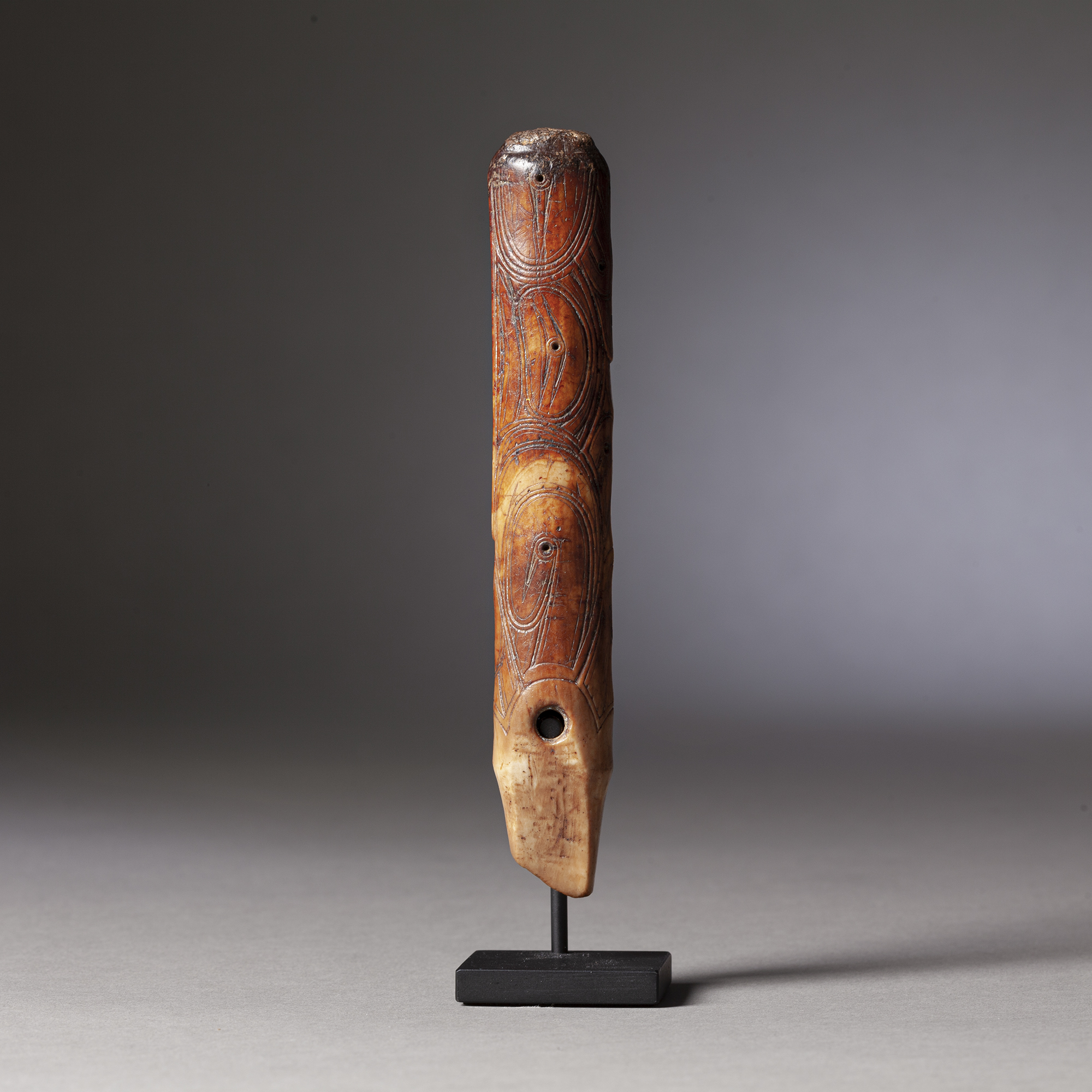 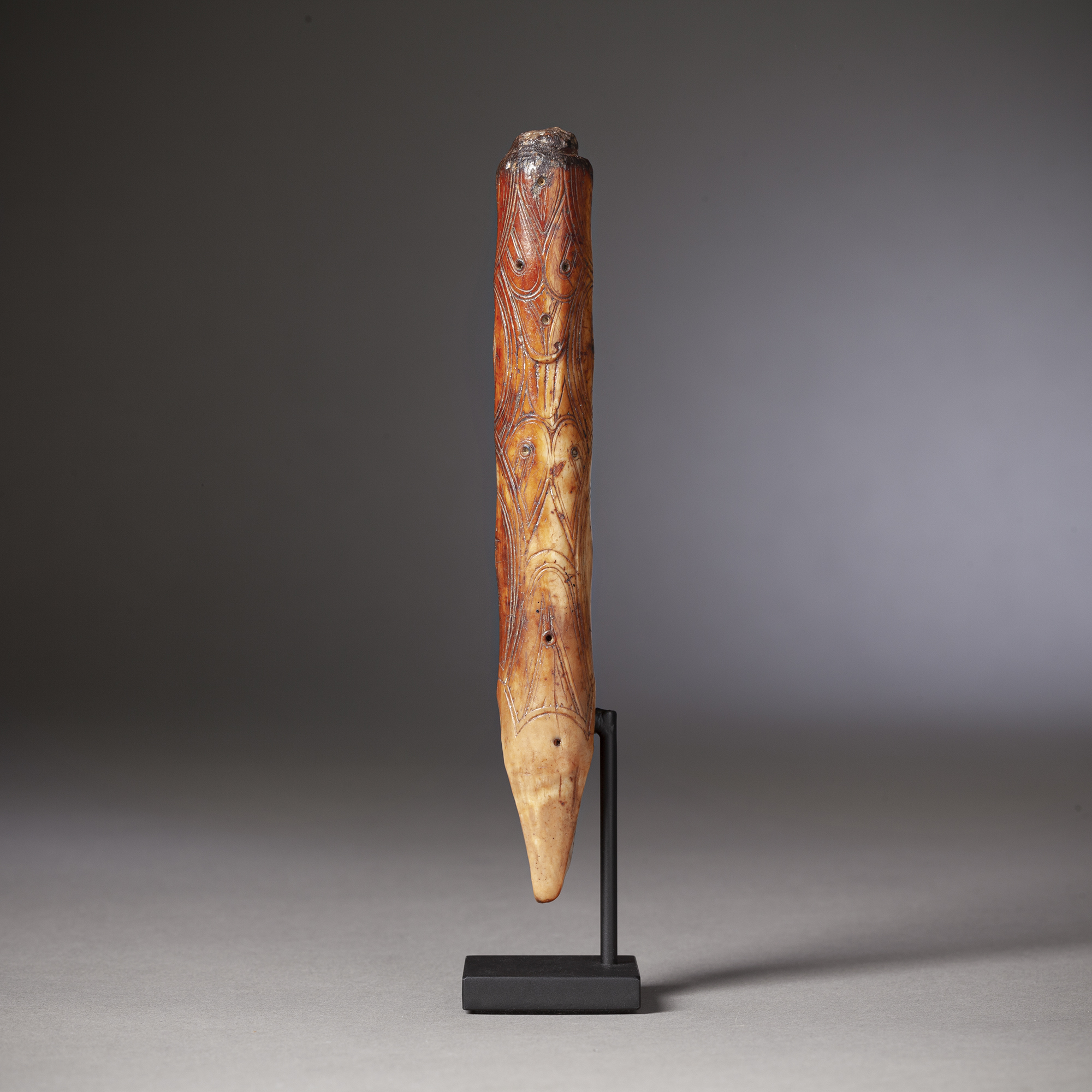 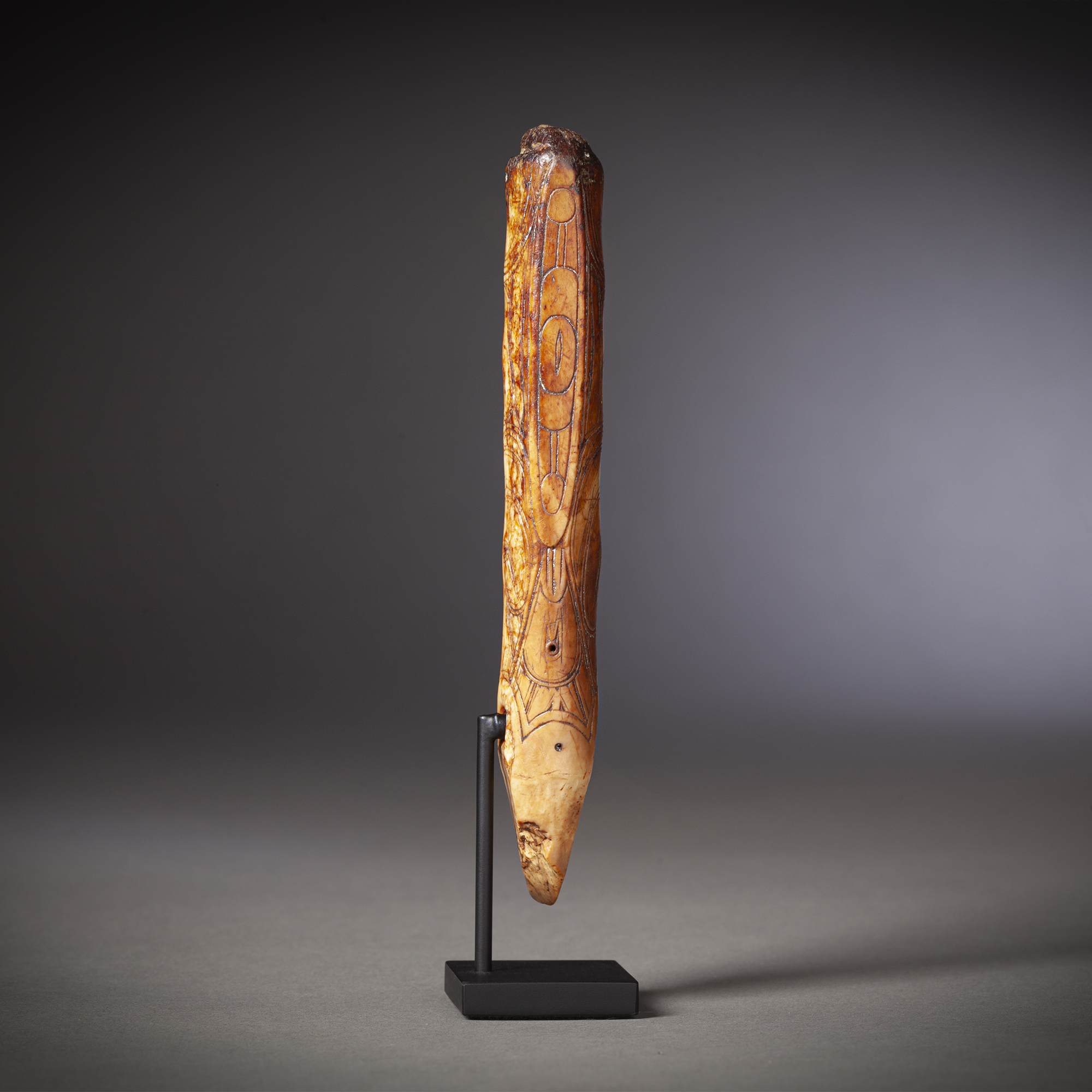 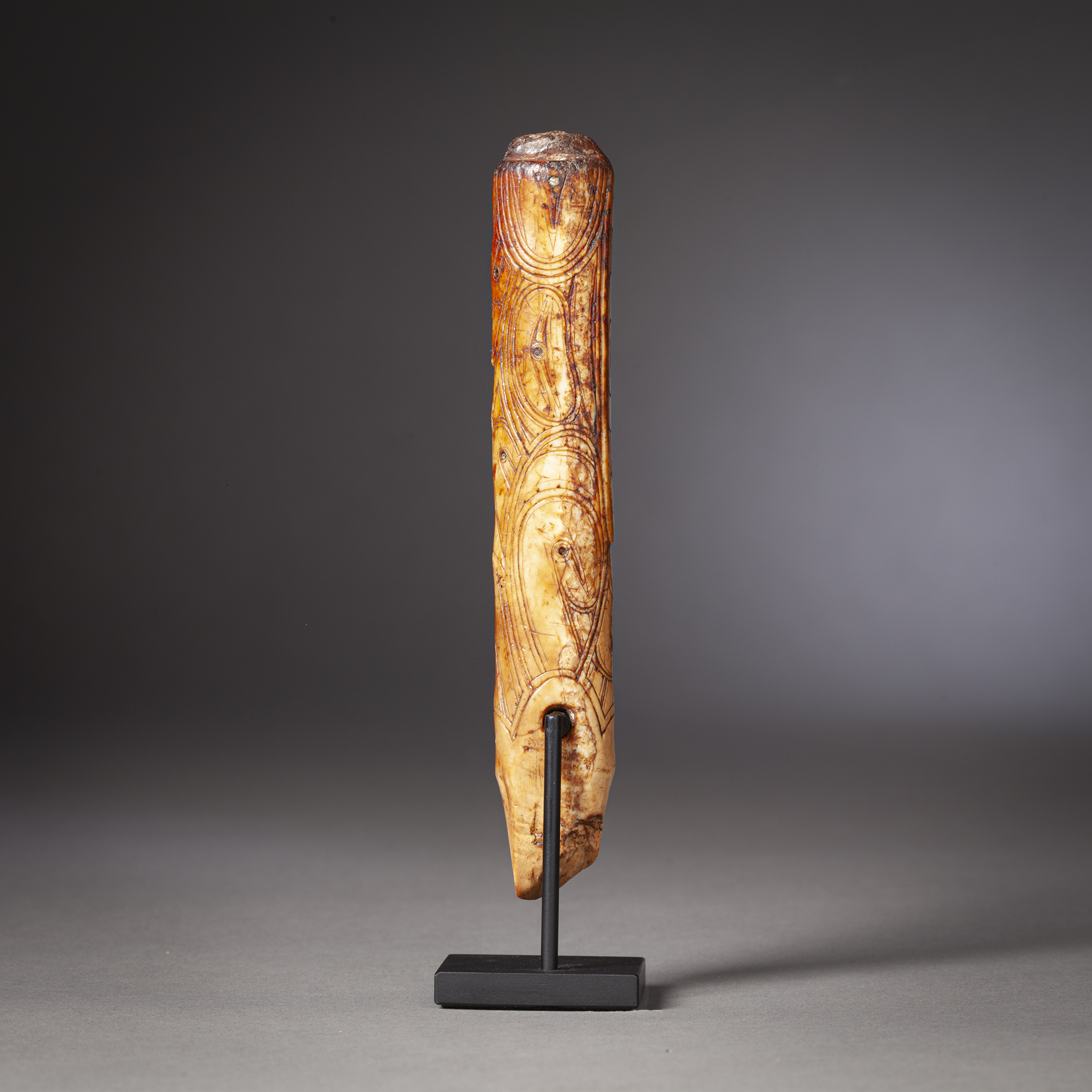 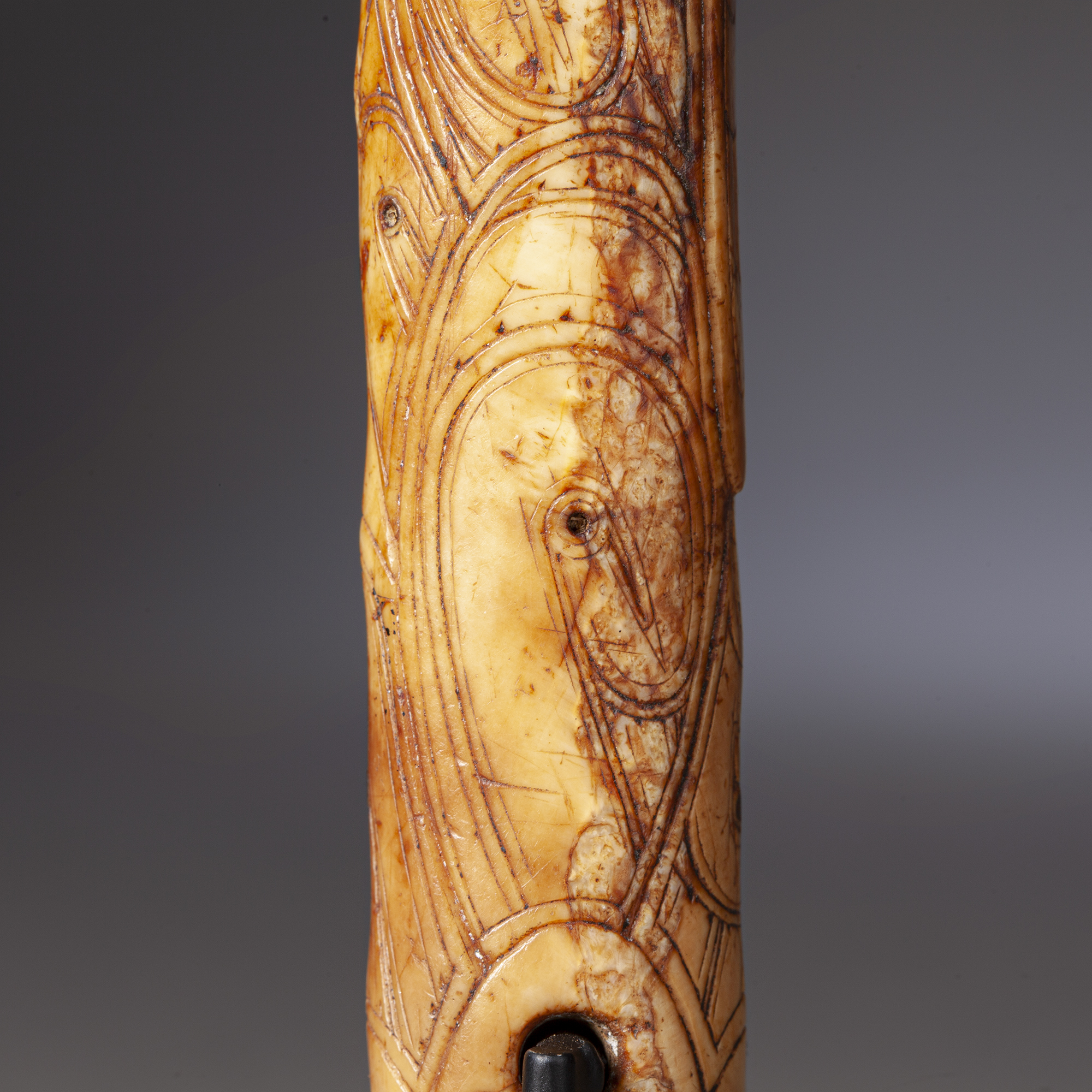 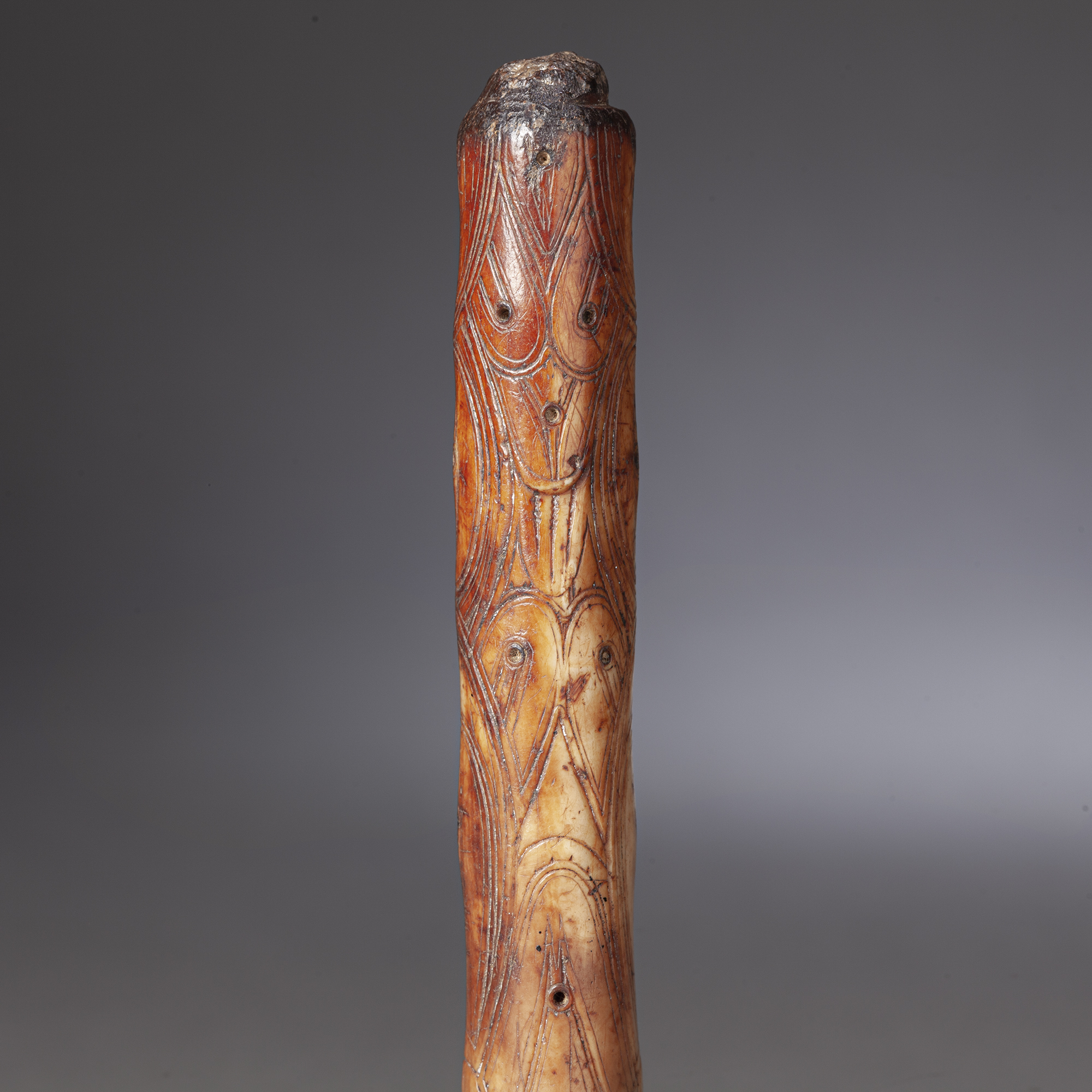 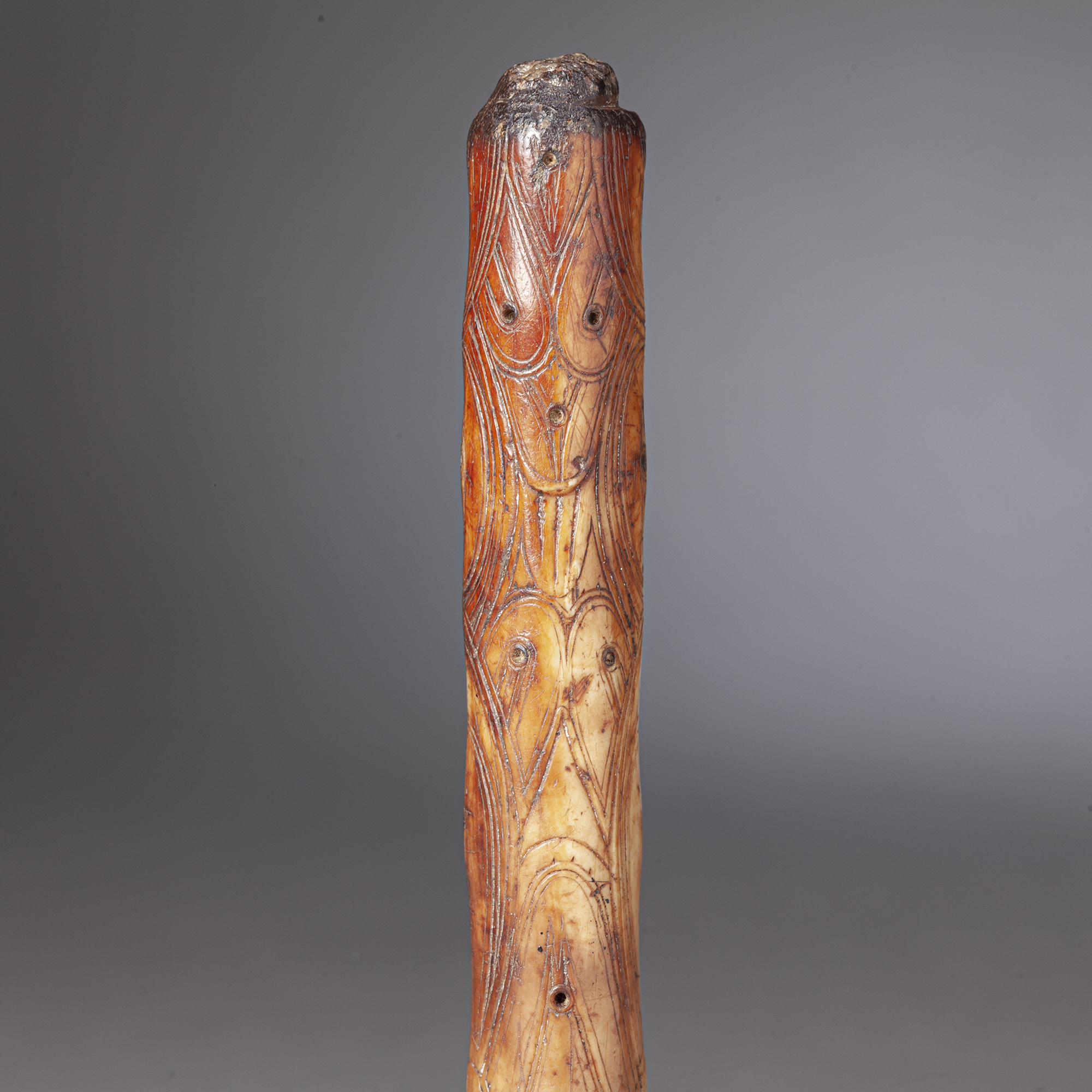 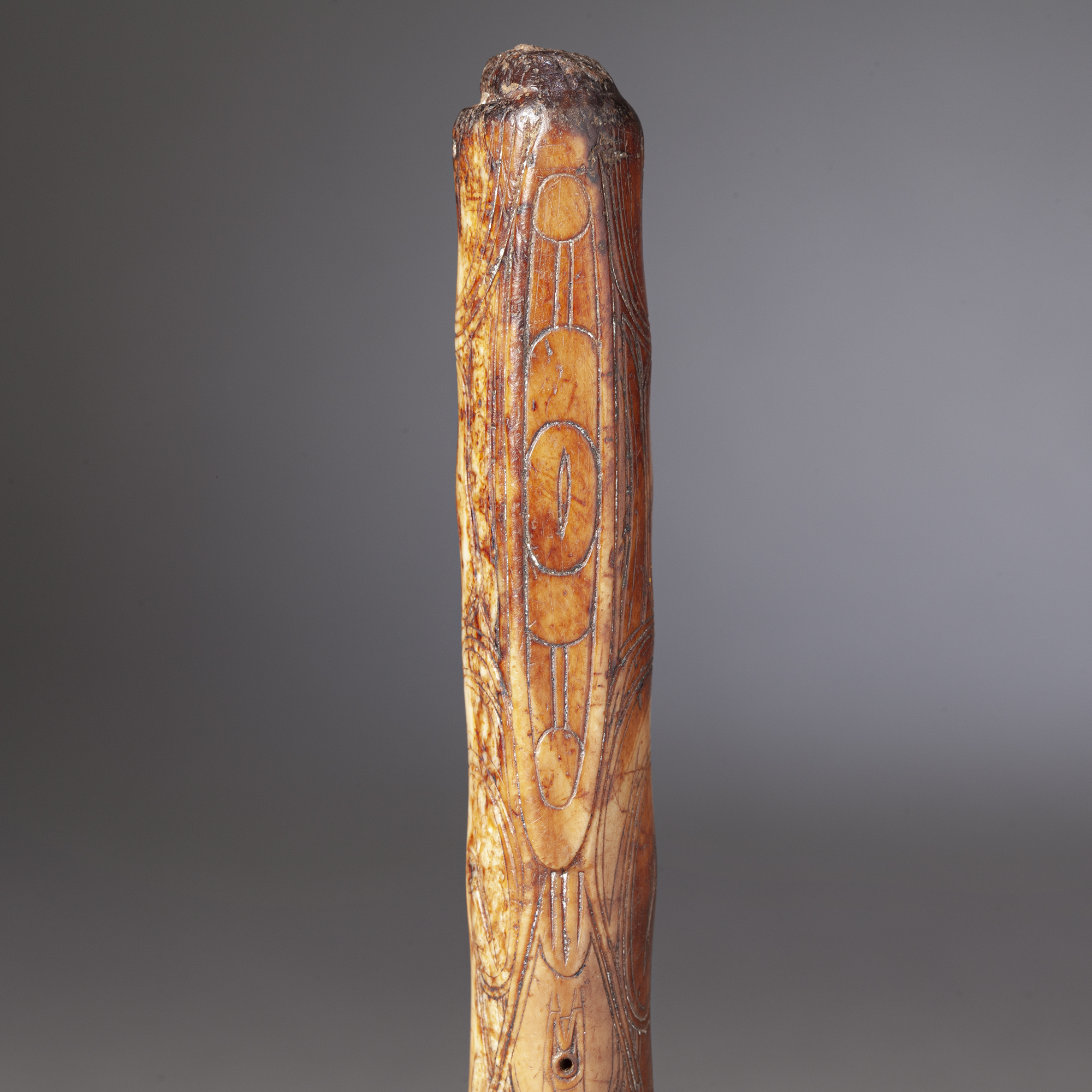