This highly expressive Inupiat portrait mask, carved in plain wood, shows crescent moon eyes, a triangular nose, and a broadly curved smile in a gently convex face. Two large labrets attached near each corner of the bottom lip, one domed and the other rectangular, are the mask’s only additional details. The visible wood grain plays a subtly decorative role, rippling beautifully across the brow and chin. Designed with a prominent crescent theme throughout the face, this mask may carry associations with the moon. Masks similar to this example have been collected at Point Hope, an Inupiat community on the northwest coast of Alaska.
‍

Inupiat masks are typically less elaborate than those made by their culturally and ethnically related Yup’ik neighbors to the south-east, crafted in the plain style seen here and usually large enough to cover the face alone. Their relatively small size may be a result of more limited supplies of wood, given that Inupiat villages are found mostly north of the Arctic Circle, well above the tree line. Inupiat masks bear similarities in form to more ancient Old Bering Sea sculptural traditions – not surprisingly, as the Inupiat share both the same land and, probably, an intact lineage from their ancestral forebears.
‍

In Inuit culture, masks were used by a shaman (angakok), the only member of the community with sufficient power to control the spirits of nature. Masks enabled them to communicate with the spirits and understand their needs, and to give recommendations on how to appease them. Guidance from the angakok often emphasized a carefully observed code of behavior that would preserve a positive relationship with the spirits, upon whose goodwill the life of the community depended. 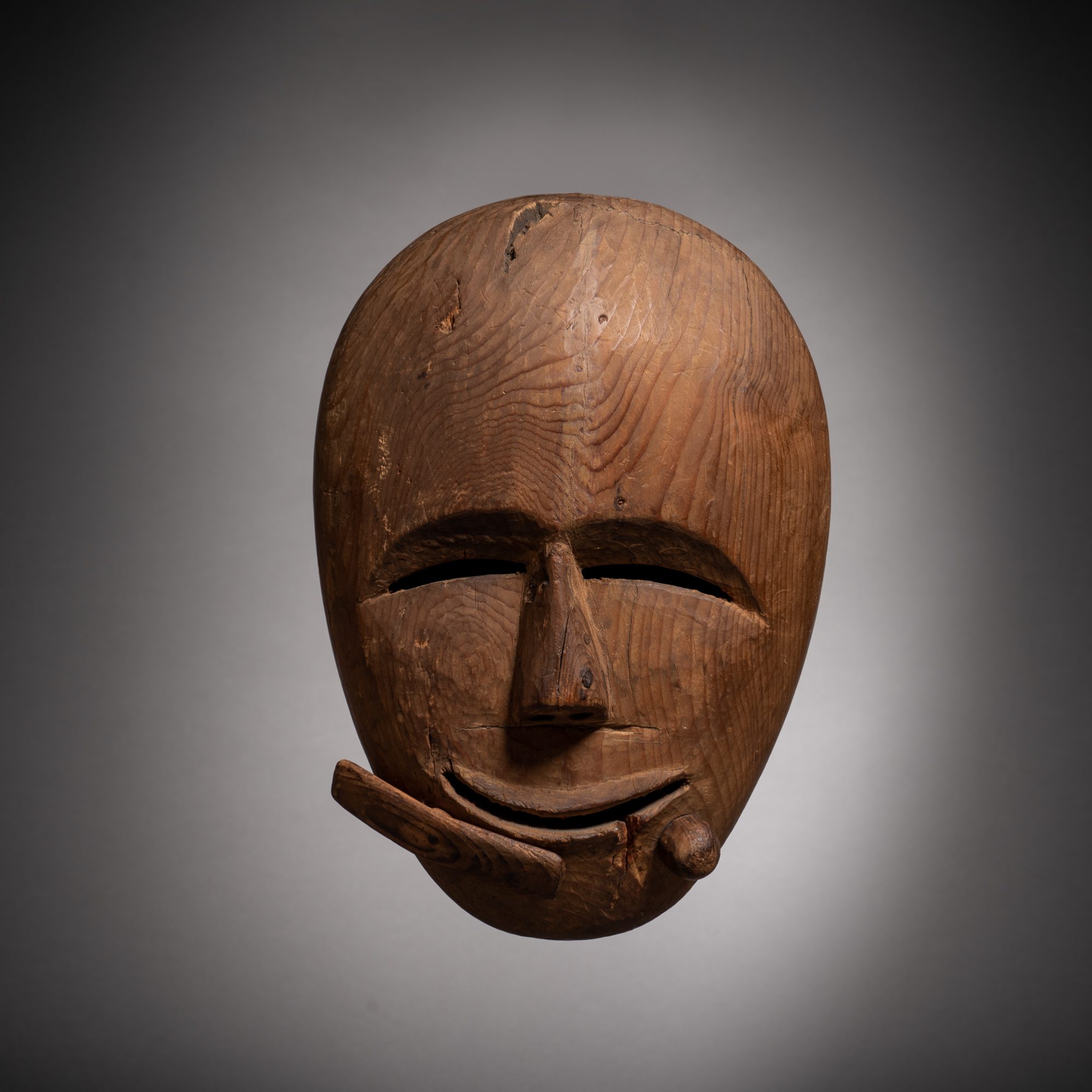 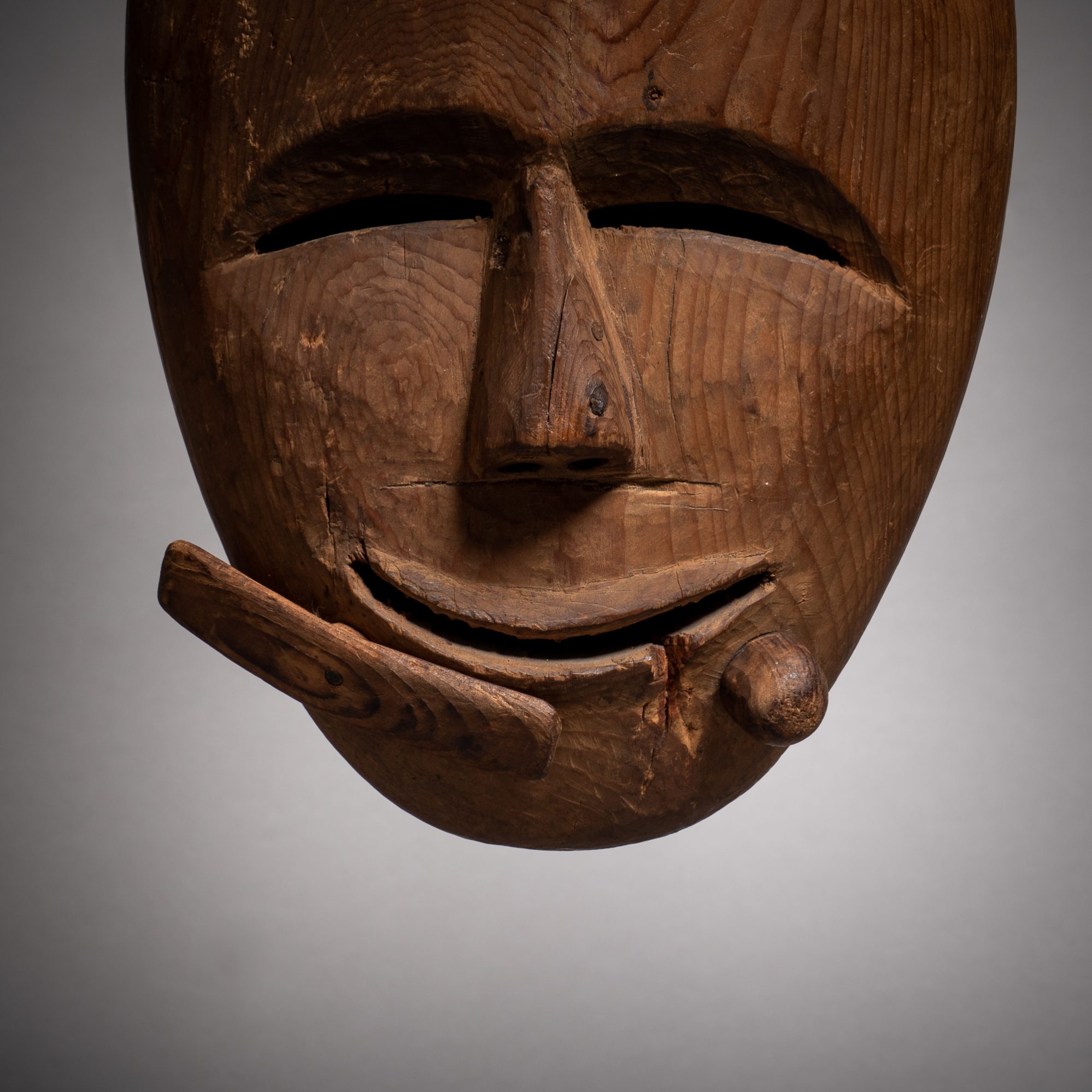