Shaped with robust and vigorous volumes, this female Kanak figure communicates a strong sense of fleshy physicality. With a benevolent expression, its oblong visage sits atop a broad neck, with wide-set eyes, abstracted ears, and a classic Kanak nose of great width and protuberance. Narrow arms flank a cylindrical torso, bending at the elbow to place small hands upon a projecting umbilicus. From its broad hips descend thick, exaggerated thighs and calves, standing well apart to frame and emphasize the pubis.

It is unclear what exact purpose figures such as this one served, but a similar example in the Museum der Kulturen, Basel, was identified by Fritz Sarasin as one associated with the bringing of rain: "It is probable that most of these figures were associated with ancestor worship. They, and in fact all of the sculptures of New Caledonia, were carved by artists who had been selected not only because they were skilled craftsmen, but because they had a relationship to the supernatural spirits they represented in their works." 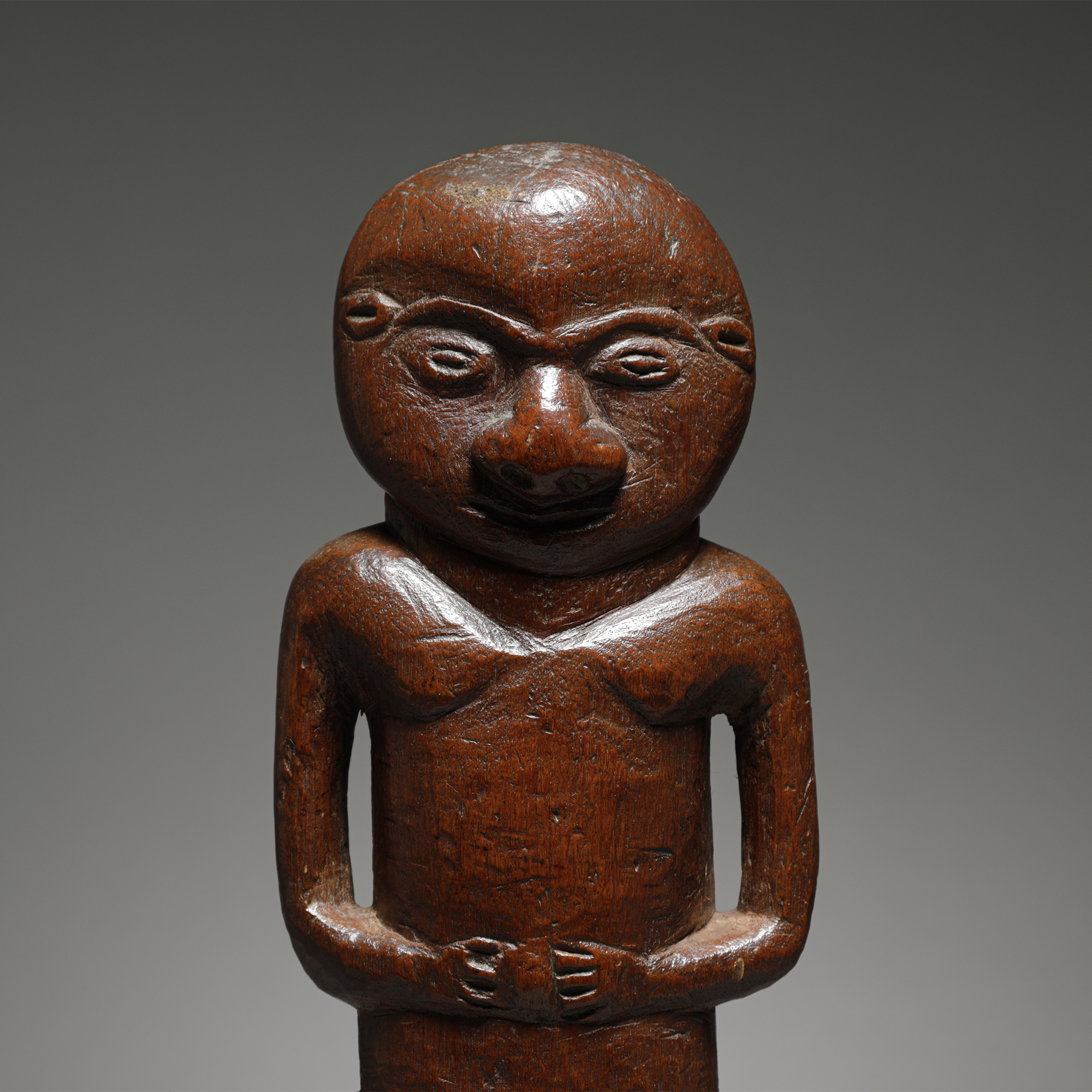 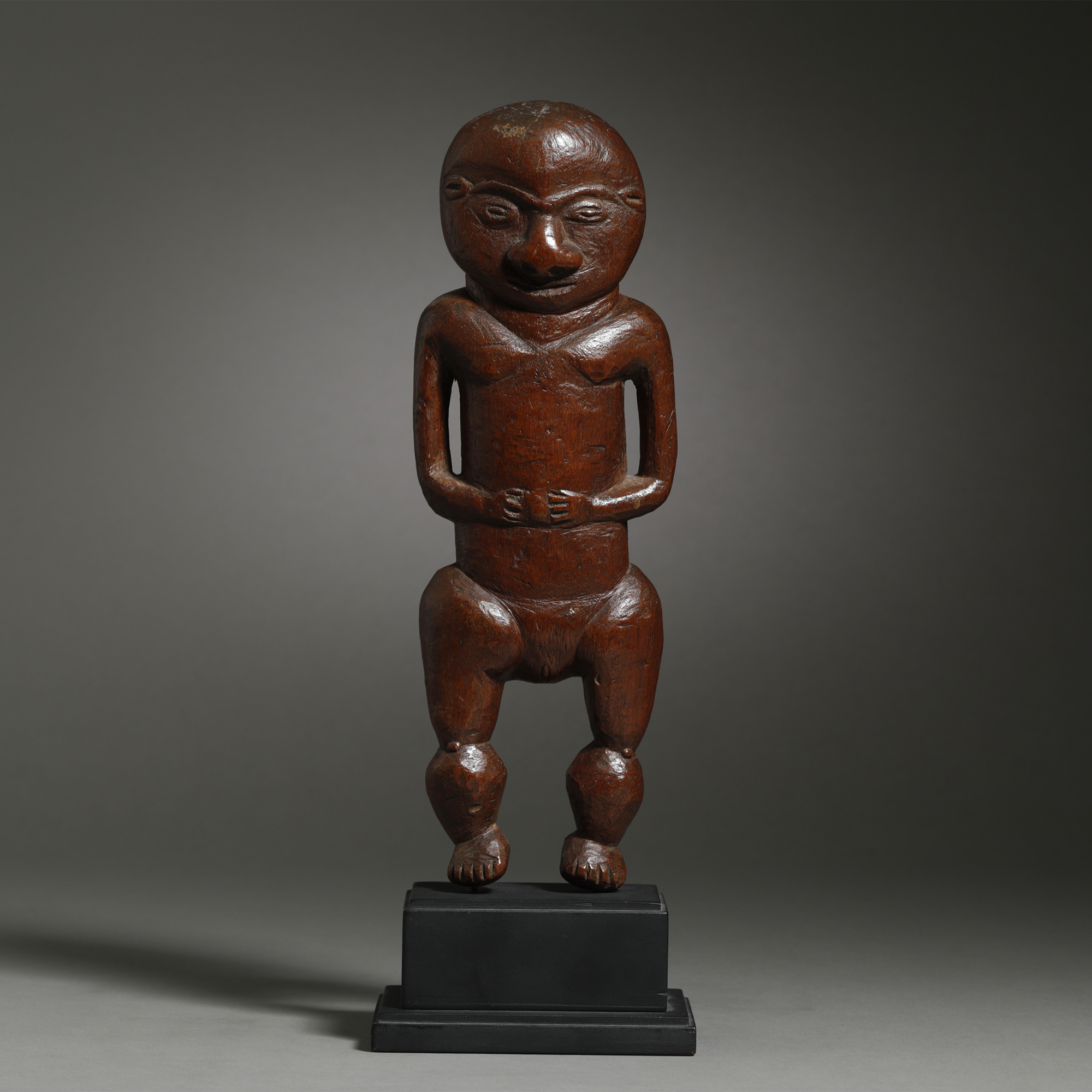 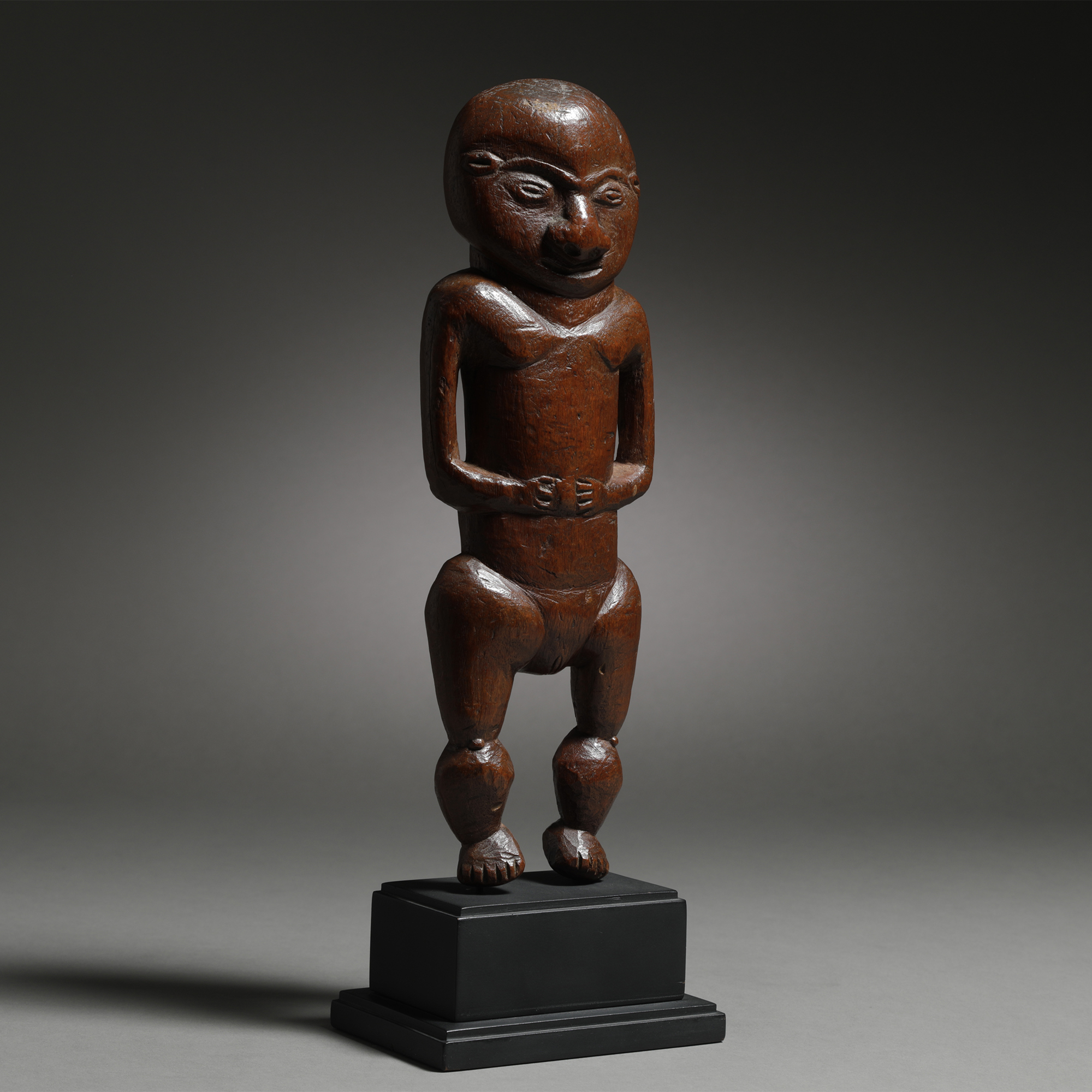 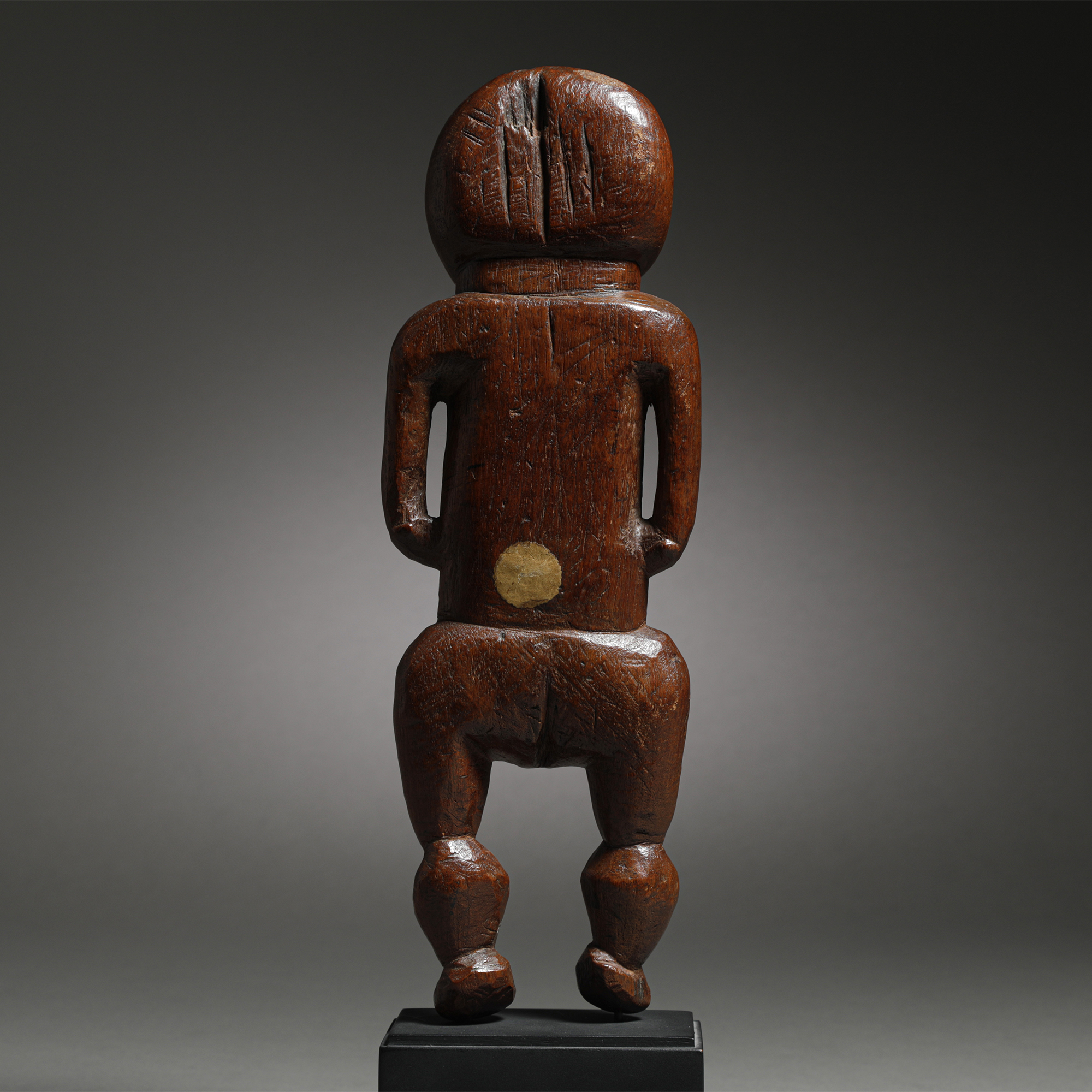