This leaf-shaped dance shield is known as ndome and is used in boys' coming-of-age ceremonies among the Kikuyu people of central Kenya. When worn, the left arm is slipped through the ring at the base of the shield and the shield itself stands high above the head of the dancer. The ndome symbolizes the warrior status the boy is about to acquire through the rites of initiation, and the polychrome designs carved in relief on either side relate to those with which he will decorate his future war shield, signalling his local origin and affiliation to a particular initiation cohort.

The adulthood initiations of both sexes are important and separate affairs, but both involve circumcision and the use of shields. For boys, the ceremony is called irua and takes place between the ages of fifteen and eighteen. After the shield dance, several boys are circumcised at once at a special ritual location, grouped by age. Each set of boys is given a group name and its members treat each other as brothers for life, and fight together in battle.

Characteristic features of the ndome are a series of serrated grooves in the form of a crescent on the reverse side and a small, eye-shaped hole in the center through which the dancer may peer. Patterns on the obverse side traditionally followed the shape of an eye or eyelid. Craftsmen called muumburo or the initiates themselves scraped, redesigned, and repainted these shields, which the initiates customarily inherited as treasured heirlooms from older male members of their family. If there was more than one boy in a family, a new shield would be commissioned. 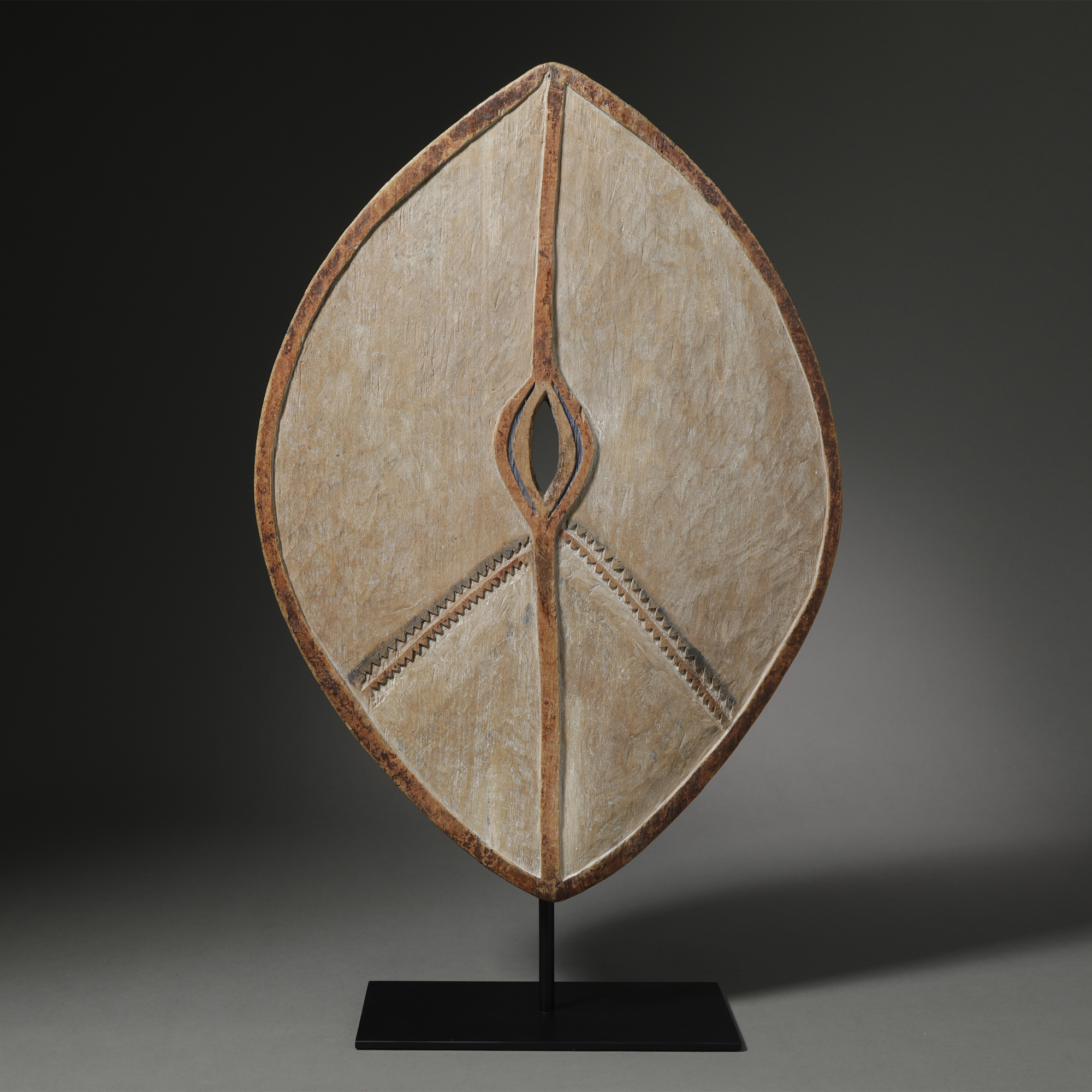 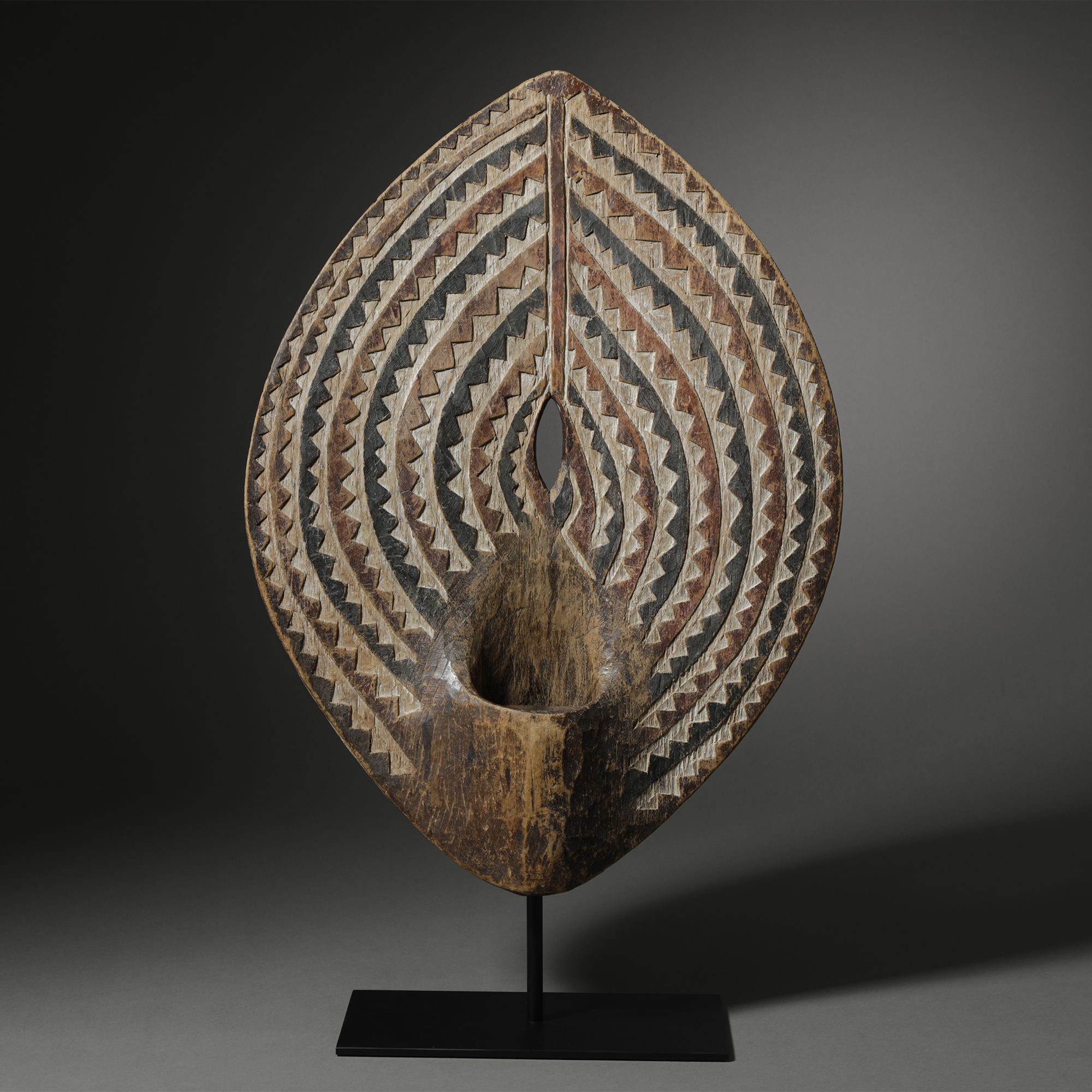