Composed with uncommon beauty, this ivory knife is extremely rare and may be the only known example of its kind. Both faces of its broad, planar form show classic Okvik decoration with long, doubled, ray-like incisions fringed with spurs spreading down and away from the upper center of the piece, with light dashes interposed between. A small animal head projects out from one upper corner, probably representing an Arctic fox or red fox. The ivory has been worked to a fine thinness and boasts a deeply contrasting two-tone appearance conjuring an image of islands resting in a bay, over which the incised designs seem to elegantly float.

Ridged with undulating serrations around its full circumference, this knife would have been used to cut and prepare raw materials such as hide. The user’s hand would rest over the top edge of the blade, gripping the spine of the knife with the forefinger placed on the back of the animal head. The soft, rounded edges of the knife attest to a history of use, and a small loss has been sustained on the side opposite the animal head, possibly reflecting a second animal head, although this is conjecture.

‍
This piece has a rich provenance, having been obtained in situ on St. Lawrence Island in 1978 by Kenneth Pushkin, a vigorous collector and early dealer in Arctic art, from whom it passed to legendary Native American art collector George Terasaki. 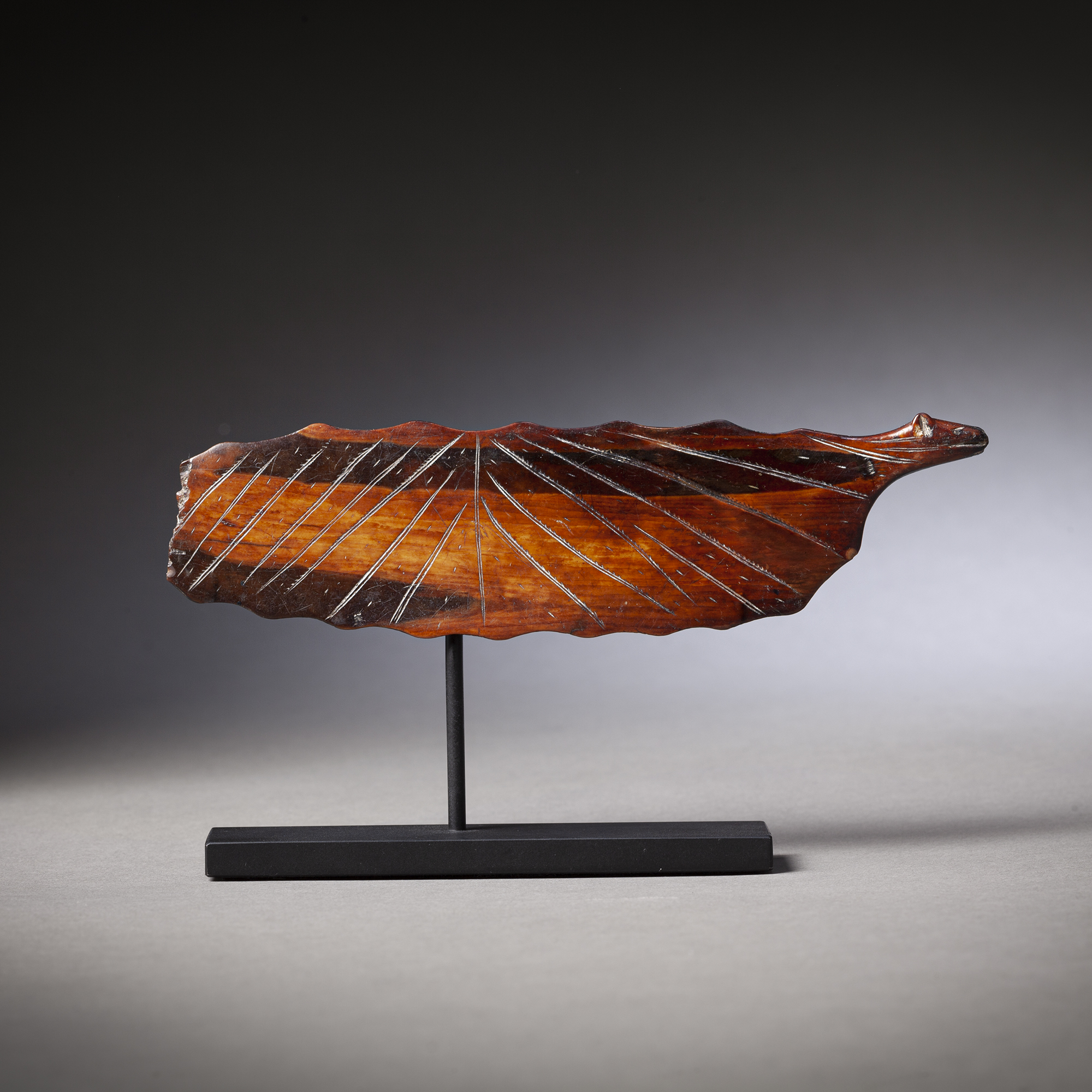 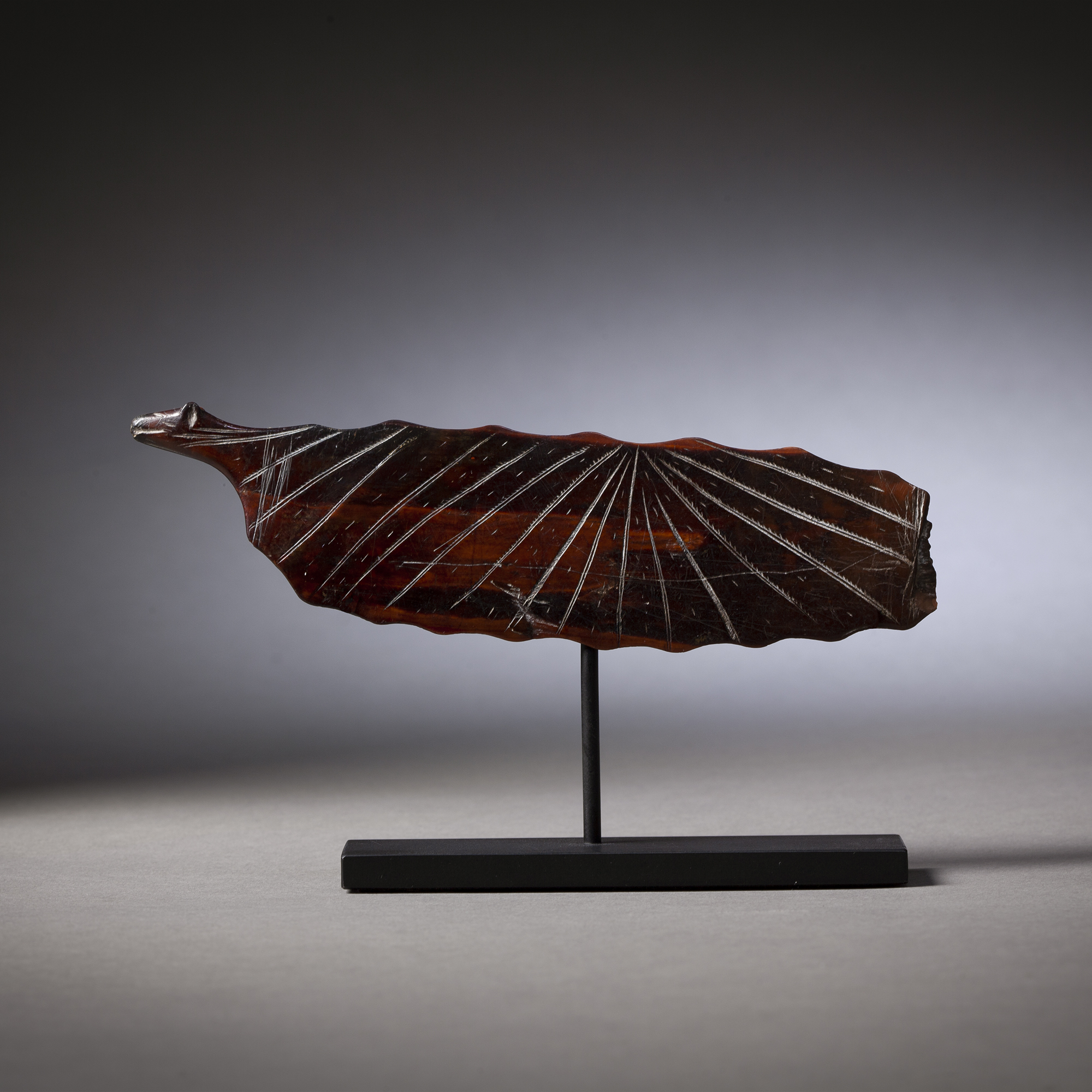 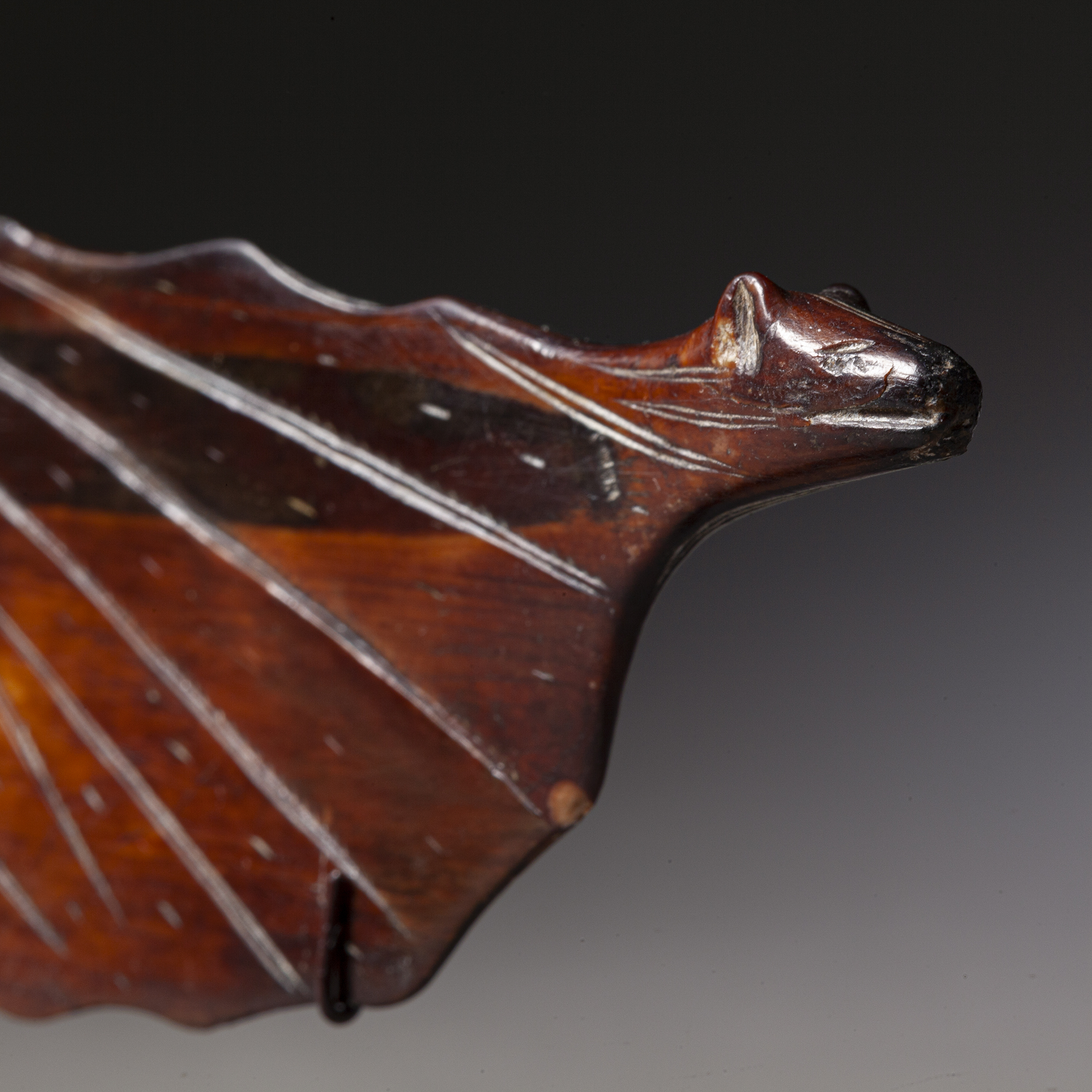