Renowned for their arresting sculptural power, Kongo power figures represent one of the most iconic art forms of central Africa. Created collaboratively by an artist and a ritual specialist (nganga), they are conceived to house potent mystical forces and bear stern witness to critical community affairs.

Nkisi (pl. minsiki) is both the name of a spirit and a figure that can be made to contain it. The nganga empowers the figure by embedding animal and plant substances into it, often in a cavity on the stomach, which is covered by a mirror. Thus charged, the nkisi is able to identify and attack a sorcerer who may be causing harm to certain individuals or the community at large; as well, minkisi were used to resolve conflicts among tribe members. Many minkisi are pierced with numerous nails and shards of metal, each of which attests to a resolution between members of the community or an effort to combat evil. While most minkisi brandish a dagger, indicating their role as avenger, some stand with hands akimbo, suggesting their role as Supreme Being.

The nkisi offered here shows a large abdominal cavity, multicolored body, and a number of attached accoutrements, including a prominent feather crown (possibly replaced) and a small cloth bundle slung across the torso. Wear and age have left the surfaces of the figure richly textured. Planted on its large feet and animated with a wide-eyed, vital expression, the figure holds high its right hand, which once carried a blade. 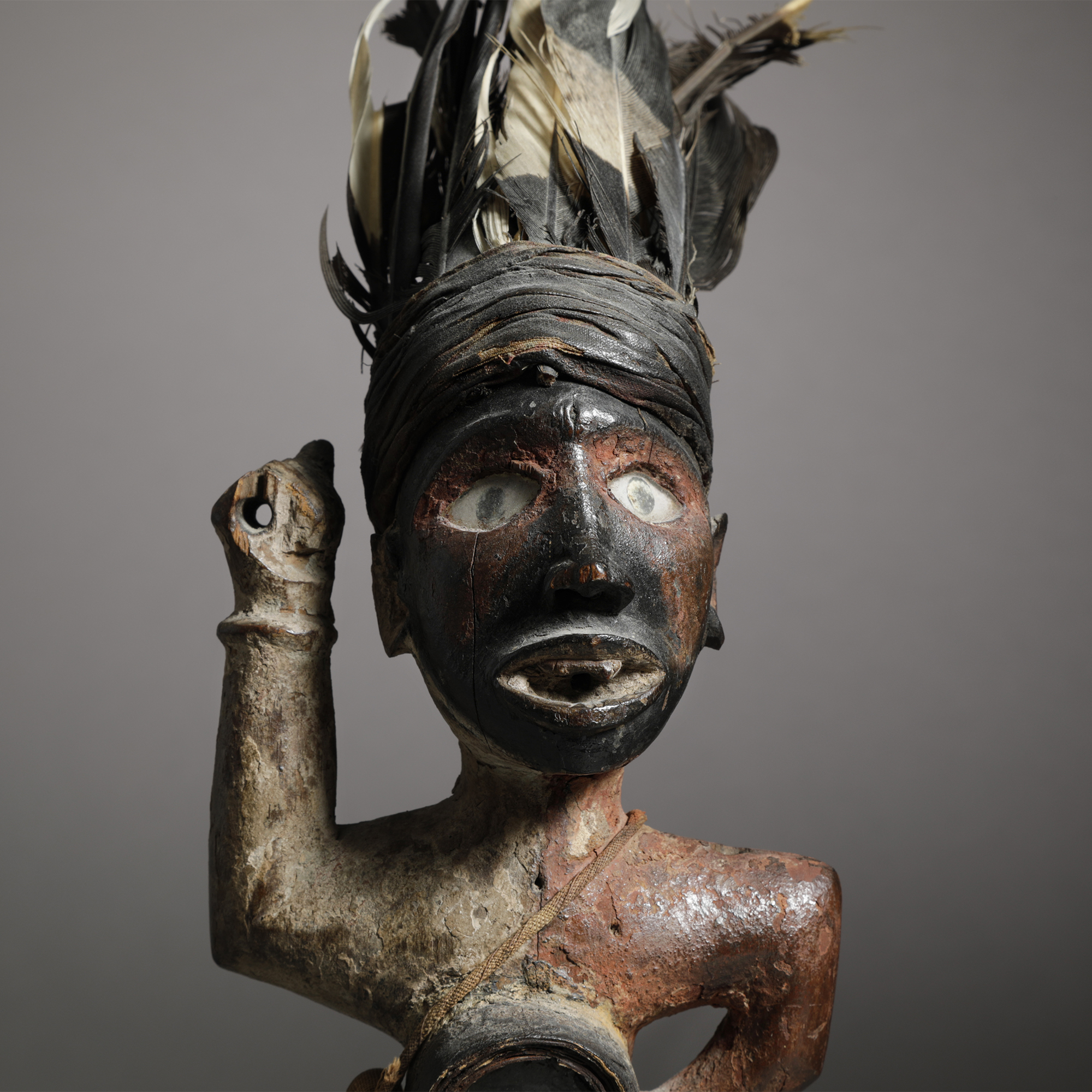 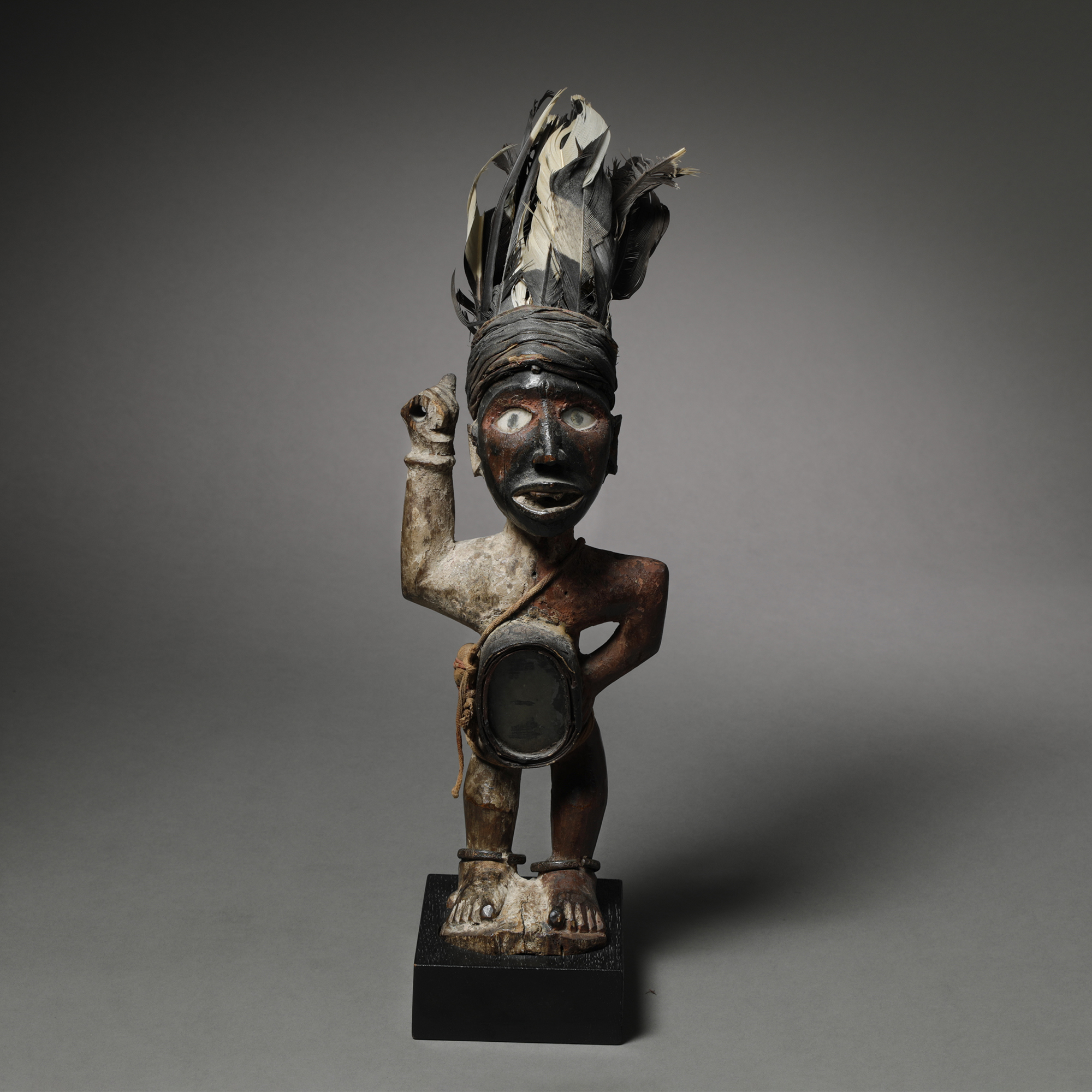 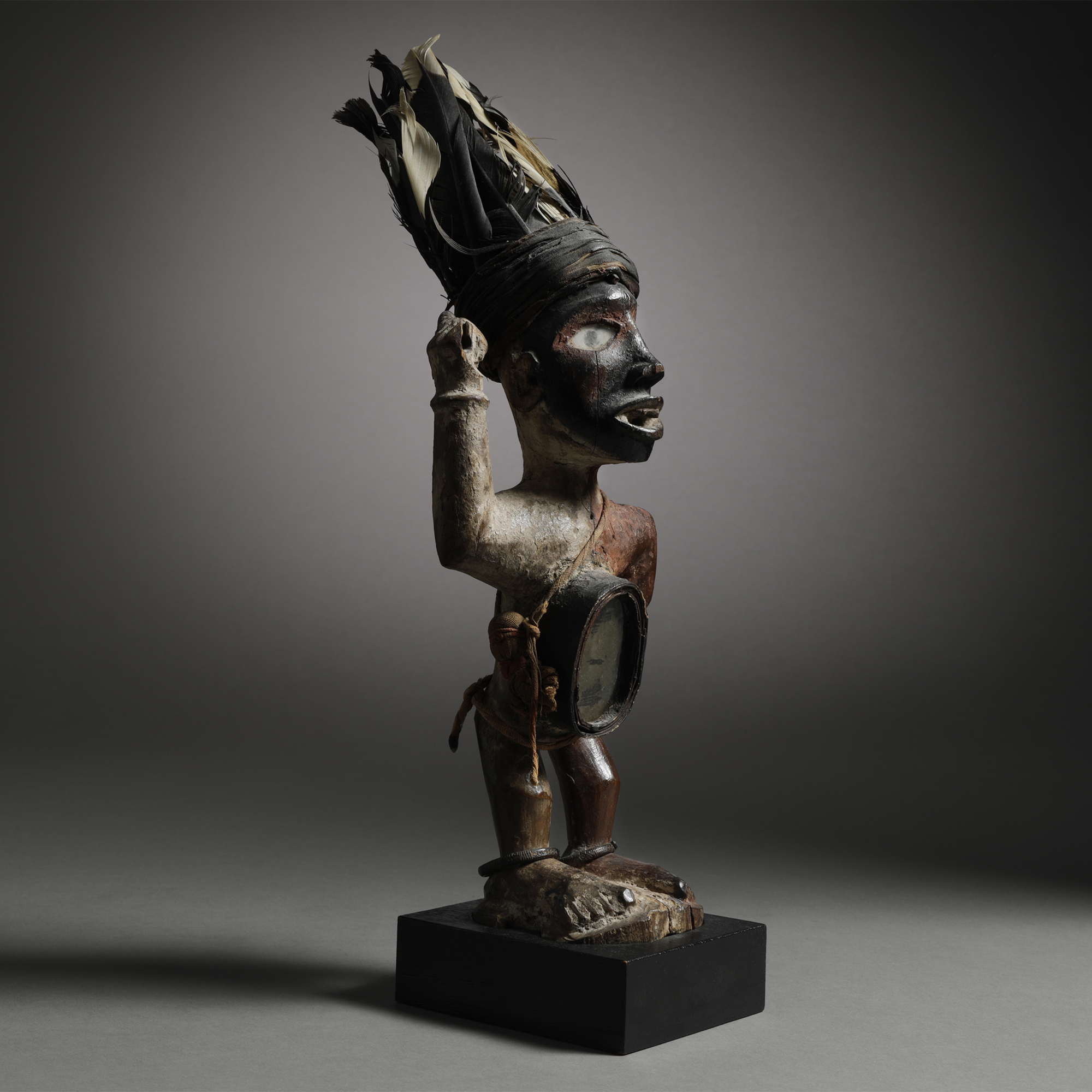 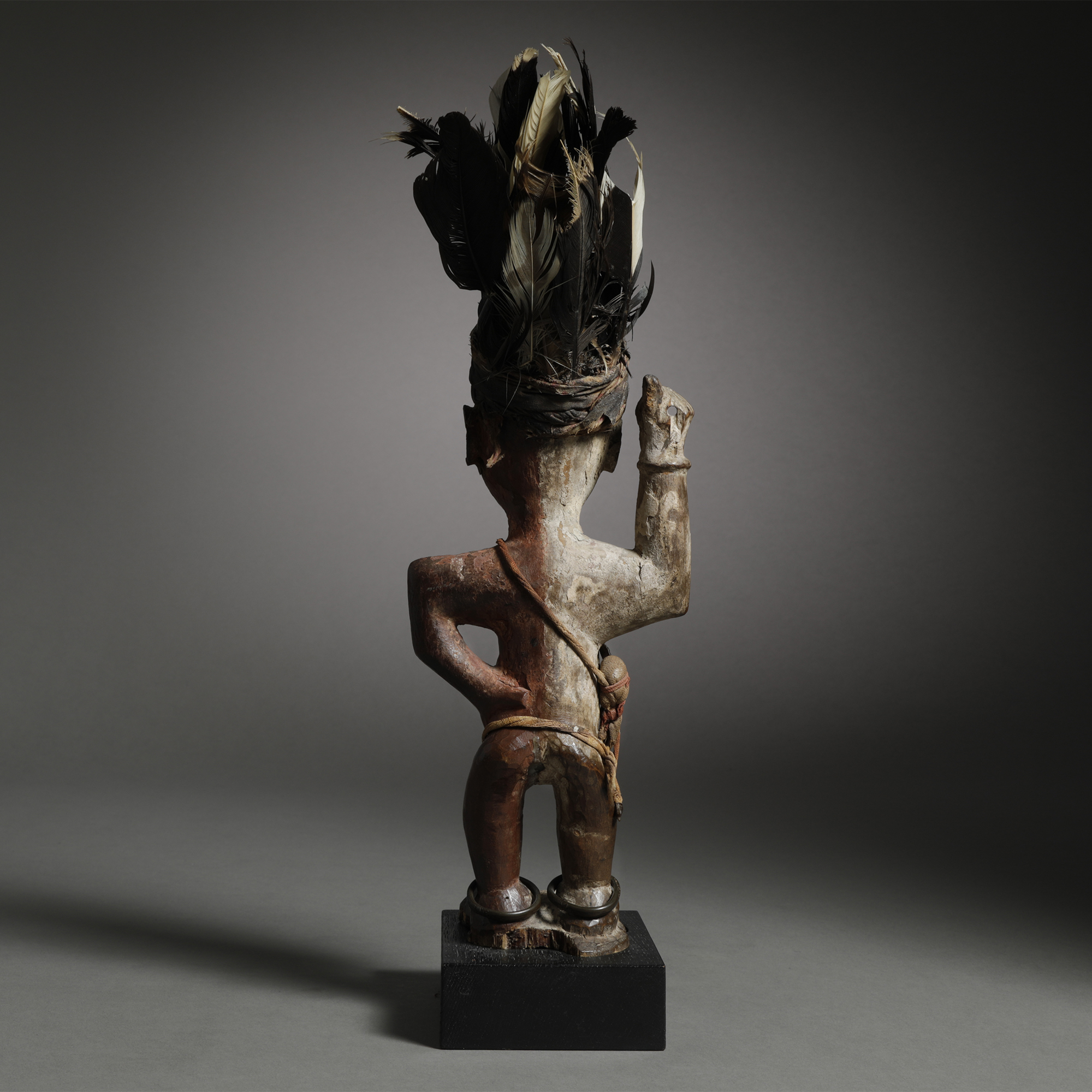