Palm wine horns were objects of high status among the Kuba. As icons of kingly largesse they were accordingly decorative, laboriously carved in low relief with patterns of studs, concentric rings, zigzags, and other geometric motifs. Their sharply angled buffalo horn shape was emblematic of the power of their owners, who often carried them suspended from the belt.
‍

According to Pierre Dartevelle, the bearer of the horn offered here would have been identified as a tax collector, and would be given water when he arrived in the village. Its dark surface, worn smooth with use, is decorated with incised concentric rings and zoomorphic motifs composed in a looser manner than many examples of its kind. A similar Kuba horn is illustrated in Leopoldville-Liège, Liège-Kinshasa. Les collections africaines de l’Université de Liège, 2007, pp. 85, 87. 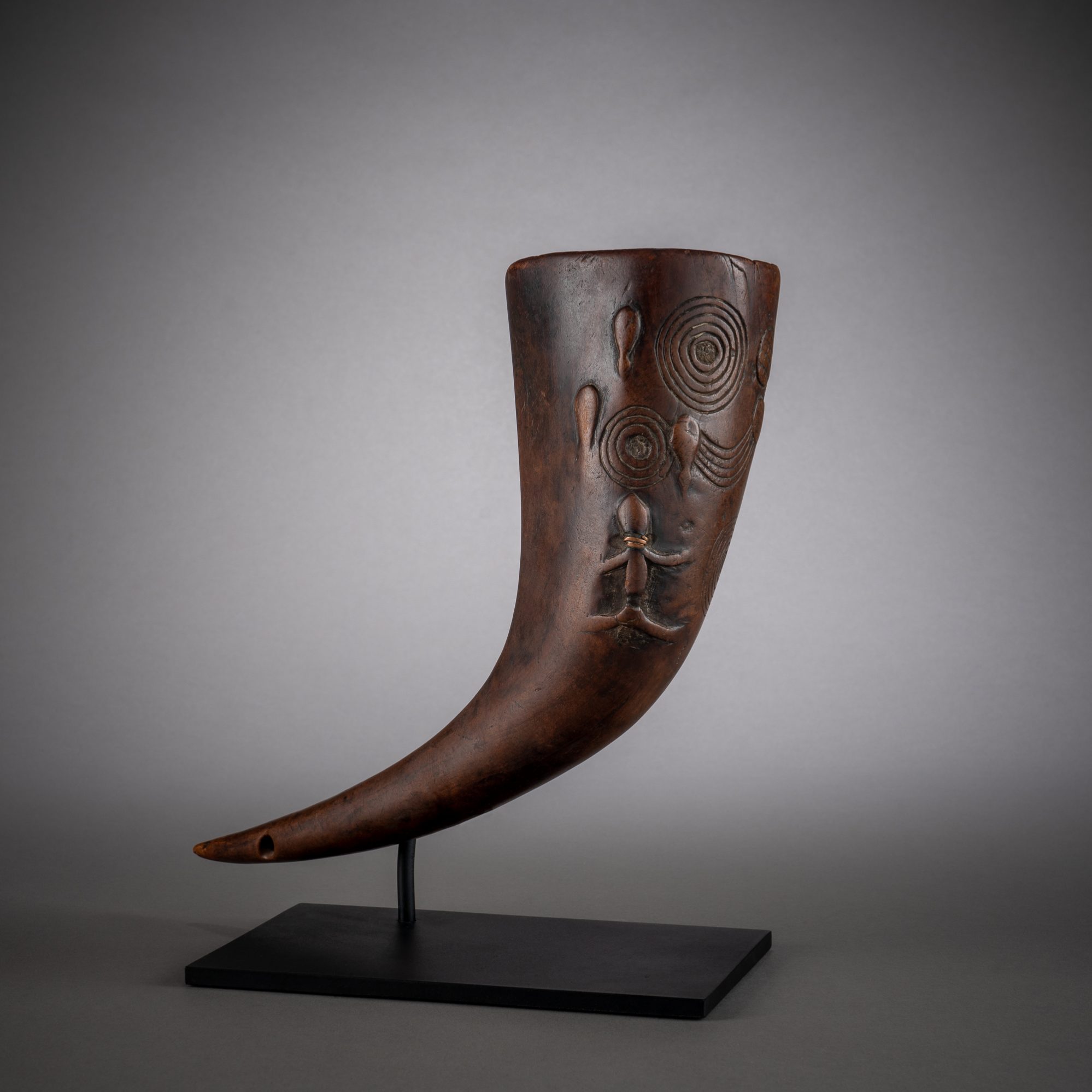 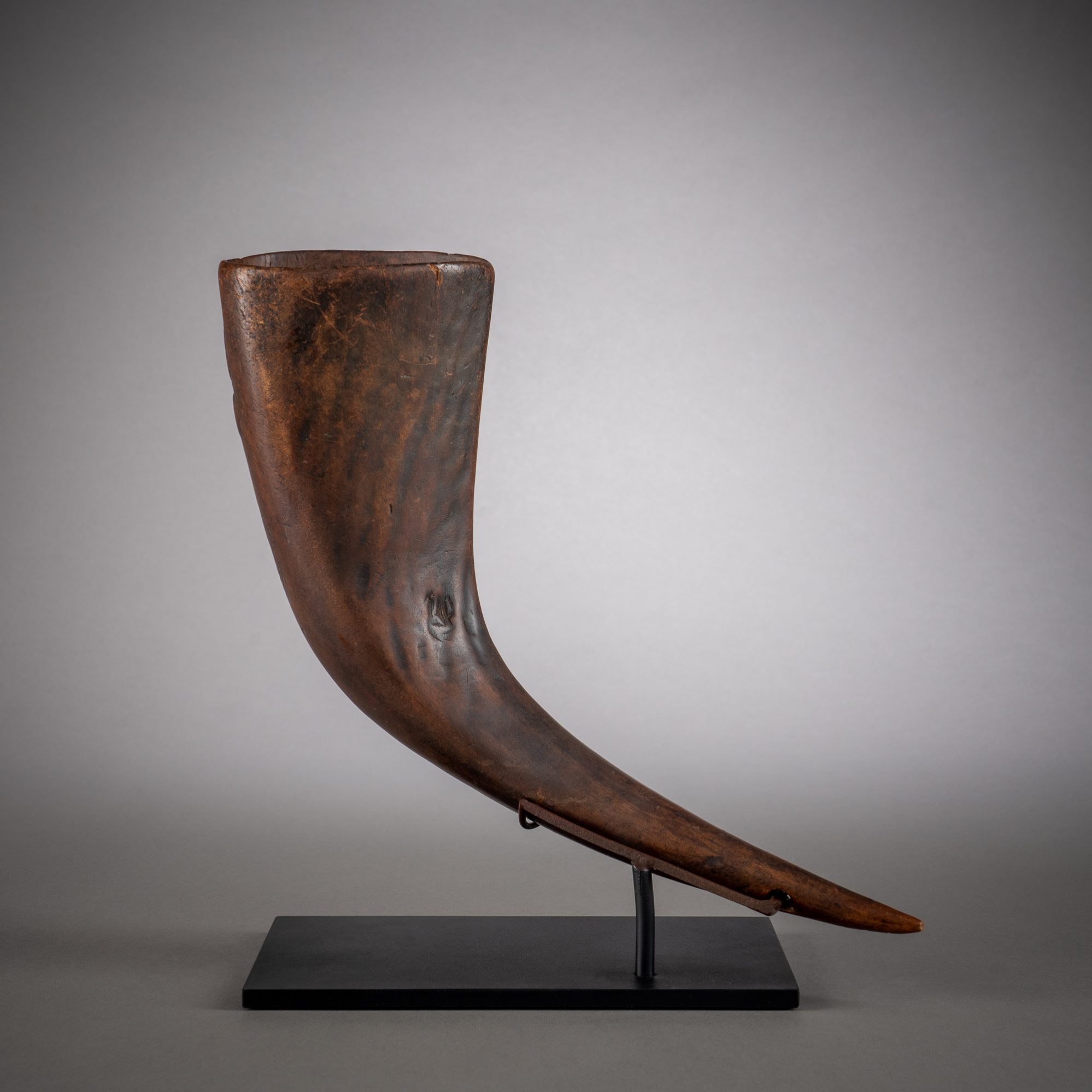 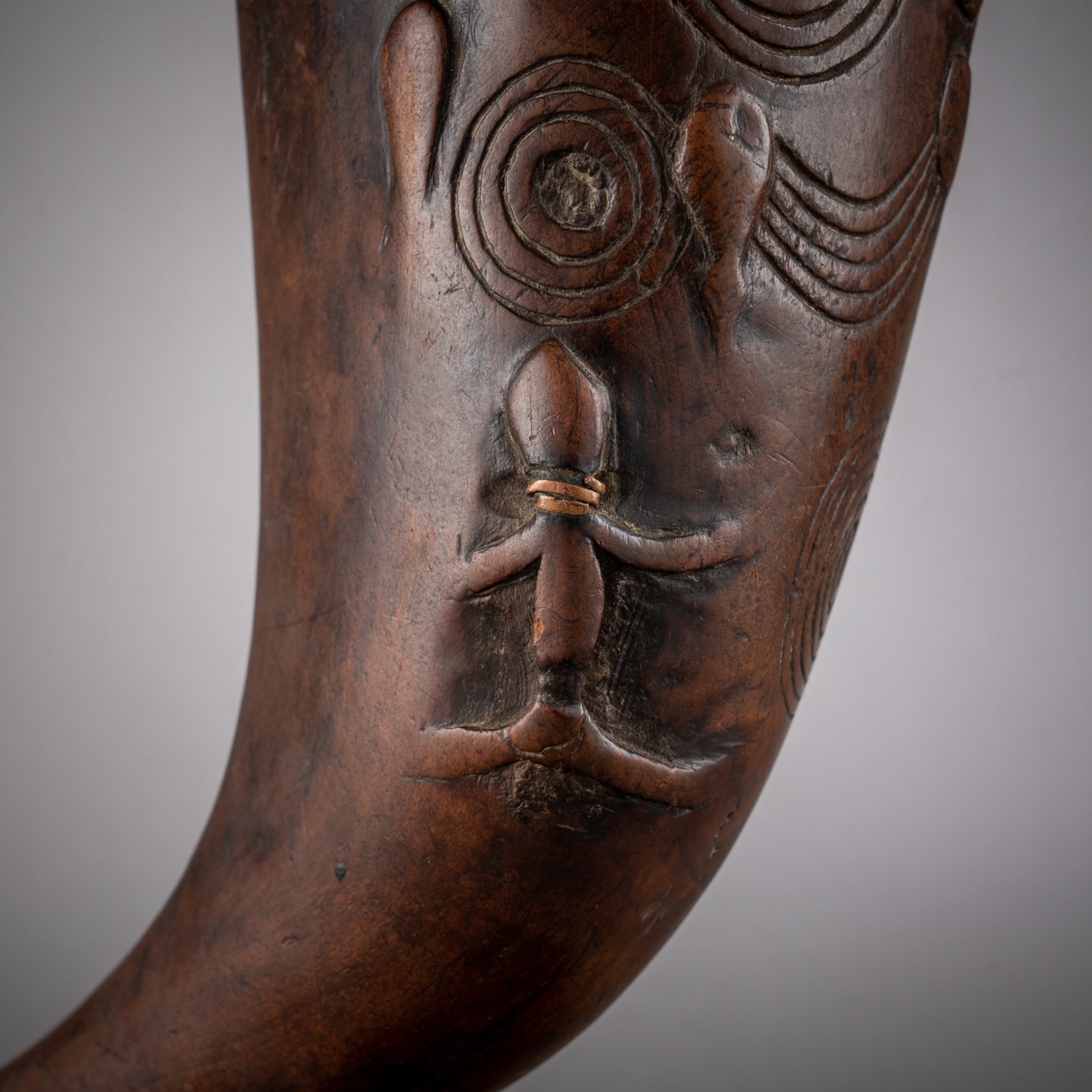