On the banks of the Lualaba River, the territory of the Kusu borders those of the Luba and Hemba, whose art traditions and belief systems exerted a significant influence on the Kusu. A class of power figures were produced by Kusu artisans, some janiform and some with a single aspect, such as the present example. Representing ancestral spirits, they were regarded with awe and honored with ritual offerings.

This figure is a fine example of its type, showing a prominent, powerful head, solemn expression and weighty profile. While the torso and limbs of this figure are highly abstracted, the careful rendering of the face shows more than a hint of naturalism. The rich, sweating patina, resulting from regular ritual applications of palm oil, only heightens that impression.  At the top of the head, above a patterned coiffure, is found a cavity filled with a magical charge of organic materials. Prepared by a ritual practitioner, the charge is an all-important substance that activates and empowers the statue to fulfill its magical functions. 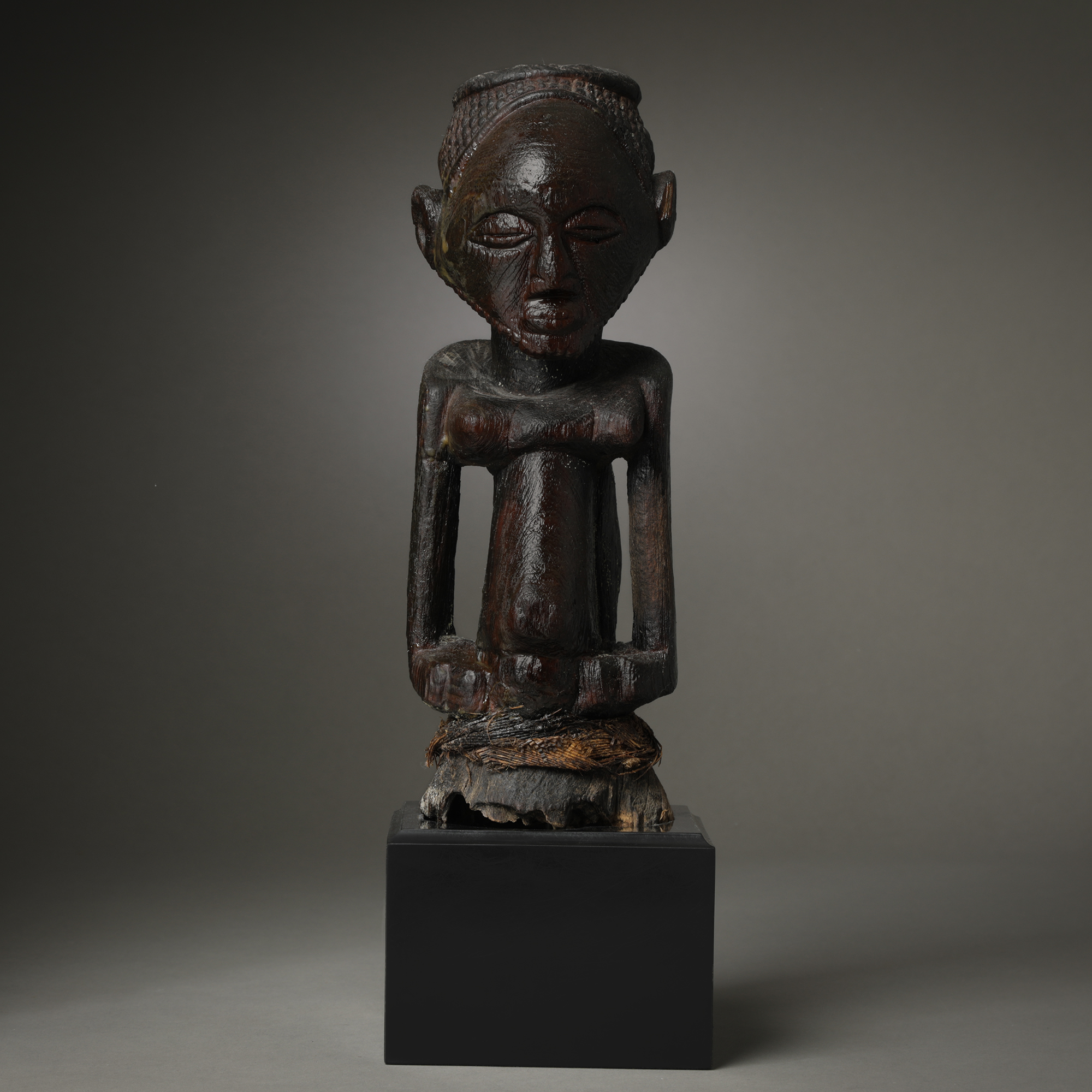 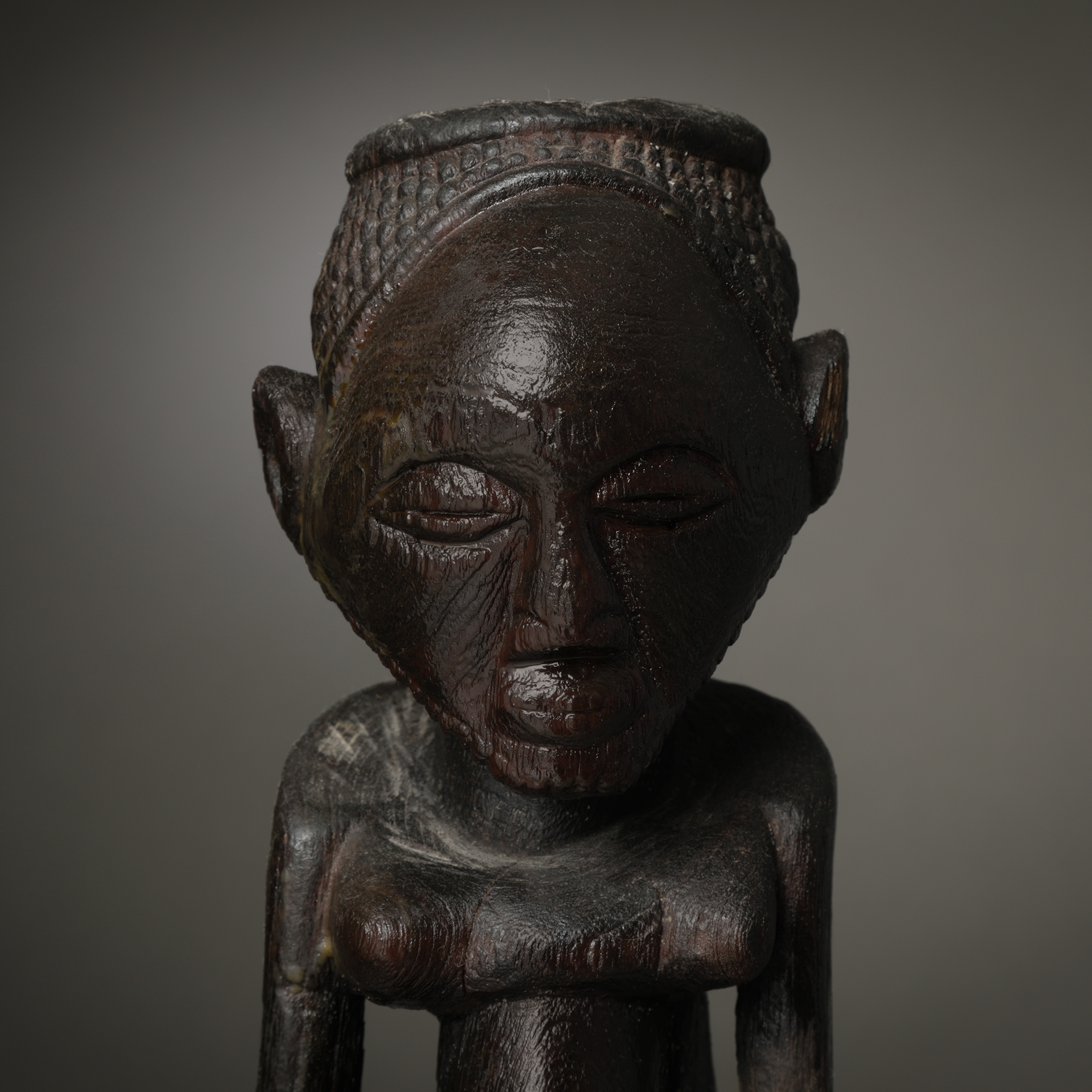 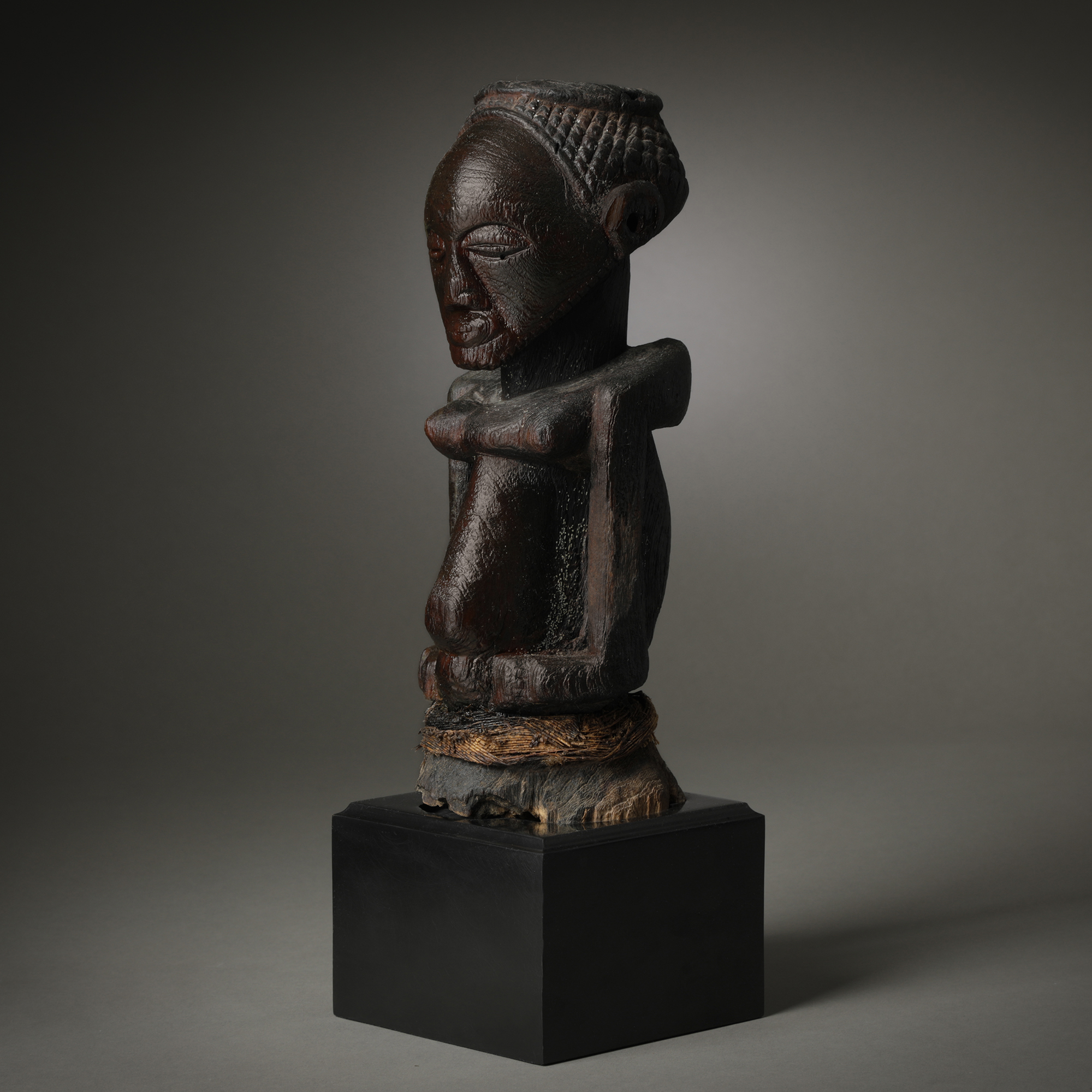 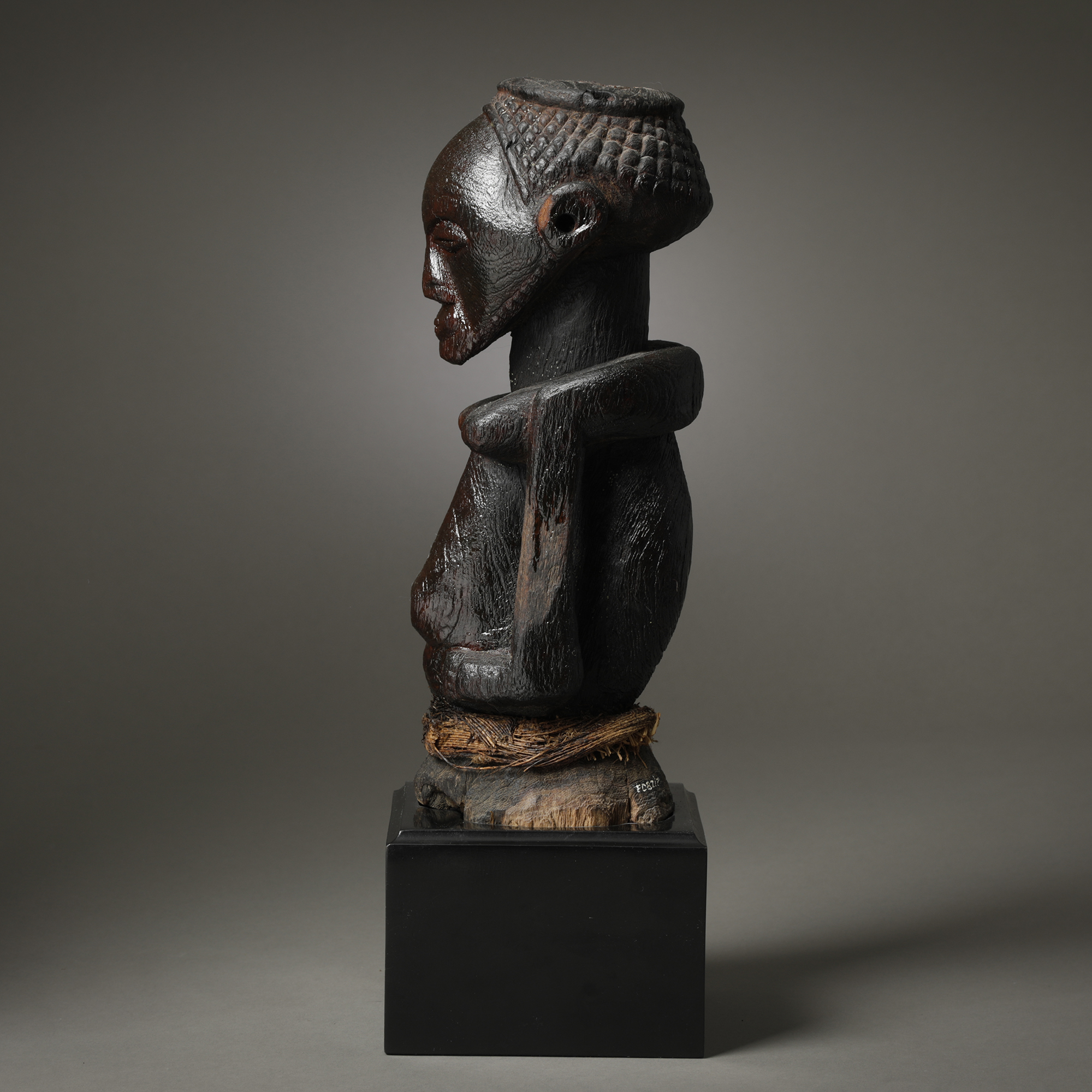