This excavated wooden bust, carved simply with a broad, oval face and pentagonal torso, was used as a grave marker effigy figure placed in a model canoe. Its spare but characterful features show a prominent nose with the remains of a painted mustache, gently arching browlines, subtly swelling cheekbones, and hollowed eye sockets and mouth. The deep groove incised around the circumference of the face was likely applied to depict a parka and there are diagonal score marks ornamenting the chest. Viewed in profile, the face effects a naturalistic impression with its sharp nose and soft curvature.

When installed in place as a grave marker, this figure was probably fixed in a small model kayak. Two outstretched arms would have been attached to the shoulders using the socket holes seen here, and the whole figure would fit firmly over an upright peg in the kayak using the hole on the underside. Thus composed, the ensemble would be placed at the very top of a tall grave post, to which would be attached various utilitarian items that belonged to the deceased, such as cookware, paddles, guns, hunting gear, or other tools. See early black and white photograph attached of a complete example. 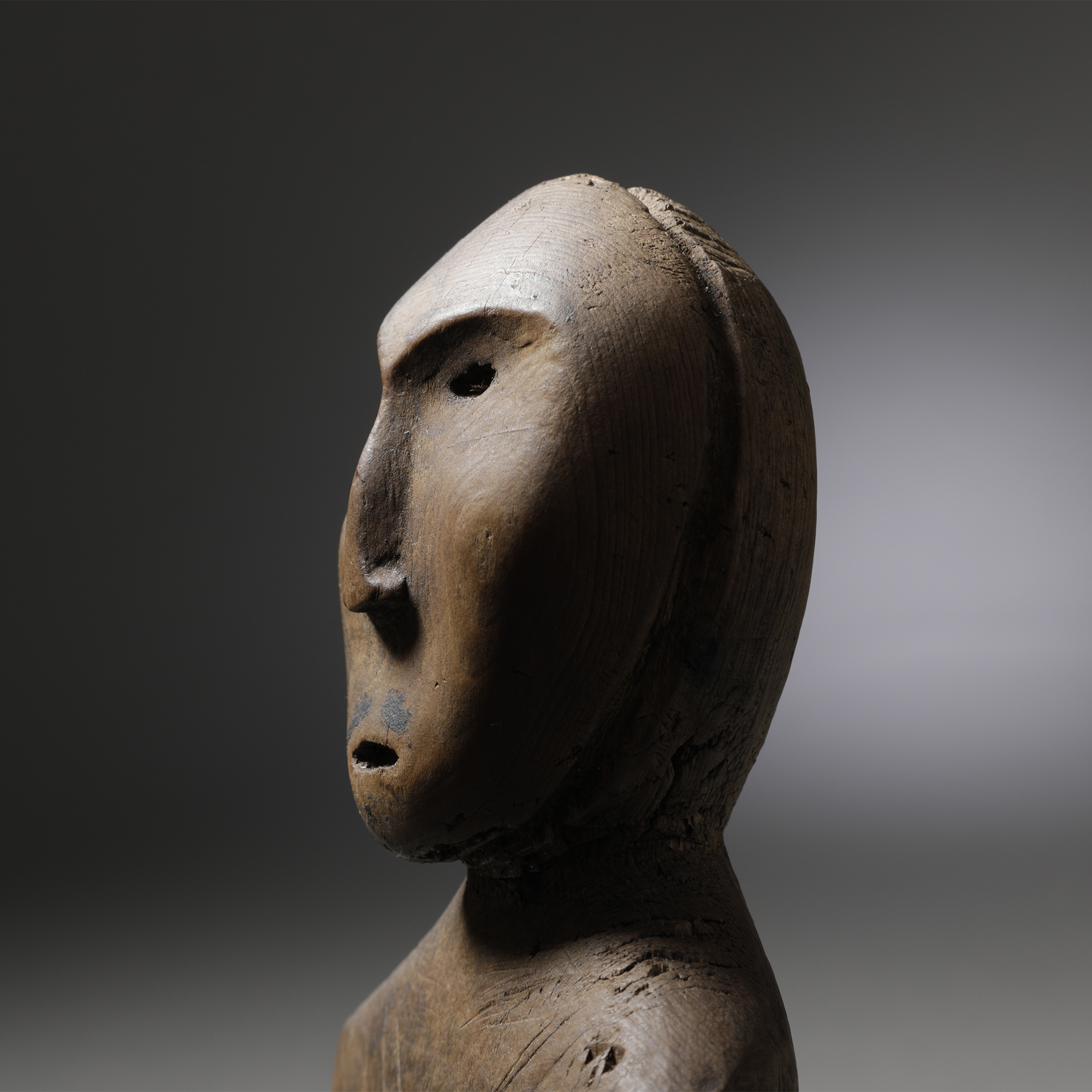 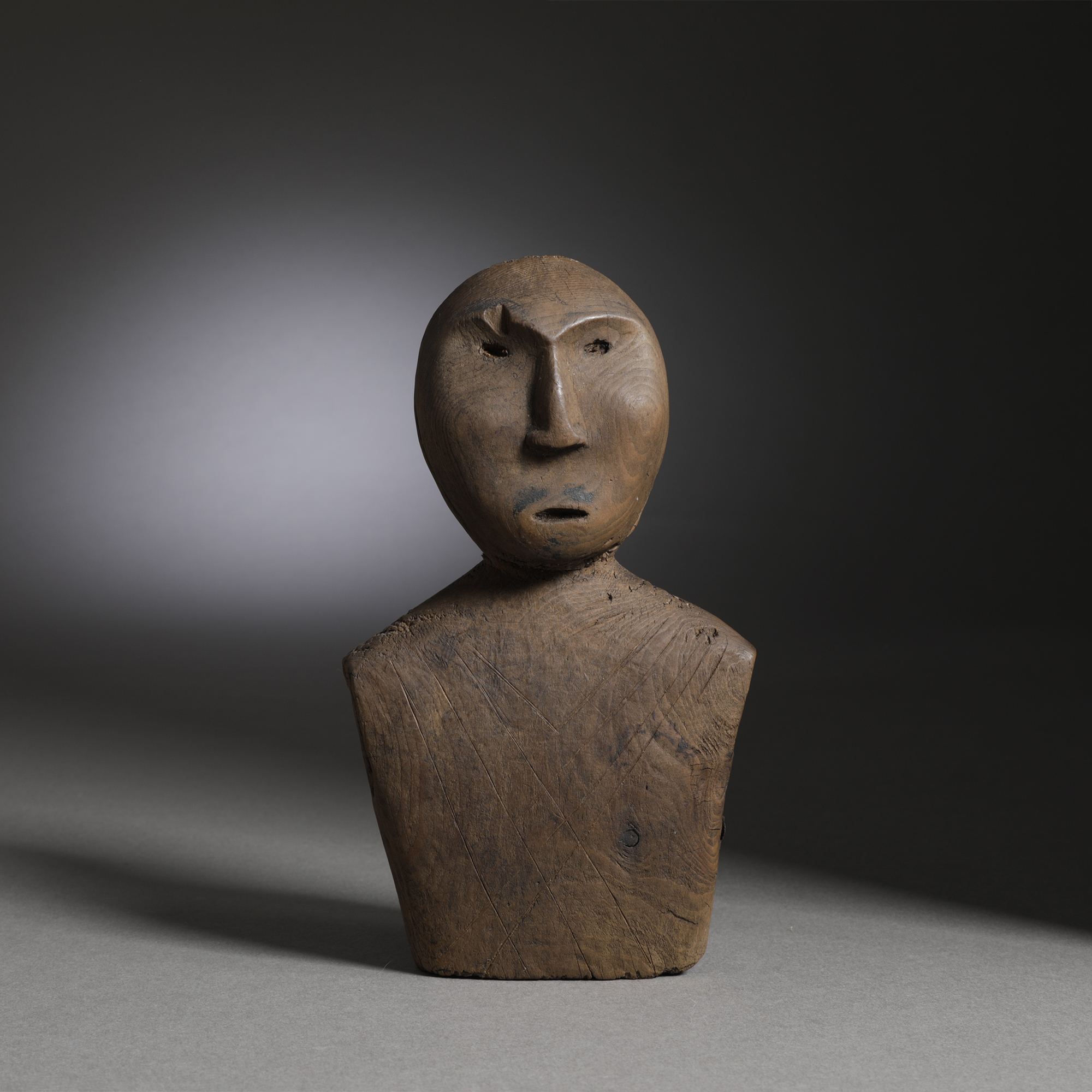 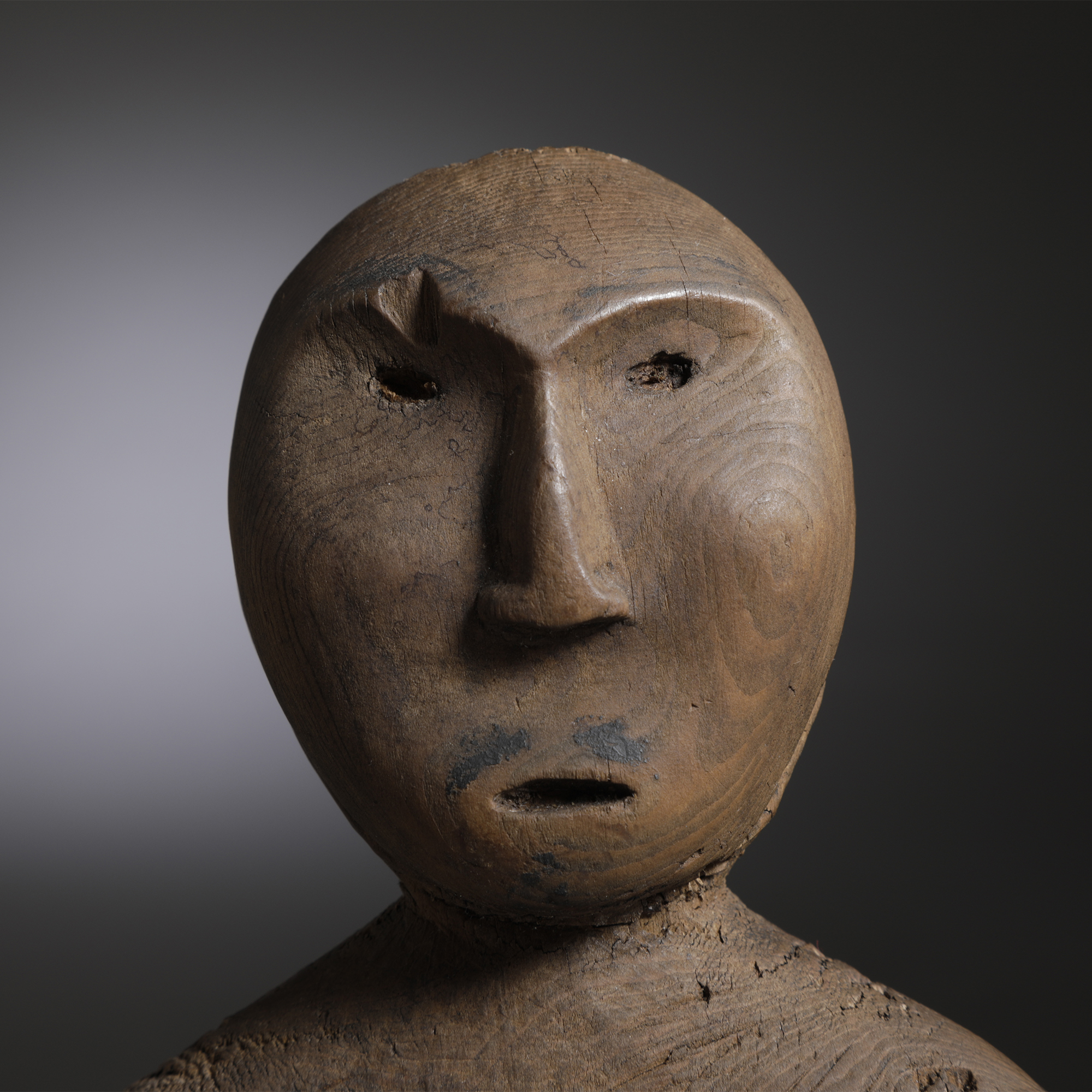 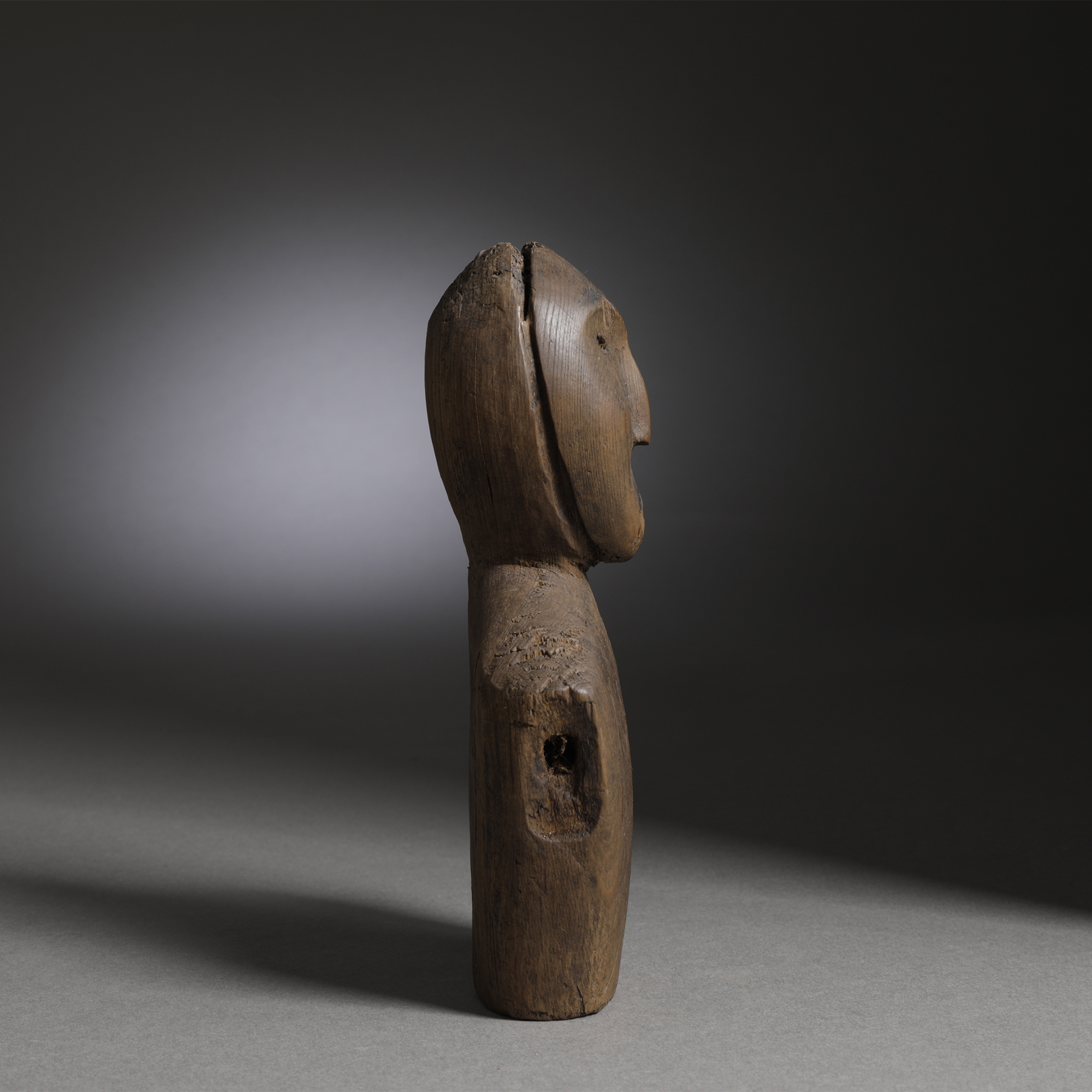 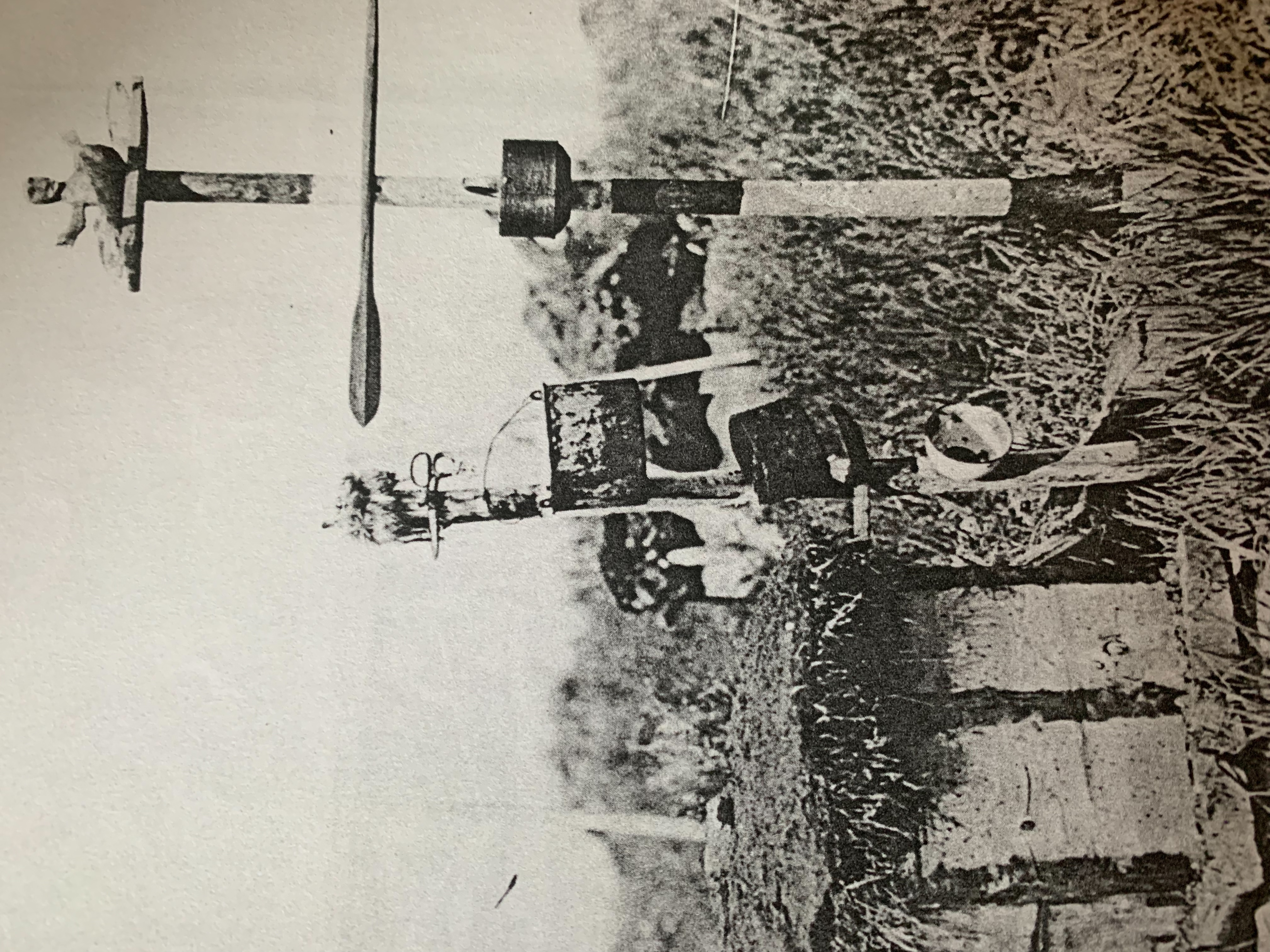