In contrast to Maori artists’ mesmerizingly intricate representational carvings, the weapons they fashioned show at times a sleeker, more minimal design. This long-handled fighting staff, or tewhatewha (pronounced tefa tefa), is a prime example, featuring a slender, tapering haft and a blade-like head akin to an abstracted axe, showing a blend of sharp angles and rounded edges.

Held in two hands, the tewhatewha would be used to deliver lightning thrusts with the flat top edge of the head, and it doubled as a signaling device, communicating a leader’s battle commands to his warrior group. Decoration on traditional tewhatewha could be quite spare, as in this example, or might take the form of detailed designs carved in relief. A bundle of feathers (connected through the holes at the lower edge of the head) was commonly attached, serving to distract the gaze of the enemy and sometimes absorb a measure of blood.

While tewhatewha typically have straight handles, this example shows an extremely rare and possibly unique angled form. At the vertex of the angle is found a carved scroll pattern representing the head of an ancestor, with genealogical significance personal to the owner of this weapon. The lowermost portion of the haft forms a tongue protruding between the upper and lower jaws of the ancestral mouth, which represent different hemispheres of knowledge, combining the heavenly and the physical.

Like many Maori weapons, this tewhatewha is a status object, holding importance both martial and spiritual. For the Maori, the longer and more storied a weapon’s history grew, the more mana, or spiritual force, it would accrue. Honored weapons were given names and were passed down as heirlooms, growing in mana and prestige with each generation. 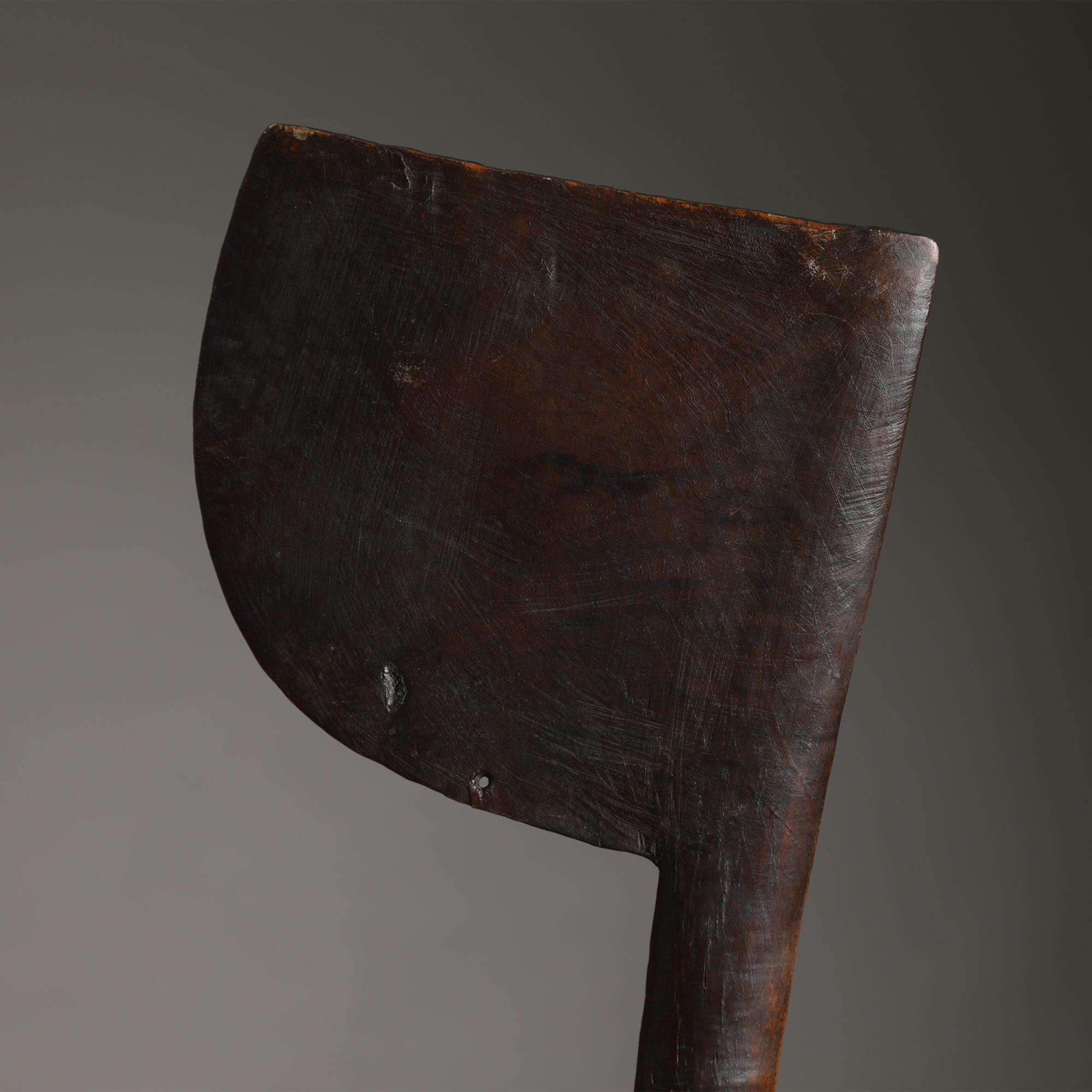 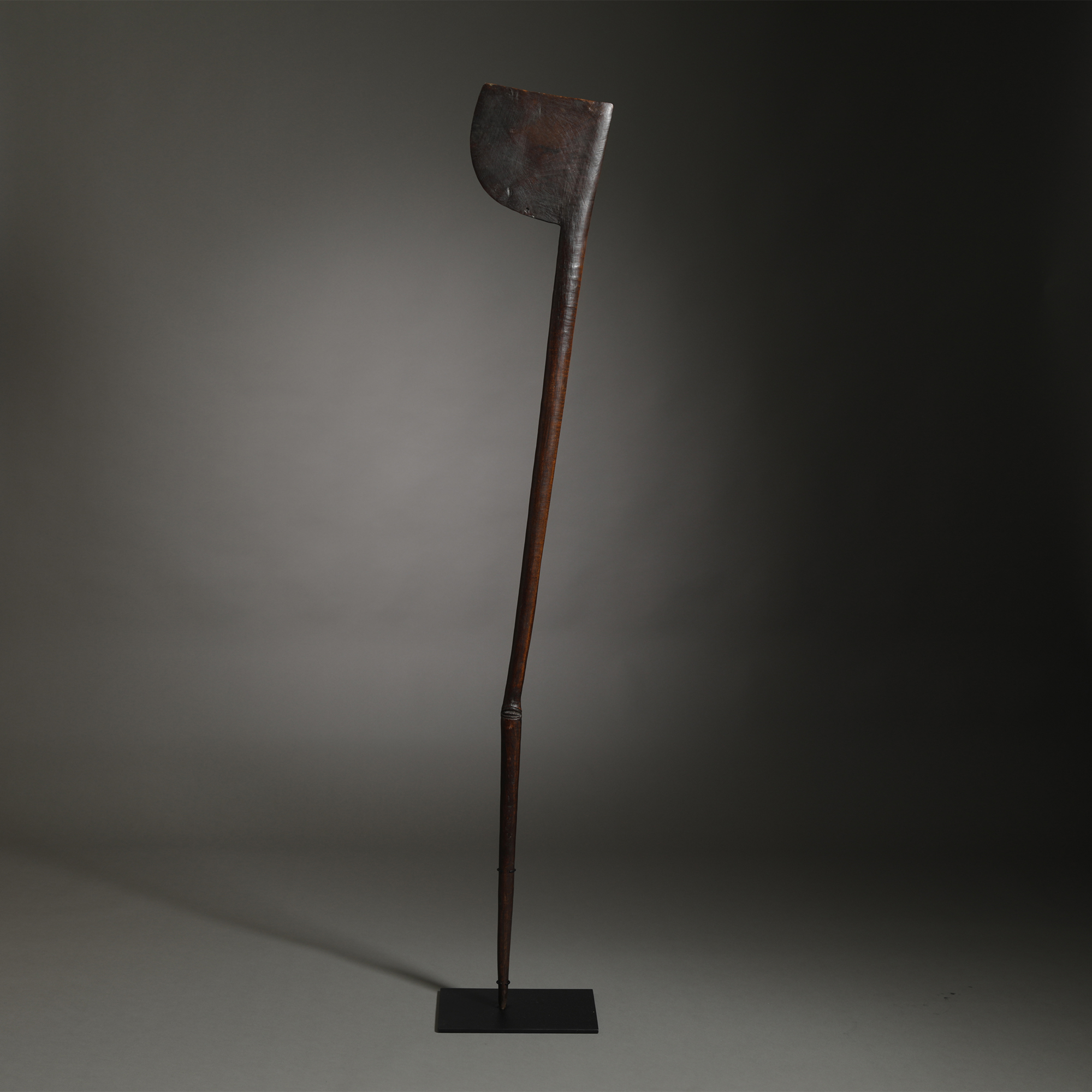 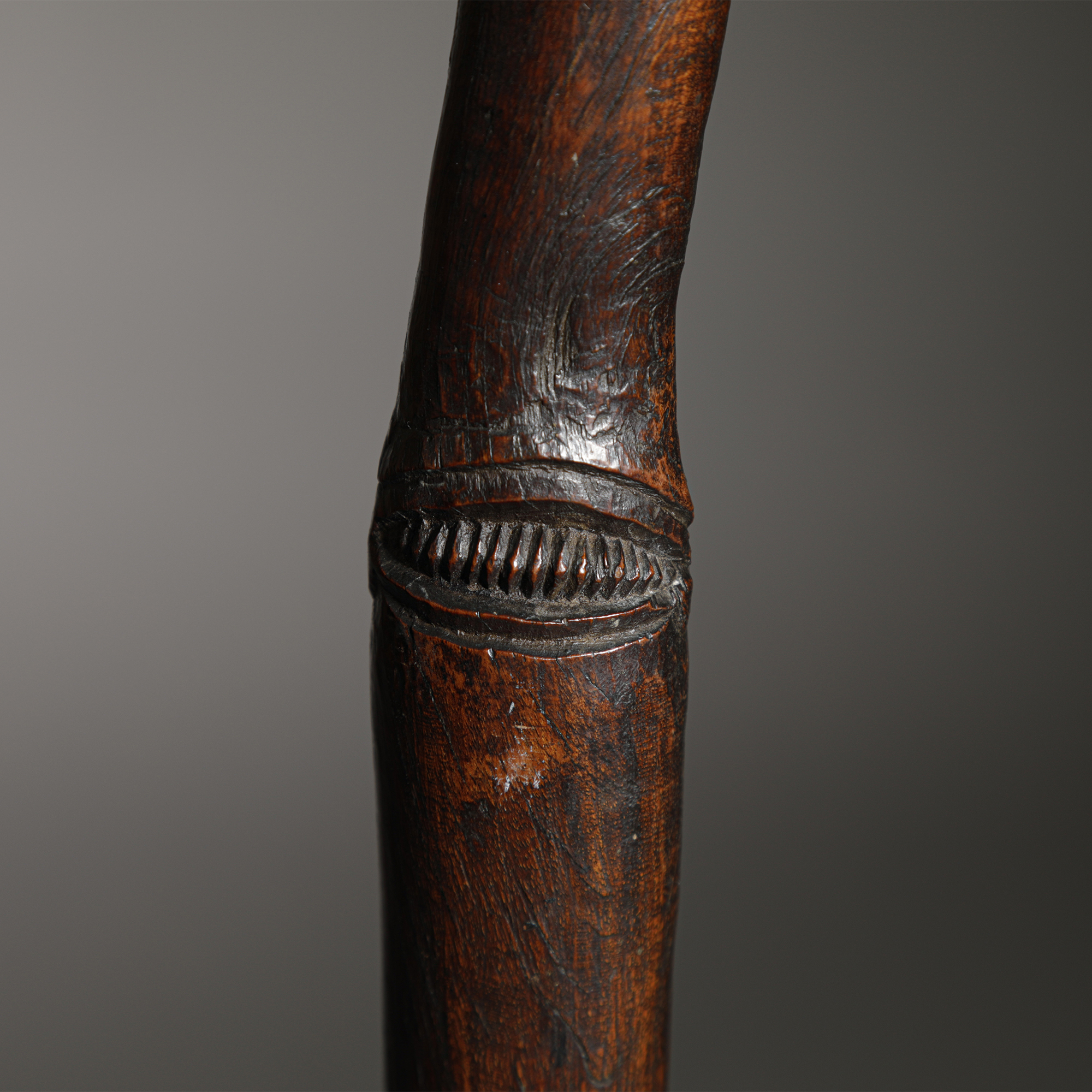