A potent aura of strength marks this archaic tekoteko figure, which represents the main progenitor of a tribe. It is a central element of iconography in the whare whakairo, a carved tribal meeting house located in the marae (ritual ground) of a Maori village. Tekoteko are found either at the highest point at the front apex of the roof or at the front central post of the meeting house. They can also be incorporated into the richly carved poutokomanawa, or main central ridge support post.

The flattened, frontal composition of this tekoteko shows a classic Maori body form carved in the archaic style with a vigorous, wide-legged stance and three-fingered hands held at the belly. The large head has been organized to focus on the sharply slanted eyes, wide nose, and gaping mouth with forcefully extended tongue. Over these rests a prominent, swelling brow with a four-pointed crown and central knob. The feet of the figure rest upon a vertical shaft, the front of which is carved with seven downward-pointing, openwork hooks.

Remarkably rare in this type of figure is the openwork carving with which the eyes, nose, and mouth have been executed. This is a very atypical effect seen in only two other known tekoteko (ex Pierre Verité collection, Paris; Volkerkunde Museum, Berlin). 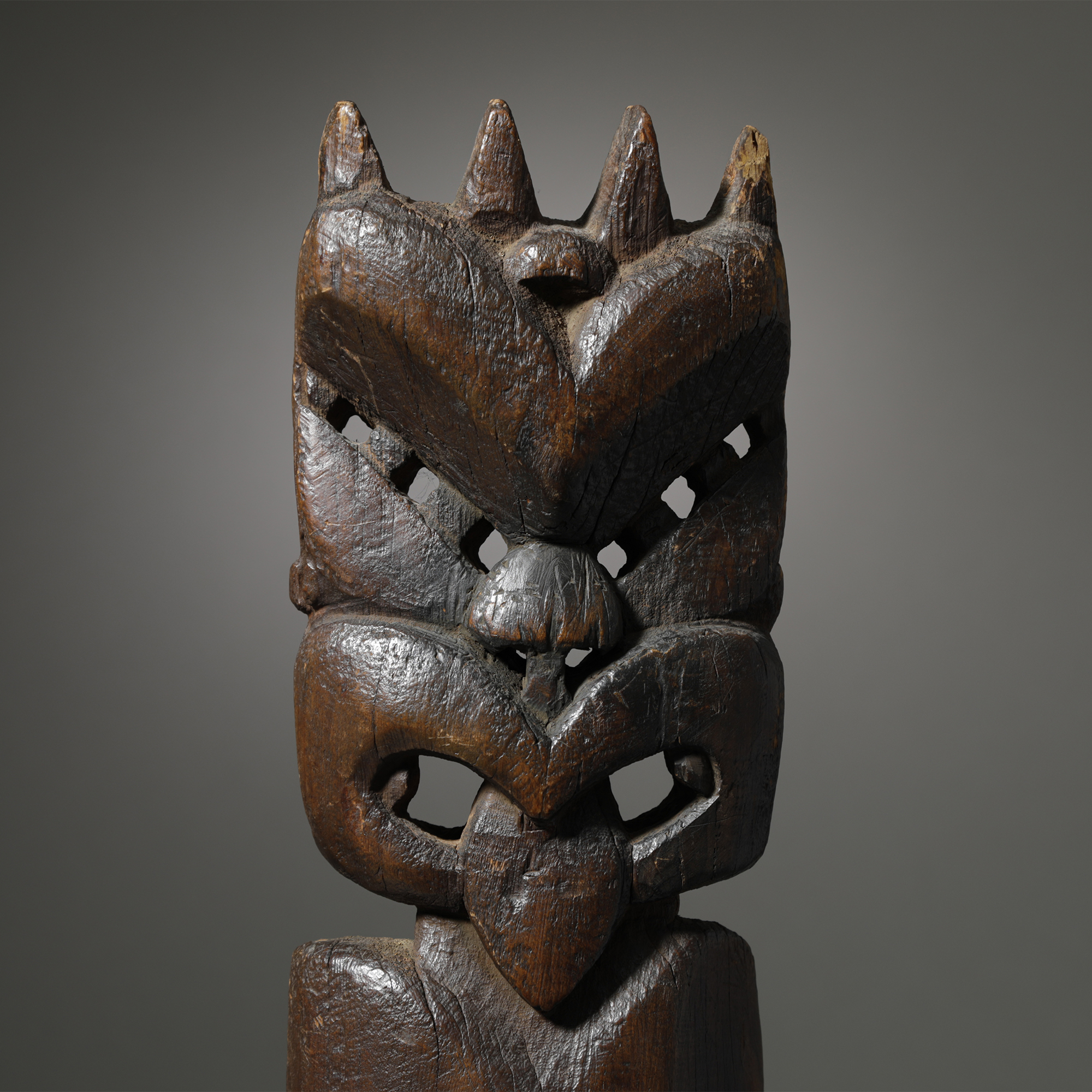 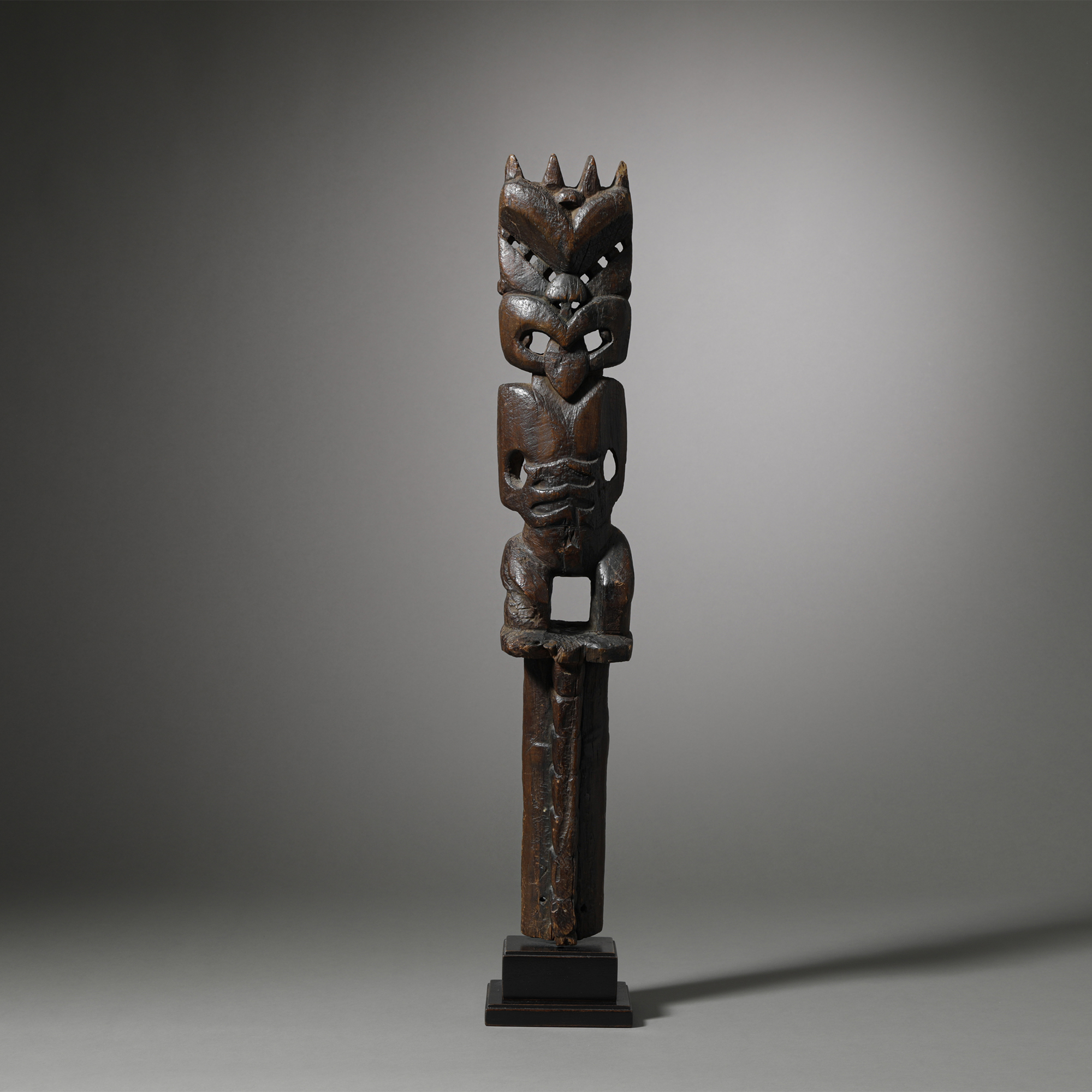 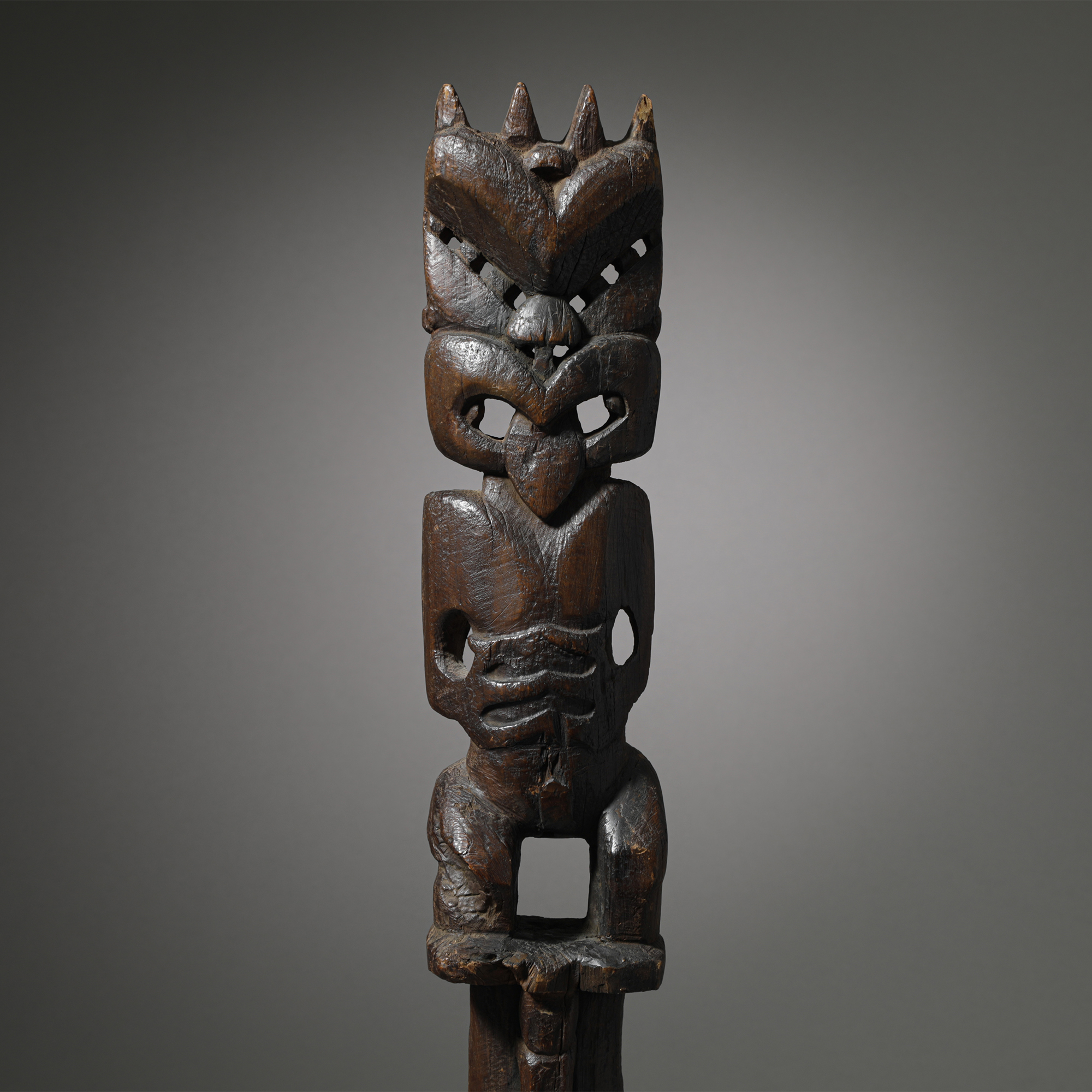 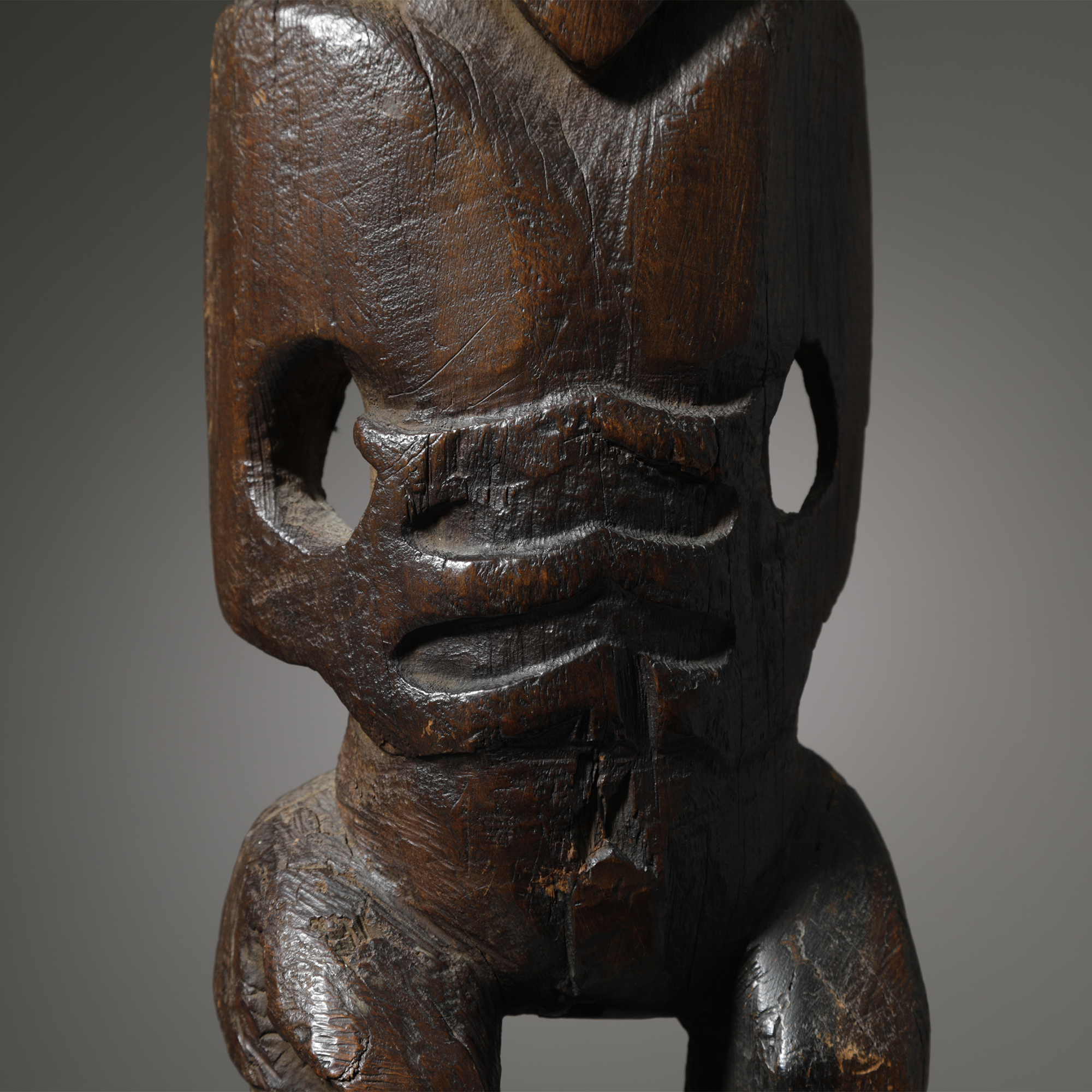 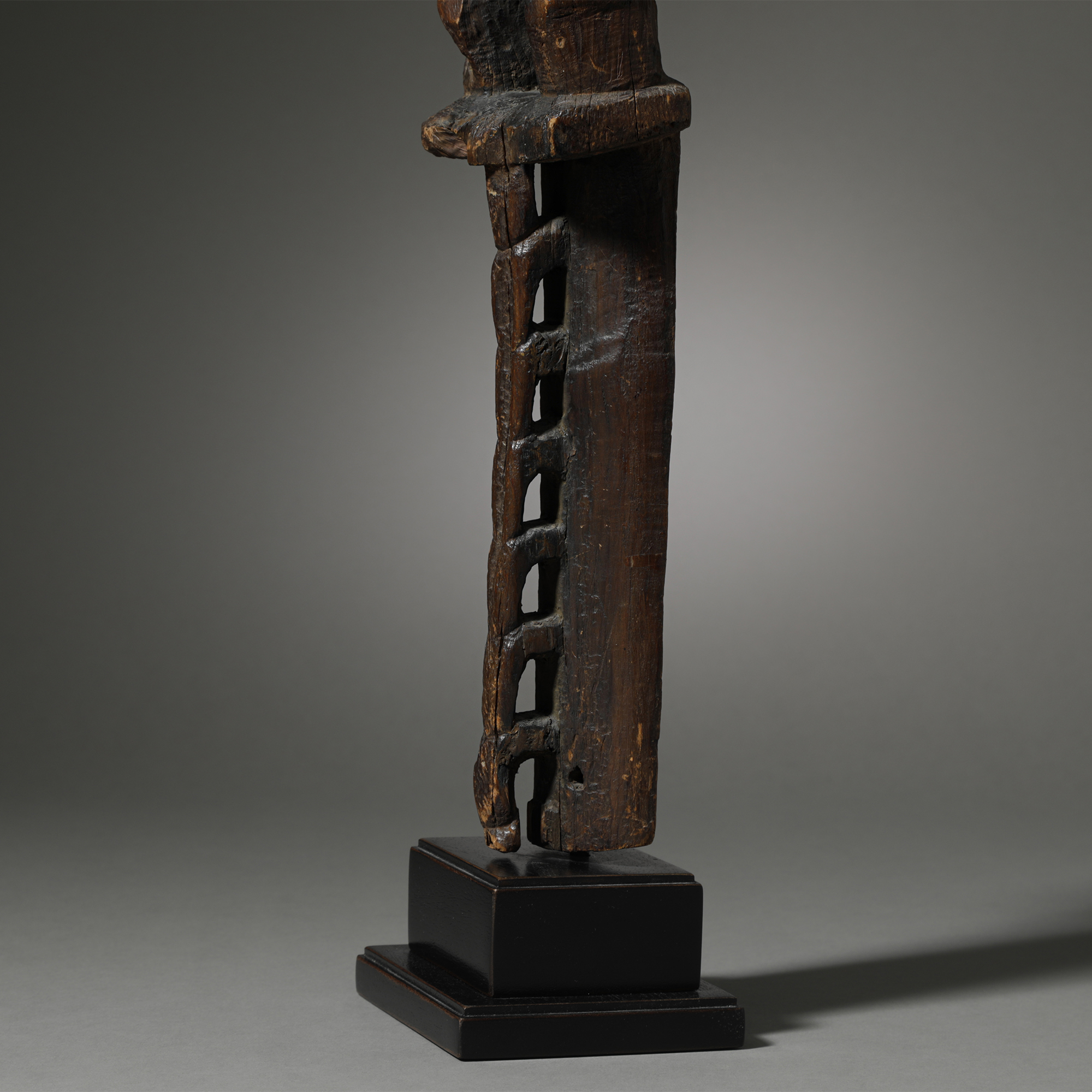