Most Dan face masks, and those of the culturally related groups of Côte d’Ivoire and Liberia, are commonly executed in a miniature form. Any individual who has a spiritual connection with a mask, or whose family owns an important mask, is entitled to commission a miniature. Rubbed with oil and food, they are wrapped up and kept on the owner’s body or among their possessions and function as portable and personal forms that share the power and protective force of the full-sized mask.

Miniature masks bear many names: the most common is ma go (small head) but, depending on scholarship, it has also been named yi luo po (thing which water is poured over), gba po (thing which is fed), or nyonkula (substitute for the ancestors). When a mask-owner is traveling, the miniature mask serves as an important means of identification outside their immediate community. This role of the mask has given rise to the commonly used term "passport mask."

Though typically viewed as personal objects, in certain instances miniature masks may also play a communal role in secret societies. They are included among the sacred objects displayed at men’s society meetings to protect the men collectively and are used as sacred objects for taking oaths and for swearing to tell the truth. The miniature masks are often attached to other powerful objects such as leather pouches or antelope horns filled with medicines. In this context, their backs can also be stuffed with magical potent ingredients.

The miniature mask presented here shows a prominent, domed forehead, indented horizontal eyeline, snub nose and full, downturned lips. Significant use has worn away the finer detail of its features, particularly the eyes and brows, and the nose and lips are shallow in profile. 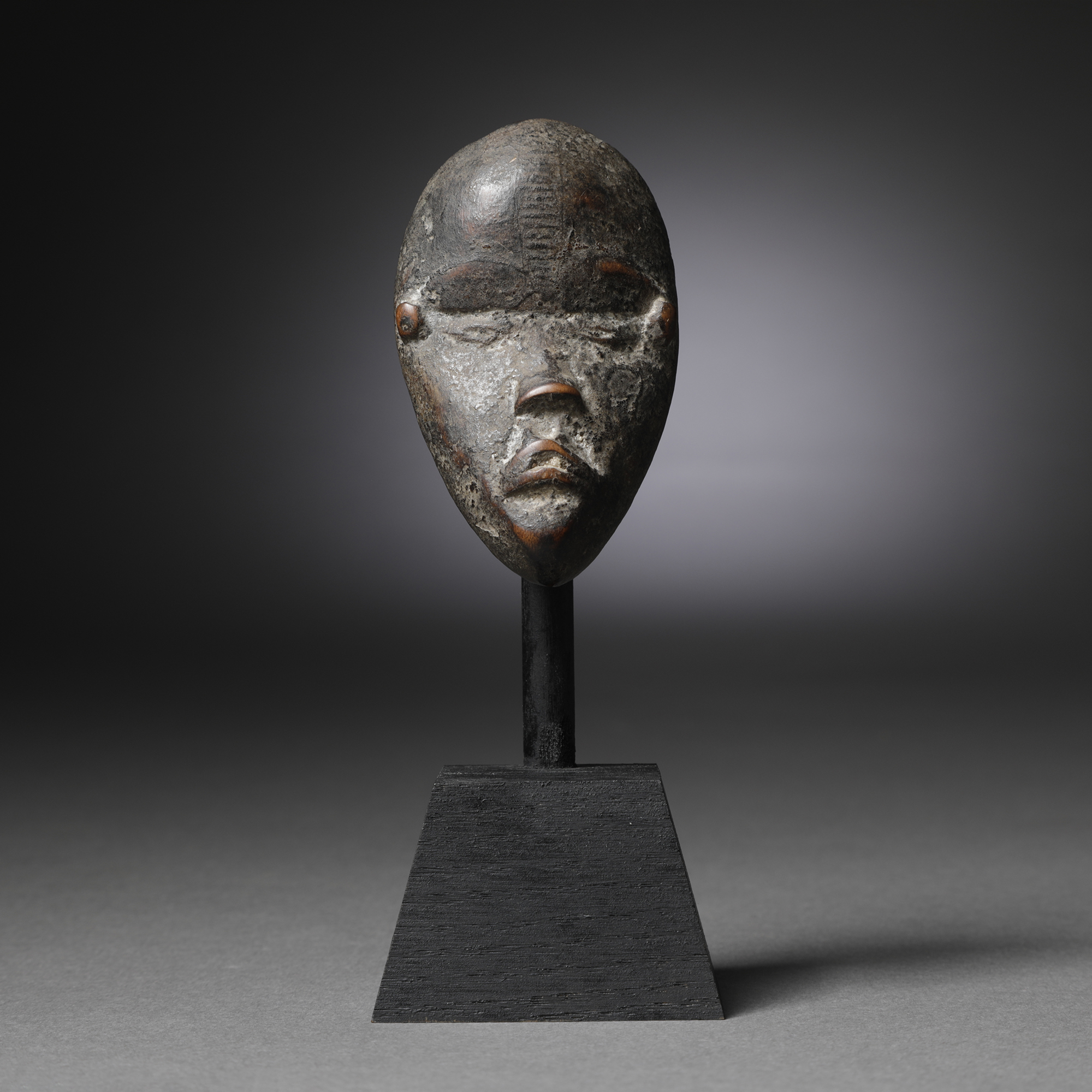 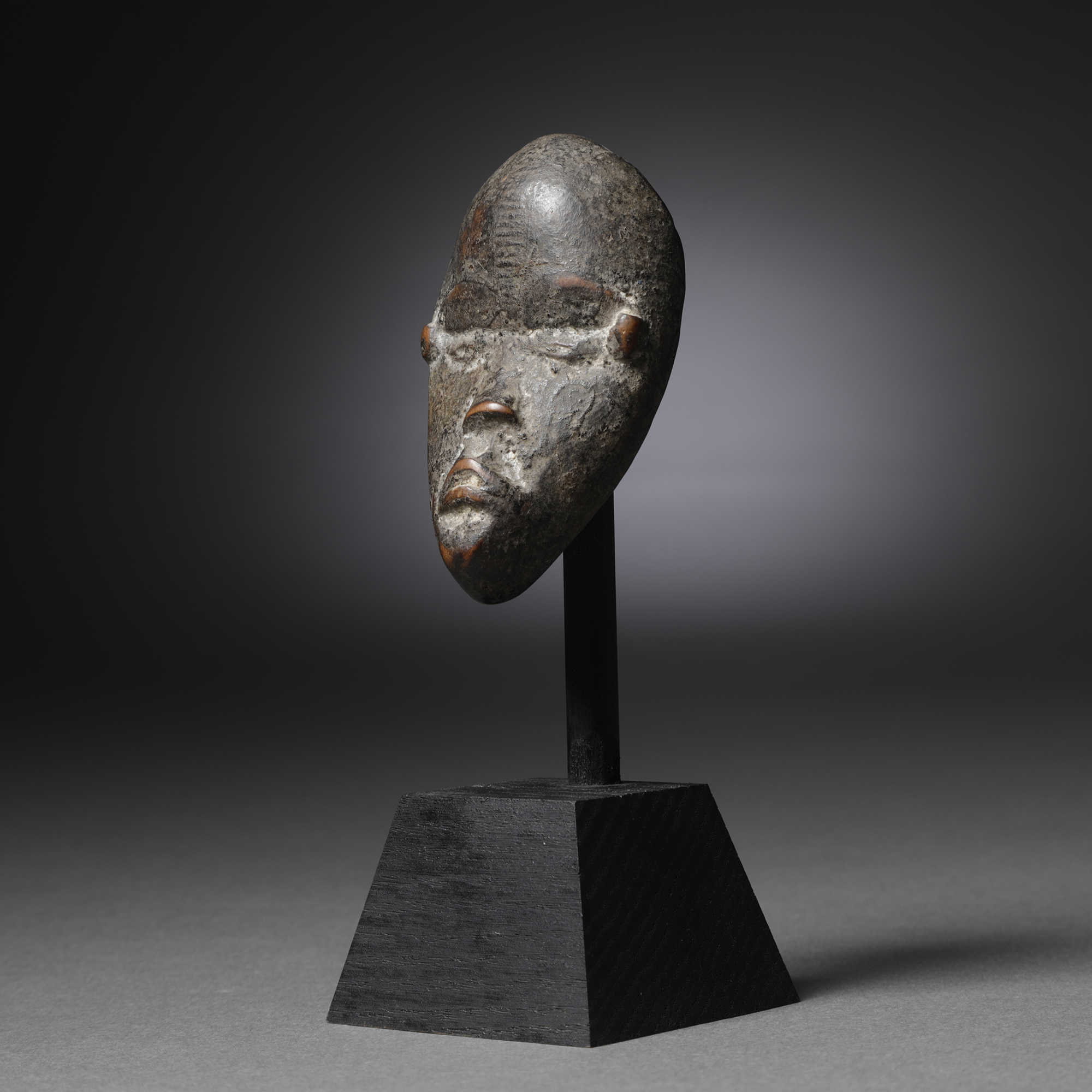 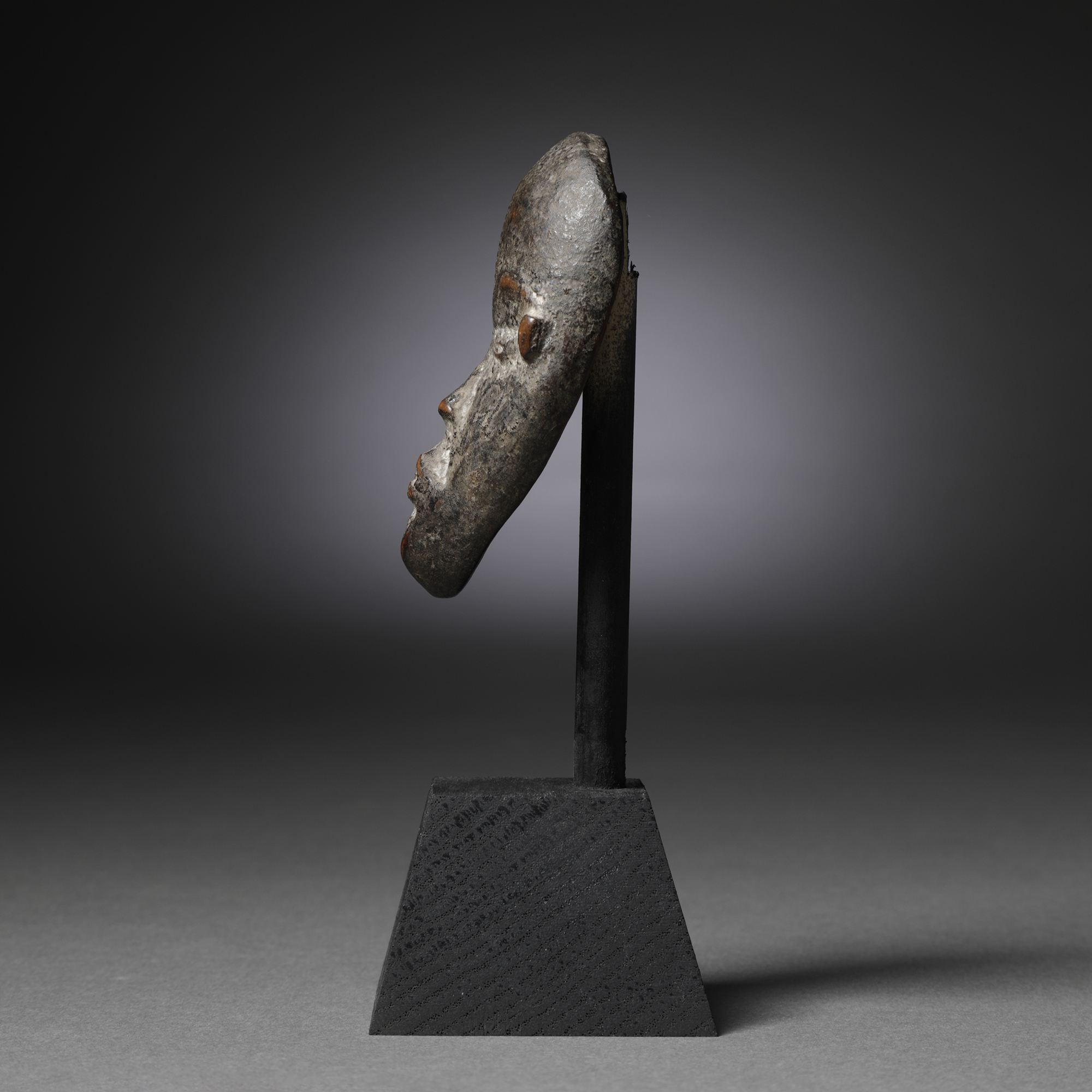