This magnificent piece was created to adorn the head of a powerful man and appears to be theonly known example of its kind. The front of the crown is composed of a row ofrounded forms reminiscent of capsules or cocoons and woven over seed pods, setflush against one another and beaded in a striking palette of alternatingbright white and cobalt blue. The back half of the headpiece is covered with afacing of rods set closely together. A single rod is carved from bone while theremainder are wood. Below hangs a dense fringe, detailed with a fantasticvariety of heirloom beads made of glass and other materials, in which no twostrands are alike.

Exhibited in Parures de Tête: Hairstyles and Headdresses, Musée Dapper, 2003, the crown was listed in the accompanying exhibition catalog as Xhosa, South Africa. Published again in Relics of War: A Collection of 19th Century Artefacts from British South Africa andSouthern Rhodesia in 2008, it was cataloged as South Nguni, a broader southern African attribution. We have consulted with a number ofleading scholars and beadwork dealers to confirm these attributions and have been unable to establish a precise attribution. While the beaded pods are adorned with typical Mpondo (South Nguni) bead colors and patterns, many of the larger beads on the fringe are not found on South Nguni, or in fact any SouthAfrican, beaded objects. The braided leather cord is also anomalous, as is the overall construction of the crown’s band. Like many objects that came to the antiques market in the United Kingdom, having been collected and brought back by missionaries, soldiers and other travelers, the collection history of many of these objects was never documented or was lost over time. Perhaps one day a precise attribution will be uncovered, but for now this exceptionally beautiful and undoubtedly historical headpiece remains a mystery yet to be unraveled. 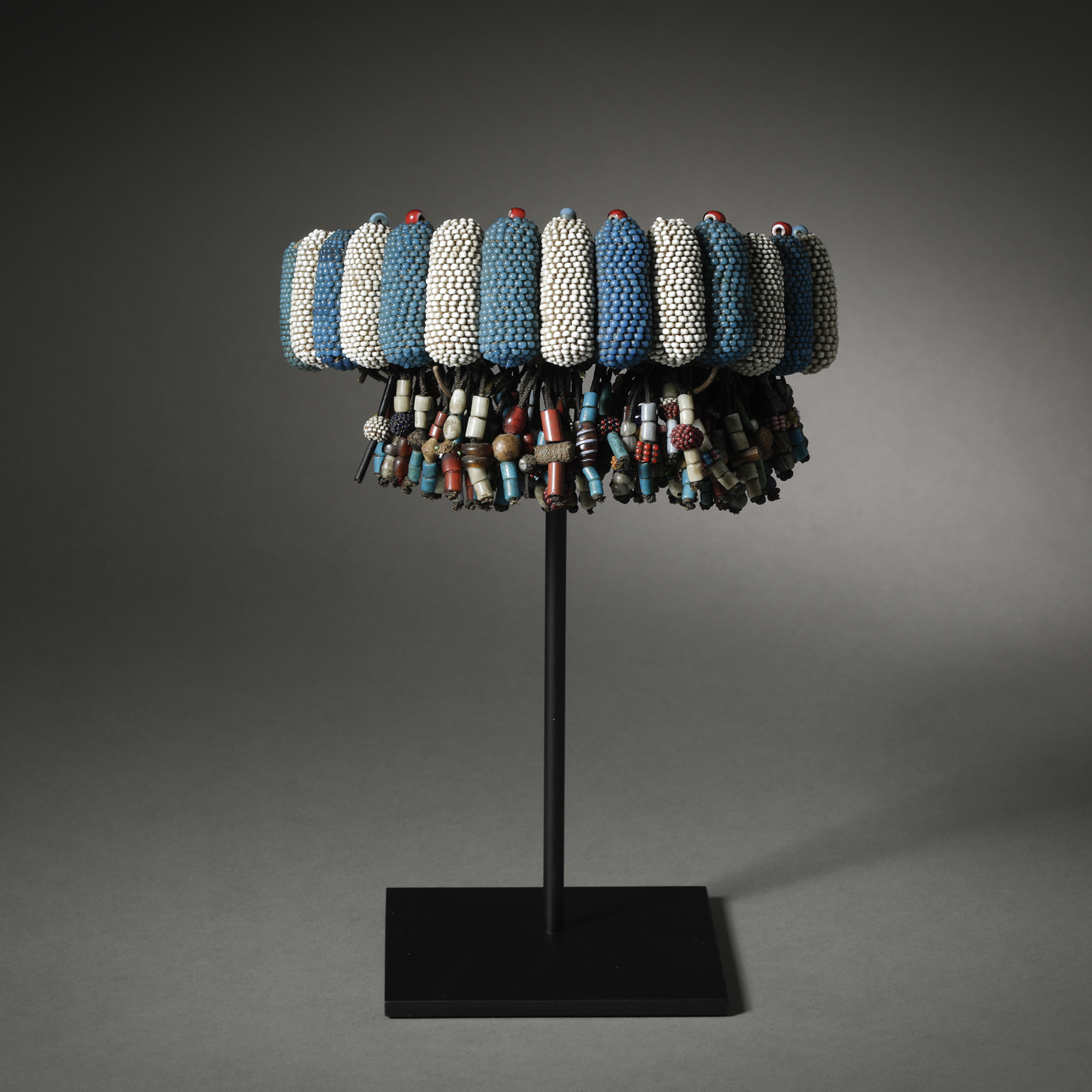 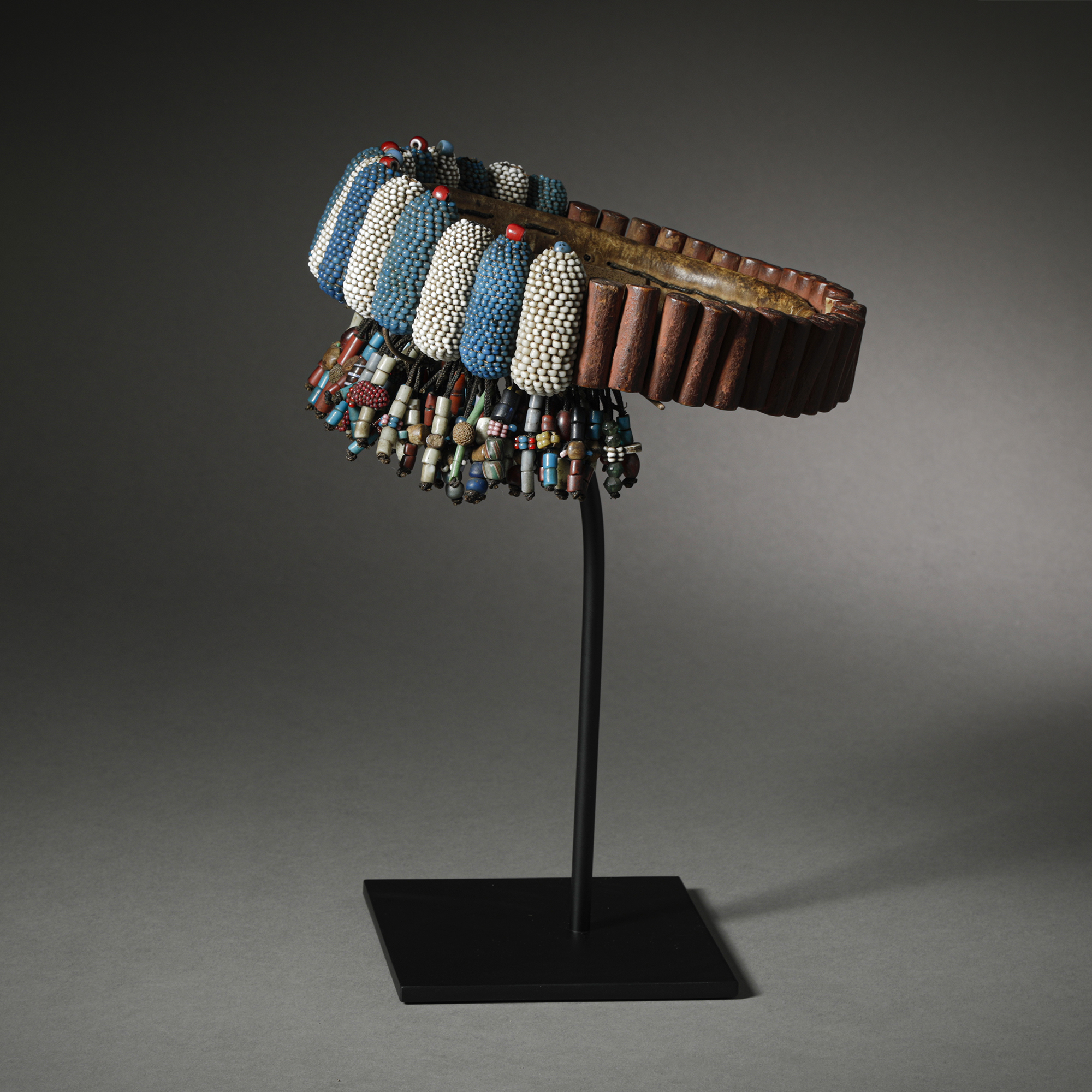 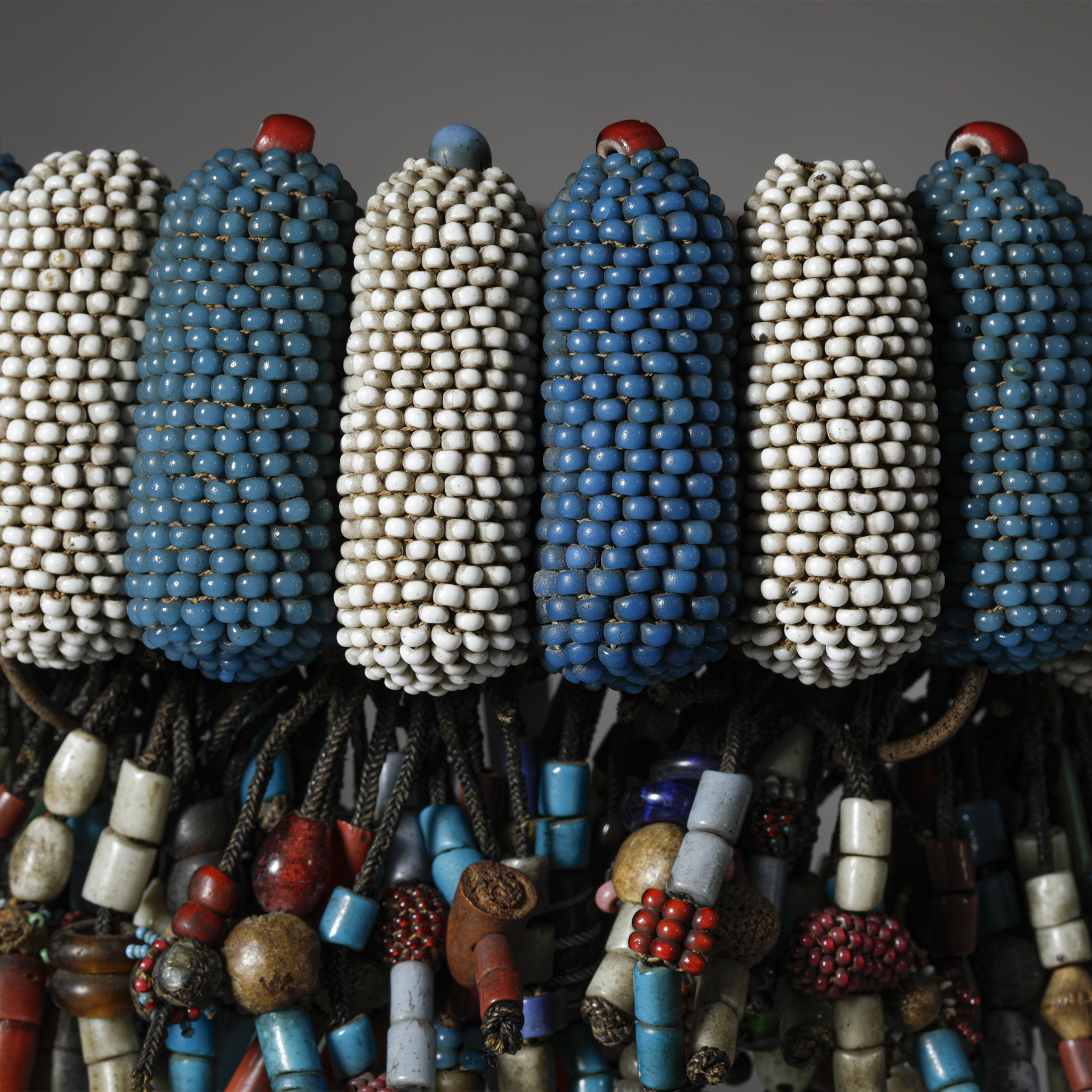 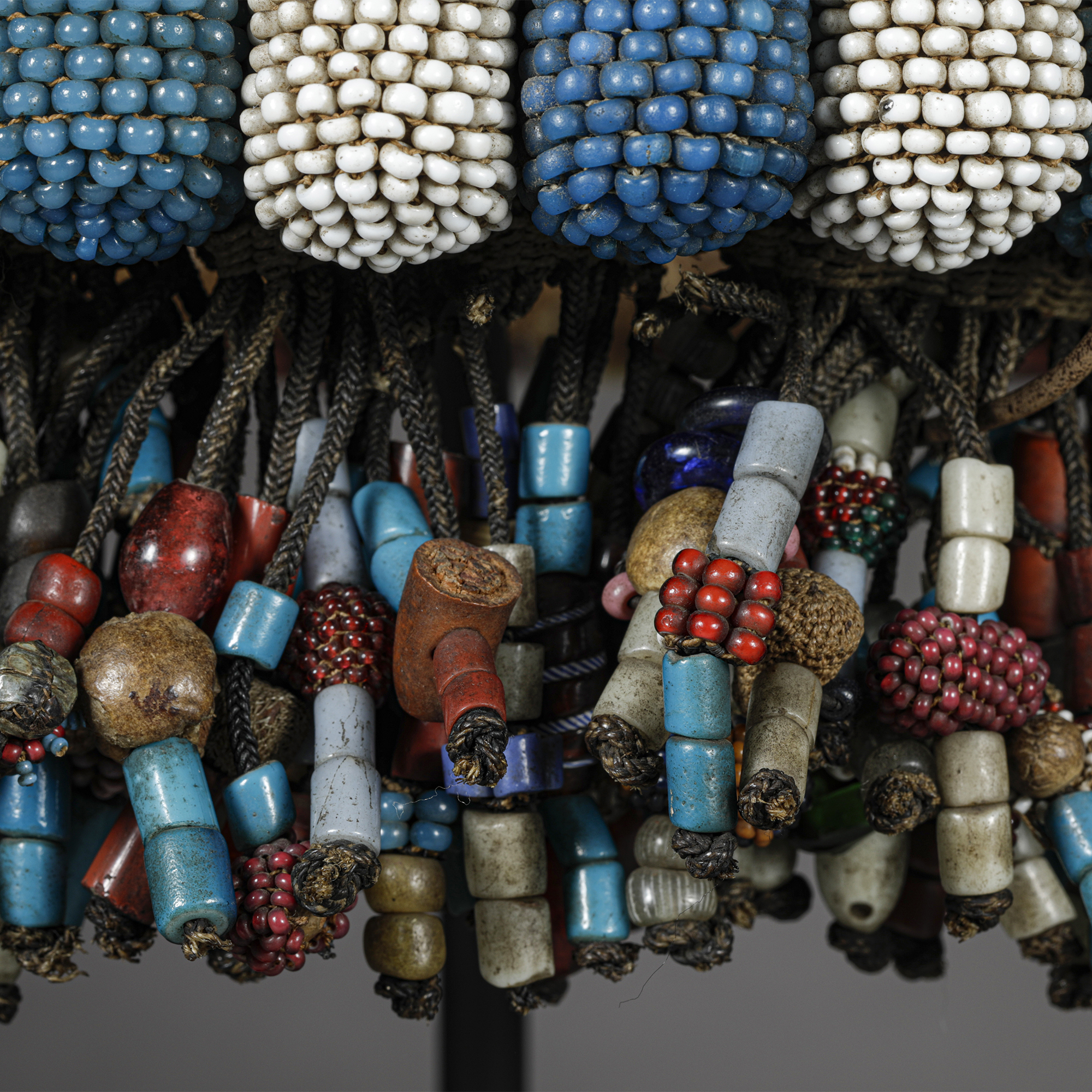