Ndebele women made and wore a variety of beaded aprons to communicate their stages of life. On her wedding day, and afterward until she bore a child, a woman would wear the Itjorholo, a large apron with five hanging, fingerlike panels symbolizing the children she will bear. Created by her mother-in-law, the apron was traditionally made of animal skin and covered over almost its entire front surface with thousands of tiny white beads, with the addition of a bold, colored design in the main rectangular panel.

The Ndebele are known for decorating their homes with geometric wall paintings, and the abstract, rectilinear design seen in this example, depicting a homestead, echoes such paintings. These types of geometric designs became popular on Itjorholo around the mid-twentieth century. Many aprons were once decorated with valuable brass beads, signifying wealth, but they were often removed before the Itjorholo was sold. 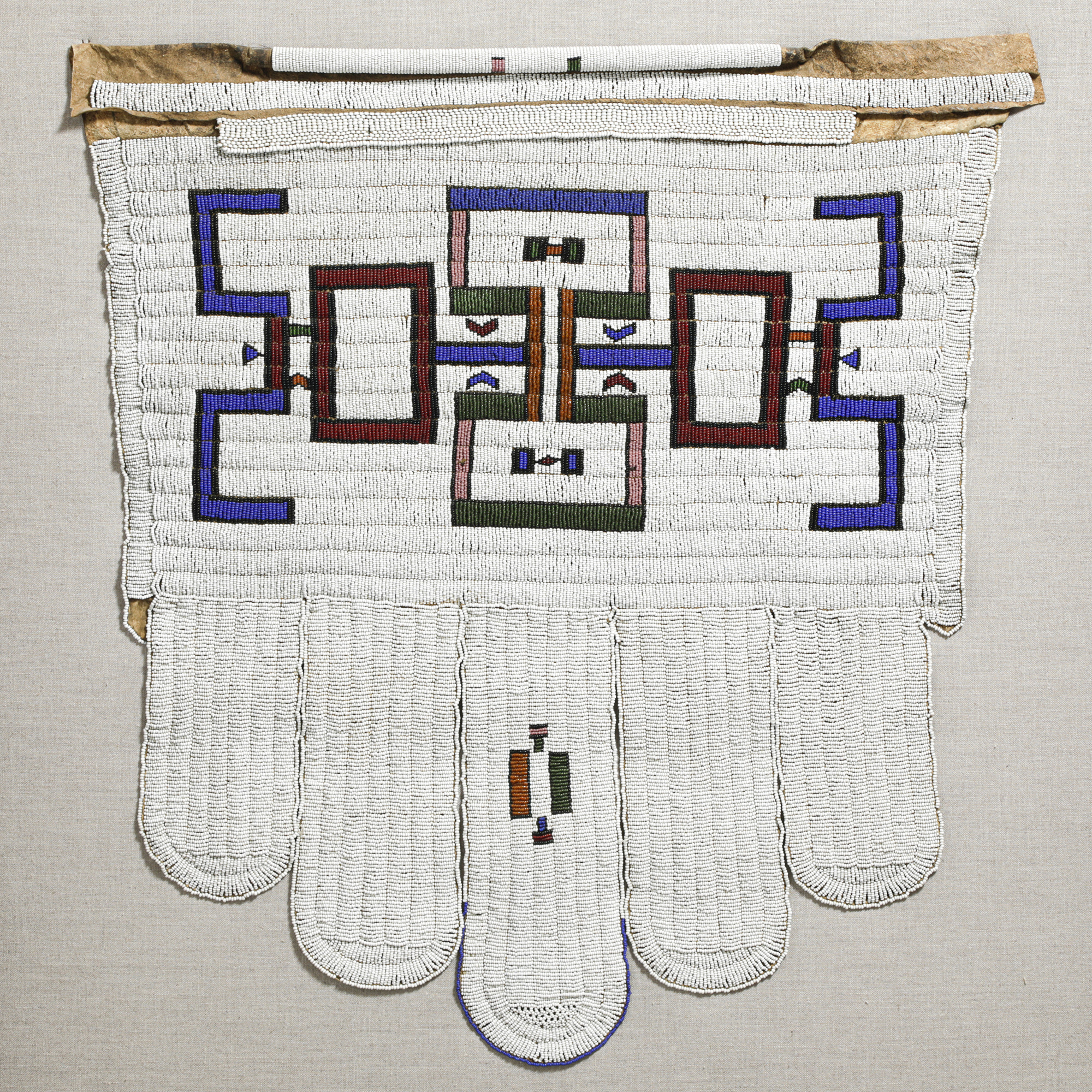 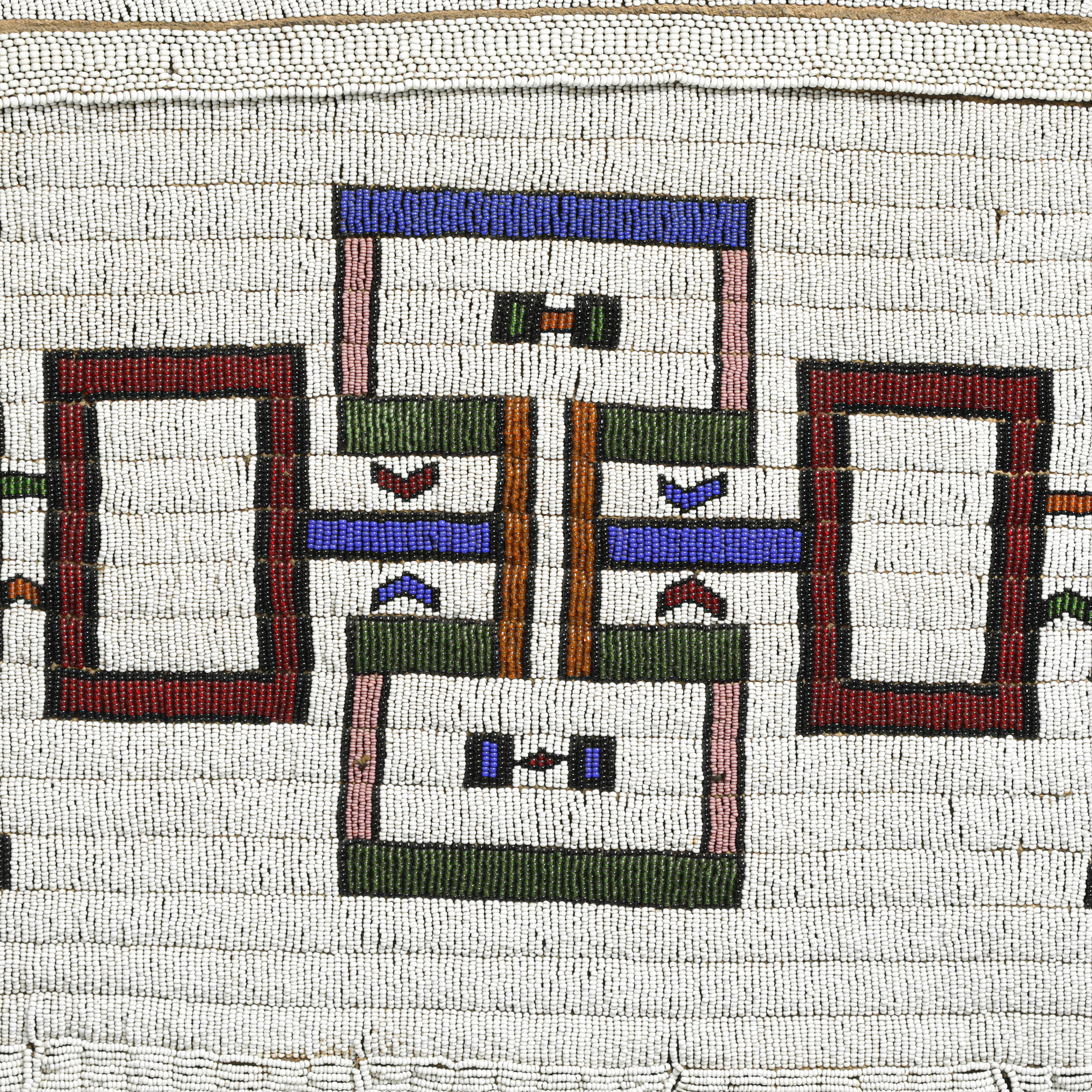 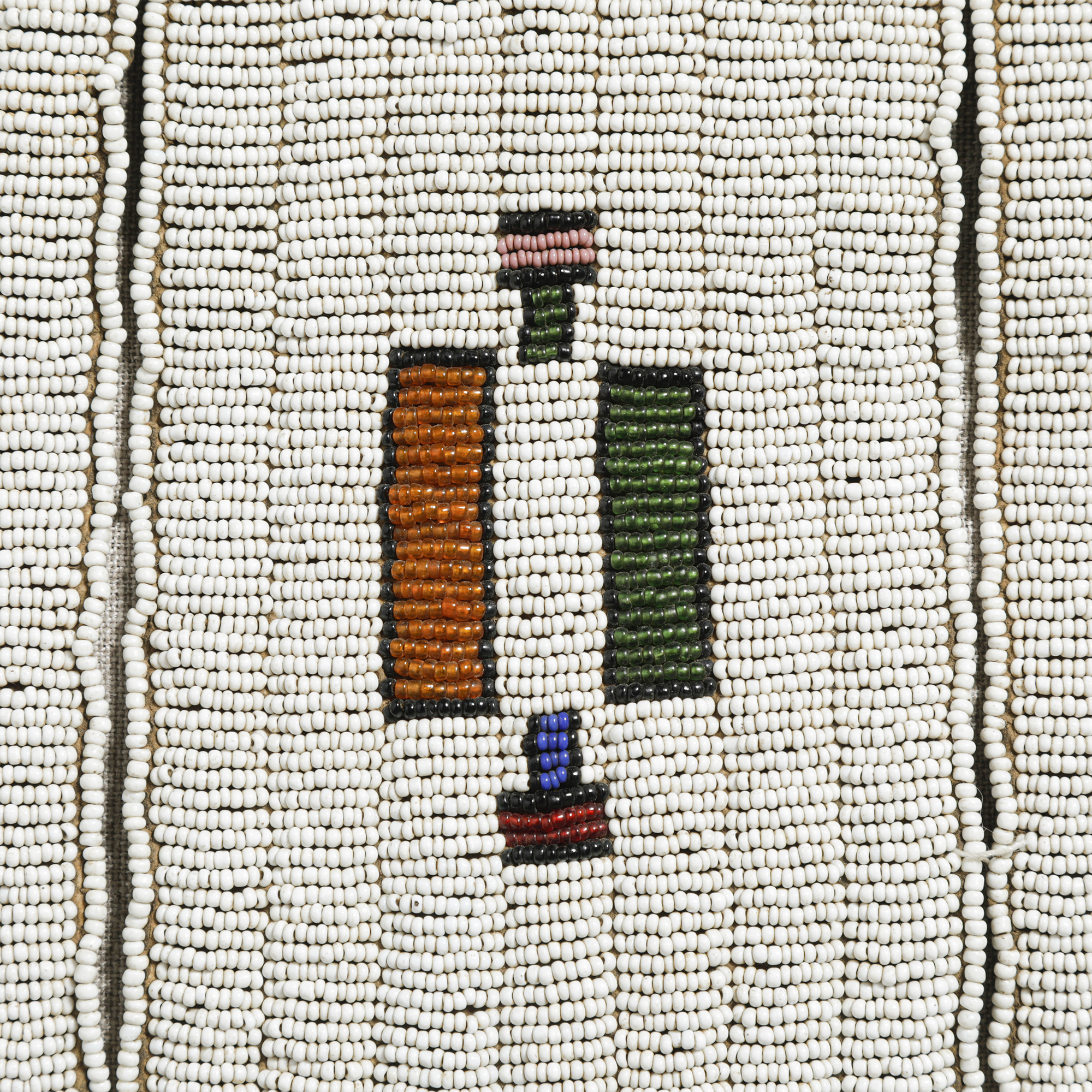