The Nok culture, first unearthed in Nigeria in the first half of the twentieth century, remains an enigma in the history of Africa and its art traditions. Flourishing in the Iron Age between 500 B.C. and 200 C.E., it was a center of magnificent ceramic artistry, most famously shown by the exquisite fragments of figures and busts that have survived to the present day. Often excavated without archaeological methodology and a prize for looters, Nok art has largely come to light without the scientific context required to place it coherently in the historical mosaic. As such, little is yet known about these remarkable figures, the artists that created them, and the civilization in which they came to be.
‍

Heads and faces held a highly prominent place in Nok art, and are the most iconic objects in the corpus to date. Proportionately large relative to the bodies to which they belong, they depict both men and women with large, bold, somewhat abstracted features. While every Nok head is unique, common traits include triangular eyes and perforated pupils, noses, mouths, and ears. Some show elaborately detailed hairstyles and jewelry that speak to an avid culture of body adornment among the Nok.
‍

The facial fragment presented here exemplifies classic Nok design, with a large protruding mouth and prominent nose shaped with an exuberant fullness. Nostrils and lips are sharply defined with outlines. The reddish clay surface, now roughly textured and pitted, would originally have been smoothed to a fine finish with a slip. 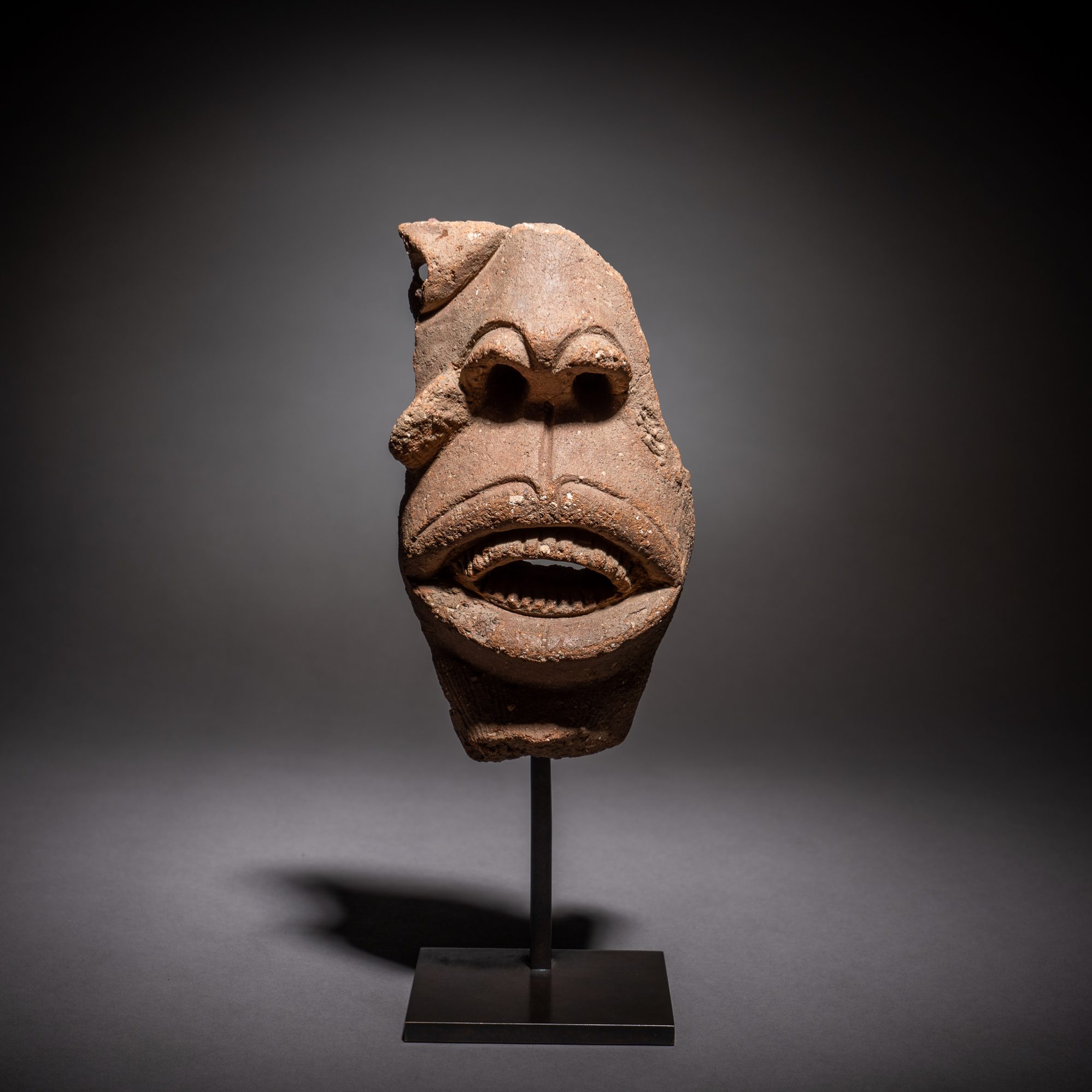 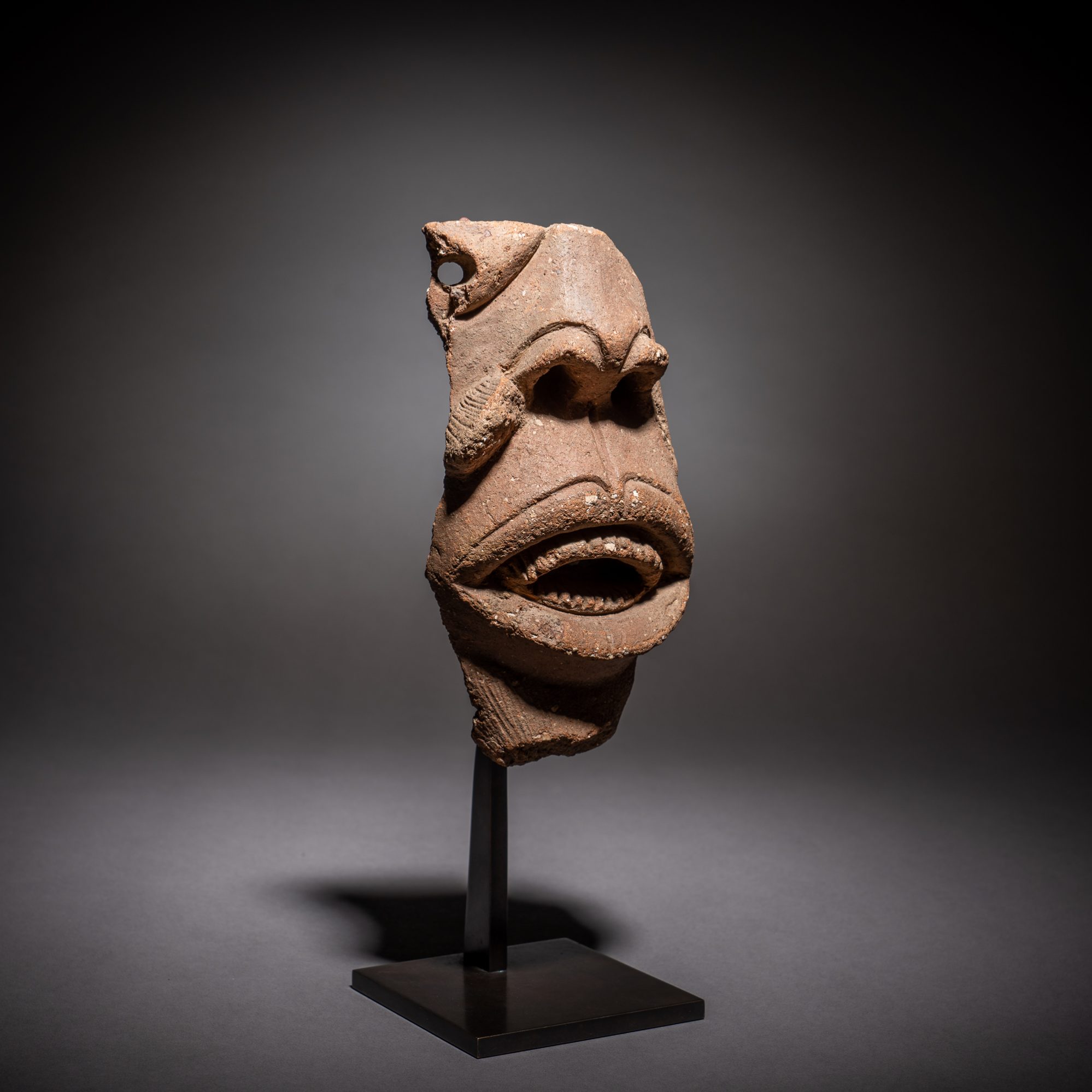 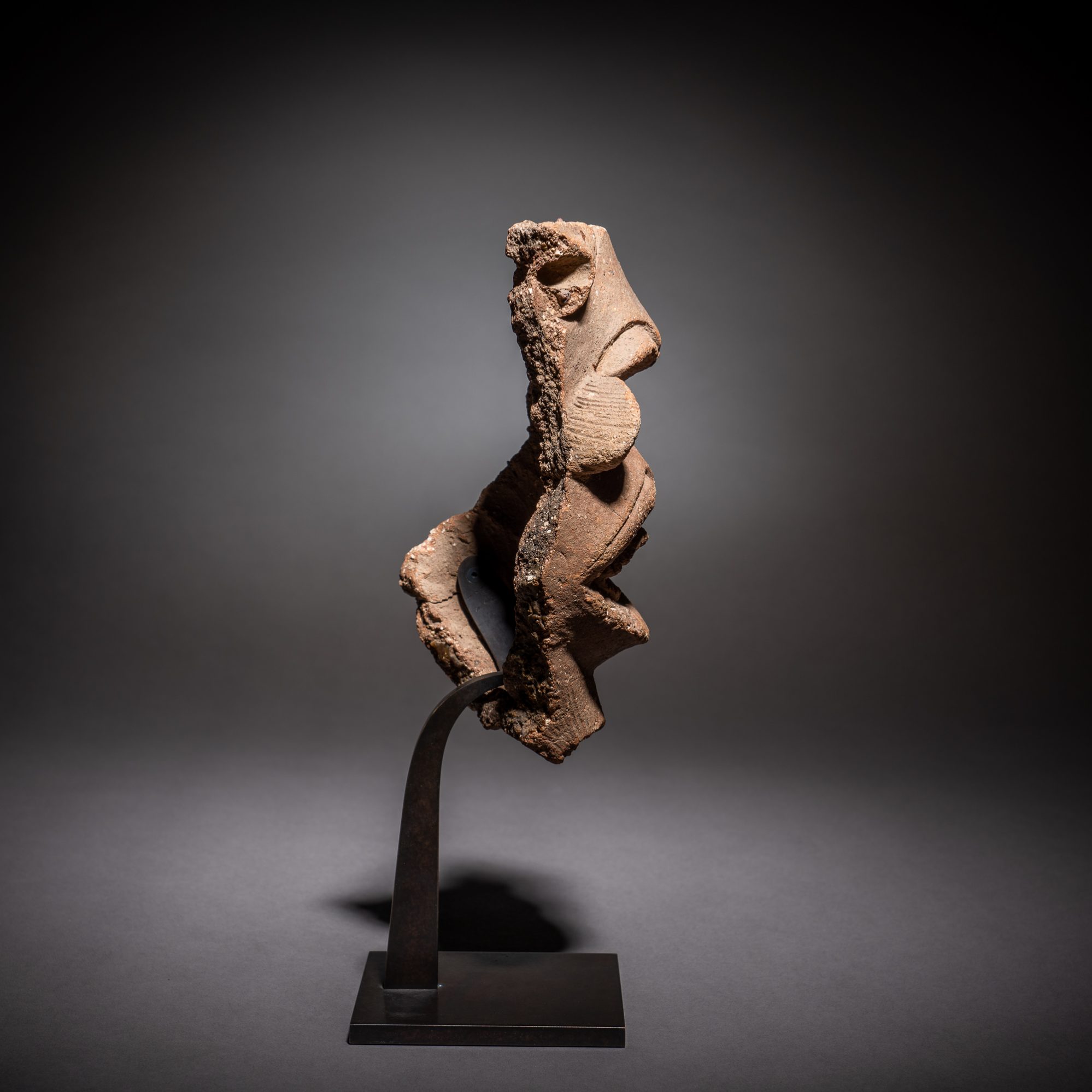 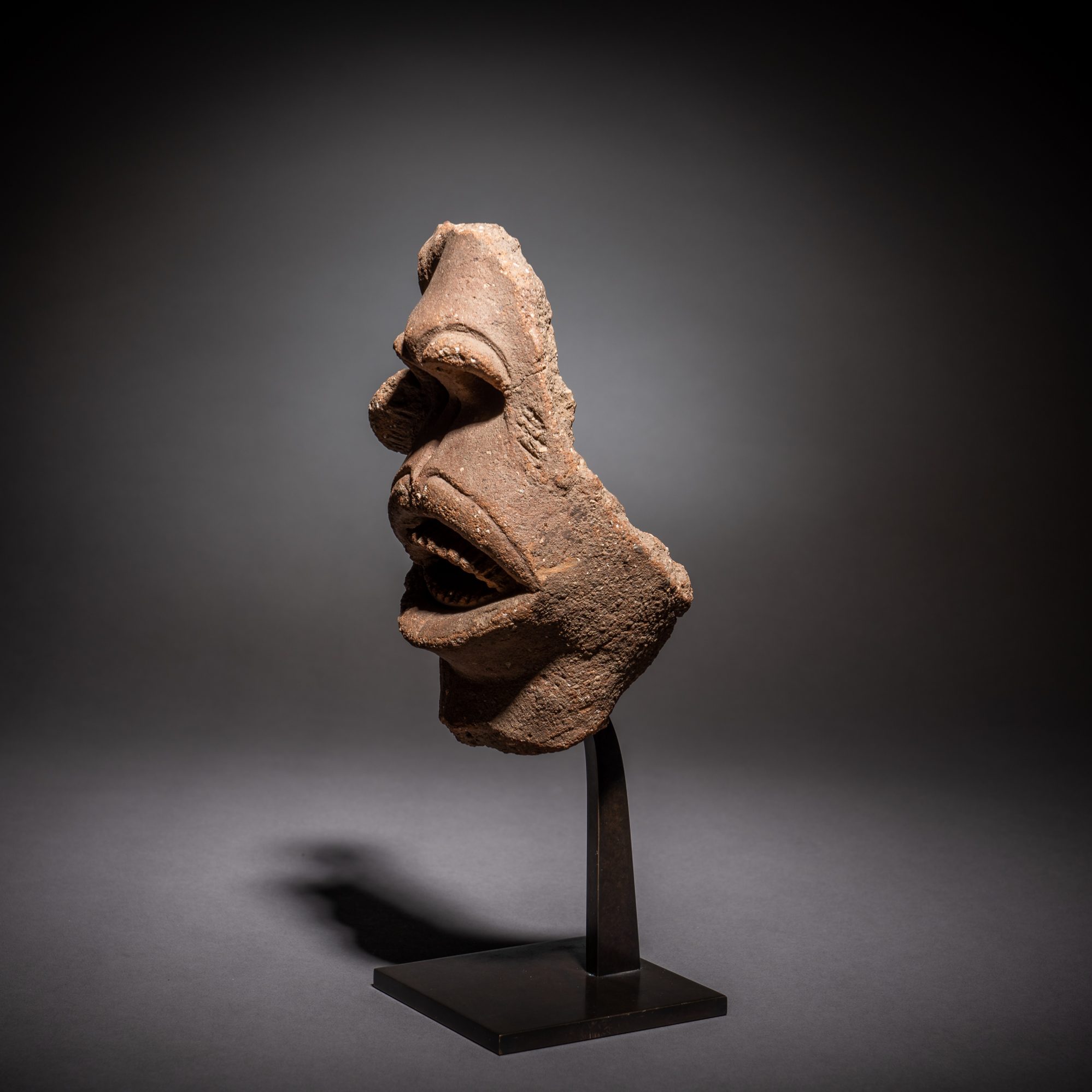