This rare and beautiful ceremonial rattle shows typically streamlined Nuu-chah-nulth (Nootka) design elements, with swelling sides and zoomorphic features. While many rattles of this type depict grouse or other birds, this rattle shows an uncommon combination of bird-like body and uplifted wolf head with large eyes and flared nostrils. It is carved from two pieces of wood that are bound together on the underside with fiber, leaving a lengthwise split in the handle. The chiseled surface texture, conspiring with the natural processes of age and patination, produces an attractive pattern of subtle lights and darks that recall the shifting reflections of light through water.
‍

In the Pacific Northwest, rattles were among the most important ritual objects of shamans. The unusual hybrid form of this example, combining both avian and mammalian characteristics, suggests a theme of transformation. While the Nuu-chah-nulth primarily focused on pure, simple forms such as this, they sometimes crafted painted rattles embellished with large faces and animal motifs, a style preferred by other tribes in the region, such as the Tlingit, Tsimshian, and Haida.
‍

This rattle was collected by Lt. George T. Emmons (1852–1945), an ethnographic photographer and naval officer stationed on the U.S.S. Pinta in Alaska in the 1880s and 1890s. Through his duties, Emmons contacted and developed an interest in the Native cultures of the region, recording information and collecting artifacts while on leaves. He collected over 11,000 objects and sold his first collection to the American Museum of Natural History in 1888. Following his retirement, Emmons continued collecting Alaskan artifacts and sold them to collectors including George Heye and the Museum of the American Indian, Heye Foundation.

Lt. George T. Emmons, collected in situ at an unknown date, presumably between 1881–1899

Leon Buki, Buenos Aires & New York, presumably acquired from the above by exchange 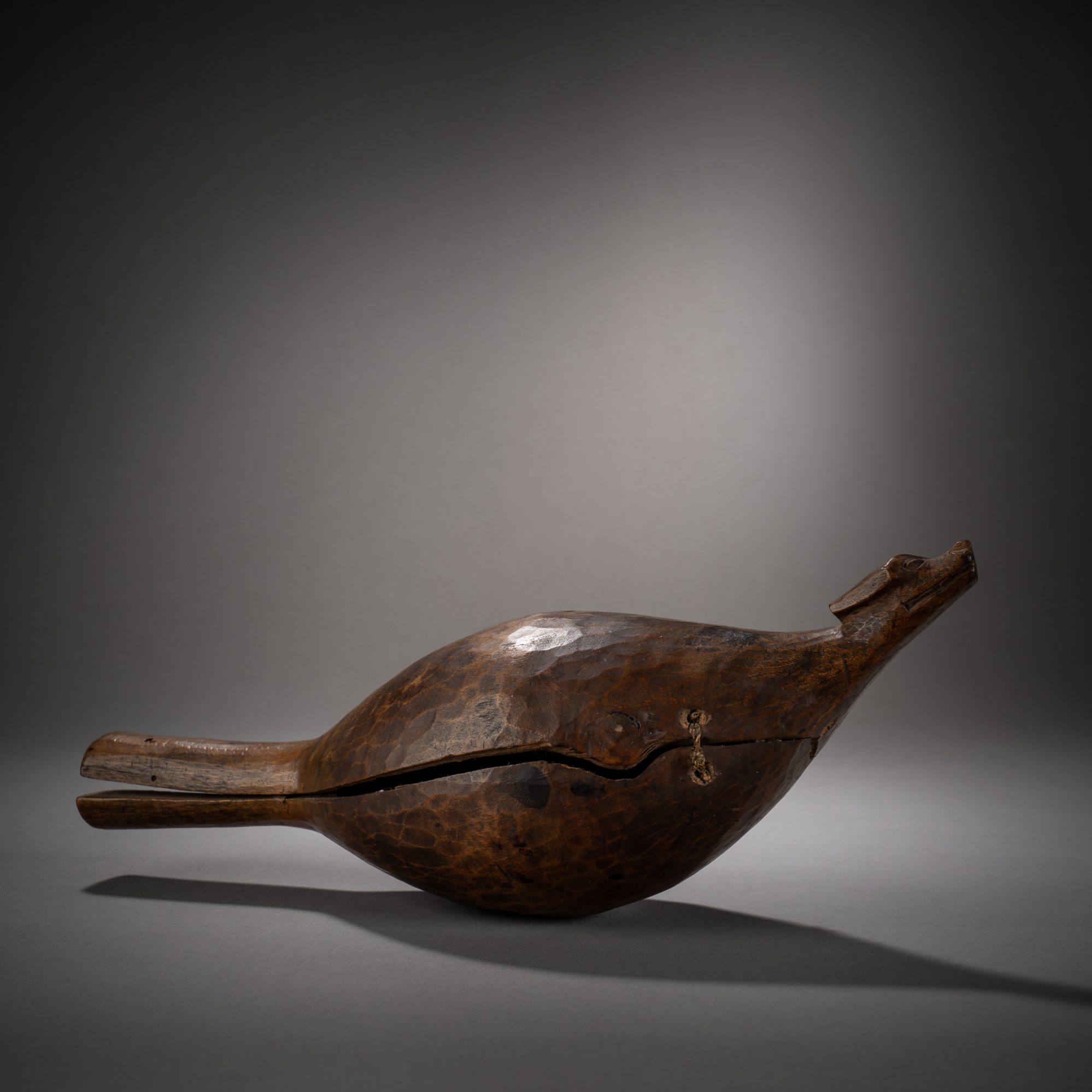 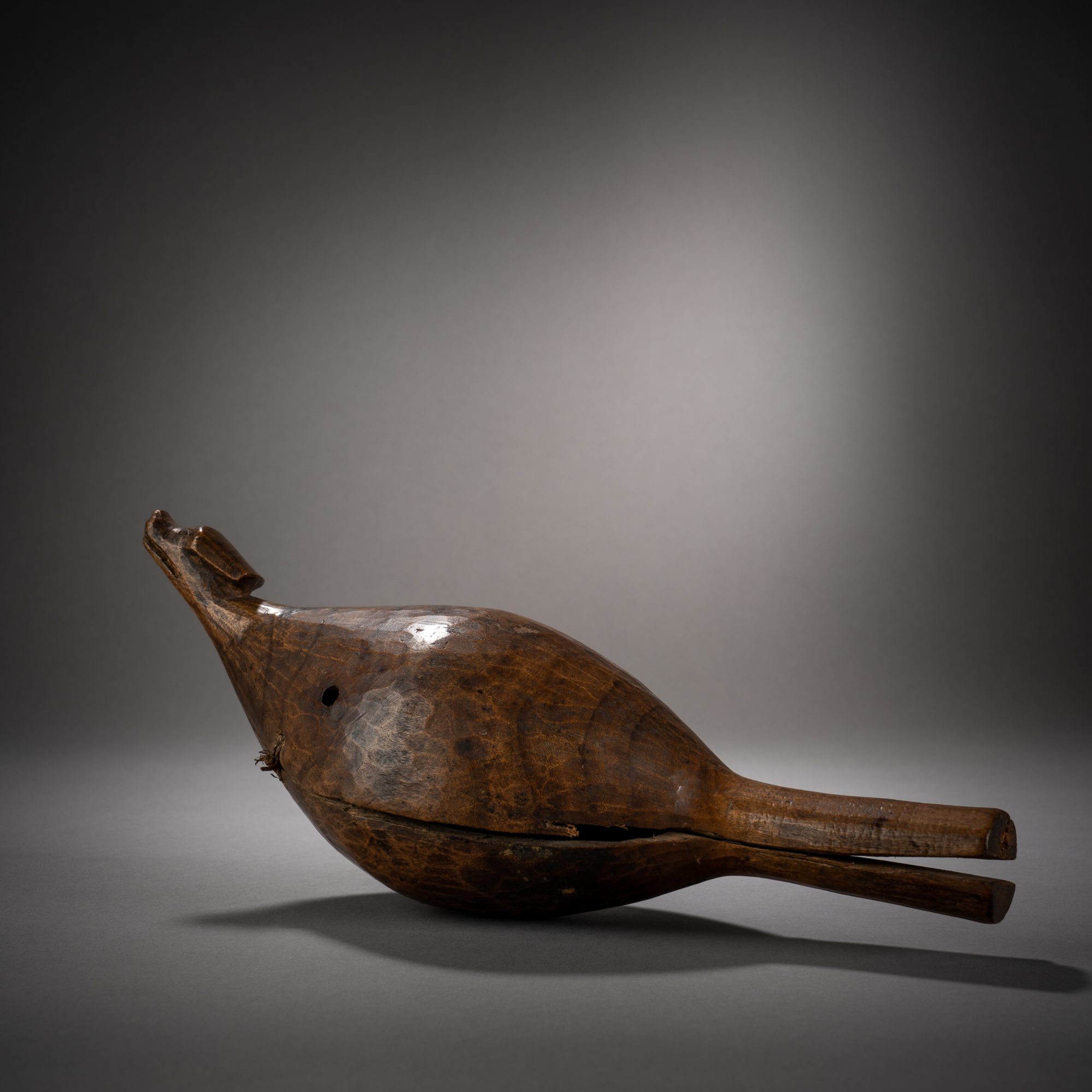 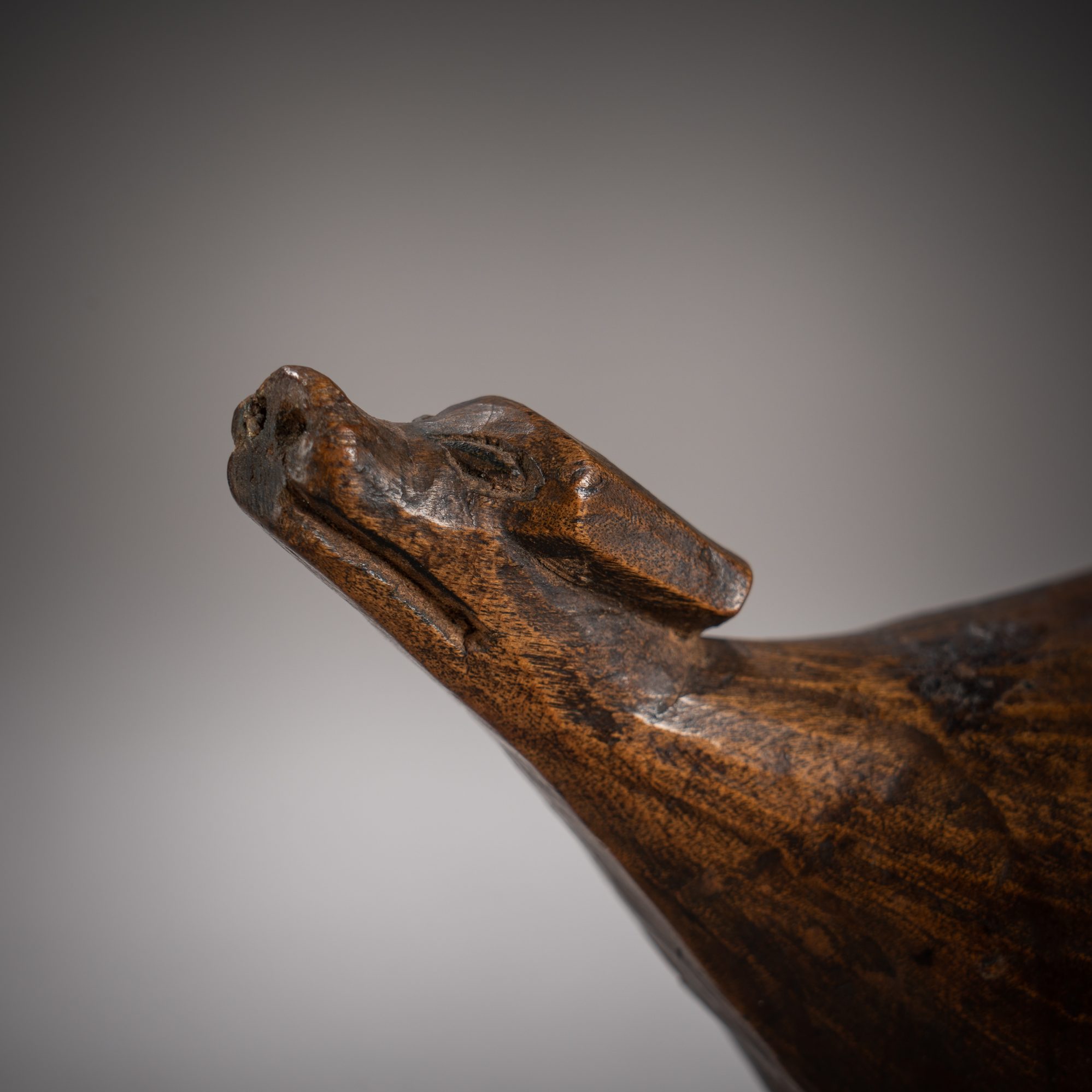