Human images in ivory left by the archaic Old Bering Sea and Okvik cultures of Alaska stand among the most powerful expressions in the art traditions of the Arctic. Their striking formal essentialism, austerity and deep sense of mystery have fascinated generations of collectors. The beautiful head presented here has all the desirable attributes of its type, with classic stylized form and cocoa brown patina; a broad facial plane divided by a narrow, attenuated nose; a long, slightly arched horizontal browline casting sharp shadows over suggestions of eyes; and a thin, diminutive mouth above a tapered chin. Slight convexities below the eye sockets give an elegant impression of cheekbones, from which two strong incisions angle inward to the base of the nose, indicative of facial tattoos. Native Arctic women tattooed one another for millennia before Western colonizers abolished the custom.

The eyebrows are carefully worked with vertical notches, a texture echoed by the subtle lines found spread across the cheeks, which evoke wrinkles in a face of great age. With an expression of both serenity and gravity, this image radiates an aura of enigmatic wisdom and timeless vigor shared by many of the busts carved by the ancient peoples of the Bering region.

The plane of the neck angles downward and shows a rough edge — evidence of the well-documented practice of purposefully severing heads from bodies of figures of this scale. The purpose for which the figures were created is not well understood, but there are references in the literature that they might have been portraits of living individuals, perhaps revered members of the tribe, and that, upon the death of the subject, the head and body were ritually severed and buried distant from one another. By severing the head from the body, the spirit or inua left the doll and thus, by burying the head far from the body, the spirit would never re-enter the doll.  It has also been suggested they might have been made as tokens for life events, such as a pregnancy charm or an amulet for an important hunt, which were severed when the purpose was fulfilled.

Like many excavated ivories, this head suffered partial loss from lying in the permafrost for millennia, notably a split to the left side of the face and damage to the nose. With the assistance of an expert restorer, the head has been restored to its original condition. 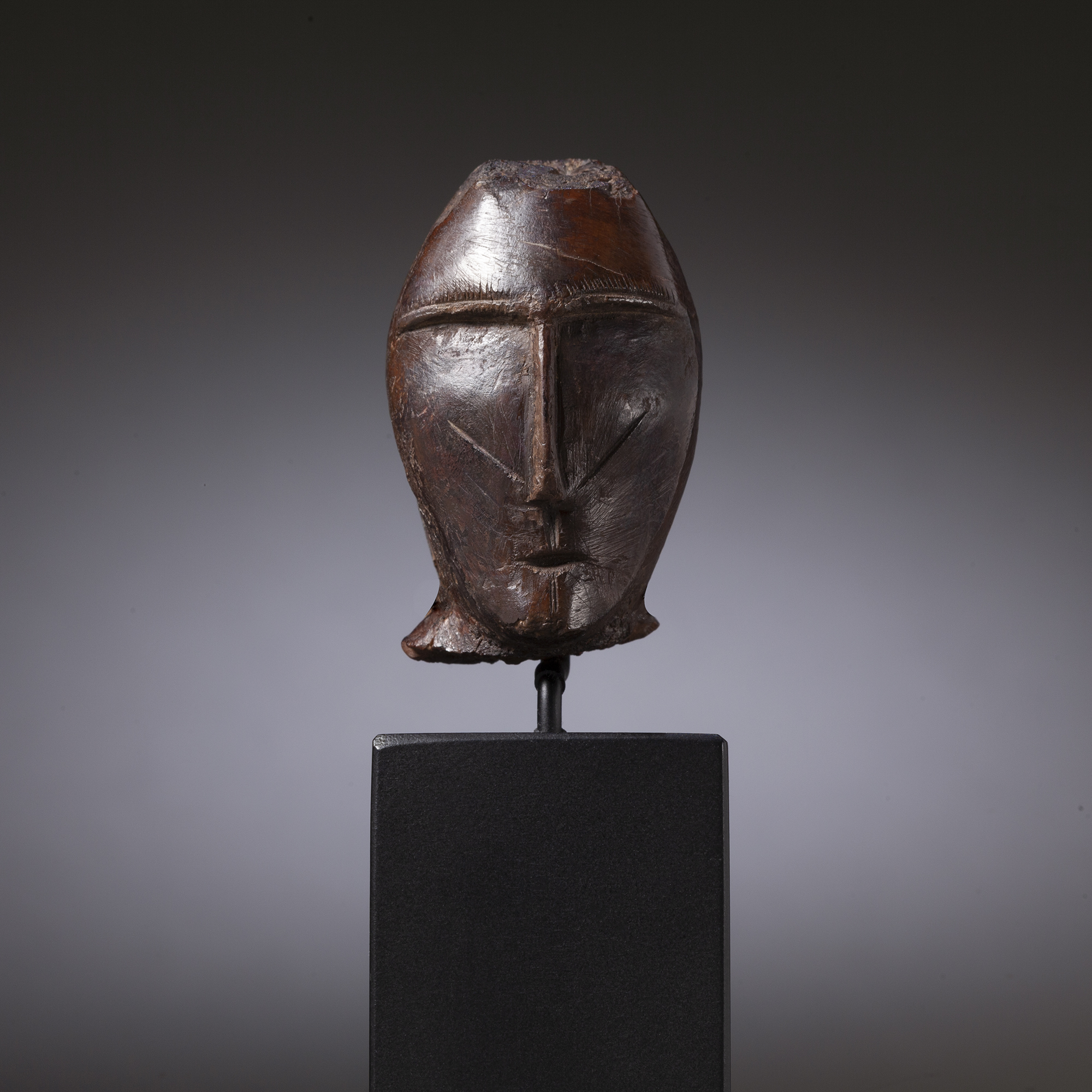 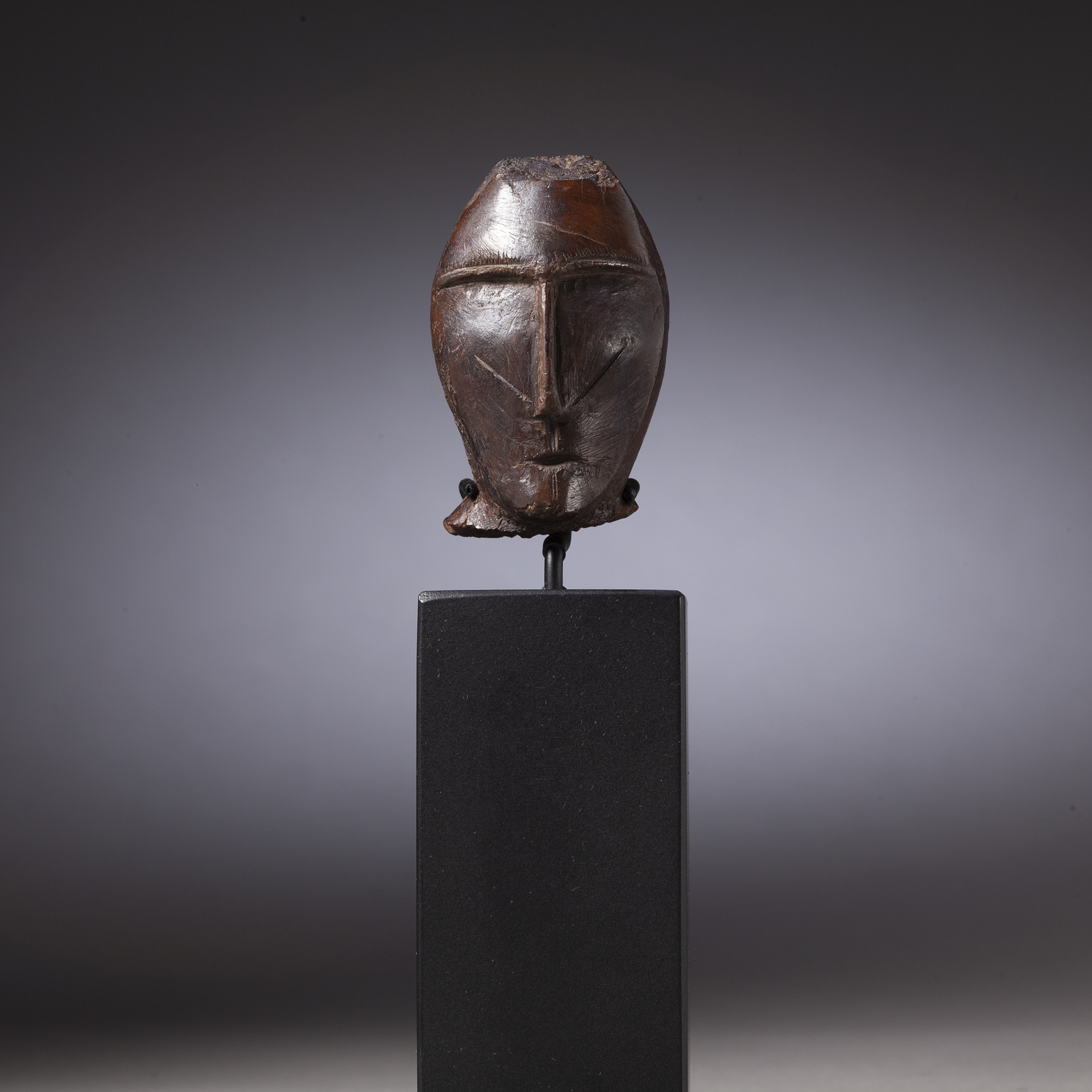 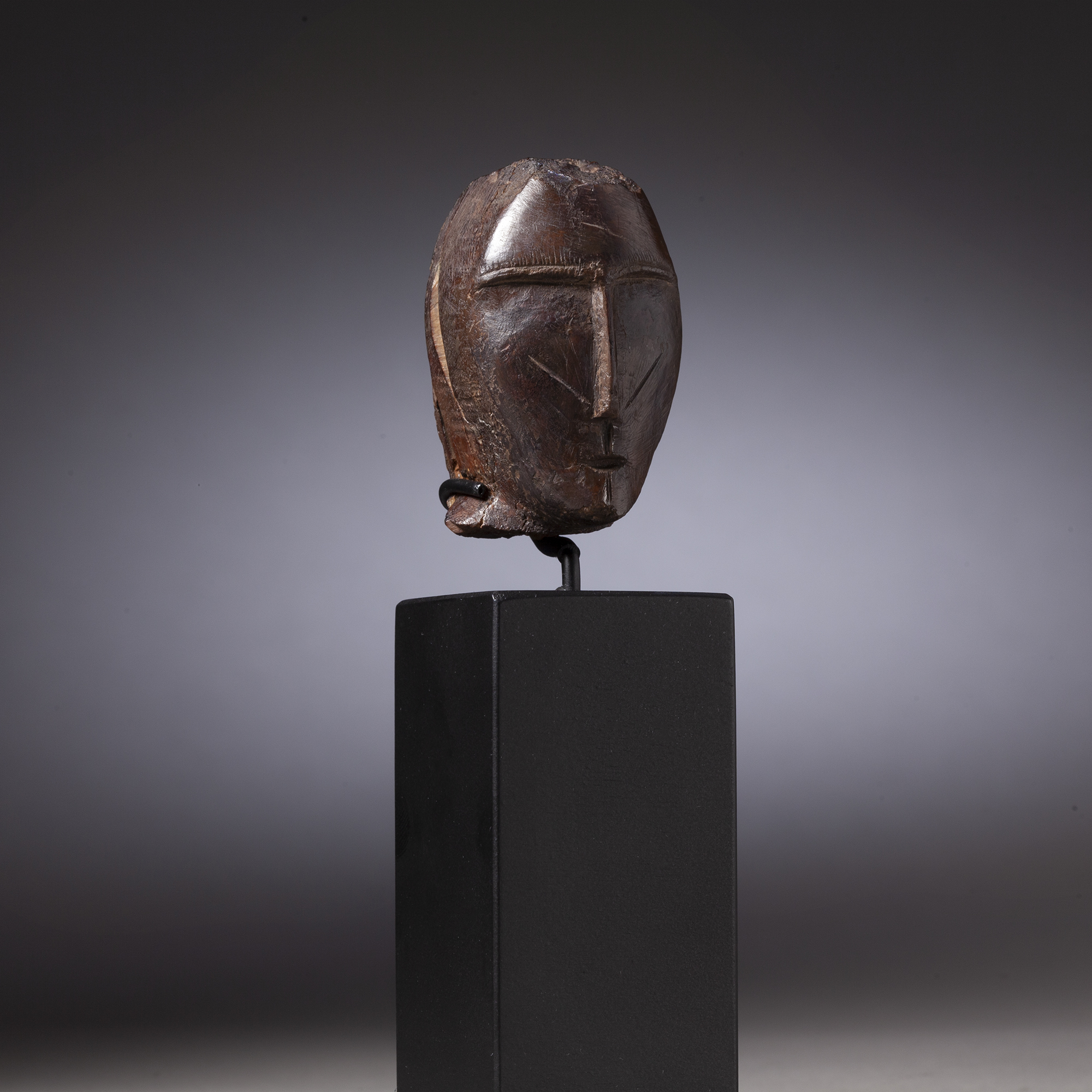 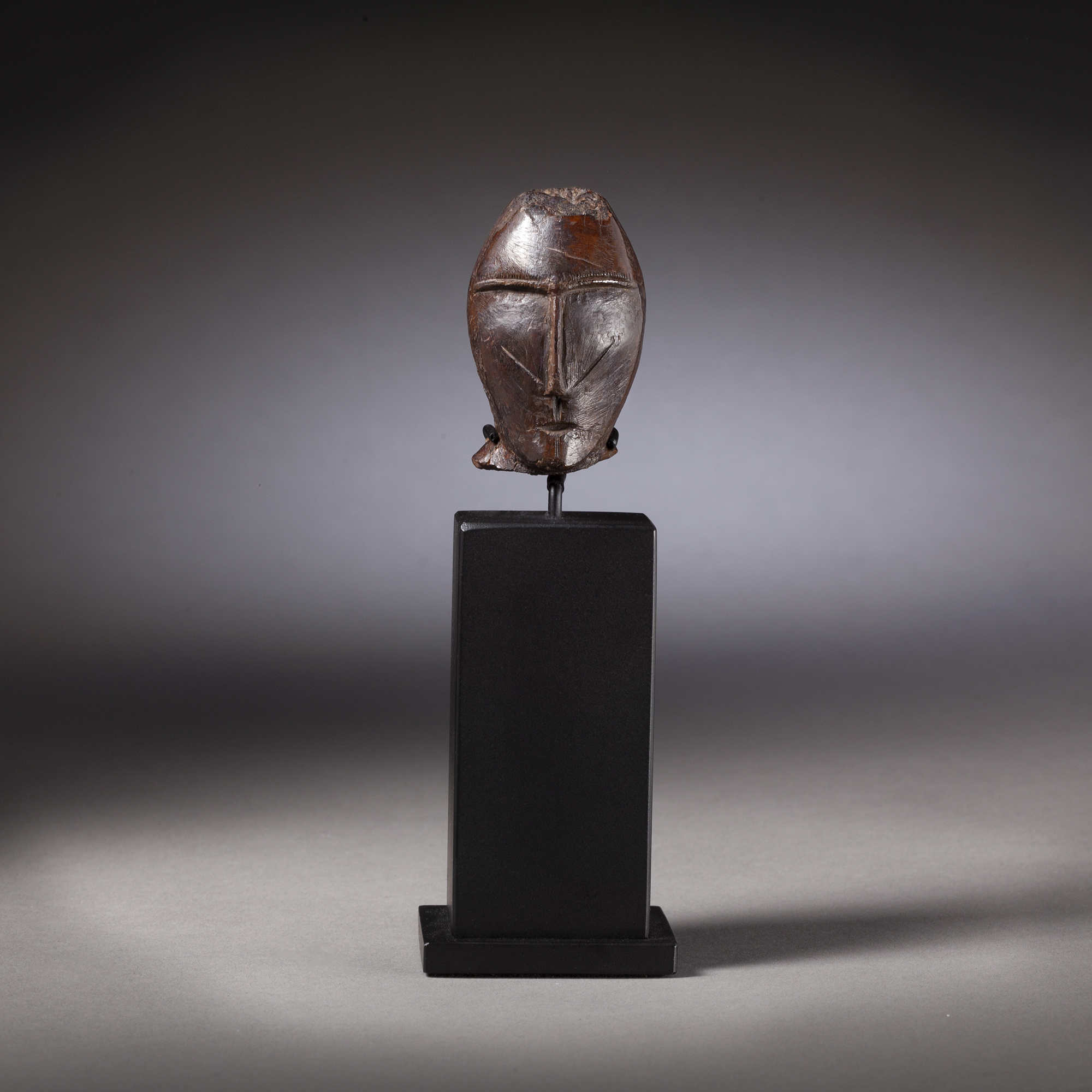