After being displaced from their former homeland in Angola by territorial expansion by the Lunda, the Pende resettled in D.R. Congo as two distinct but unified groups: western and eastern. The traditions of the western Pende include a group of over twenty danced masks known as mbuya, which personify a variety of village characters. Once used during mukanda initiation ceremonies to mark the end of circumcision rituals, mbuya masquerades now entertain the community during non-ritual festivities. Some mbuya share very similar features and can be difficult to differentiate without their full raffia dance costume and regalia.
‍

The mbuya presented here, known as fumu, represents a chieftan. It offers a warm brown countenance with a highly protuberant forehead; large, heavily lidded eyes; strong, unified brow; pointed, upturned nose; and open mouth revealing pointed teeth. Stylized ears project horizontally outward. Atop the head is attached a dramatic, backward-slanting coiffure or hat that sweeps up into four tall points akin to horns, intensifying the mask’s aggressive aura. The cheeks bear motifs that echo patterns found on other mbuya, which may be linked with powers of fertility. Fabric is bound tightly around the chin and cheeks of the mask with fiber. A richly textured patina enhances the deep, earthy browns and lends naturalistic suggestions that heighten the mask’s impression of living potency.

Faith-Dorian and Martin Wright Collection, New York, acquired from the above on May 21, 1969 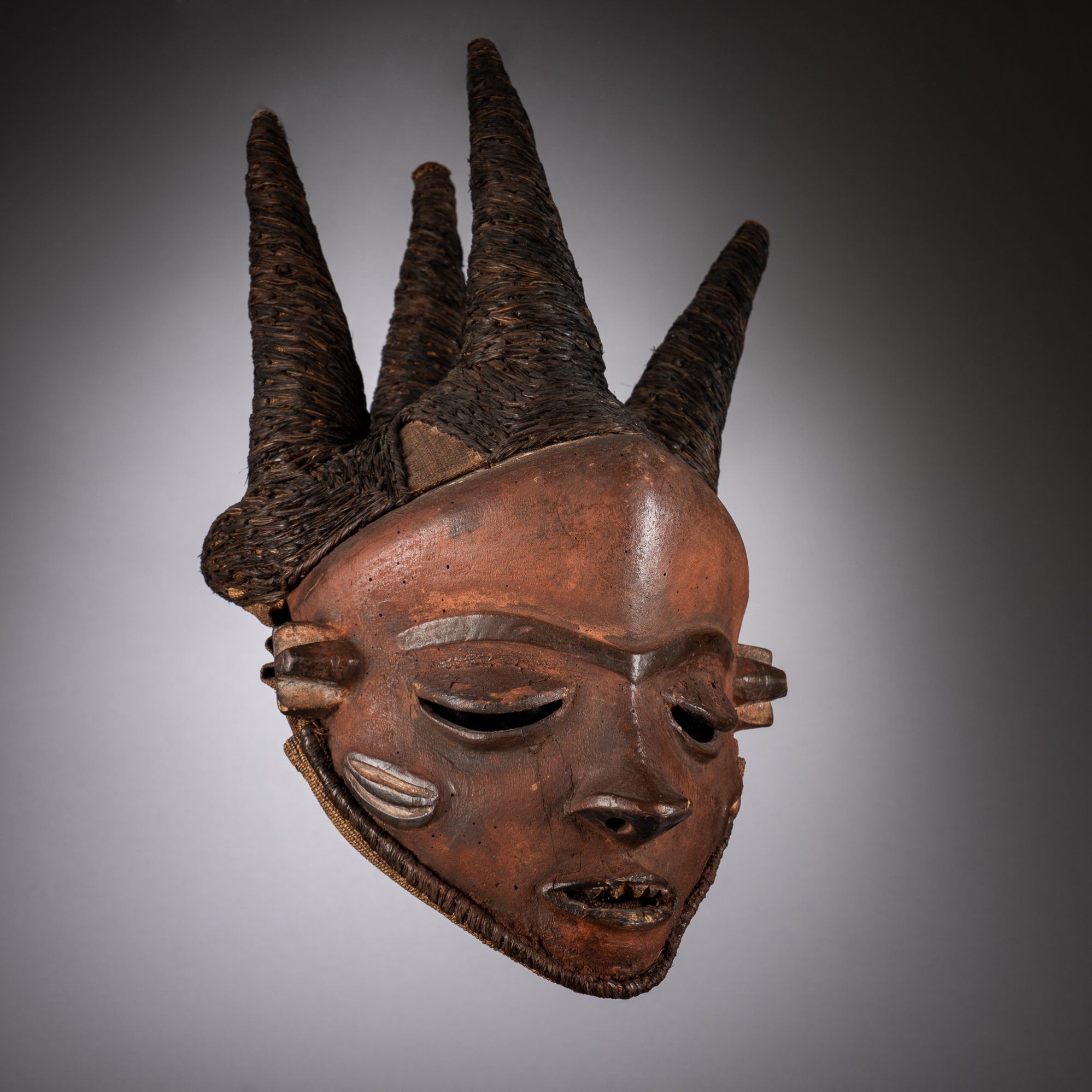 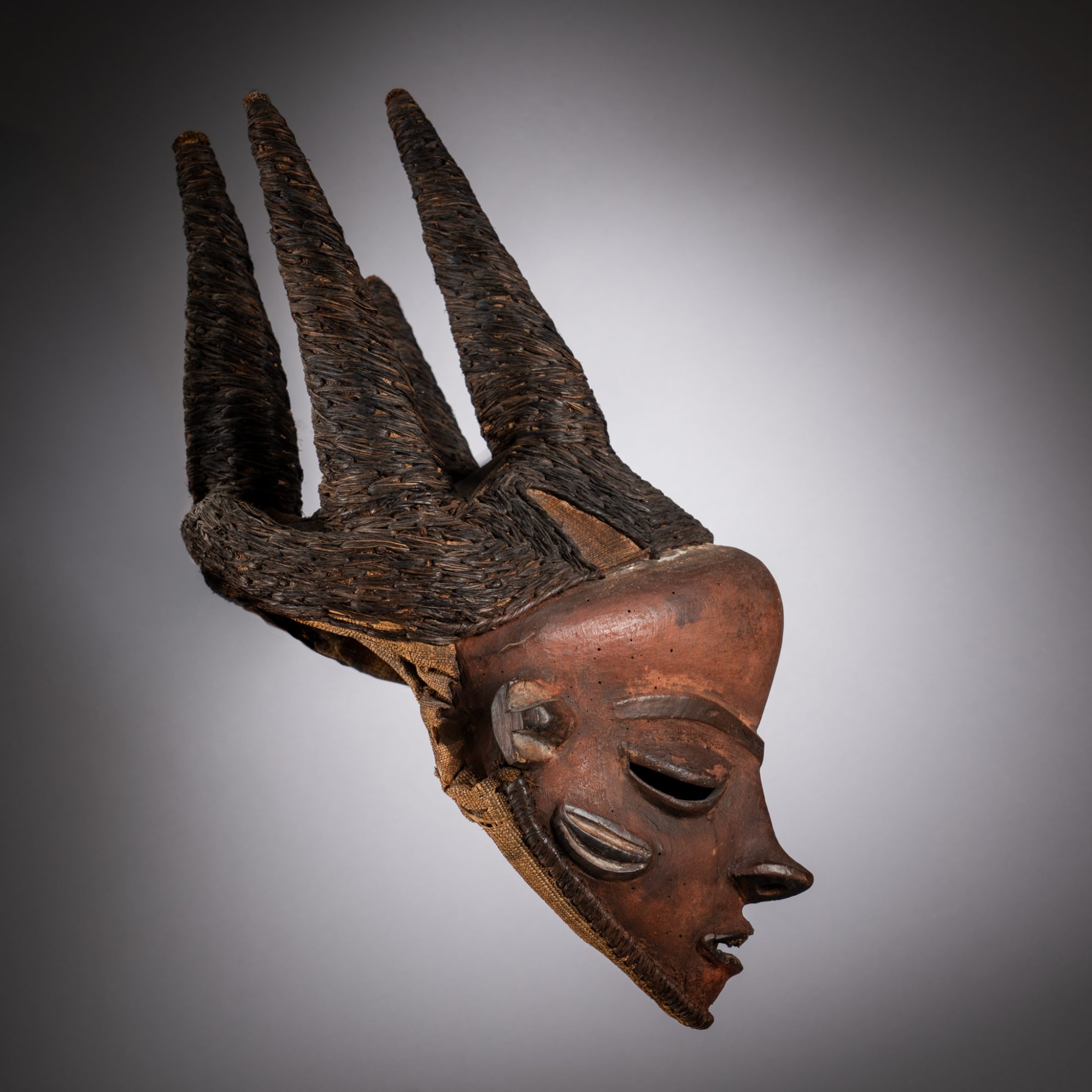 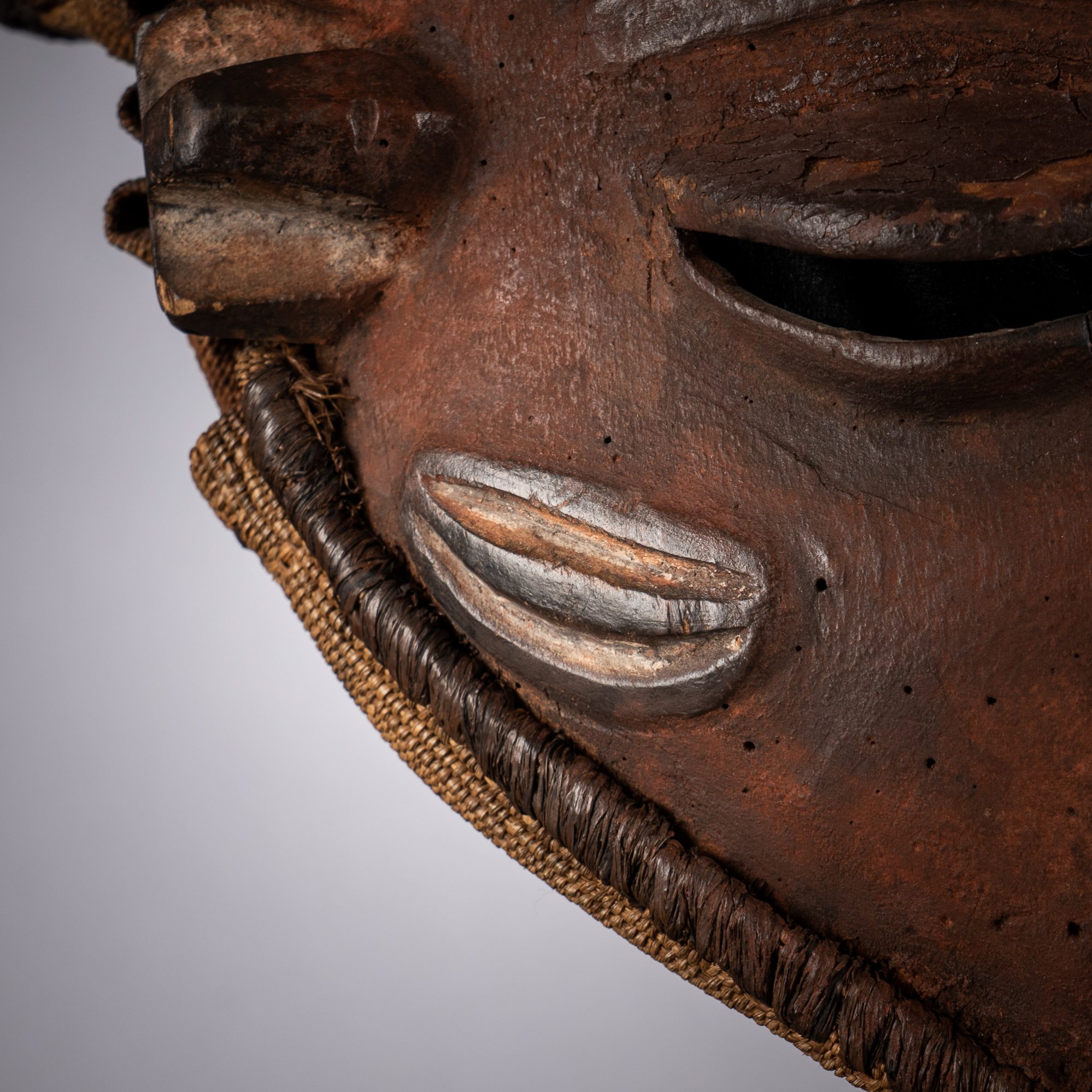 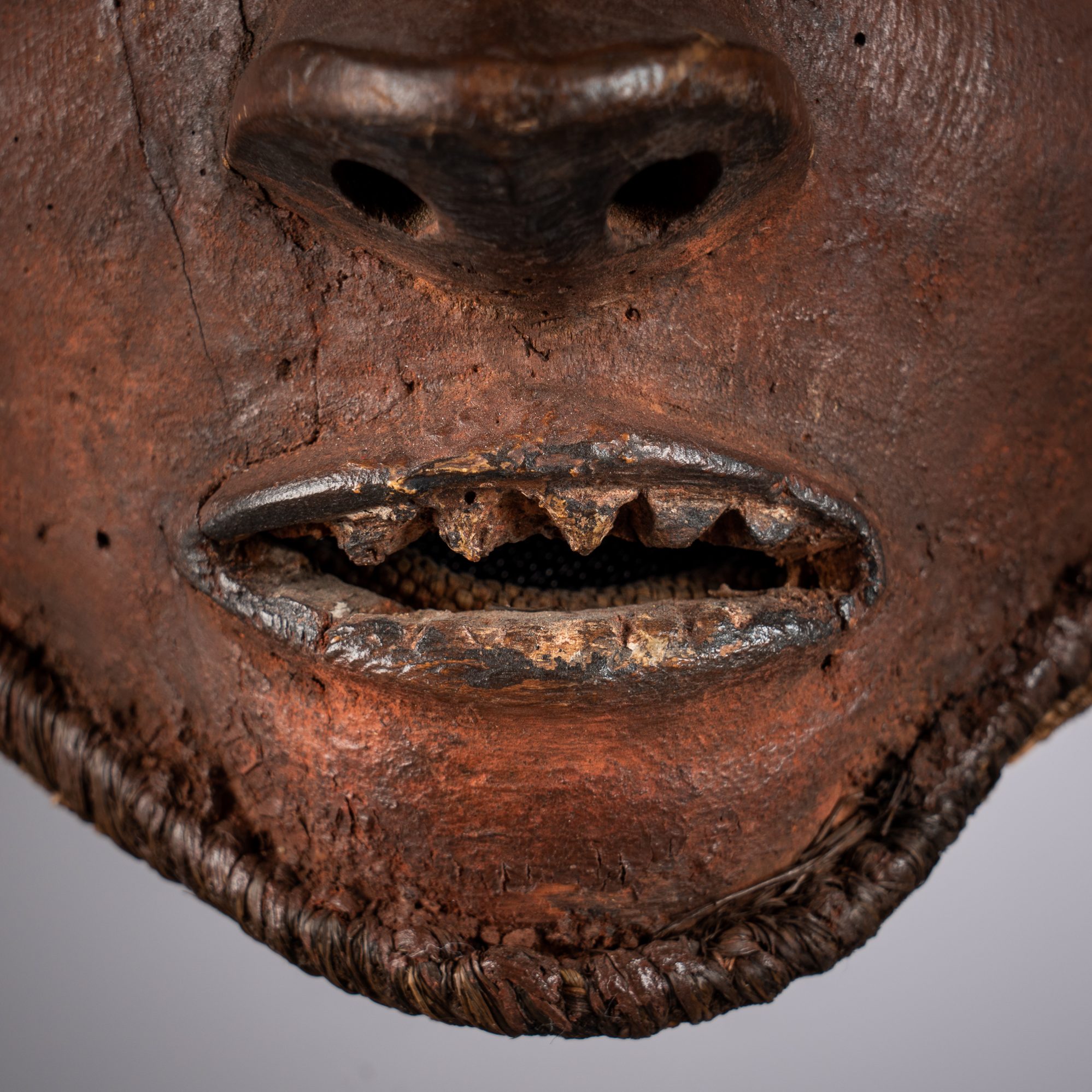