Polynesian weapons are known for their bold and sometimes intricate hardwood designs. This Tongan pole club (‘akau povai) is a remarkable fusion of both, marrying a streamlined, simple silhouette with incredibly meticulous surface detailing. The club’s upper half is entirely covered in finely worked geometric patterns – including waving sawtooth motifs, bars, thin bands, and panels of hatching – that abut in angled transitions, evoking the wrapping of a textile.

Tongan war clubs as a general group are known by the term ‘akau, which means ‘stave.’ They were some of the most numerous objects collected during James Cook’s voyages in the 1770s, reflecting the militaristic collecting interests of the European curiosities markets. Along with spears, ‘akau were the principal weapons of war in Tonga up until the middle of the nineteenth century, despite the earlier introduction of firearms.

‘Akau were also found within a broad range of other cultural contexts, including sport, religion, performance, and dance. They were conspicuous and important repositories of mana, or spiritual force, and generated an aura of tapu that set them exclusively in a prohibited sphere to which those of inferior social class were denied access. 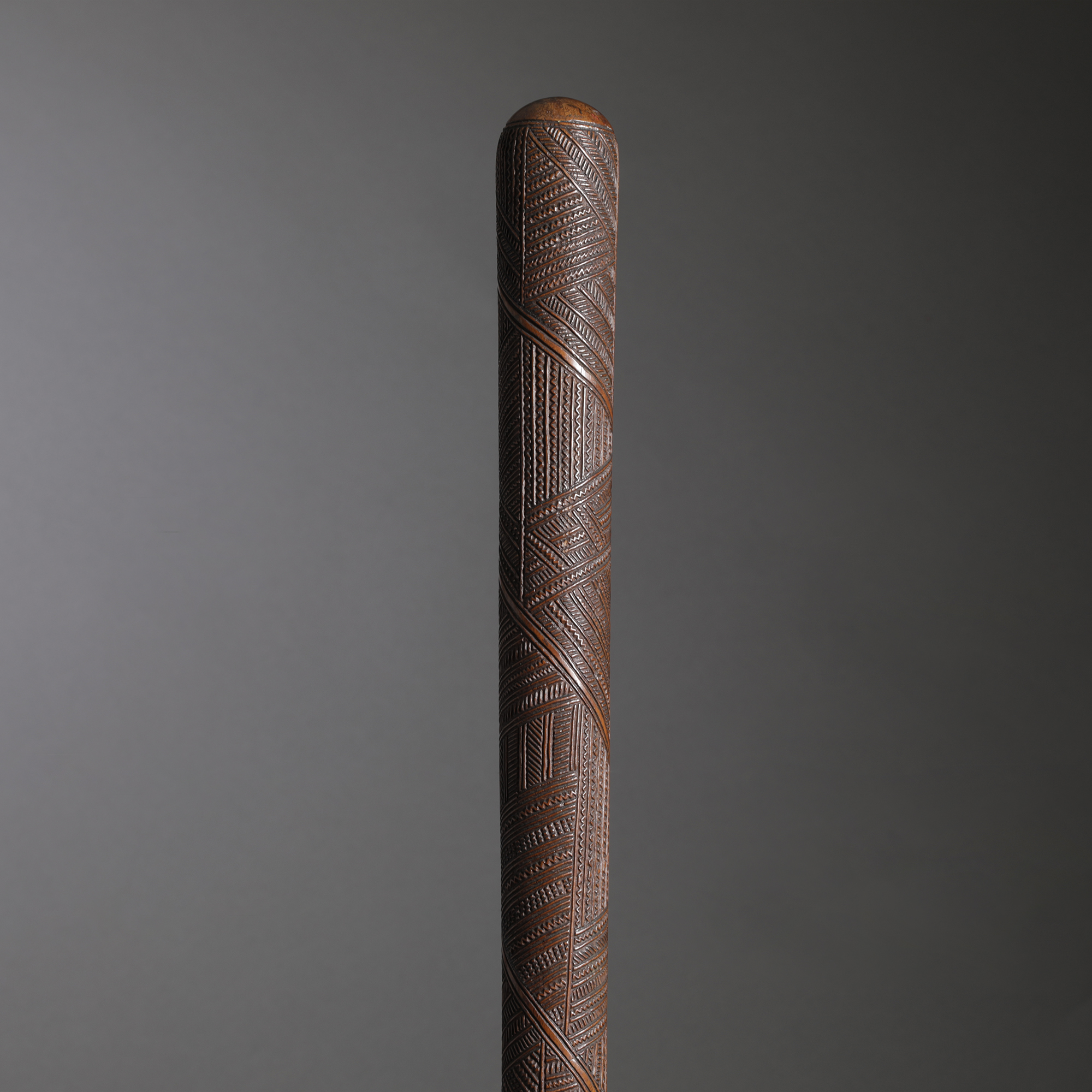 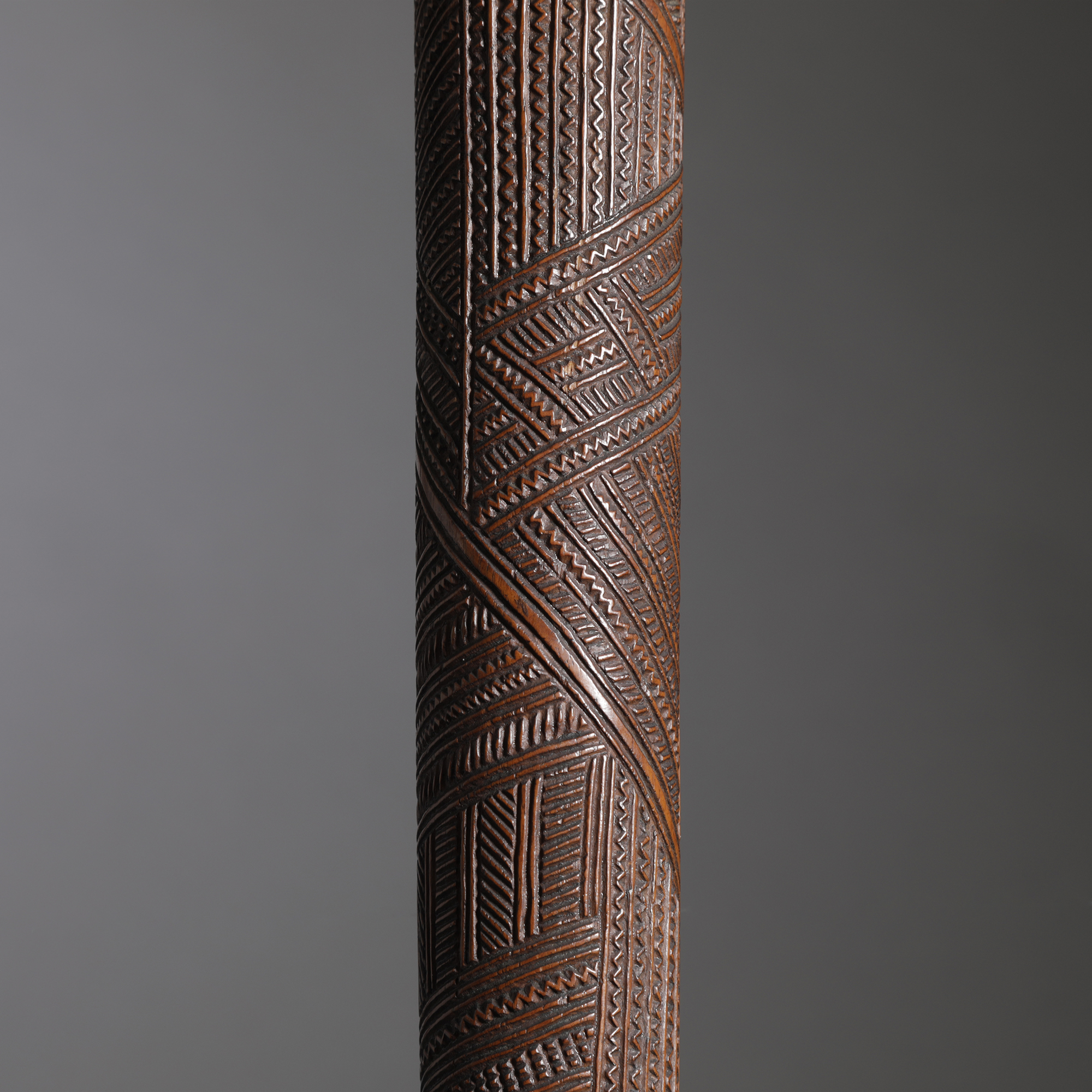 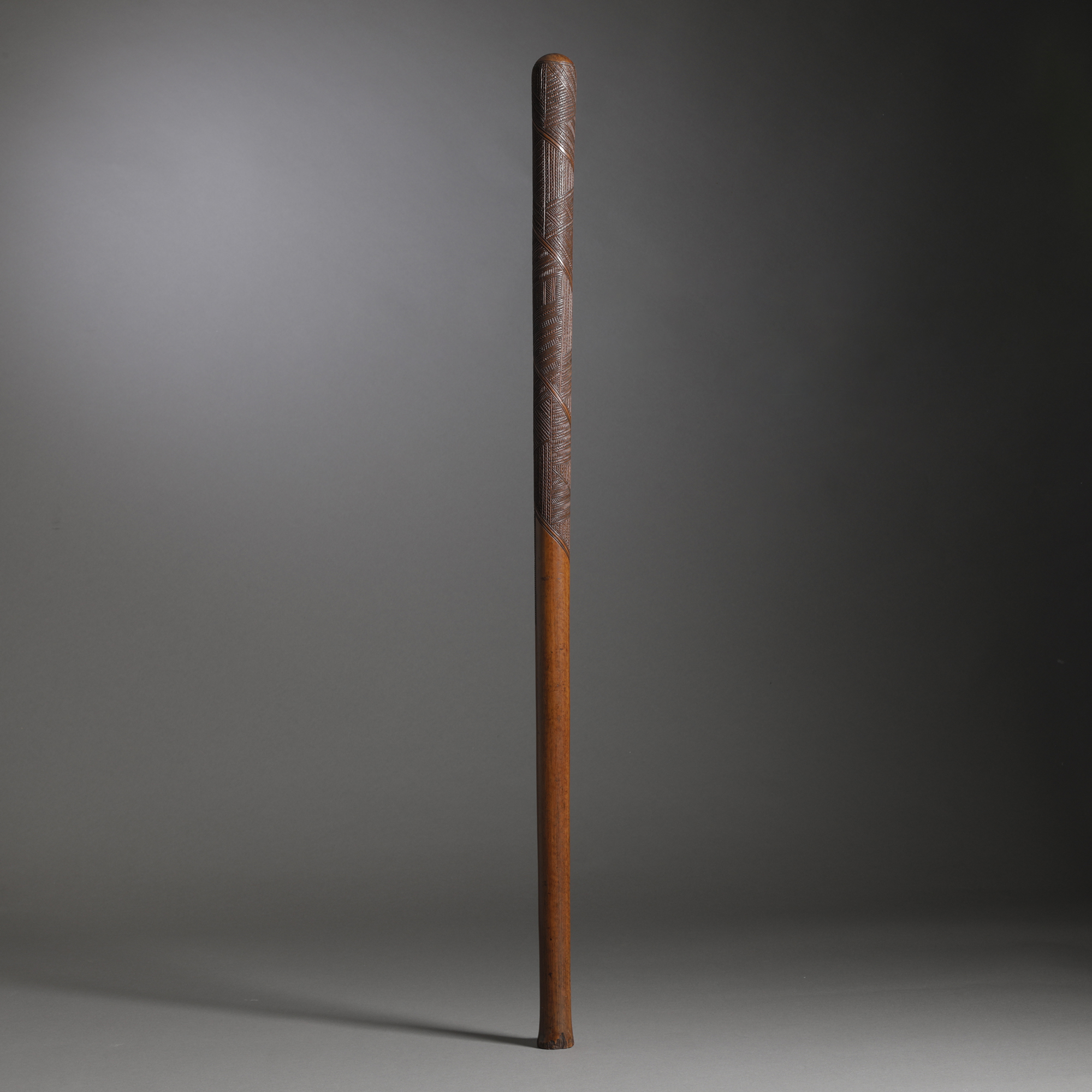