The playful sensibility of South African carvers is on full display in this fine knobkerrie, which delivers an outsized visual pun on the traditional shape of the club in depicting a small, nude male figure clinging to a giant phallus. Pokerwork darkens and details the heads of both the kerrie and the figure, as well as a central band about which the figure grasps, visually highlighting the figure in its amusingly precarious position. The terminal of the club is capped with a section of horn and embellished with delicate ring and dot motifs that encircle and punctuate its dark surface.
‍

Knobkerries are some of the most iconic objects in the indigenous art traditions of southern Africa, and were ubiquitously carried by men in the region as both weapons and symbols of status. While fundamentally utilitarian, they were often carved with great imagination, emerging as works of art in their own right. 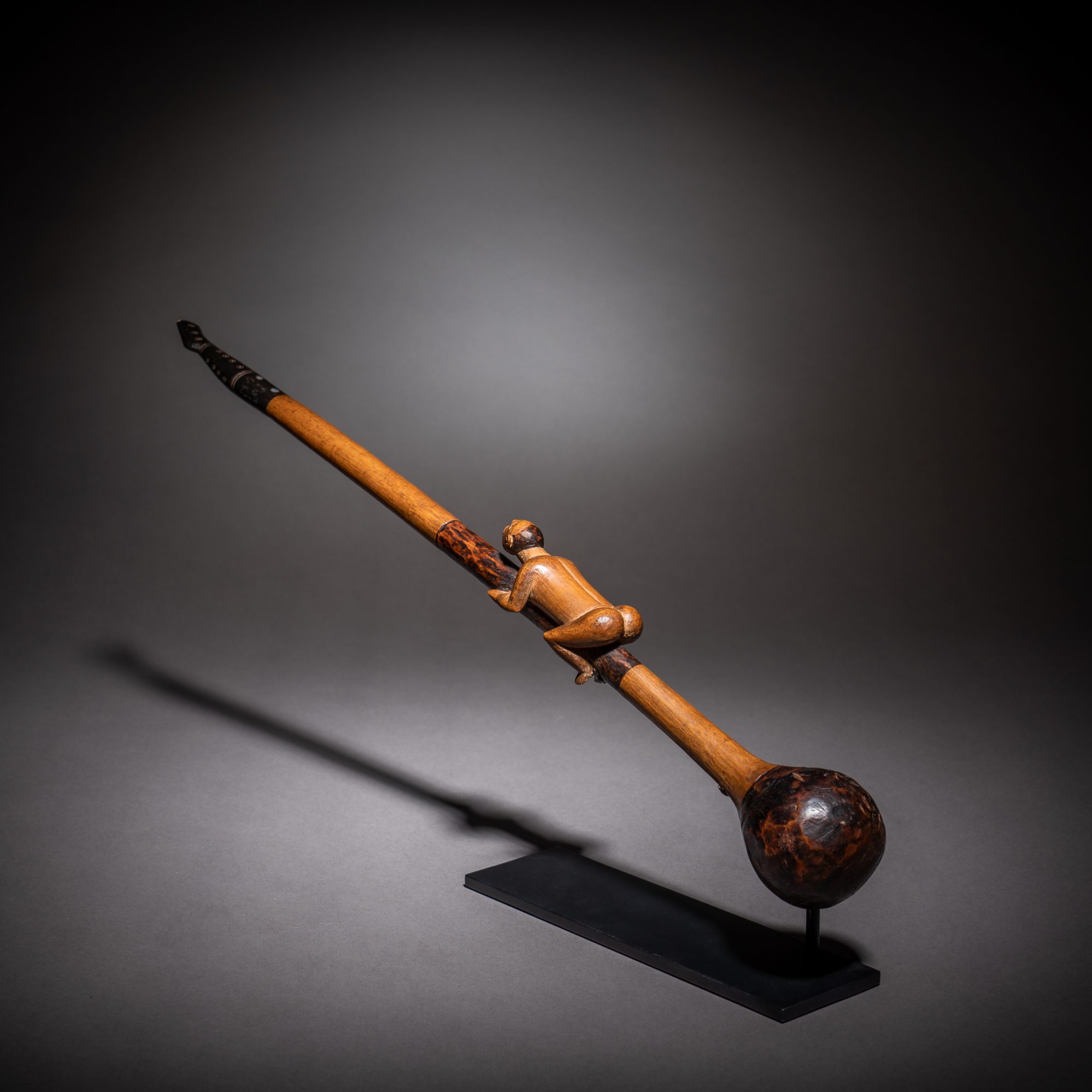 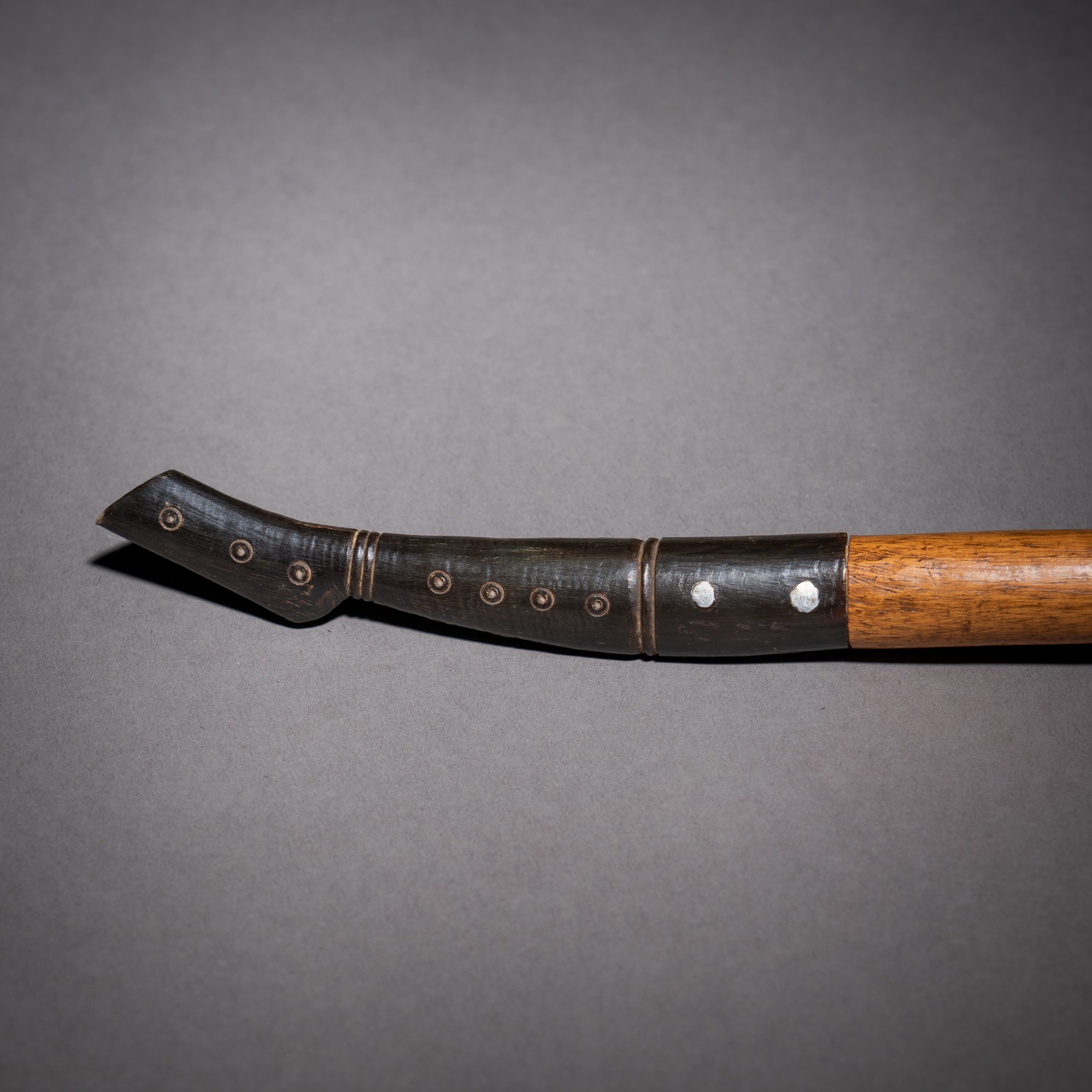 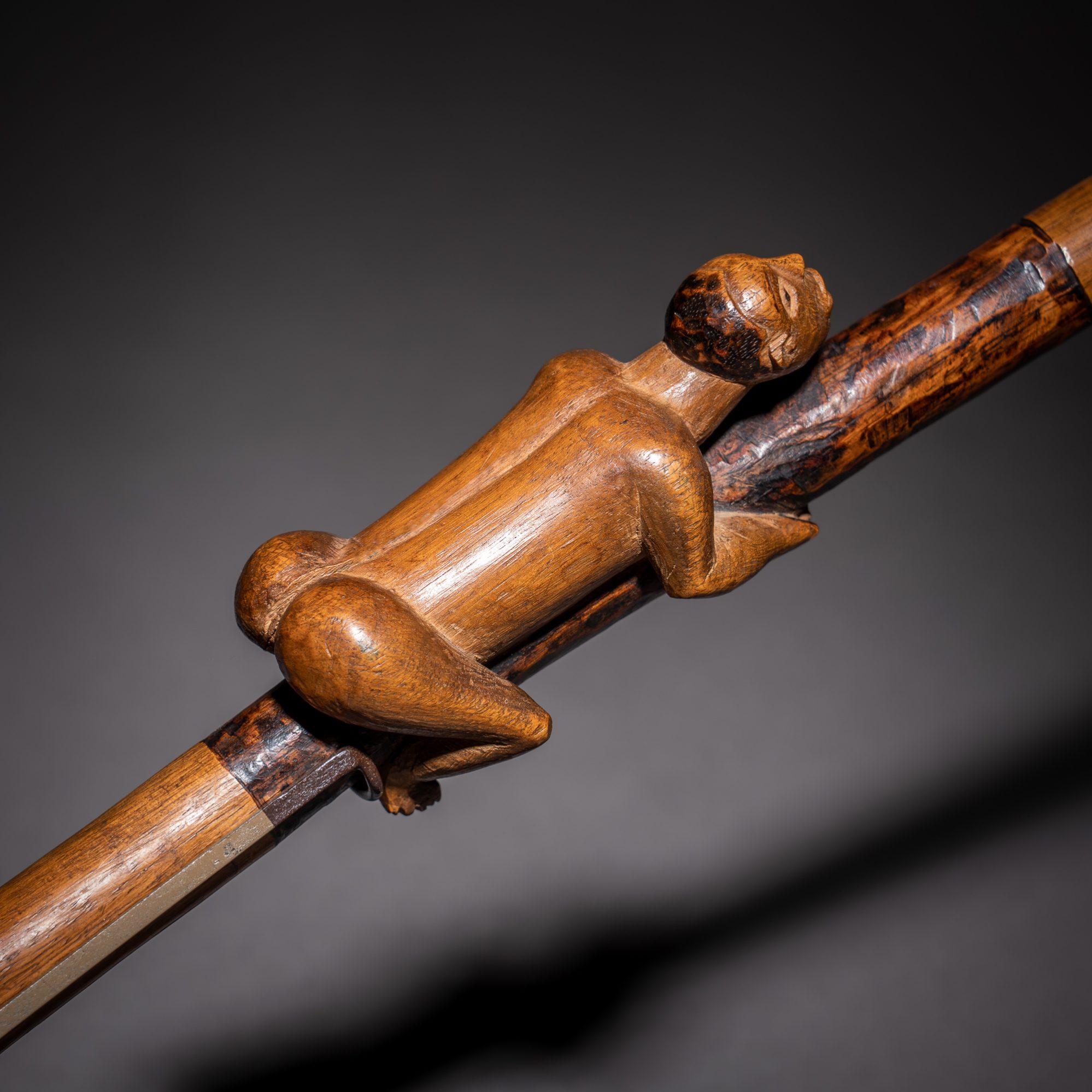 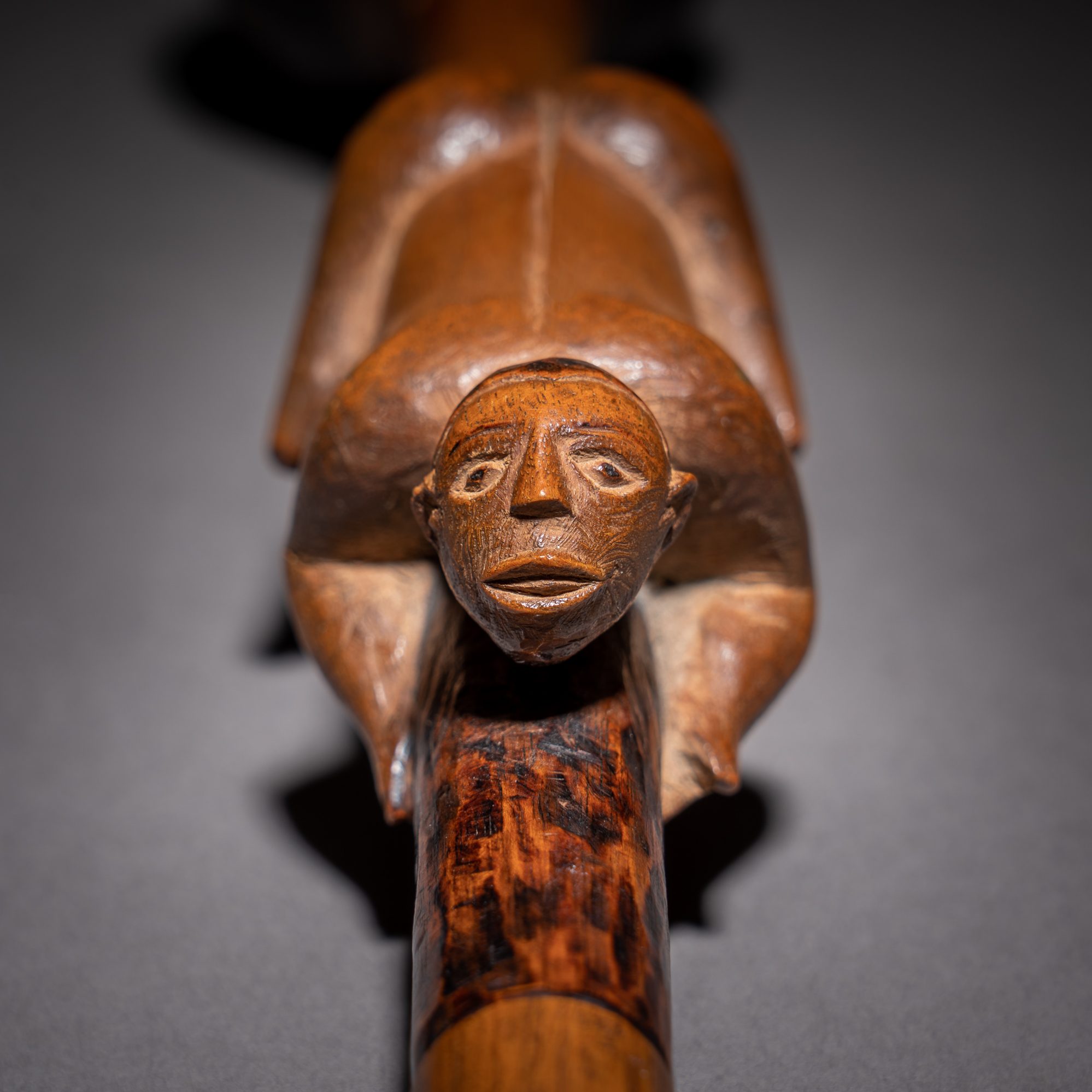