Puppets have been used in ritual and social contexts for centuries across Africa. Puppets were utilized in a variety of forms and for a wide array of purposes, including healing, initiation, education, divination, and judicial decisions. Performances by puppeteers told stories both mythical and historical, preserving religious beliefs and instilling moral values while entertaining the community.

From what is known of puppets in South Africa traditions, they appear to have been used primarily for entertainment, and by diviners. The charming pair of articulated puppets offered here correspond to a type distributed by Tsonga diviner/healers across a territory from Mozambique to northern KwaZulu-Natal.

Both puppets are armless, with jointed knees that allow the lower legs to swing, as they would have when suspended on the puppeteer’s lines. Their faces show shallowly incised, almost geometric features, and their heads are encircled by stylized coiffure rings of adult men. Classic Nguni beadwork panels and bands adorn their torsos and ankles. The larger figure is clothed in a mantle of hide strips and sports feather attachments to the crown of its head, while the smaller wears a beadwork headband. 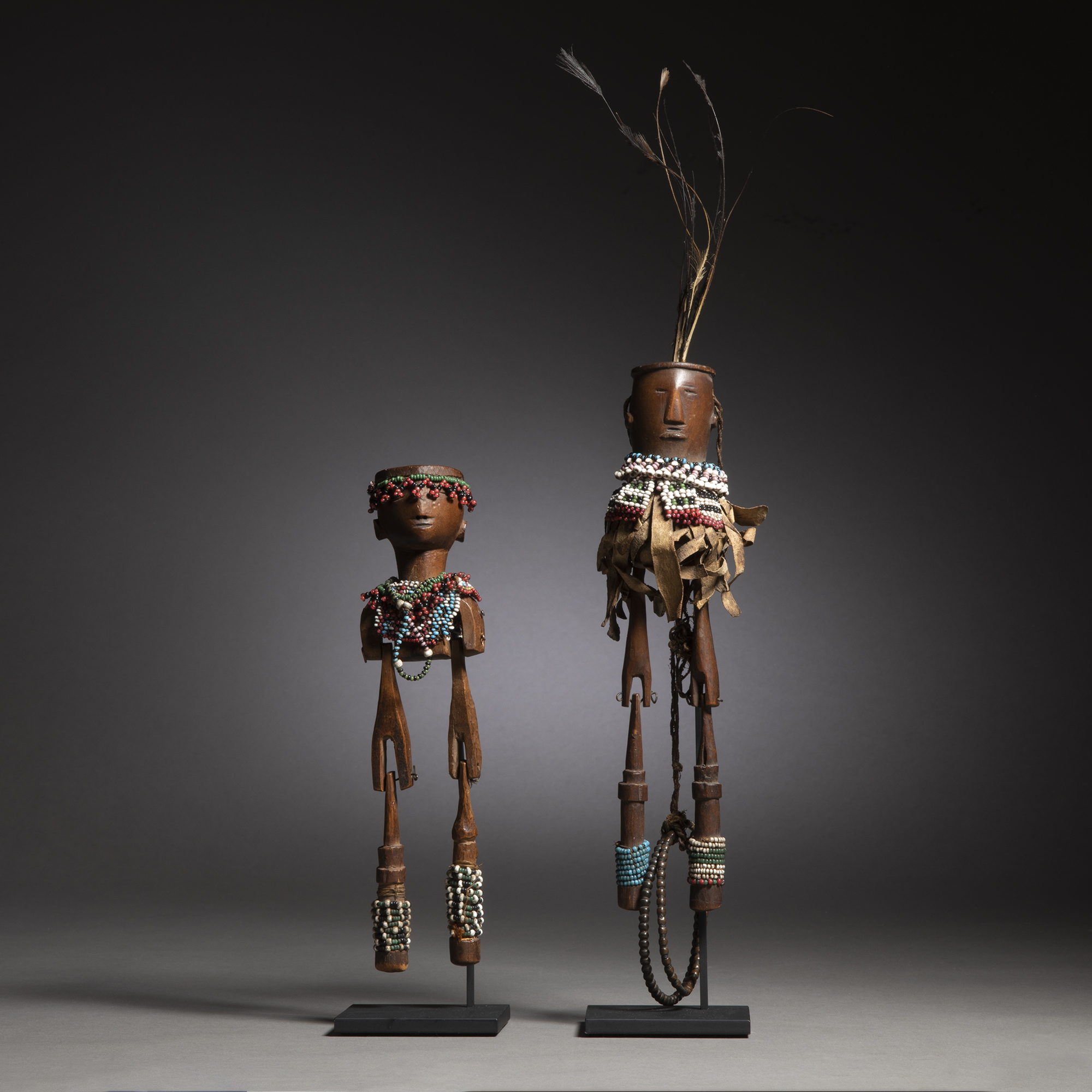 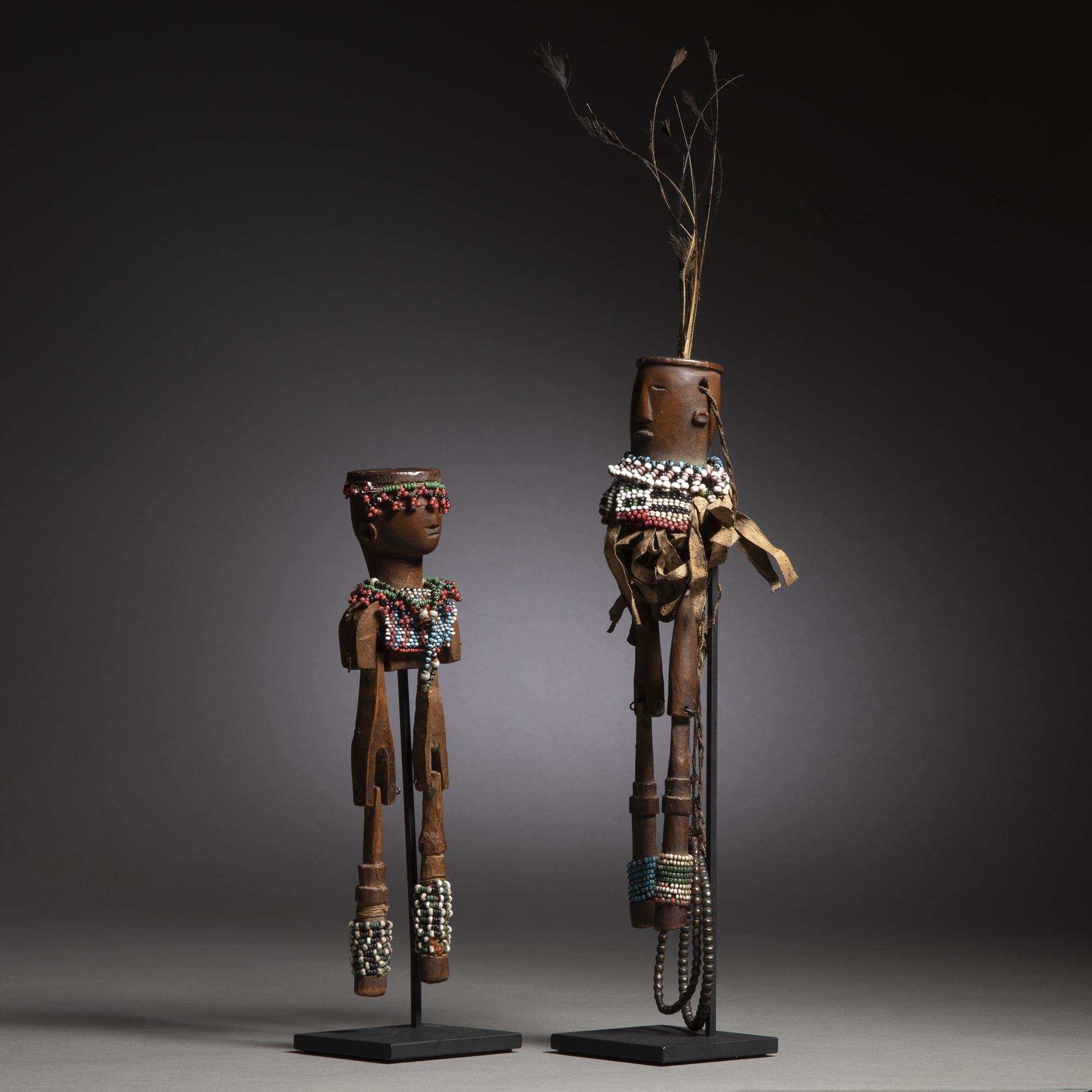 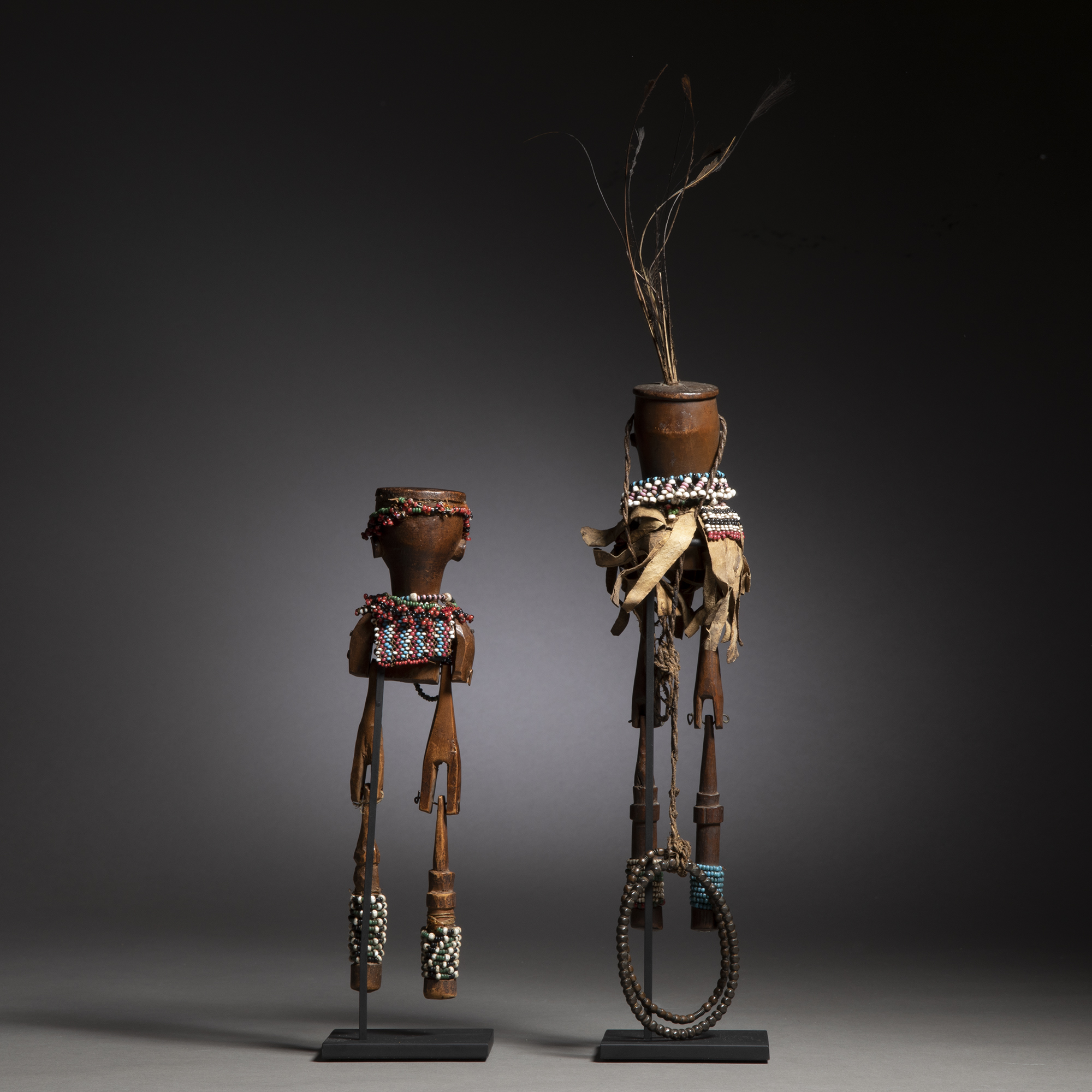 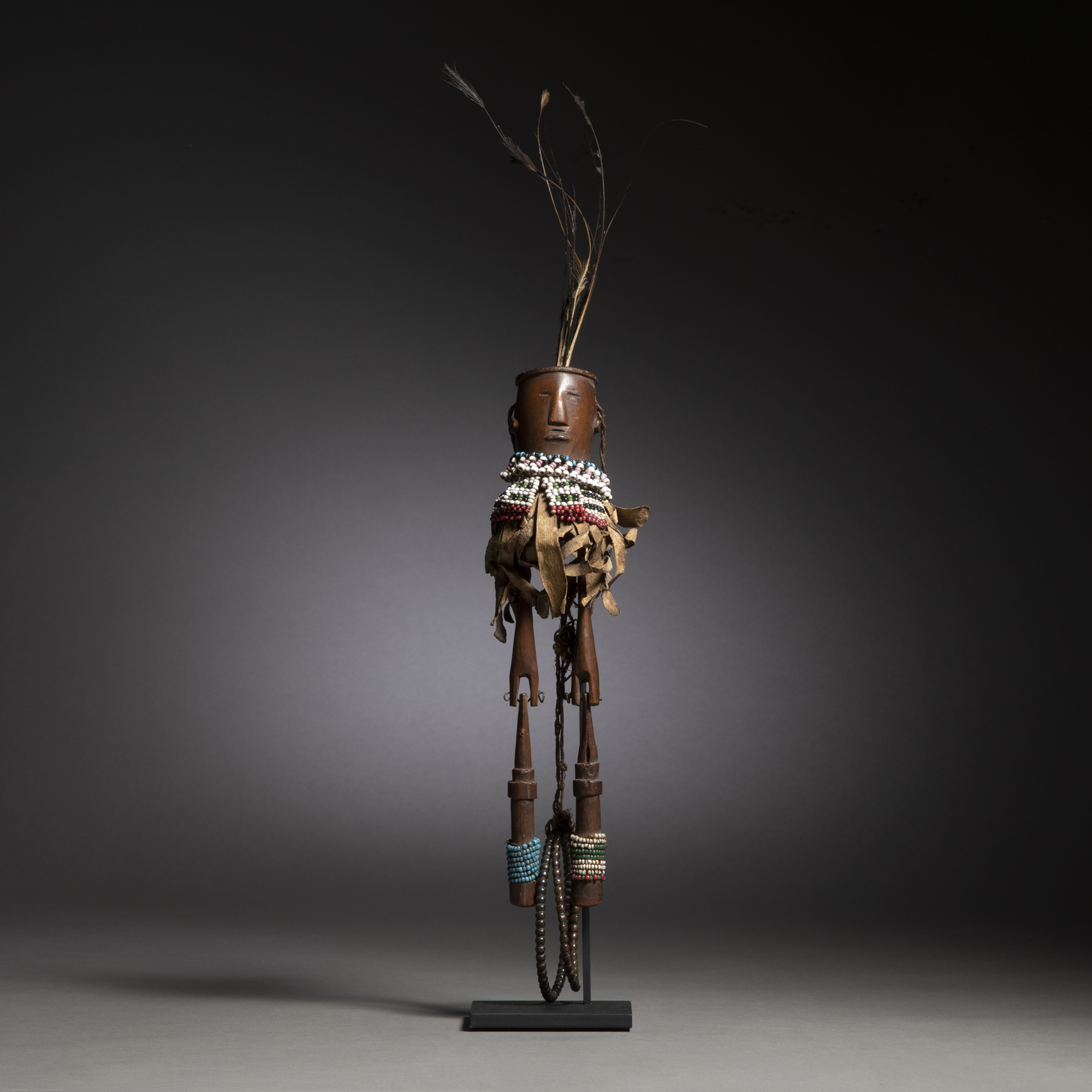 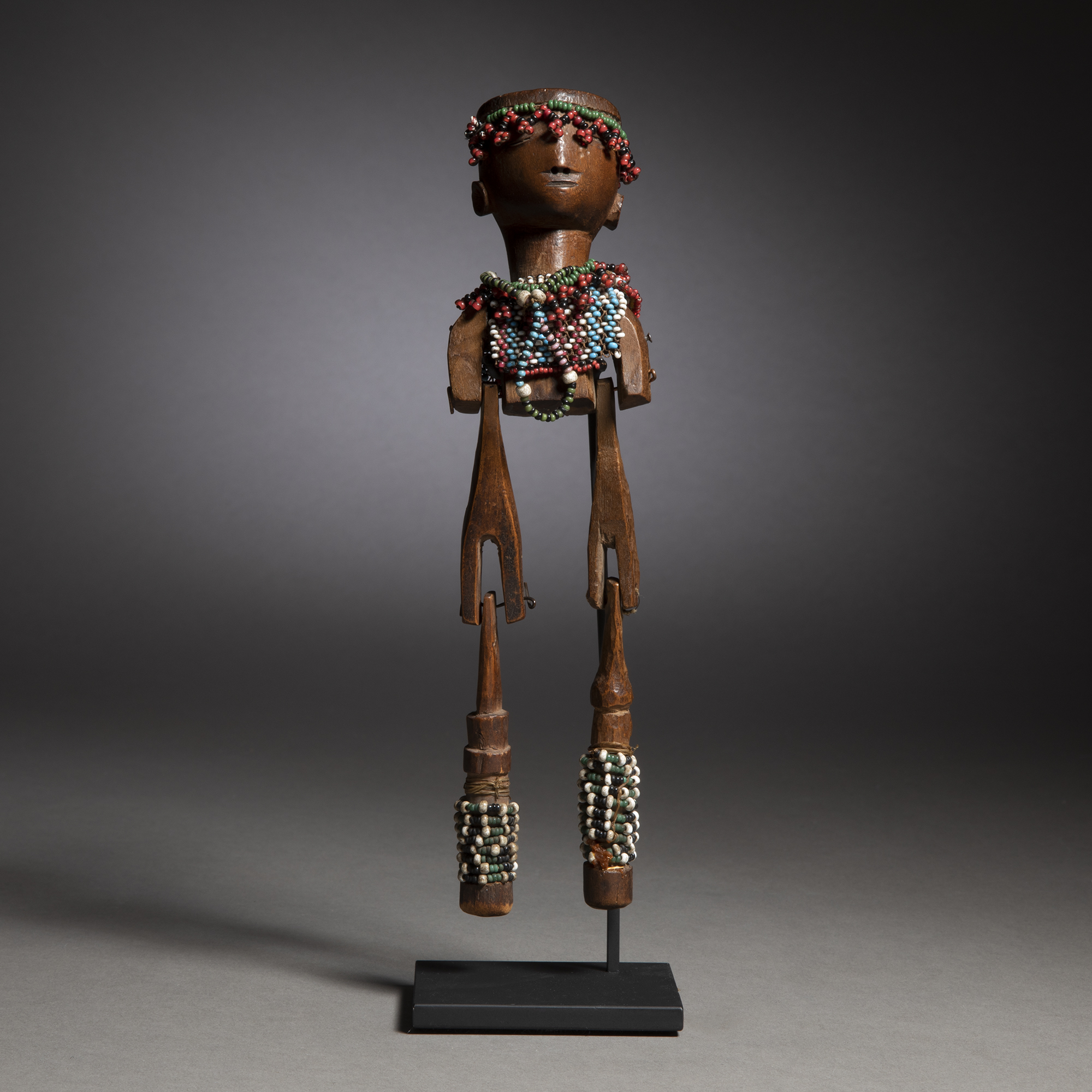