The art of the Arctic is full of animal representations, predominantly those of the sea mammals upon which human survival in those latitudes relies, such as the seal and the walrus. These animal images reflect a profound spiritual and existential bond between hunter and prey, and they were used both to propitiate the animal spirits and to empower their owners in the hunt.

The sleek, zoomorphic carving offered here is likely an important effigy implement used by a shaman in rites surrounding the hunting of seal. It is similar in form to a wound plug, a tool carried by Eskimo hunters that was inserted into the wounds of struck game to preserve their blood for later use. Alternatively, it may be a throat plug, which prevented the animal from filling with water and sinking as it was being pulled to shore behind a kayak.

Above its incised muzzle, the wide-open, inlaid eyes of the seal lend a sense of active awareness and lively character to the piece. From the underside projects a small half-loop to which are attached a group of three charm-like carvings. These also depict seal imagery and may have functioned as a rattle to accompany the movements of the shaman. 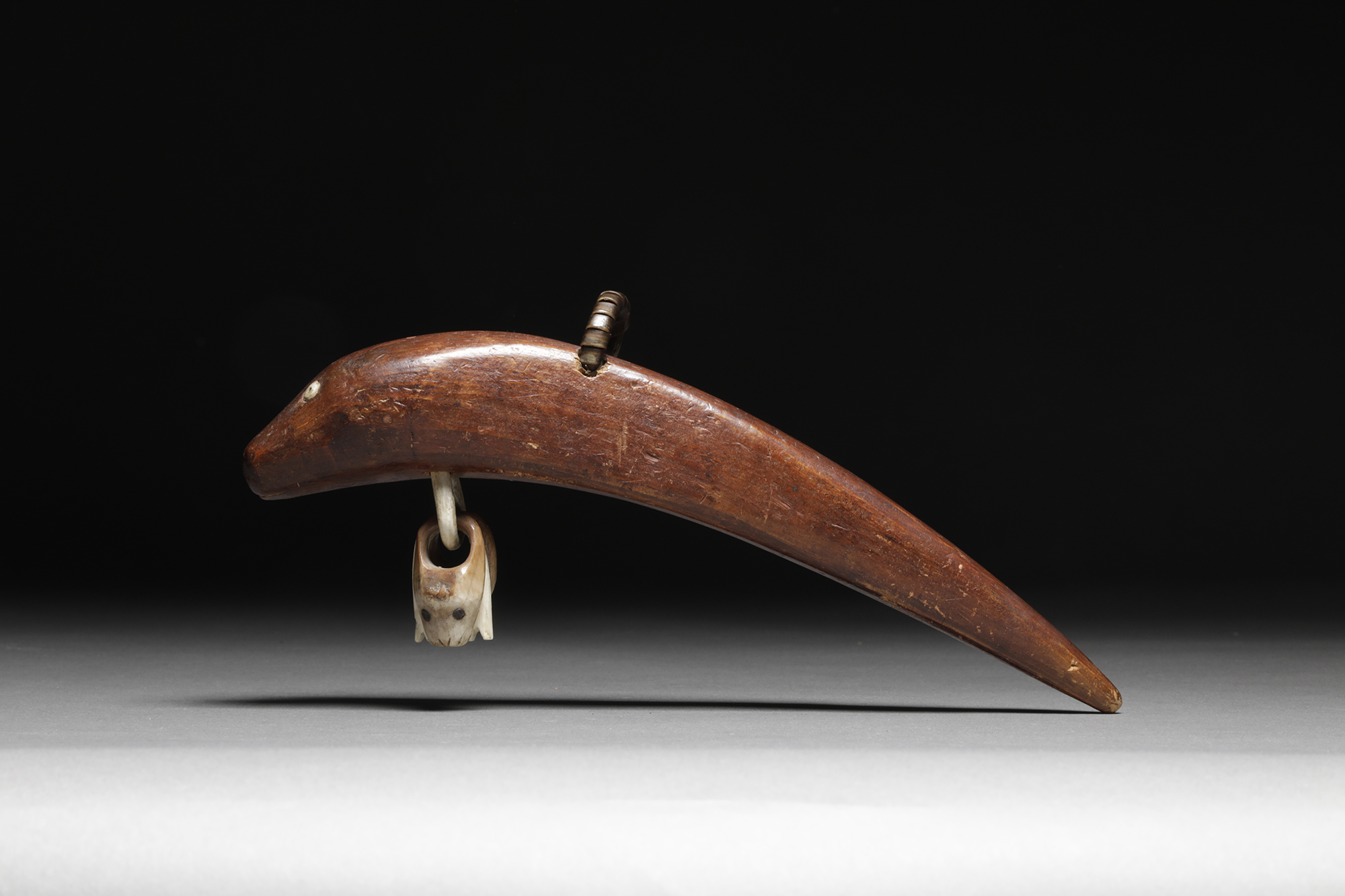 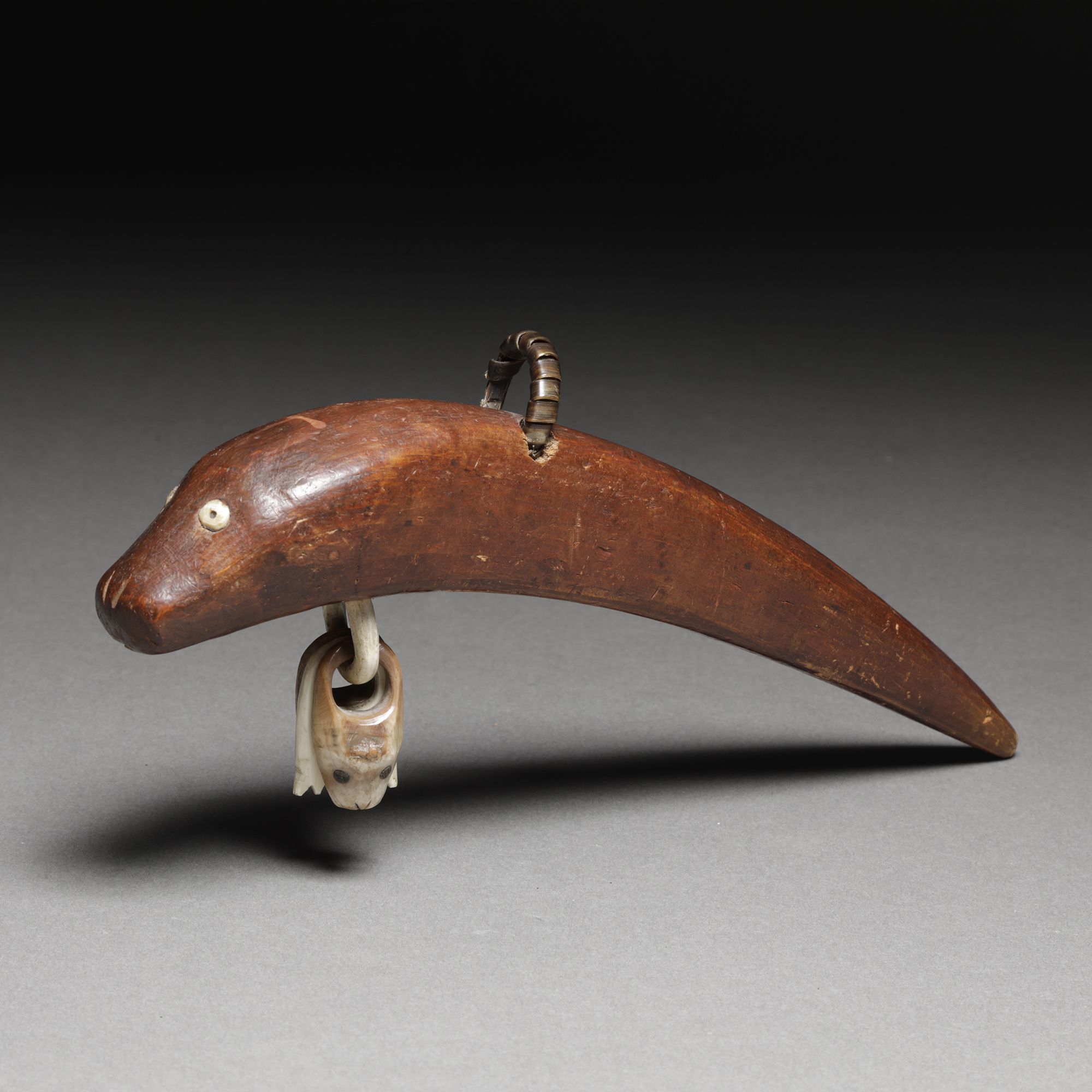 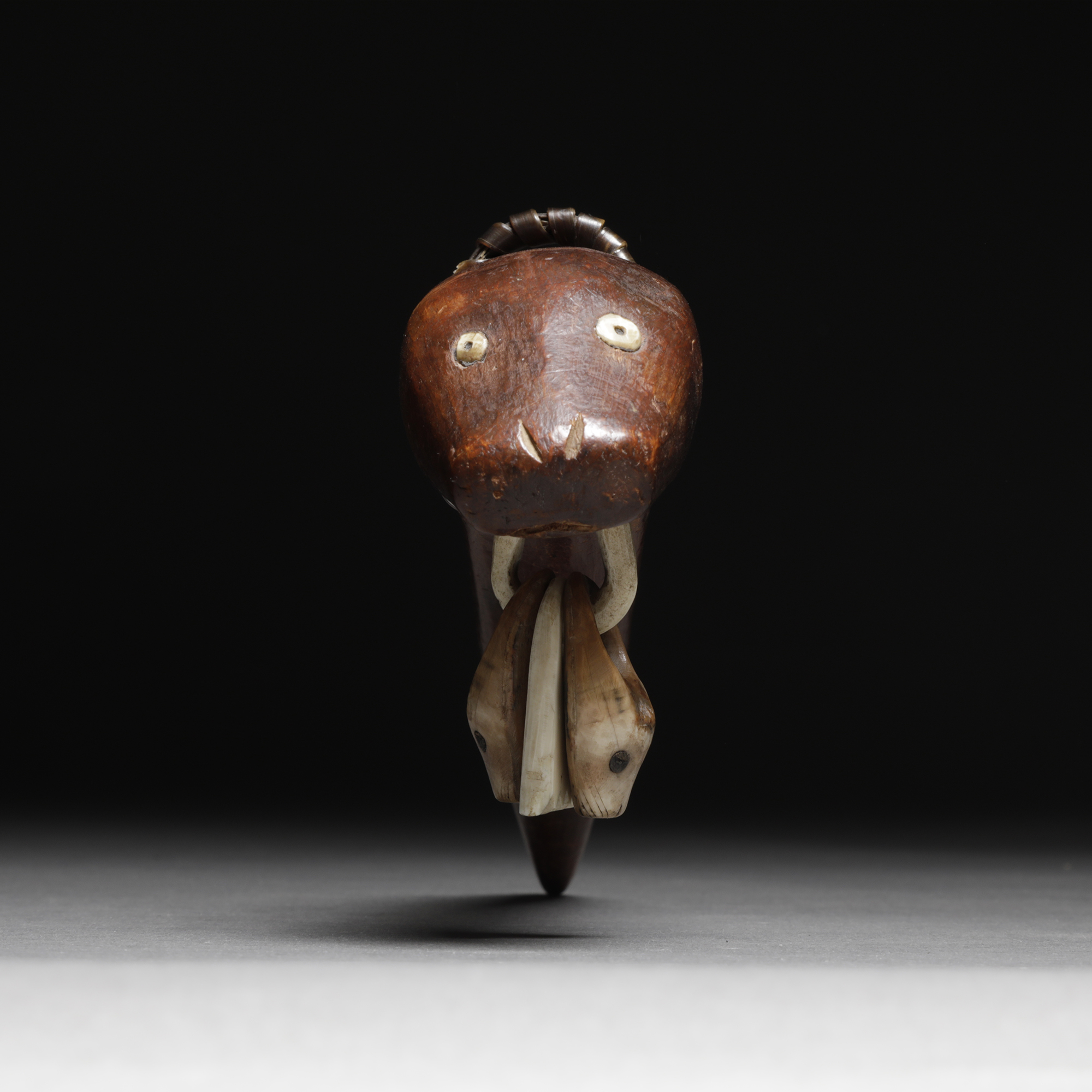