Ubiquitous in southern African societies, headrests were prized and revered as indispensable items, not only for their protection of carefully maintained coiffures during sleep but also in their spiritual role as conduits of communication with ancestor spirits.

The central panel of this Zimbabwean headrest is dominated by two concentric circle designs, each surrounded and joined by areas of asymmetrically carved angular and linear motifs. The symbol of the triangle is reproduced and echoed throughout.  Each side of the rest shows unique details and two distinct approaches to the theme, carved with a vigorous, almost improvisational feeling in the organically spreading and compacting groups of incisions. An original, intact cord remains attached to the rest, which is very rarely seen.

The traditional circular motifs carved into this rest have been discussed by many scholars, and their symbolism is deeply connected with images and metaphors of the female. They may allude to female scarification marks (myora) and ndoro shells, calling to mind the ancestors (mudzimu/mhondoro) and the women who guarantee fertility. Alternatively, they may suggest breasts, or perhaps the concentric ripples caused by a stone dropped into a body of water. Further references to the female can be found in the form of the rest’s base, composed of two round, swelling disks joined by a triangular ‘pubis’. While the meaning of these details remains debated, the overall gestalt of the piece is reminiscent of an abstract female form.

In good condition. Some old cracks have been professionally restored. 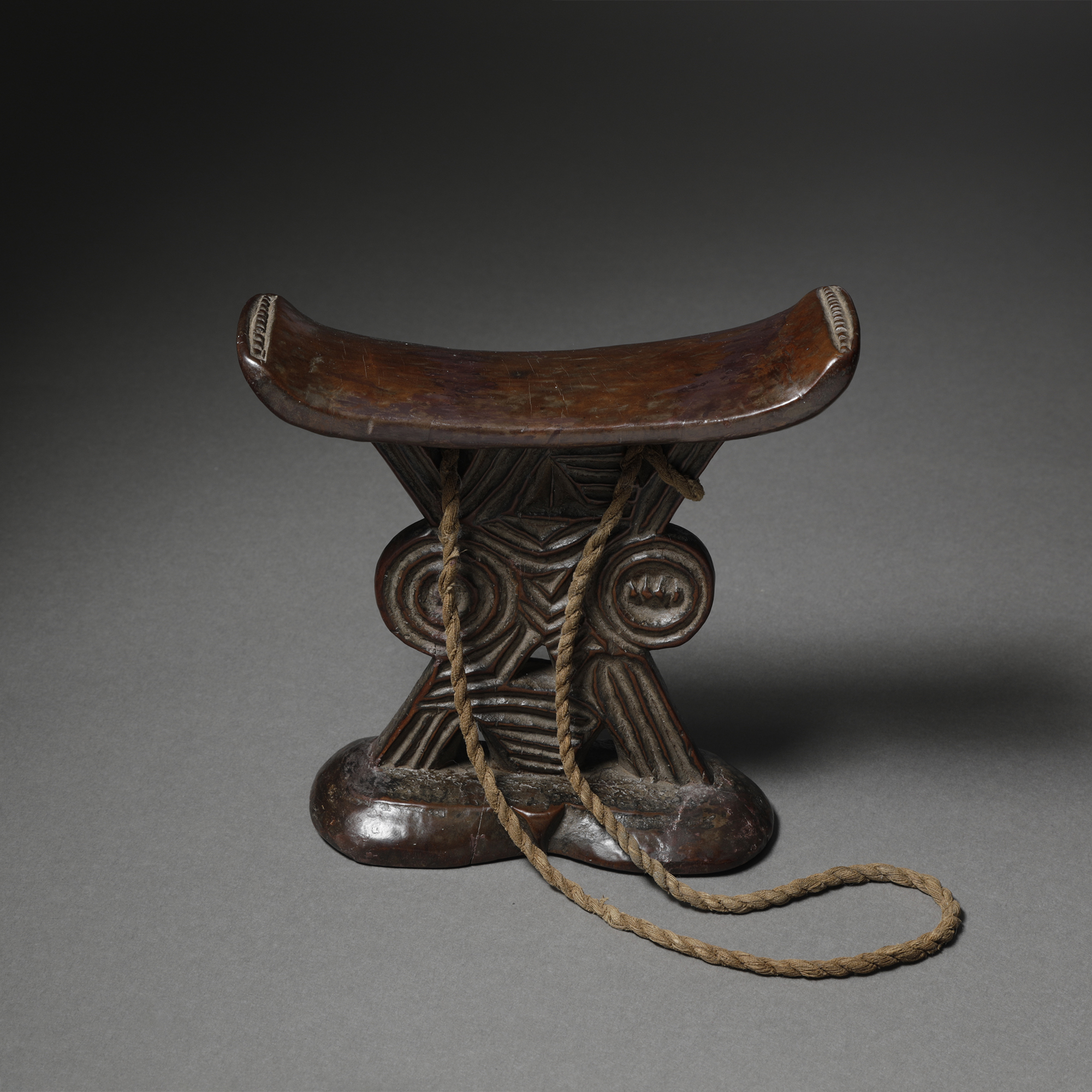 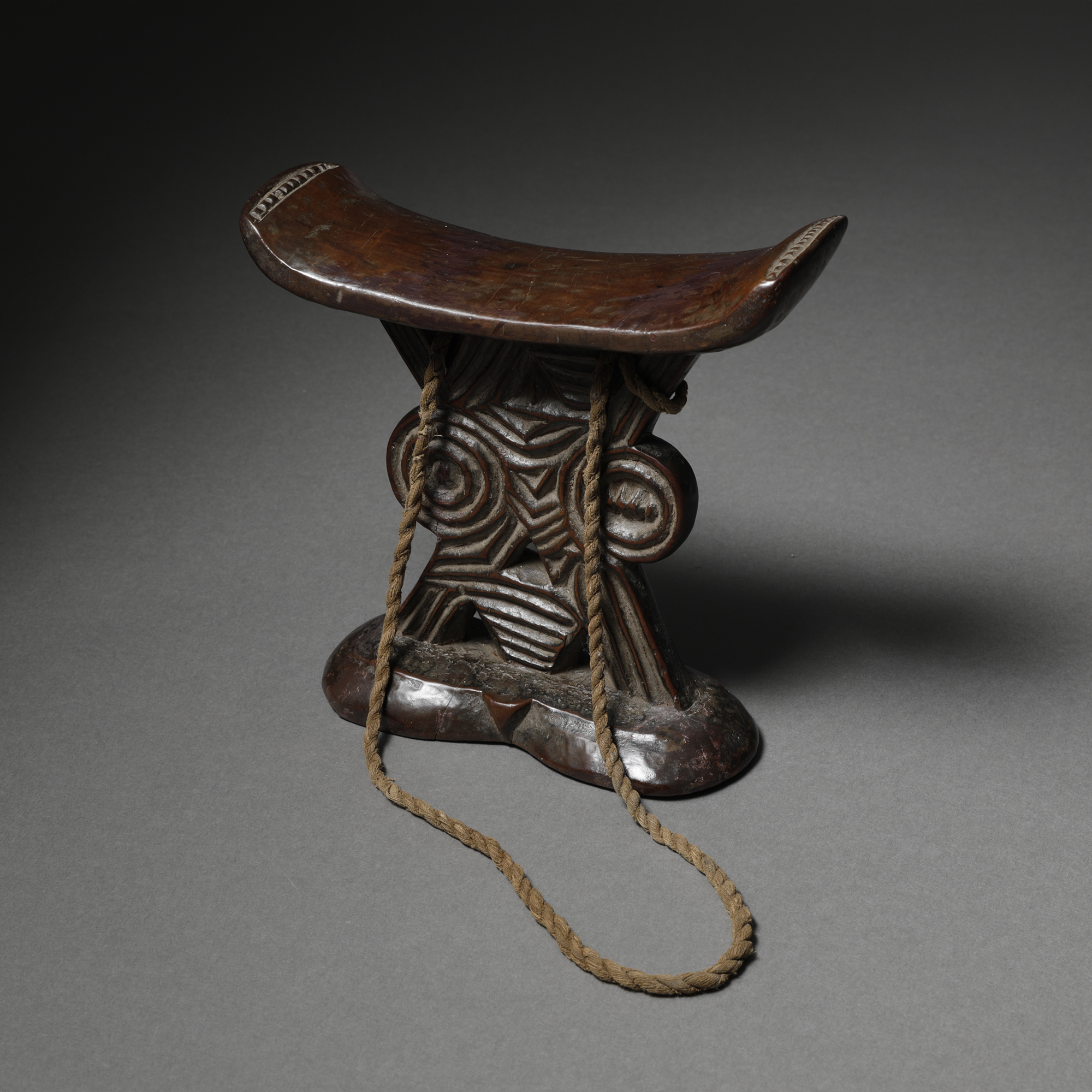 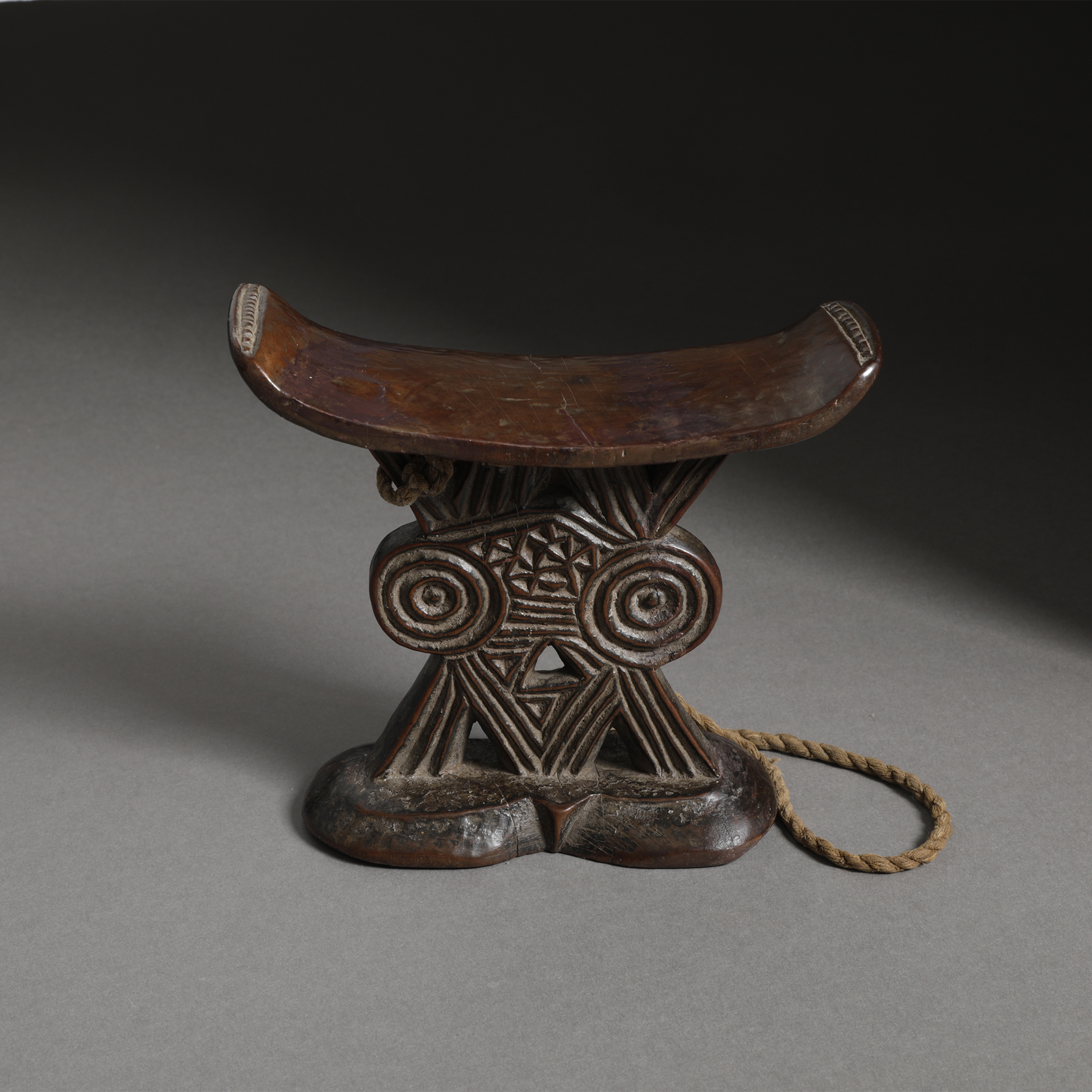