Sinew spinners have been dated as far back as the Old Bering Sea I period and were initially thought to be part of a friction drill. In his seminal work The Eskimo about Bering Strait, anthropologist Edward William Nelson describes seeing a similar spinner on St. Lawrence Island, describing its use as follows: “The sinew to be spun is attached to the flattened rod at the shoulder, just below the hole, and by a rapid circular motion of the hand the flattened rod is caused to revolve rapidly, giving the desired twisting to the cord.”

The example offered here presents a form quite reminiscent of a twentieth-century Modernist sculpture, consisting of three almost geometric forms interlocked in an asymmetrical arrangement. A deep patina and mottling of age texture its ivory surfaces, lending an organic touch to the abstract, utilitarian minimalism of the piece. 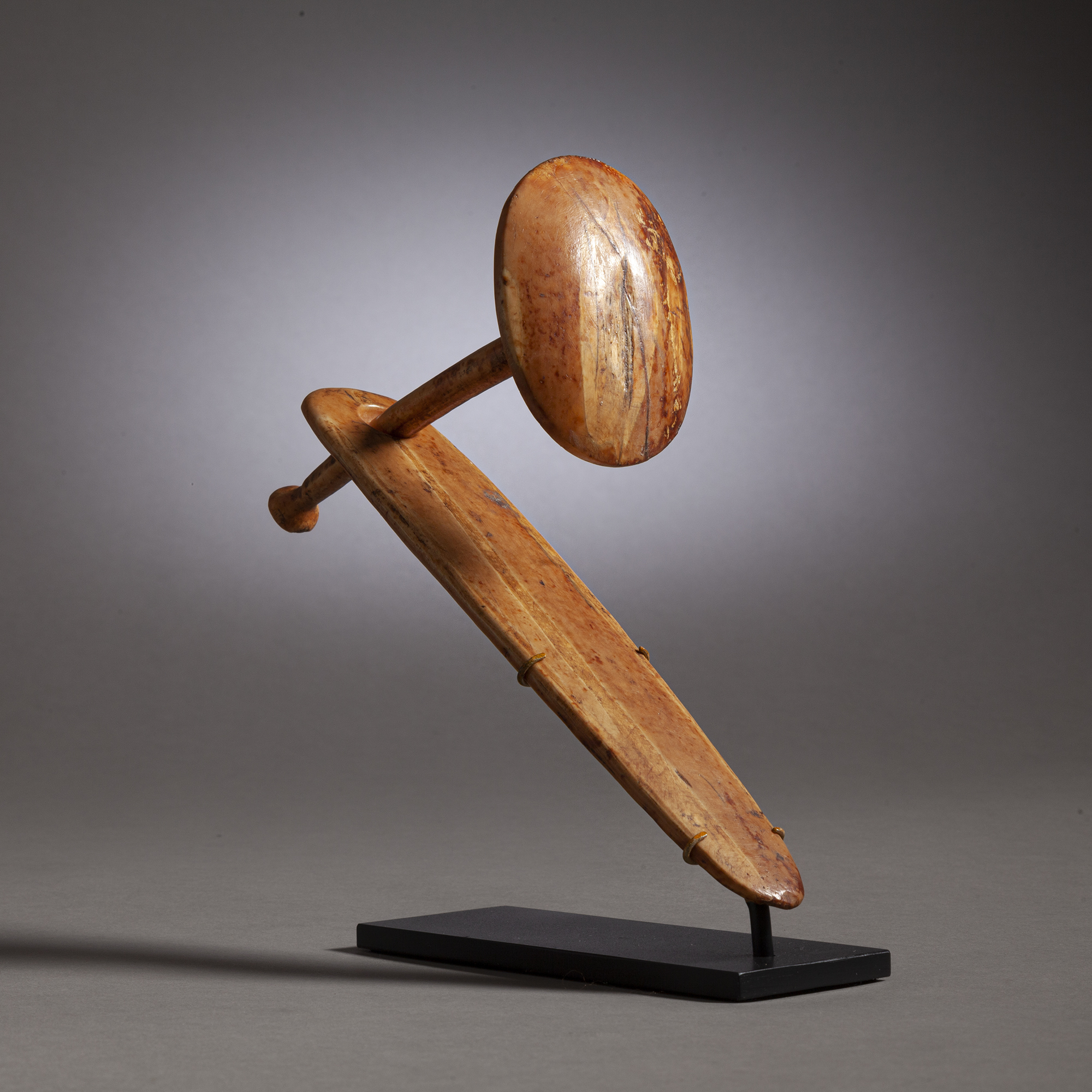 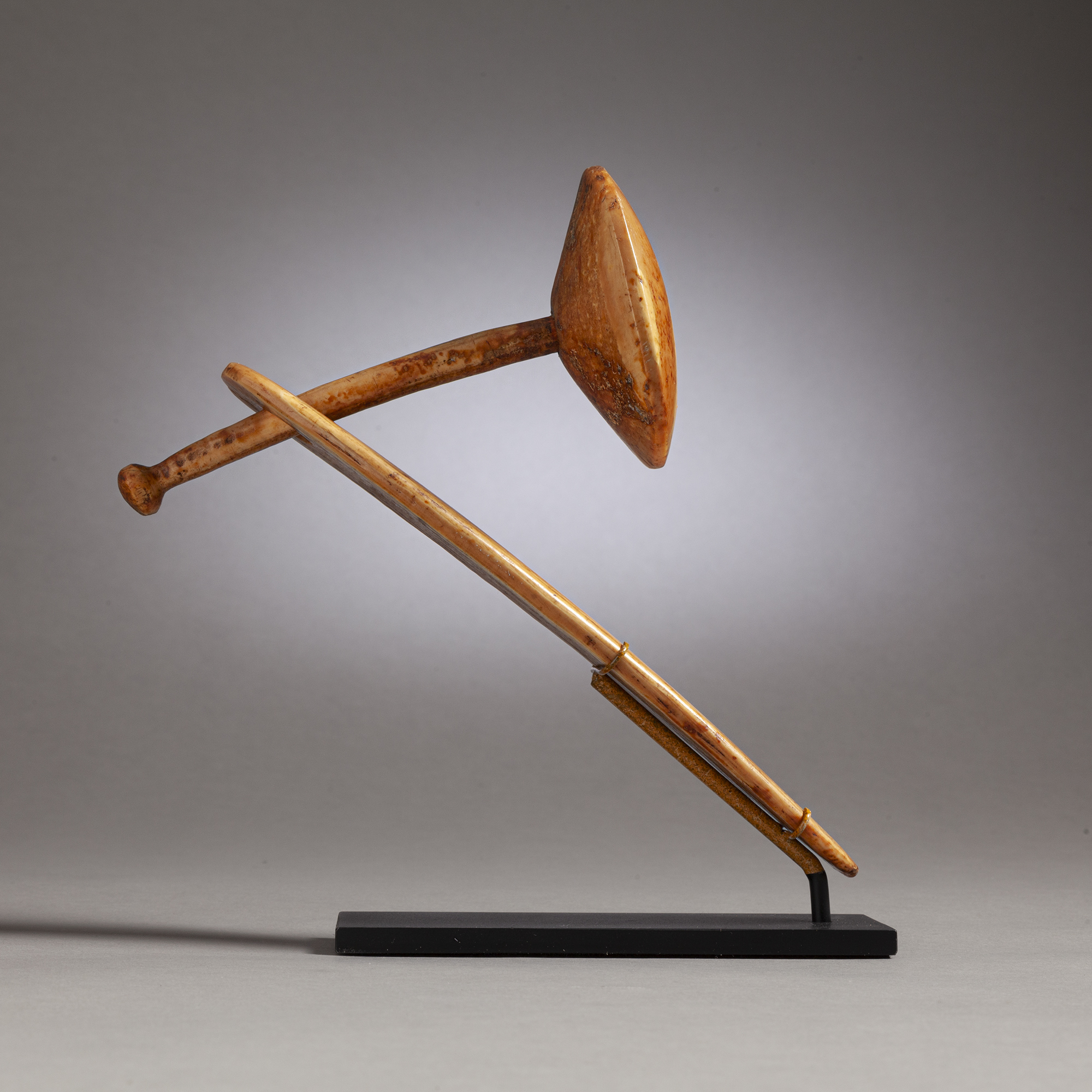 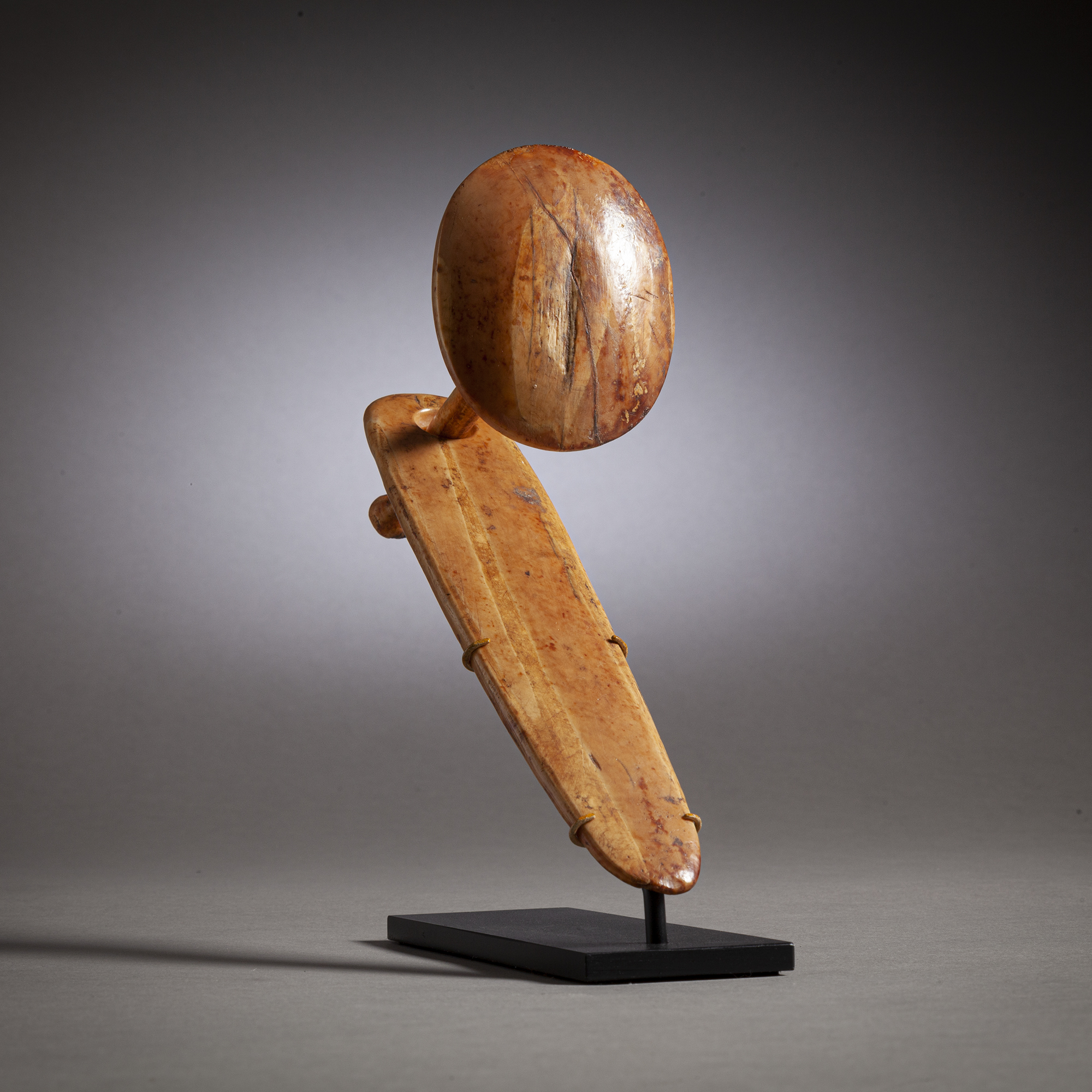