In a number of South African societies, beaded fertility dolls are made by women and given to young girls as part of their initiation rites. Their primary power and function is to promote conception, though their full significance is complex and highly personal, subject to a degree of secrecy. While they are considered children and are sensitively cared for by their young mothers, the manner of their adornment suggests the garb of an adult woman, expanding their symbolism to encompass not just a future child, but a new mother and a fully realized human being. The domed, cylindrical forms of these dolls’ heads and upper bodies have been suggested by some scholars to be phallic in nature, and the male principle being clothed in womanly garments can be seen as symbolizing both the union of the sexes and the merging of flesh and bones in the creation of new life.

The uses and customs of these dolls vary between cultures, but they commonly figure in dances, and sometimes play a role as courtship gifts. While they are cherished by their mothers for a significant period of time, until their first pregnancy or birth and sometimes beyond, they are never kept indefinitely. In some cases, the doll may be returned to the shrine of the spirit that activated it before the mother became pregnant.

The doll presented here is a particularly fine example due to its age, well-preserved condition, and rich layers of beadwork. 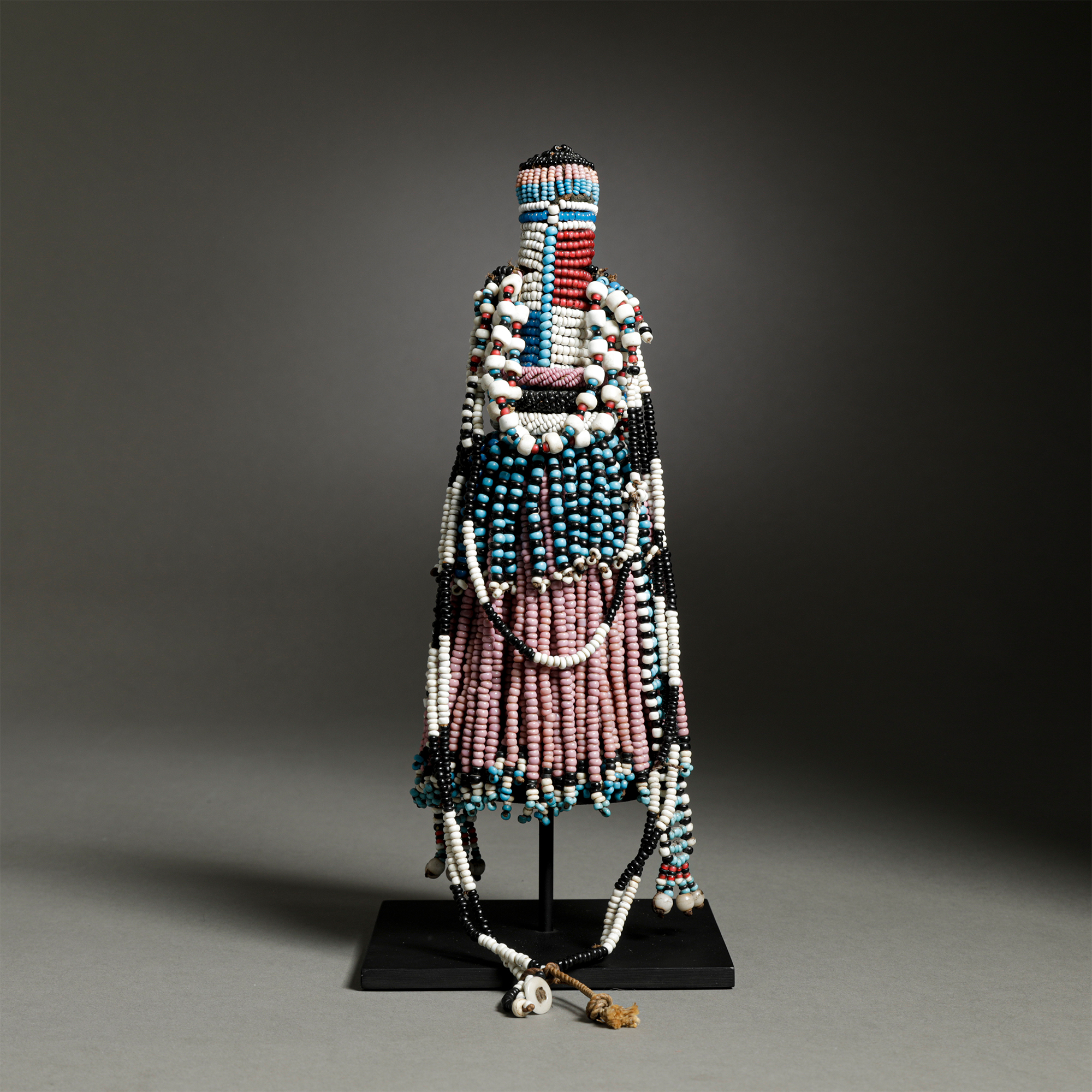 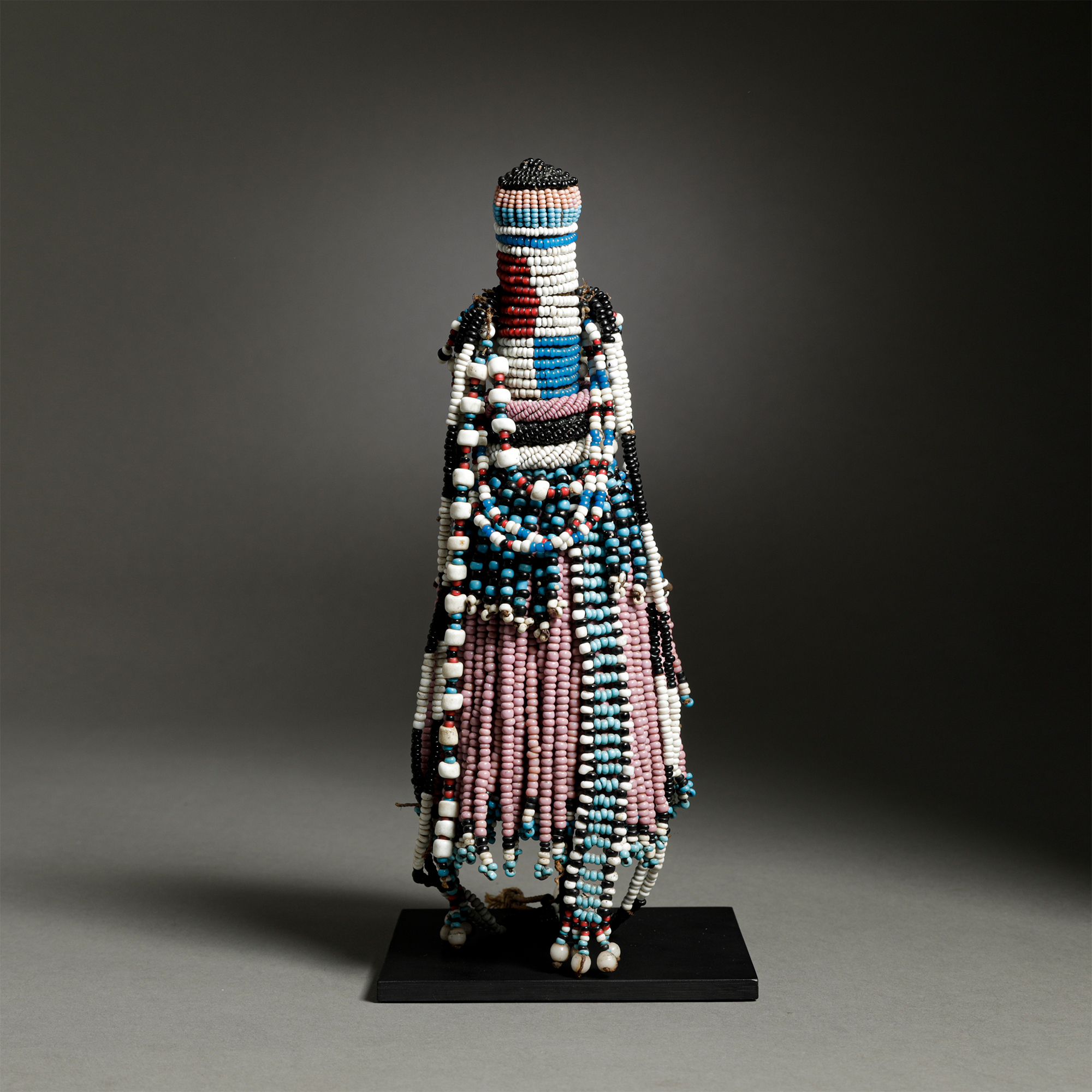 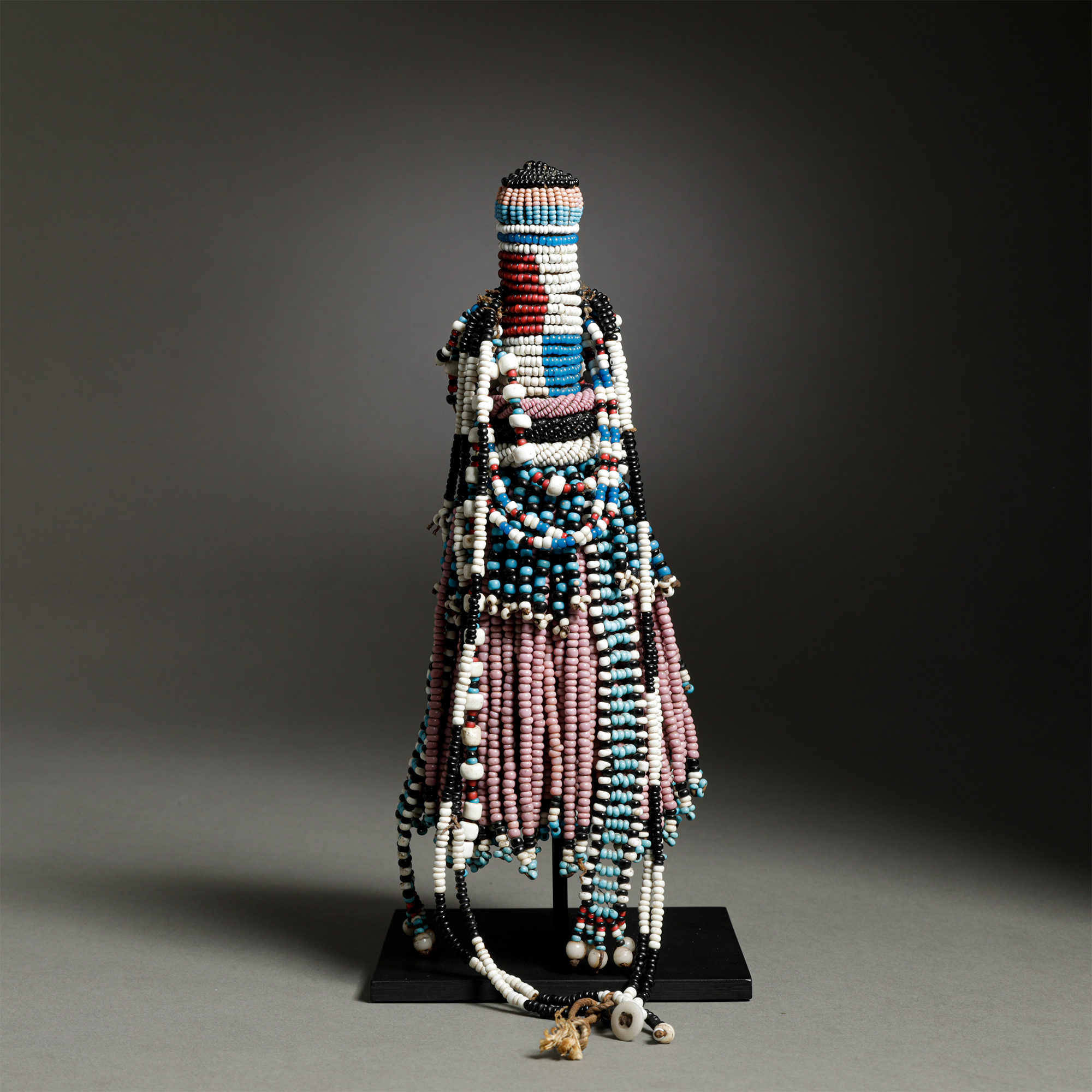