While sword-shaped wooden clubs were relatively common melee weapons in Massim territory, few of them show the refined details and elegant design boasted by the present example. Perhaps the first feature that catches the eye is the large openwork finial at the pommel, which depicts the sleek head of a sea bird, its stylized features rendered in relief and a small sphere, perhaps a berry, held in its beak. The club’s wide blade, reminiscent of a paddle, presents a beautifully carved, symmetrical relief design at its center. Here sinuous and volute motifs are symmetrically opposed around a narrow central band filled with a mesmerizing wave pattern. The arrow-like motifs may be abstract bird representations, echoing the iconography of the finial. A shallow, transverse line is found below the tip of the blade, segmenting it in a manner that suggests phallic symbolism and an evocation of male virility in the weapon. 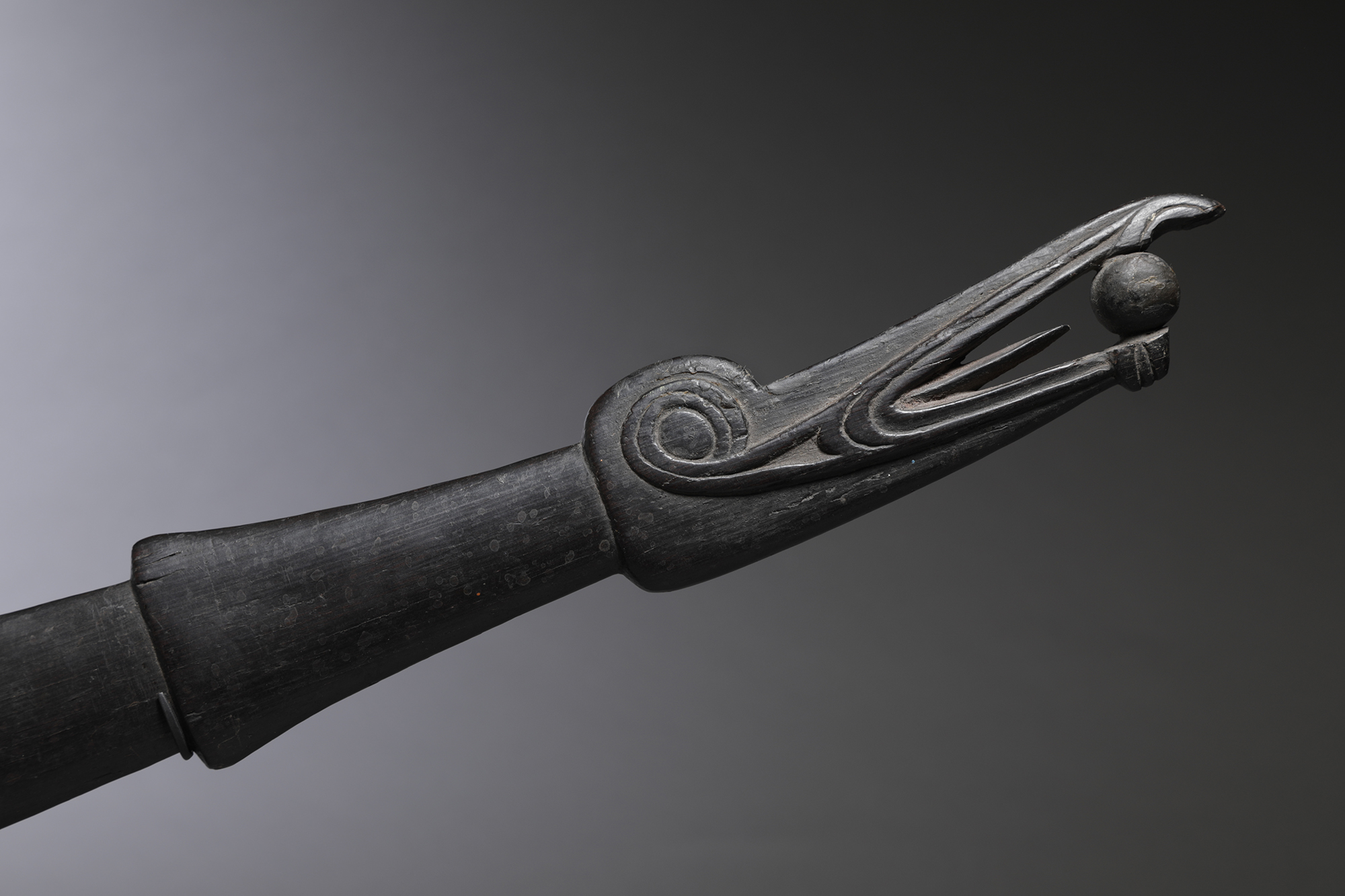 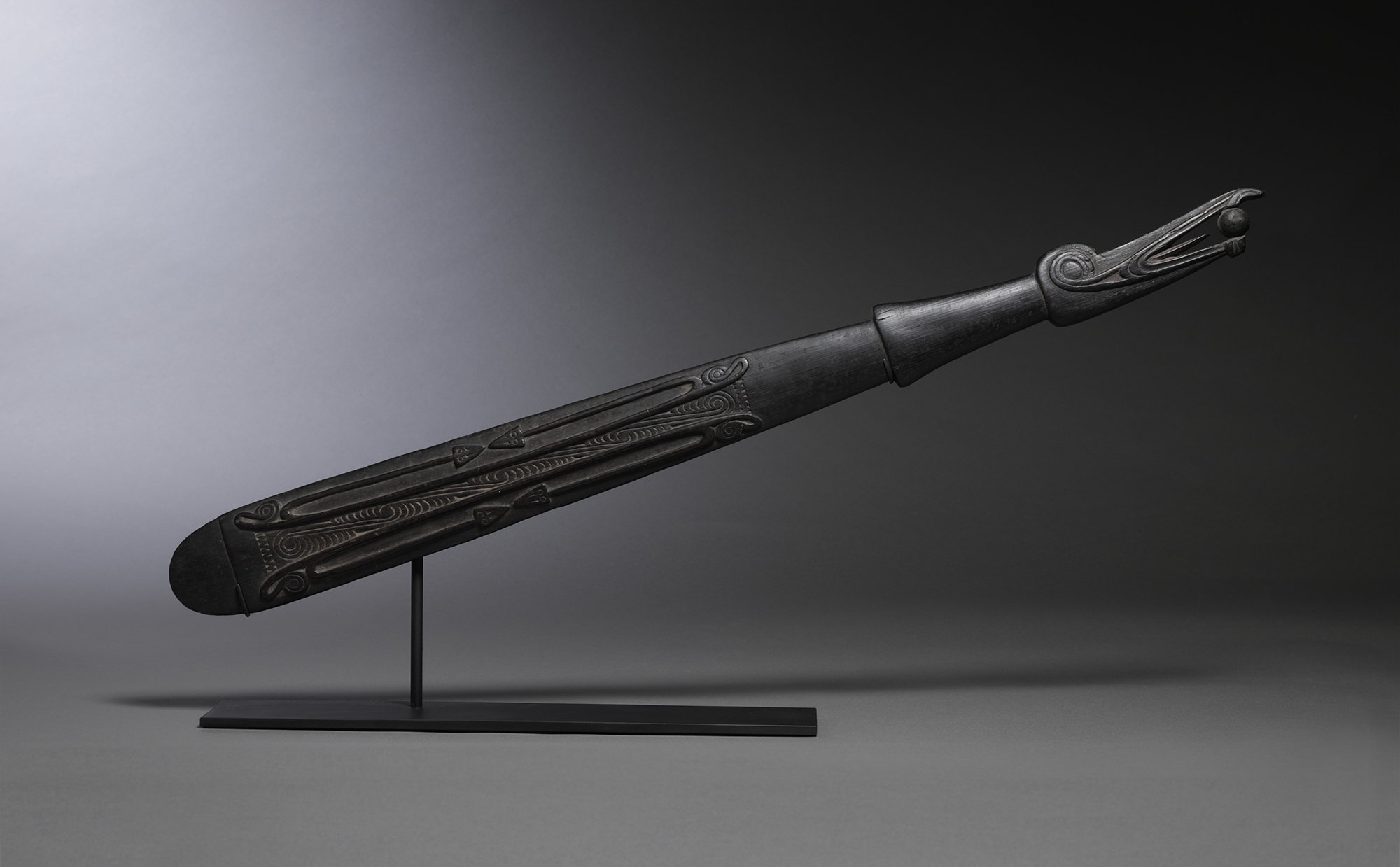 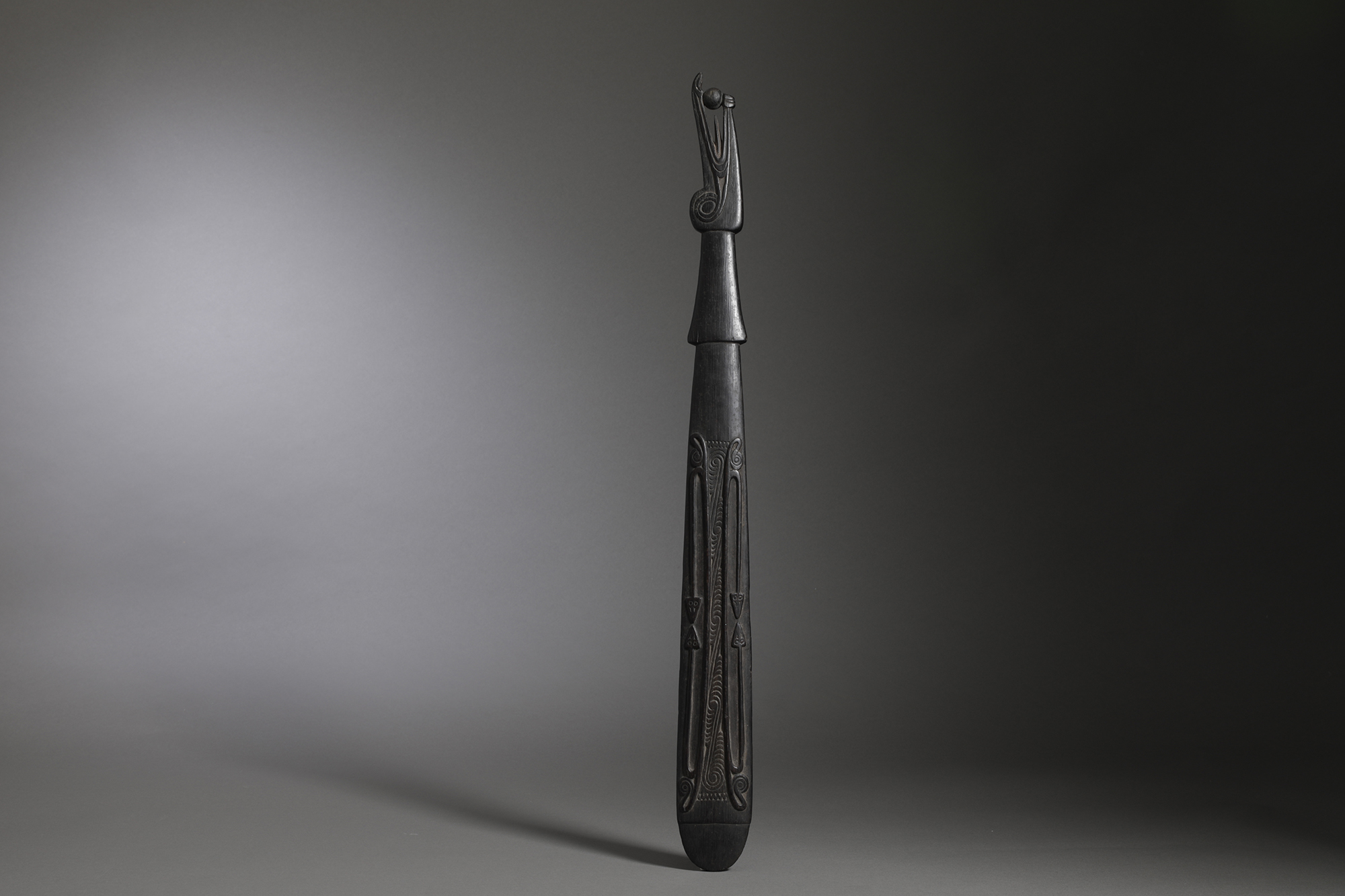 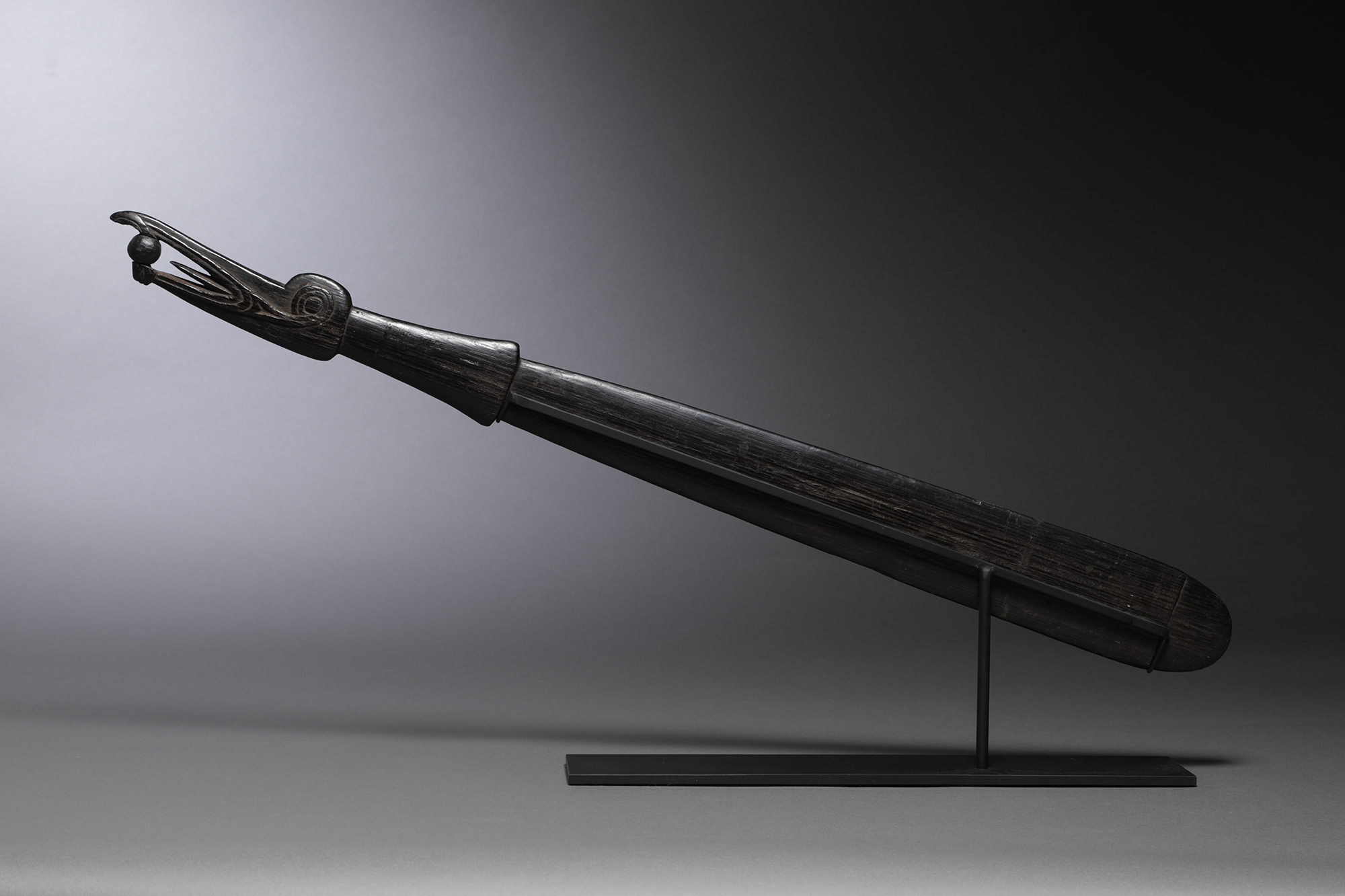 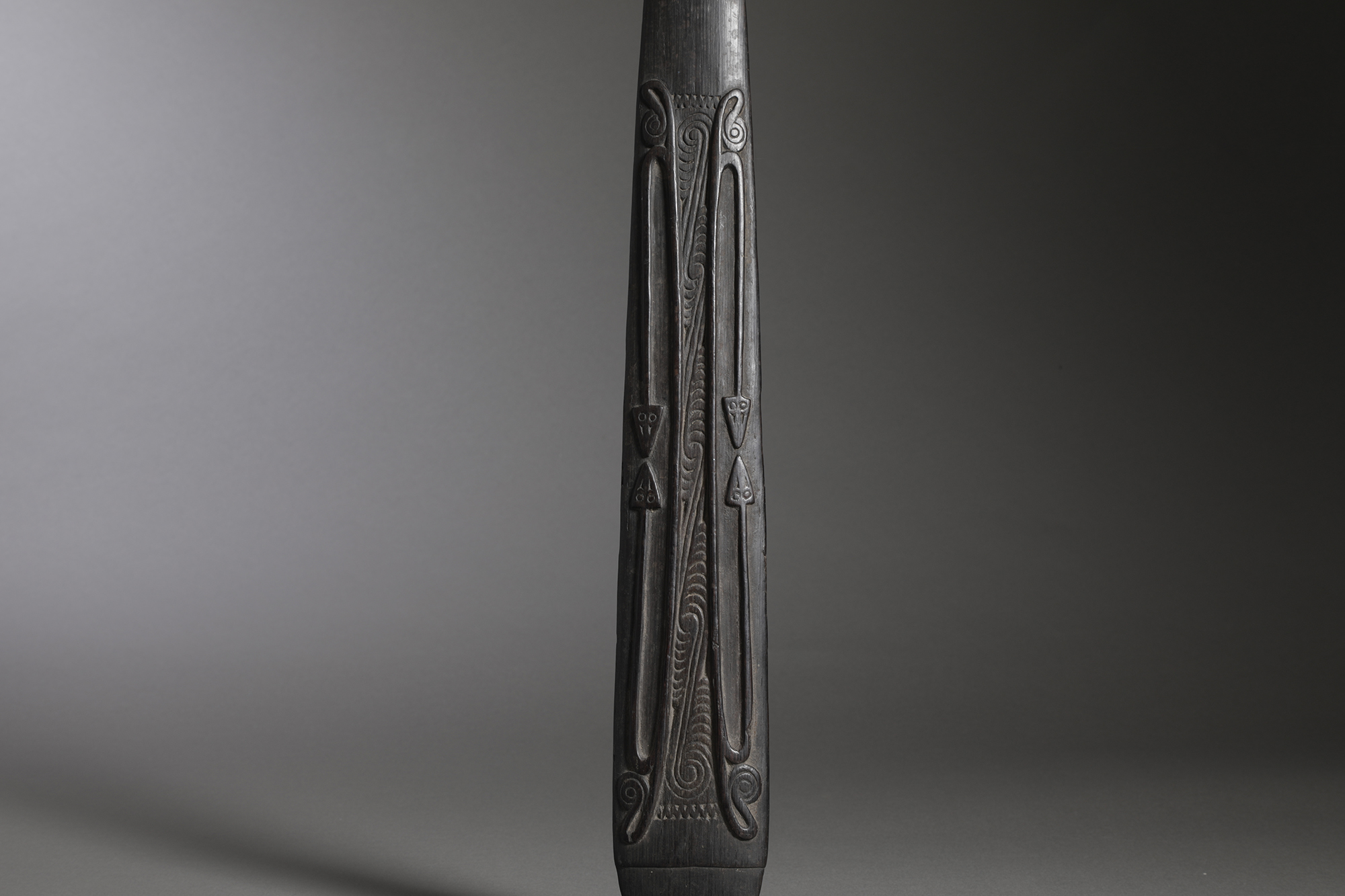