Nature, time, and a sensitive artistic eye conspire to conjure a ghostly aspect in this beautiful, excavated male figure. All the characteristics of this doll-like figure – the upturned face with features worn to only small eye sockets; a faint mouth and a mere suggestion of a nose; semi-abstracted limbs with arms fused to the torso; and the mottled surface of the ivory, which lends an impression of fog or clouds – contribute to its otherworldly aura. Curved incisions from the shoulders down to the center of the abdomen and sharp lines cut to delineate a band at the waist may describe a parka or other garb. The hands clasped behind the back may represent an older man braced against the Arctic wind or even a dance gesture. The enigmatic spirit of Arctic art is powerfully expressed in the depersonalized and stylized features of this small figure, portraying a human image seemingly on the verge of unknowable transformation.

Figures of this type are an ancient form with a lineage stretching back before recorded history. According to Fitzhugh and Kaplan (Inua: Spirit World of the Bering Sea Eskimo, 1982 : 156), they were carved for several purposes: to stand in for people absent from the village during festivals, to avert infertility, or else to focus the attention of animal inua (spirits) during the Doll Festival, which was held to bless hunting and fishing expeditions in the coming year. Among the Yup’ik, shamans used dolls in adulthood initiations and hung them in trees to foretell the location of game. Dolls were also carved by fathers and given to their daughters as playthings. 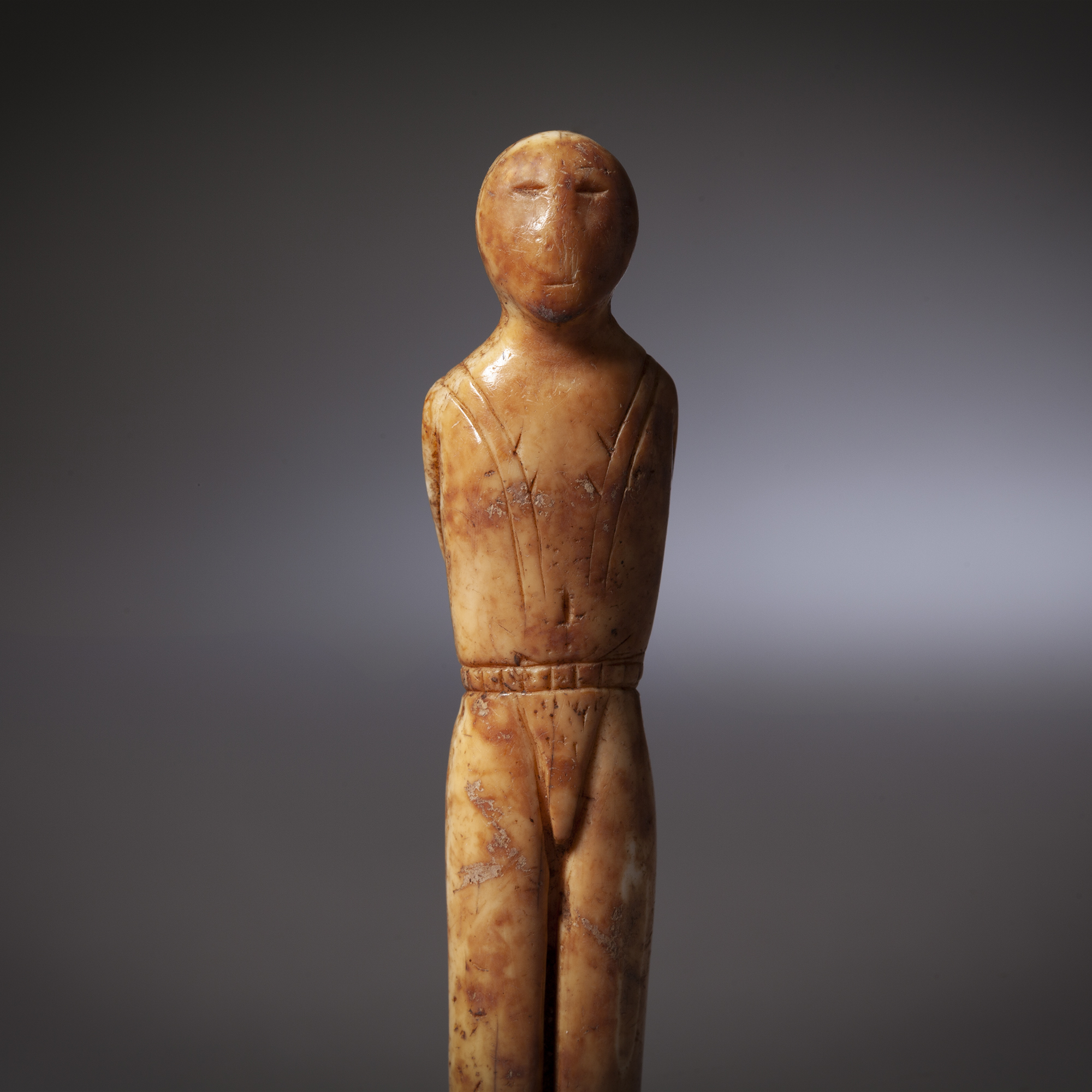 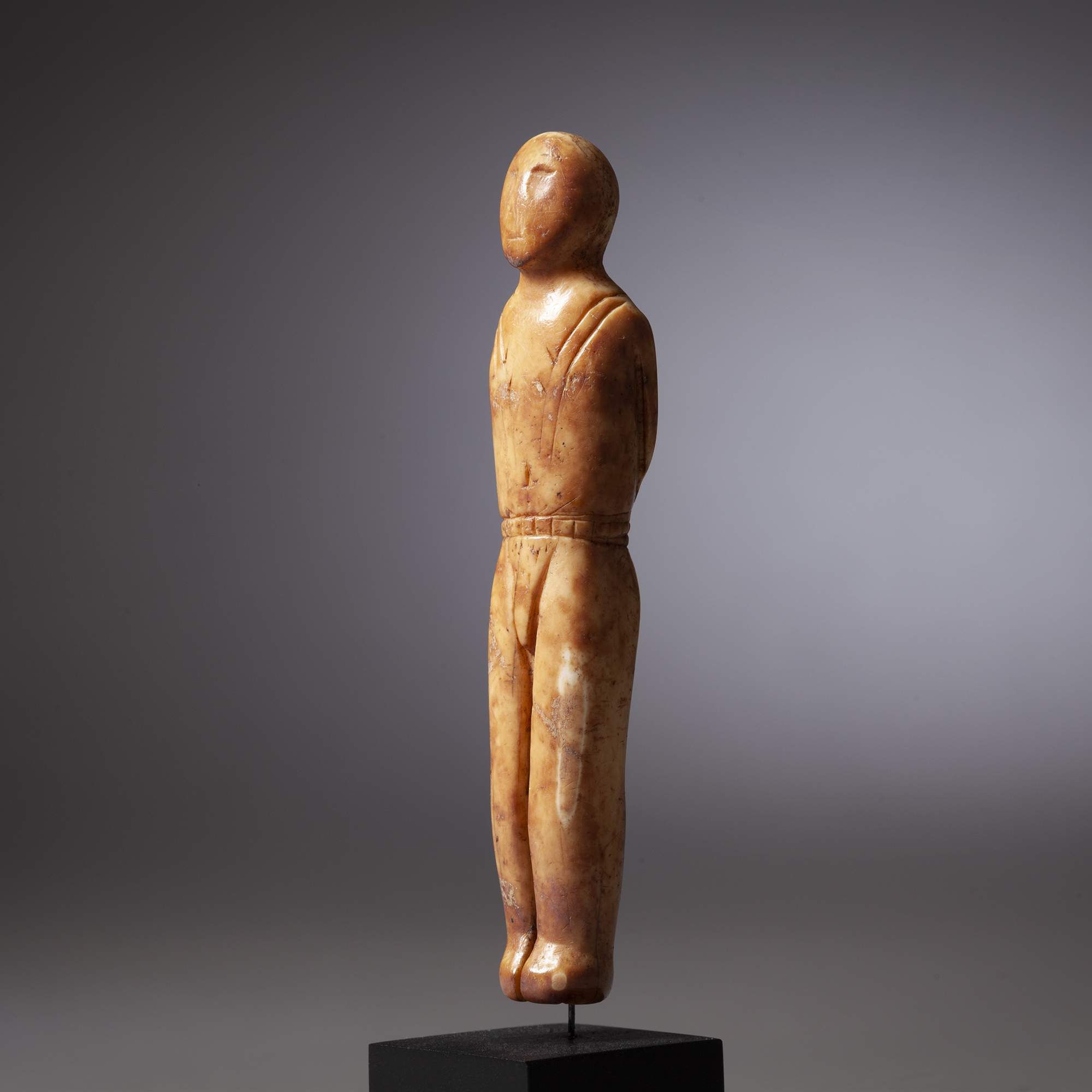 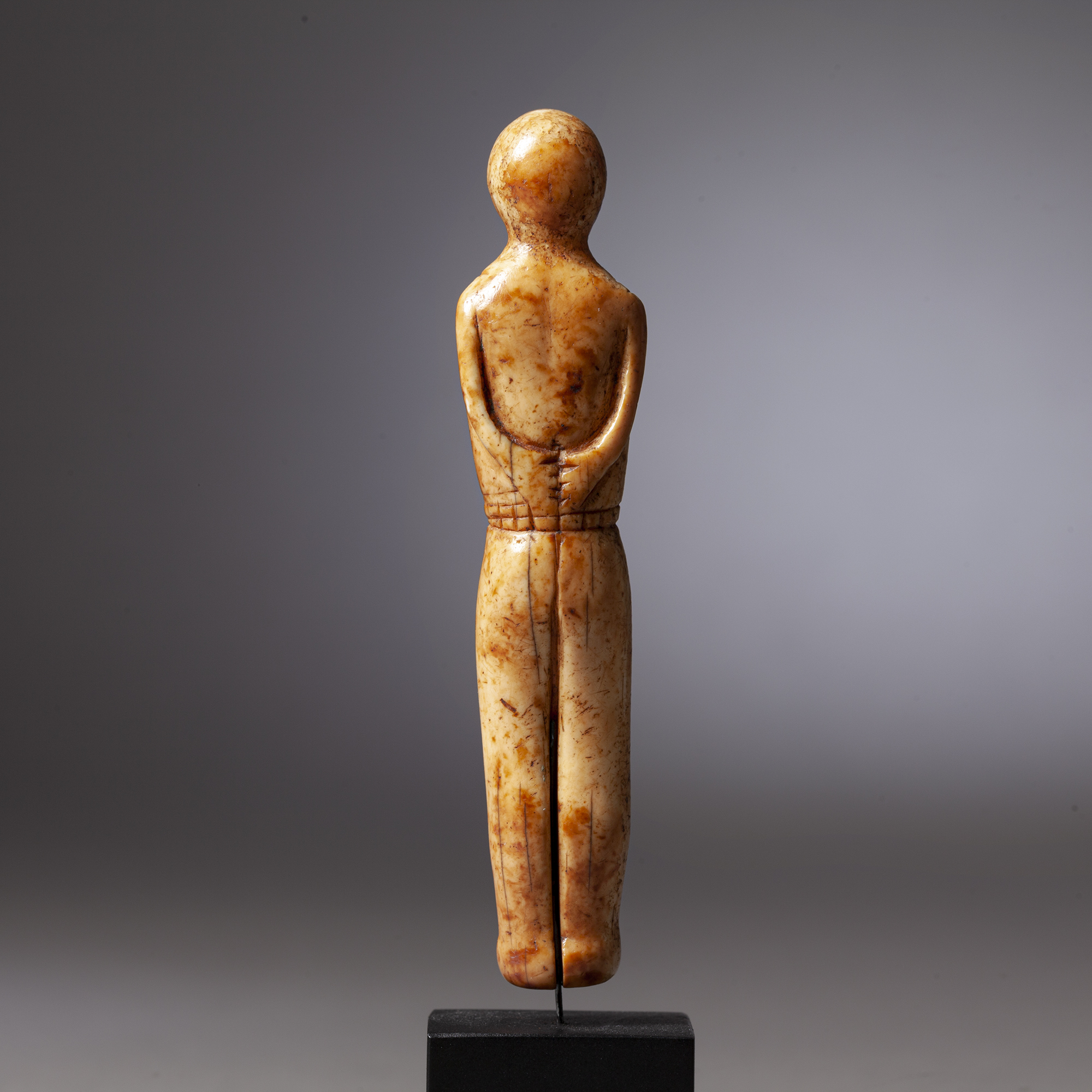 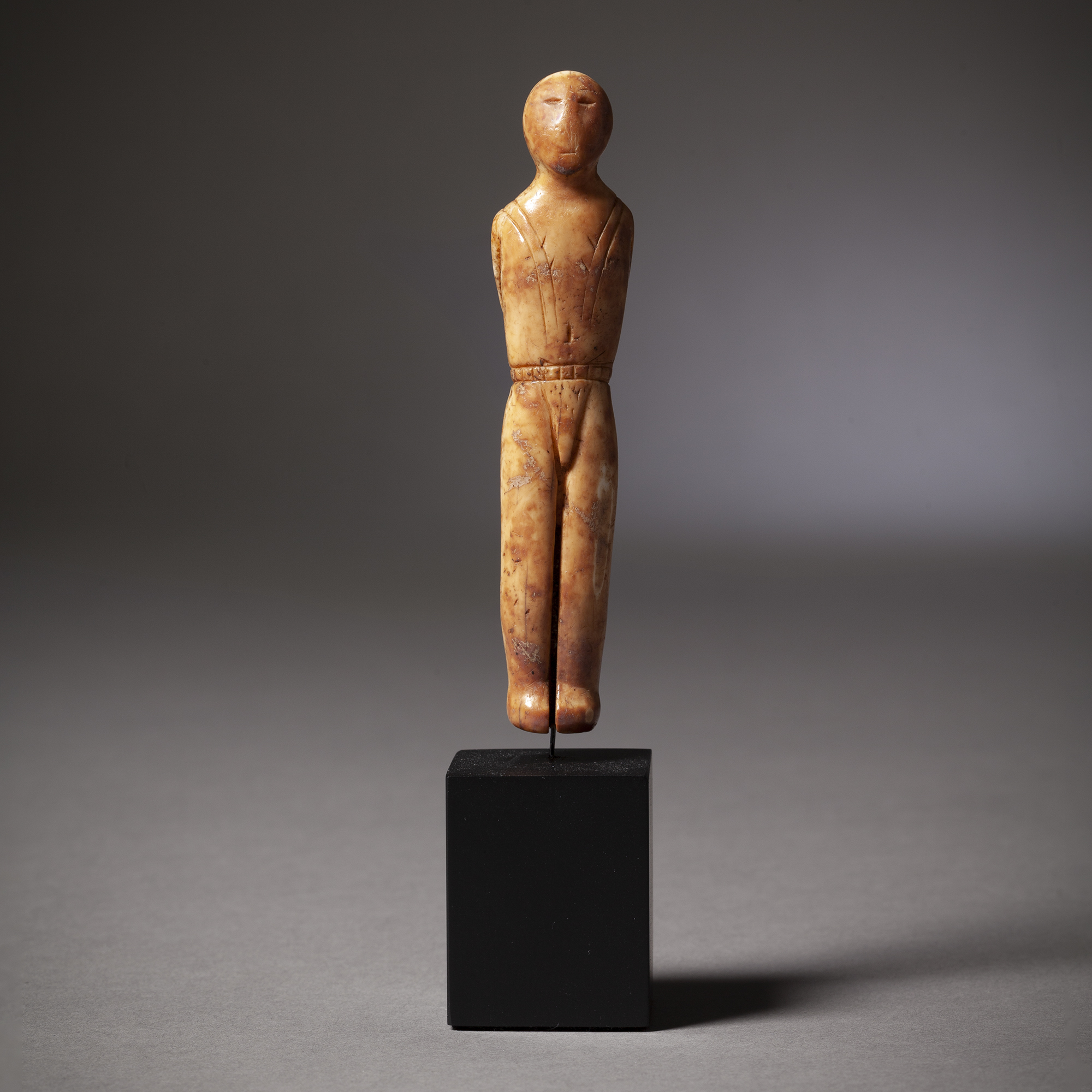