The combined effects of erosion and delicate artistry together lend an otherworldly aspect to this early excavated Thule figurine. That this figure was treasured by those who created and kept it is clearly evident, smoothed as it is from years of frequent handling. Some details, such as the incisions on the torso and waist describing a parka and belt, have been worn to mere suggestions, along with those of the figure’s face, which now shows a featureless dome pierced only by two eye holes. The sensitively carved body shows a fair degree of naturalism, though elegantly stylized with thinning to the arms and torso. The figure’s hands are fused to the hips, and most of the left arm has been lost.

‍
Figures of this type are an ancient form with a lineage stretching back before recorded history. According to Fitzhugh et Kaplan (Inua: Spirit World of the Bering Sea Eskimo, 1982 : 156), they were carved for several purposes: to stand in for people absent from the village during festivals, to avert infertility, or else to focus the attention of animal inua (spirits) during the Doll Festival, which was held to bless hunting and fishing expeditions in the coming year. Among the Yup’ik, shamans also used dolls in adulthood initiations and hung them in trees to foretell the location of game. Dolls were also carved by fathers and given to their daughters as playthings. 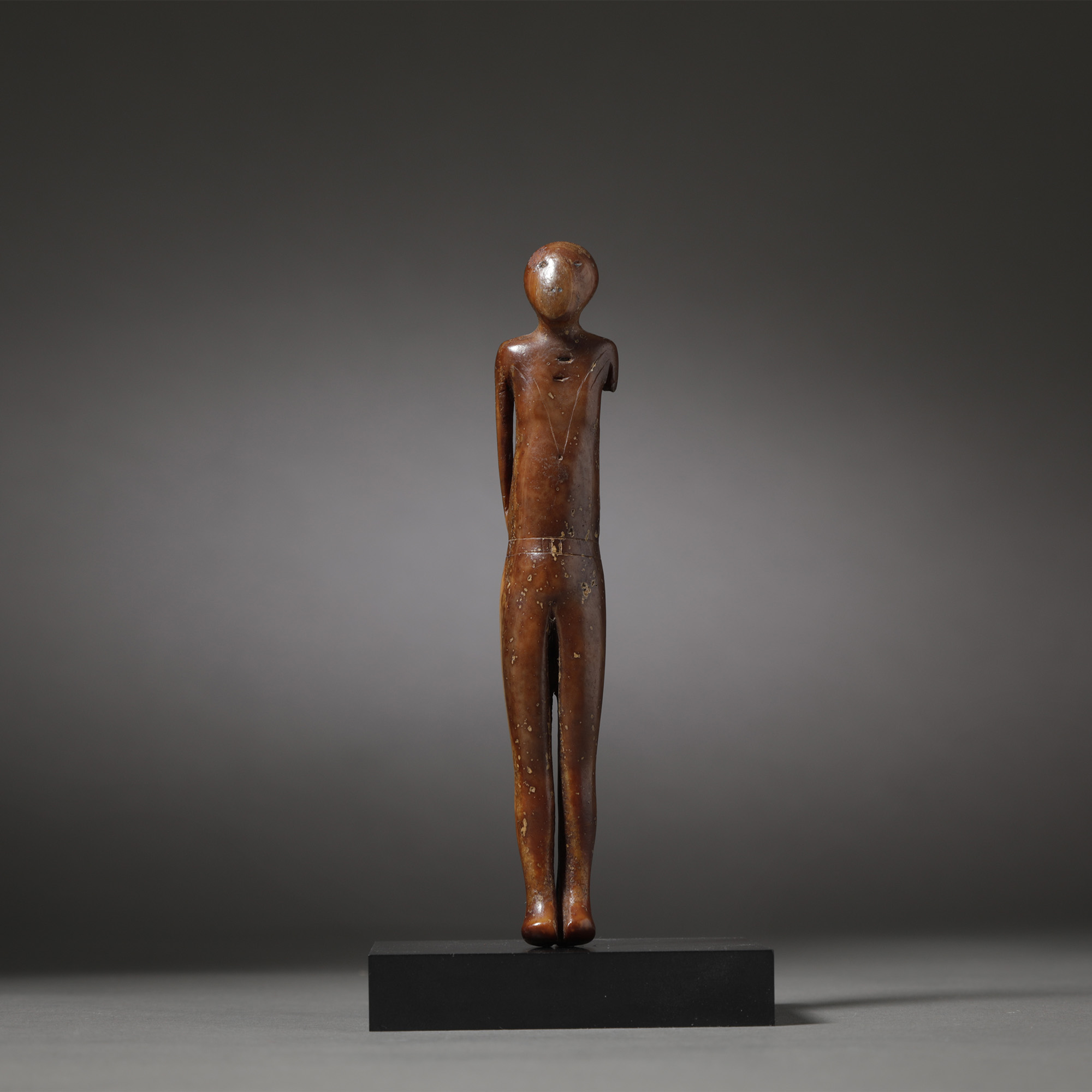 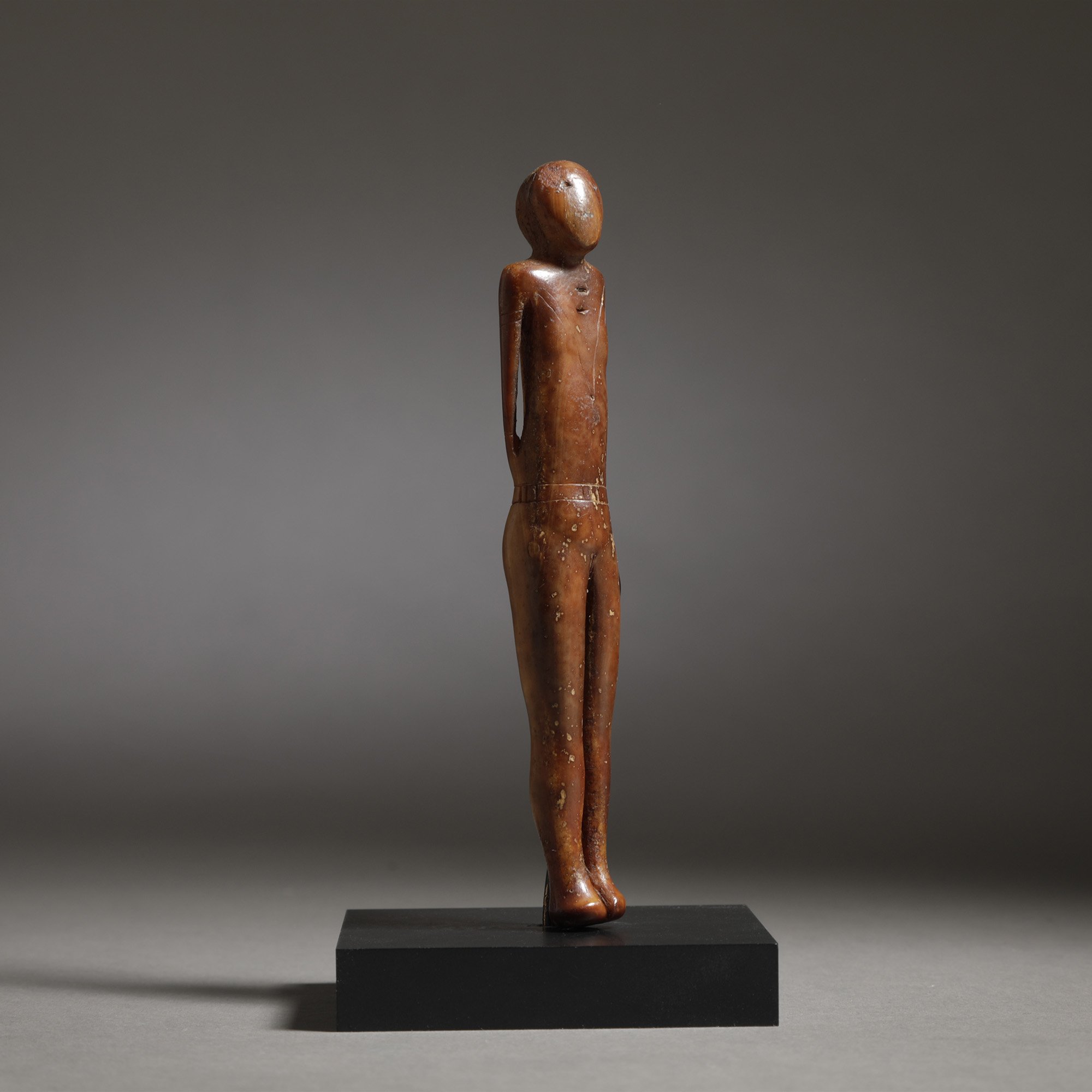 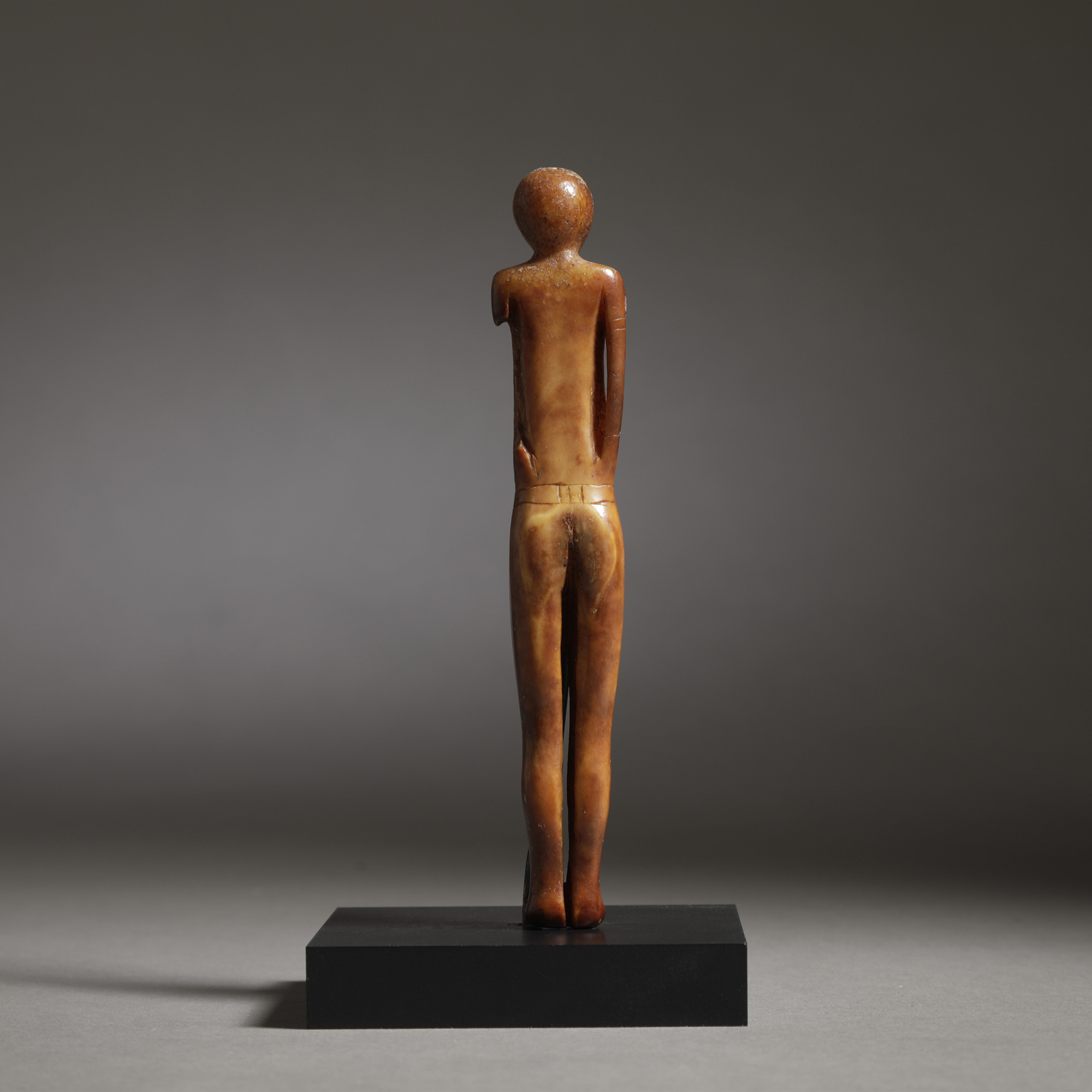 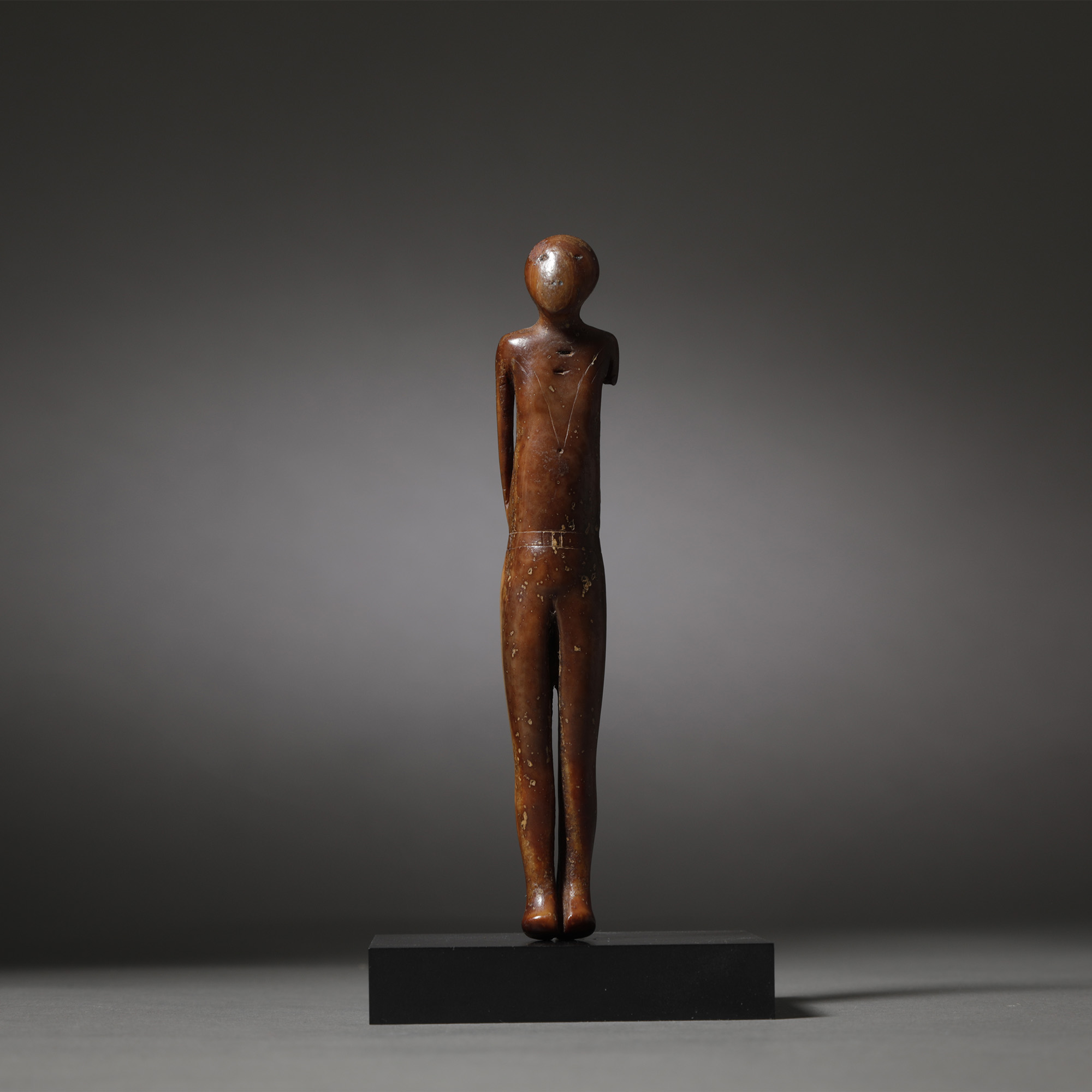