In Yoruba palace architecture, richly carved posts were incorporated into open-air verandas in courtyards, audience chambers, and façades, portraying elaborate stacked compositions of idealized characters of admirable virtues. Royal palaces were ambitious in scale and scope, and the carved posts within them were commensurately massive, sometimes featuring life-sized figures. The carvers of these works often learned in family ateliers, with distinct styles developed over generations, and the most distinguished individual carvers achieved great fame.
‍

The impressive house post offered here is by the master Agbonbiofe of Efon-Alaaye (d. 1945) or his workshop. His carvings are found in the collections of the Art Institute of Chicago, Princeton University Art Museum, the Metropolitan Museum of Art, the Dallas Museum of Art, and the Saint Louis Art Museum, among others.
‍

Two of the classic figures found in works of this type are seen here: a mother with children and a mounted warrior (jagunjagun). They are confidently carved with thick limbs, compact bodies and full, defined facial features. These are generalized images that in this context carry no particular symbolism. The maternity figure, which forms the lower portion of the post, depicts a seated mother nursing an infant and carrying a second child slung around her back. Her large eyes, domed forehead and slight smile project an air of benevolence and grace. A high coiffure supports the equestrian warrior above, who wears a tall helmet and holds implements in either hand. Astride his diminutive mount, he holds the horse’s reins and gazes assuredly forward. A lovely blend of curved planes and sharp ridges define the face, which shows a handsomely structured profile and strongly projecting beard. 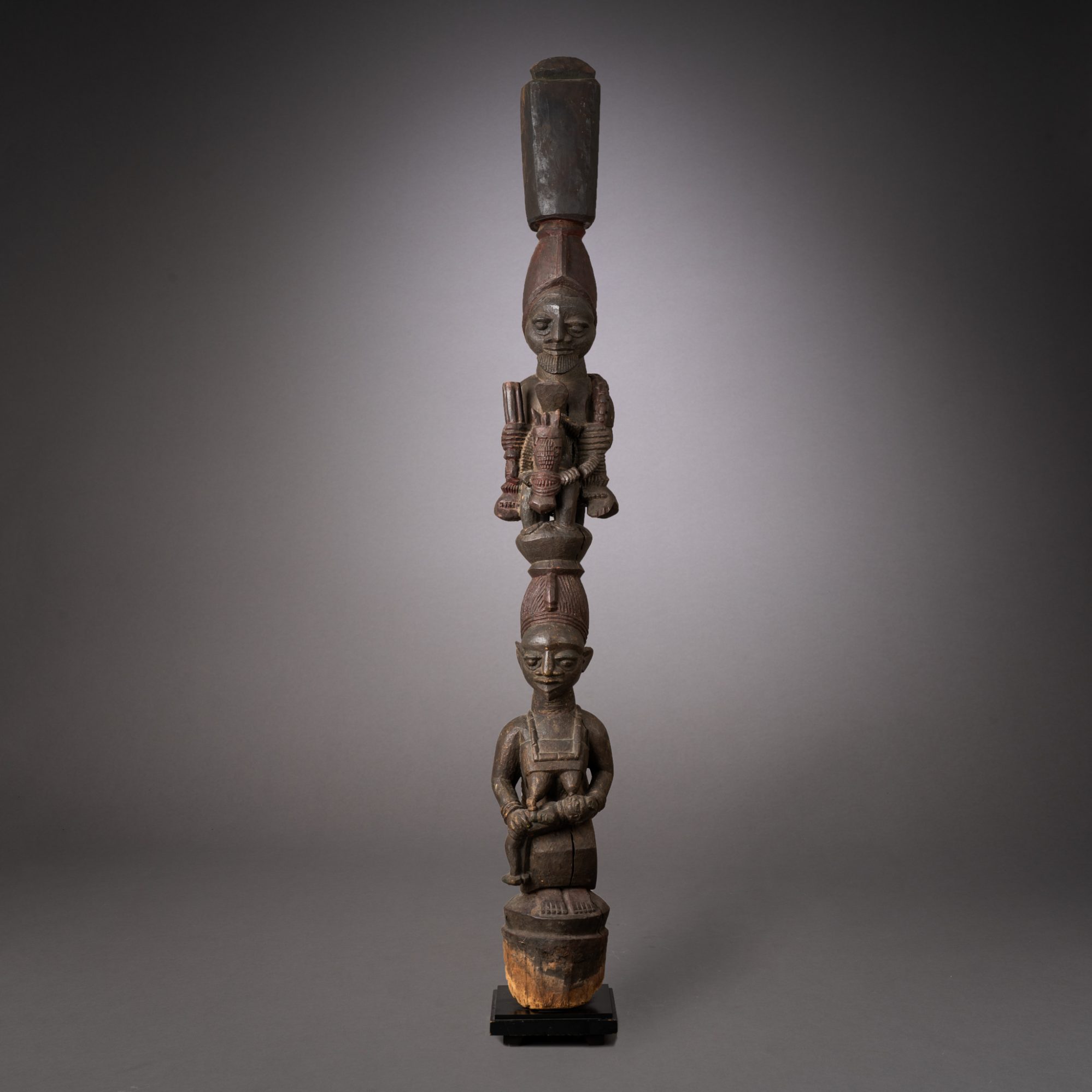 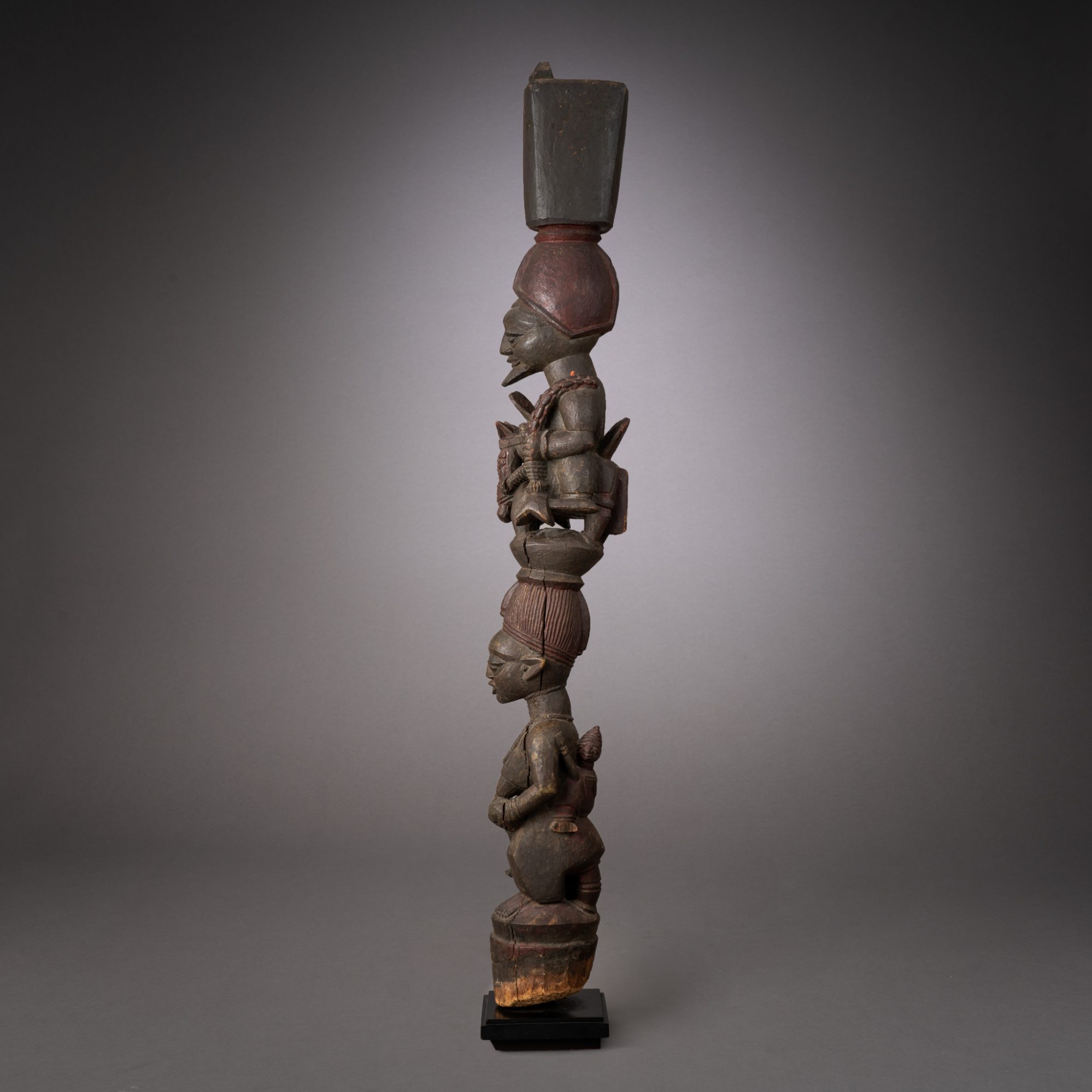 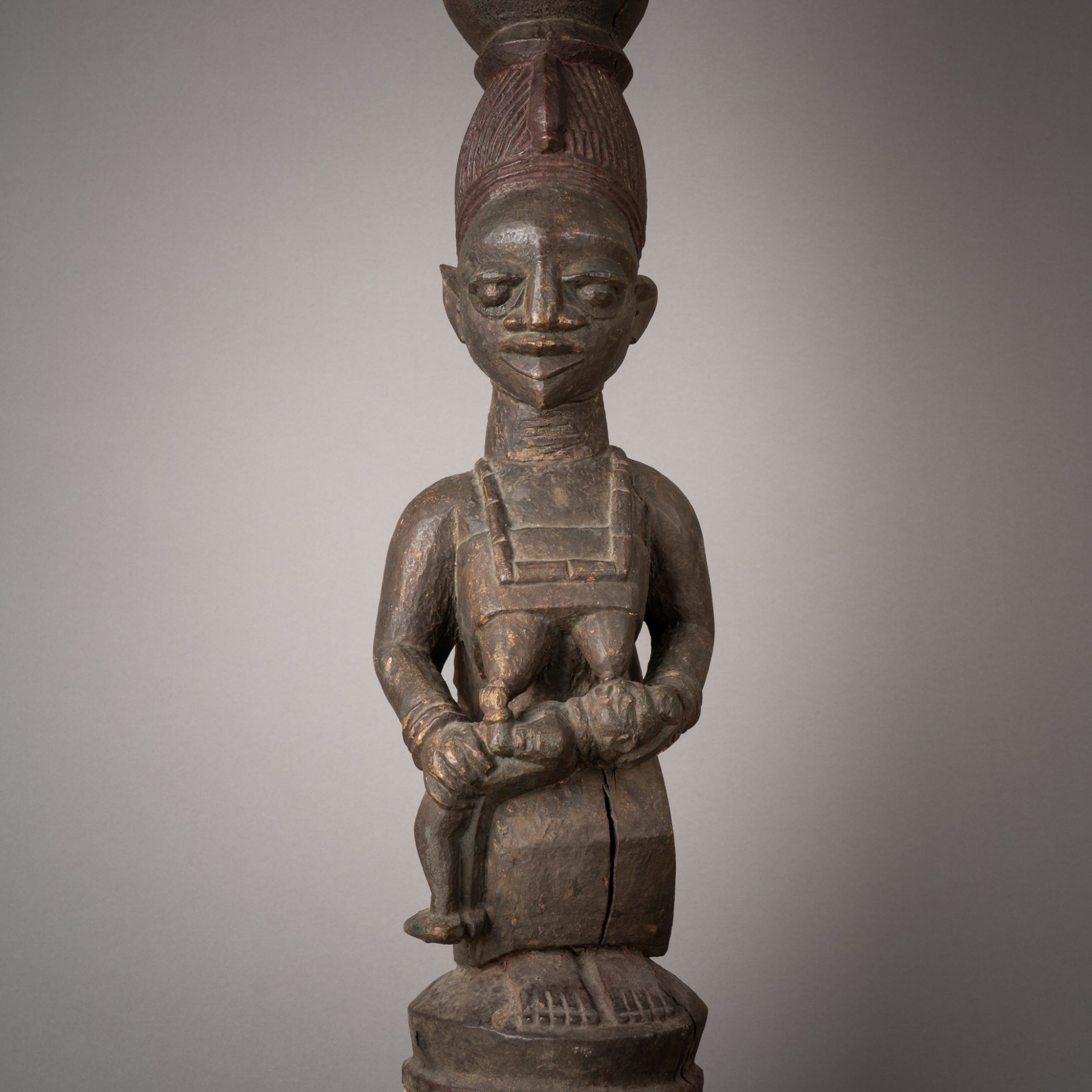 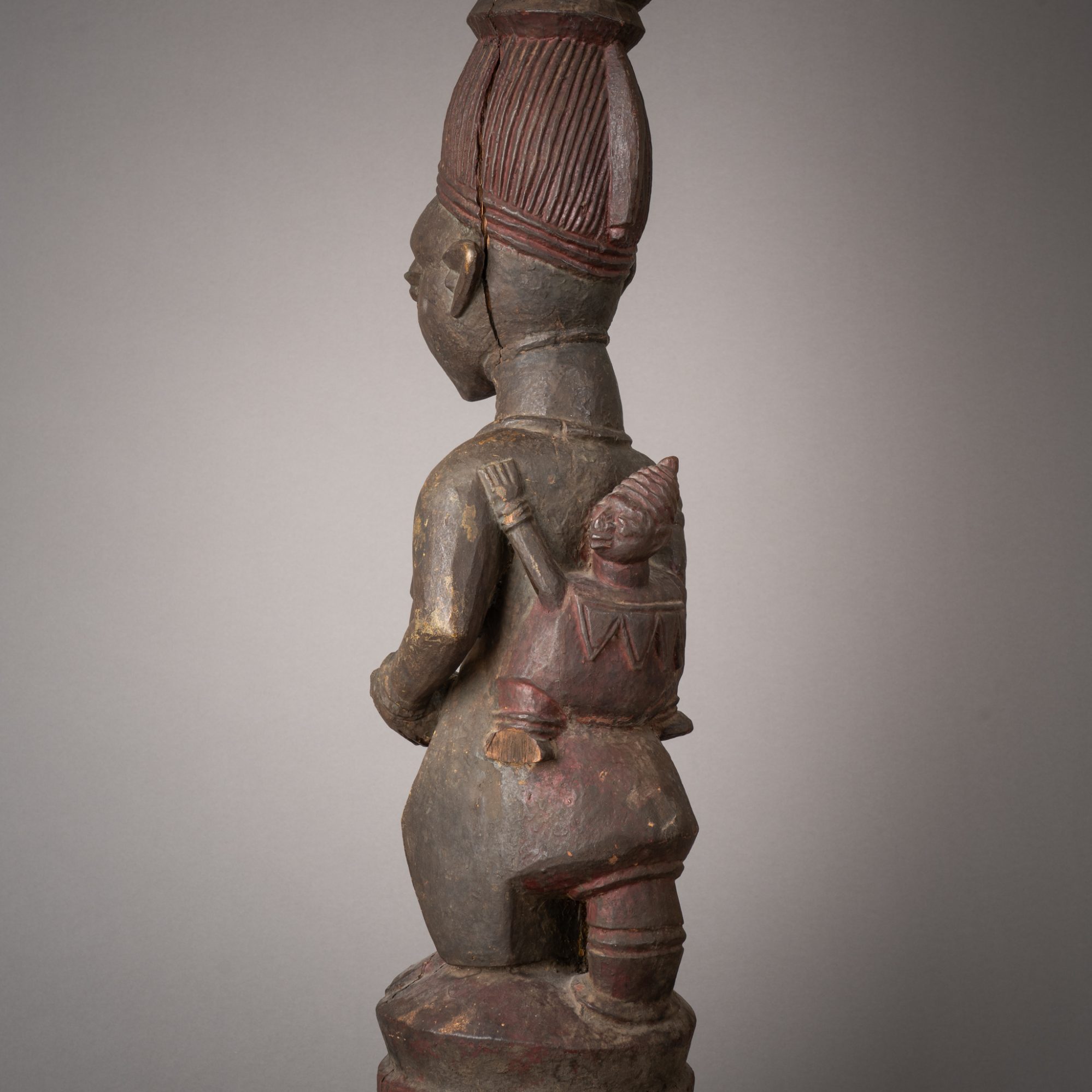